And like every other time this has happened with the Pokemon series, all the new Pokemon form and forms have been revealed too!

So as per usual, we’re gonna cover them all here at Gaming Reinvented. Hence if you don’t want any spoilers about now, stop reading.

Seriously, this is your last warning. Block any Pokemon or Pokemon Legends: Arceus hashtags on social media sites, and go somewhere else.

Because there are spoilers everywhere, and this article is no exception.

Regardless, if you’re ready, let’s go!

Starting with the bit I’m sure you’re all interested in. What are the new Pokemon in Pokemon Legends: Arceus?

Are there any new interesting ones, like alt evolutions of the starters?

Well yes and no. On the one hand, there aren’t any new starter evolutions. Those just get forms, as we’ll show later.

But lots of other Pokemon get them regardless. Including Ursaring and Qwilfish! 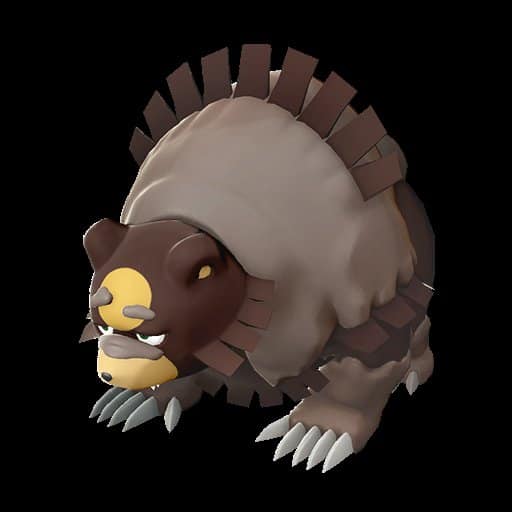 This one is a weird one. Ursaring wasn’t ever expected to get an evo, but it got one anyway, and it’s bipedal in some animations and a quadruped in others. Stats wise it’s basically just ‘a more powerful bear’, though its design is admittedly pretty cool.

Regardless, it’s a Normal/Ground type with the following stats: 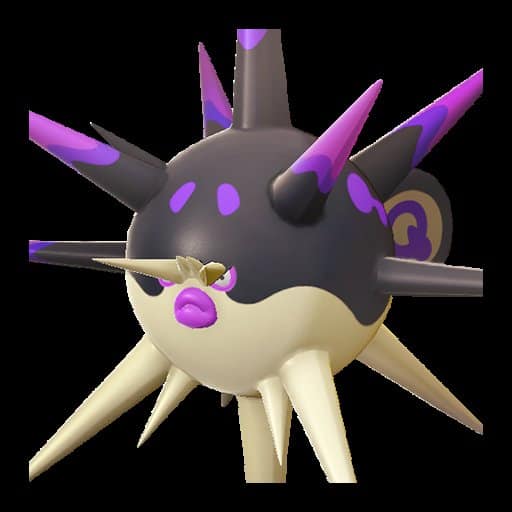 Meanwhile here’s, Qwilfish’s evolution. It’s got a super weird design overall, though its existence is appreciated given its earlier forms lack of usefulness in most games. It’s a Dark/Poison type (like its earlier form’s regional variation), and has the following stats:

And they’re not the only ones. No, Sneasel gets an evo too. Here it is, pictured alongside its prevolution’s Hisuian form: 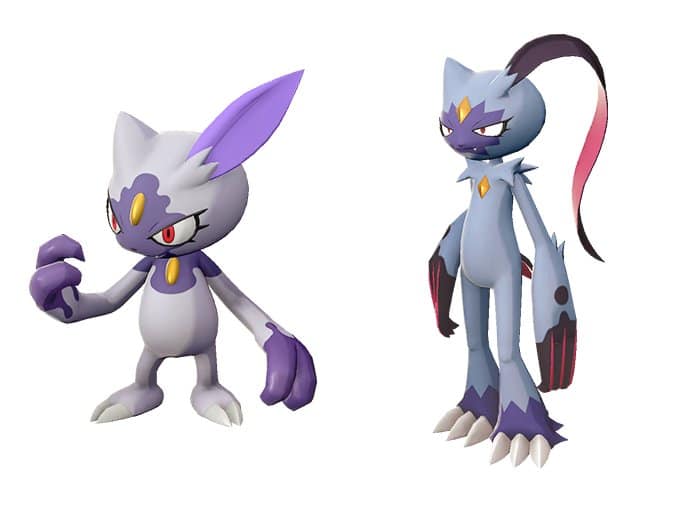 Yes, it’s called Sneasler, and looks even more humanoid than its predecessor. Like with Ursaluna, it’s basically Sneasel but better, but it’s a decent inclusion nonetheless, with an interesting Poison/Fighting typeset, plus base stats of the following:

Finally, we have a new legendary. This guy is part of the Forces of Nature trio, and named Enamorus. 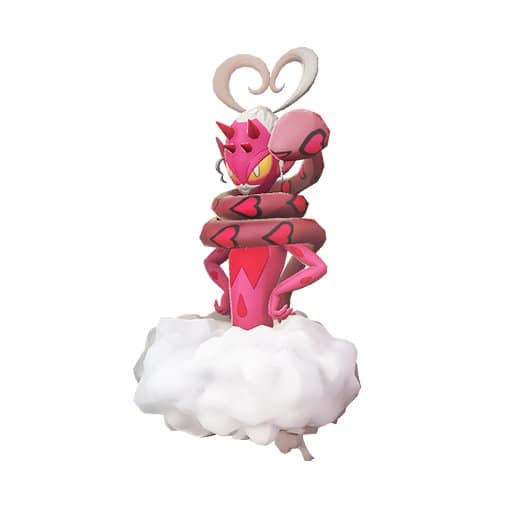 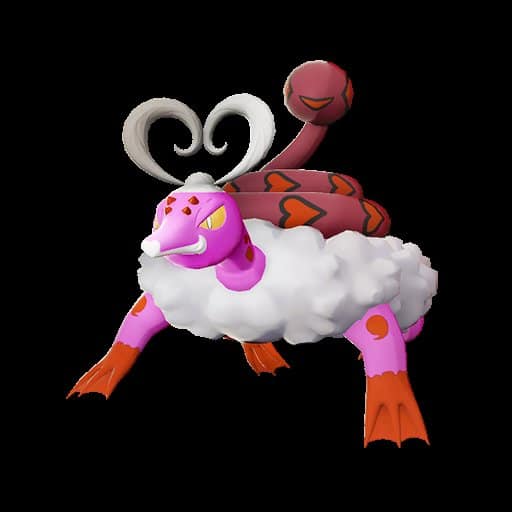 The other one of new legendary Enamorus’ forms in Pokemon Legends: Arceus

Either way, it’s an interesting one, with a Fairy/Flying typing, the following stats, and some potential usefulness in whatever metagame developers in future.

Regardless, those are the ones we haven’t already seen in trailers. For completeness sake though, here are the Pokemon we already knew about, plus their model and stats… 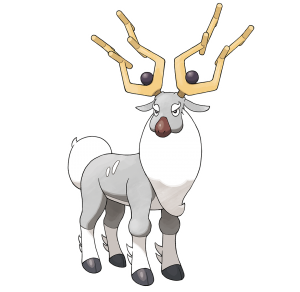 With Wyrdeer being the first. As expected it’s basically Stantler except sorta decent, and adds the Psychic typing to make it a Normal/Psychic Pokemon instead of a mere Normal type. Here are its stats: 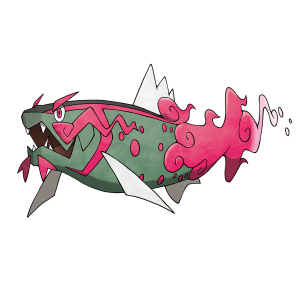 So onto Basculegion then. And this one… actually has some interesting form differences.

As you can see, it’s more Attack focused. Meanwhile its female versions’ stats…

Are more Special Attack focused instead. They’re both decent upgrades for an otherwise fairly useless Pokemon, but your entire team building strategy is gonna need to change based on which gender you get. 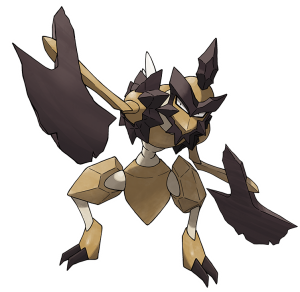 Official artwork for Kleavor, taken from the Pokemon website

Finally, here’s Kleavor, Scizor’s Hisuain equivalent. As we know it’s a Bug/Rock type, albeit with the following stats:

That gives us higher attack and speed than Scizor, but lower defence, special attack and special defence stats in exchange. Going to be interesting to see how it stacks up.

Still, onto the new forms now. We all knew that Braviary, Growlithe, Zorua, Zoruark and Voltorb got new forms here…

So we’ll quickly get the already known about one stagers and families first. 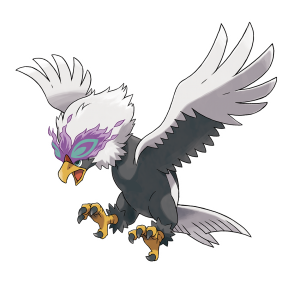 The new form of Braviary in Pokemon Legends: Arceus

Starting with Braviary’s regional form. It’s an odd choice thinking about it, given it’s a regional form of an American Eagle found in a Japanese area.

Either way, it’s a Psychic/Flying type with the following stats: 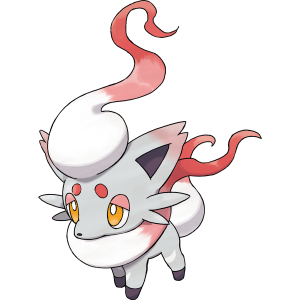 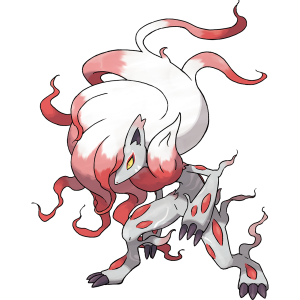 There are also new forms for Zorua and Zoruark too. They’re dark as hell backstory wise (they were introduced to a region they couldn’t survive in, so died and had their souls return to haunt the living), but otherwise pretty decent stats and data wise. With Normal/Ghost typing and the following stats, they’re pretty scary looking to say the least:

Before moving onto the rest. For example, Both Growlithe and Arcanine have new designs here. 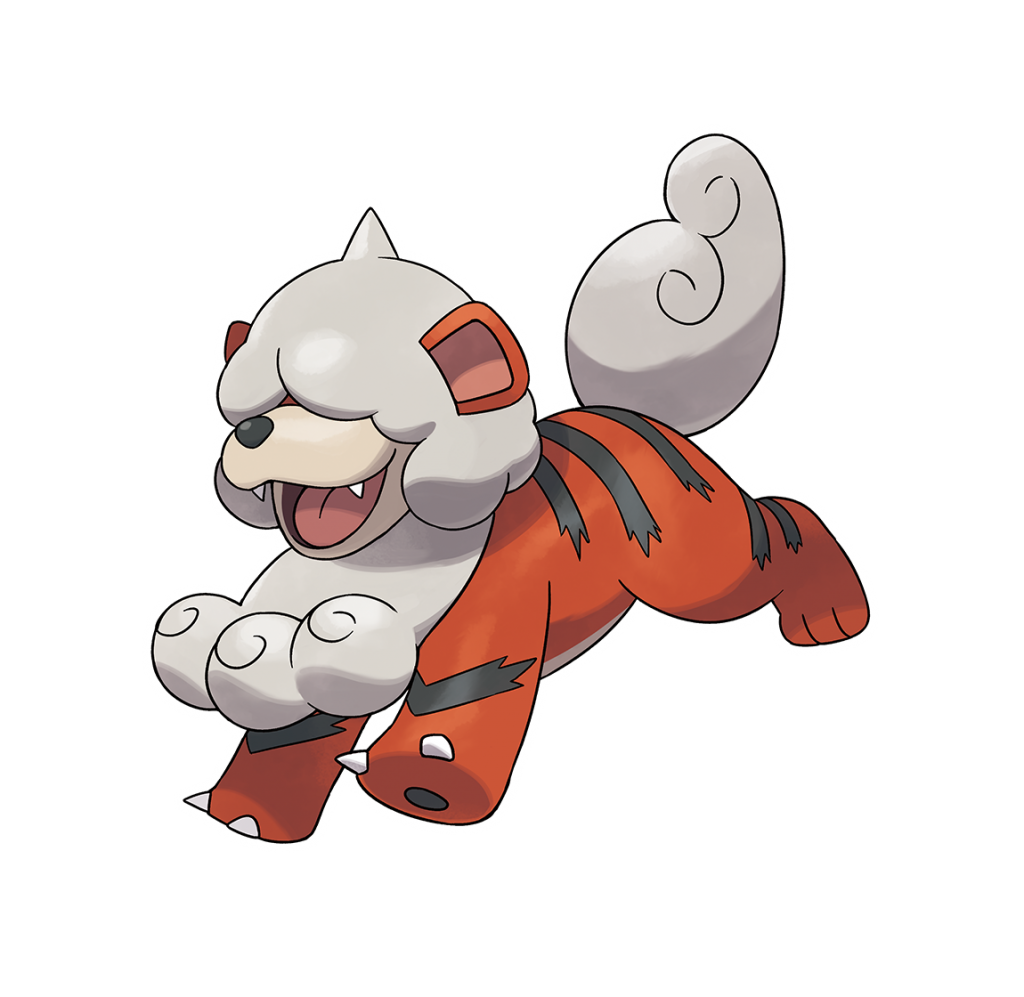 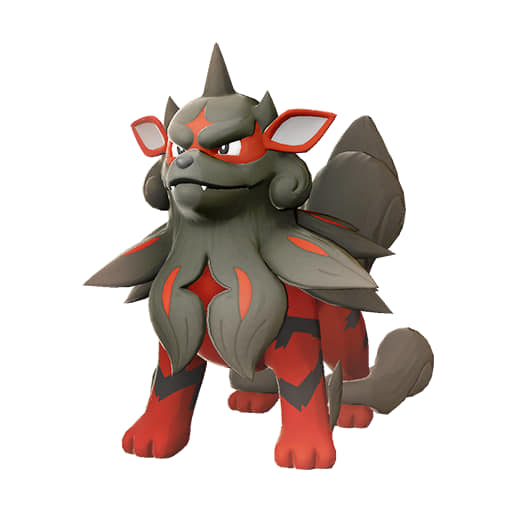 And they both look pretty damn cool, given how they were based on traditional statues. Either way, their Fire/Rock type, with the following stats:

As do Voltorb and Electrode, given how standard Poke Balls didn’t exist this early in history. 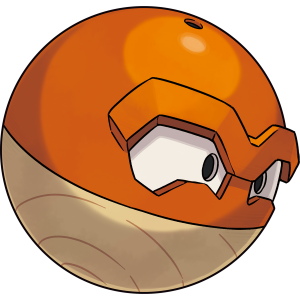 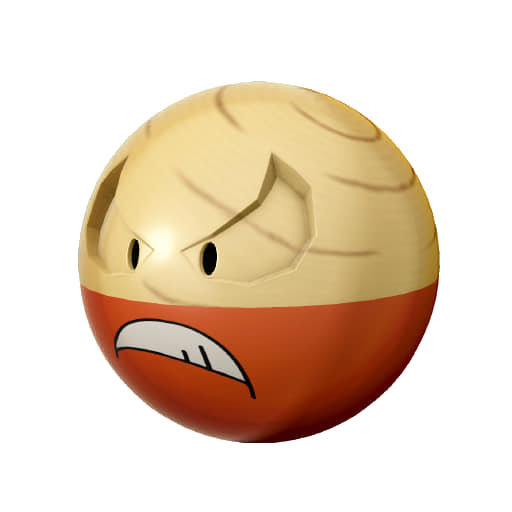 With both being Electric/Grass types with all the quirkiness you’d expect. Interestingly, the one difference stats wise is 10 extra points in speed, because we all know that Electrode wasn’t fast enough already… 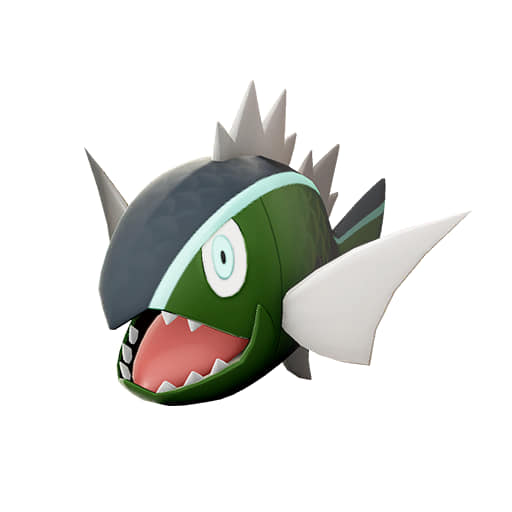 With the exact same typing as its normal form. Same stats too, which makes you wonder why there’s another form here. Hmm.

Still, it’s not the only unexpected choice here. No, Liligant gets a new form too… 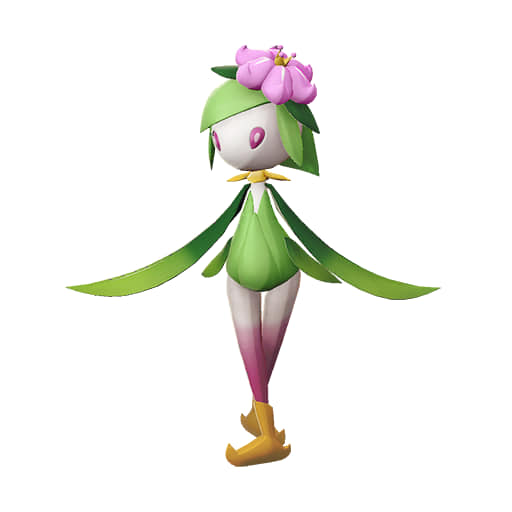 Which in its case, adds the Fighting type and flips its attack and special attack stats around. It’s basically a physical counterpart to the original version, which is neat enough.

Its stats are as follows:

Continuing the weird redesigns trend, Avalugg also got a regional form too… 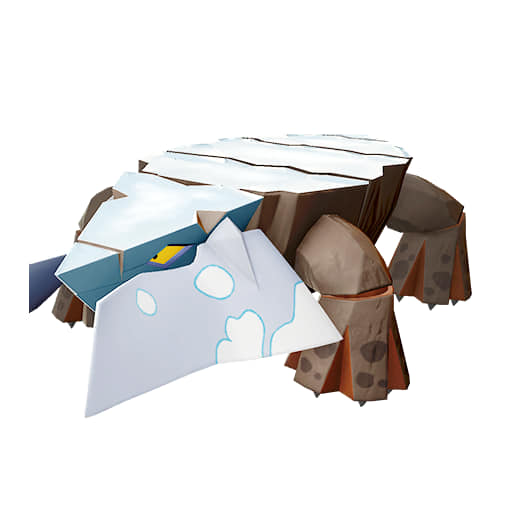 Which is basically the same as Avalugg as it already is, except slightly more brown in terms of colour scheme. It’s now a Rock type too (which is not great competitively), and its stats are even more physical orientated than than the existing version, so you have to wonder why exactly they changed anything here.

Its stats are as follows:

Finally, we have two new regional forms of the Goomy family.

And yes, we did say two, since Goomy is being ignored altogether. For whatever reason, while its evolutions get Hisuian forms, the original one doesn’t.

Regardless, they’re neat designs. They make the family look more like snails with shells, and add a neat Dragon/Steel typing to the mix too.

And that brings more defensively orientated stats too. Indeed, while the differences are very minor, it seems like their HP and speed has been slightly cut in favour of their defence, befitting the new typing.

Either way, you can find their stats here:

Still, onto some more ‘interesting’ forms now. Namely, the new forms of the starters from this game.

Since as you all figured, there was a reason they picked three random starter lines from three different generations. Namely, a form related reason.

Whether they’re worth that priviledge… well that’s another question. As you can see, they’re an ‘interesting’ bunch to say the least… 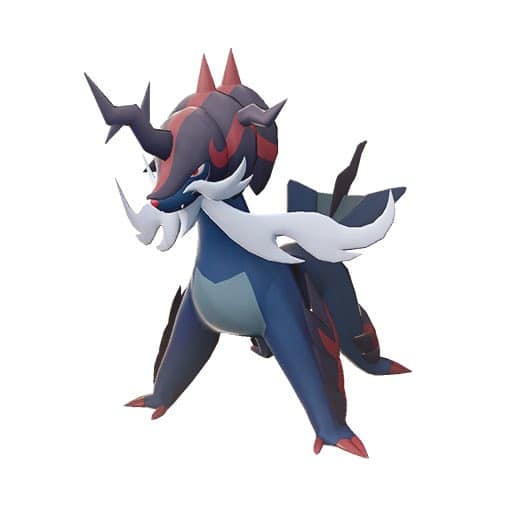 Samorott’s Hisuian form. It’s like the original, but darker 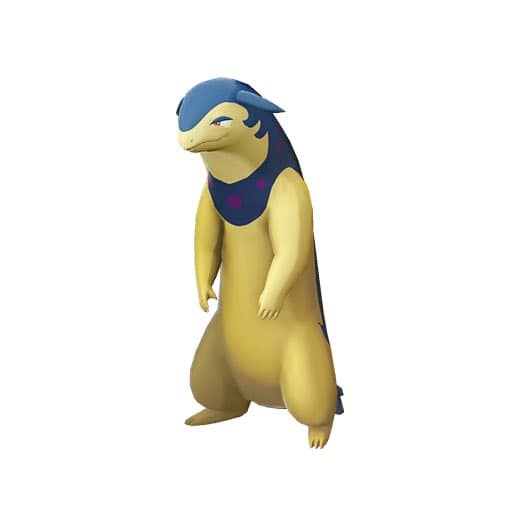 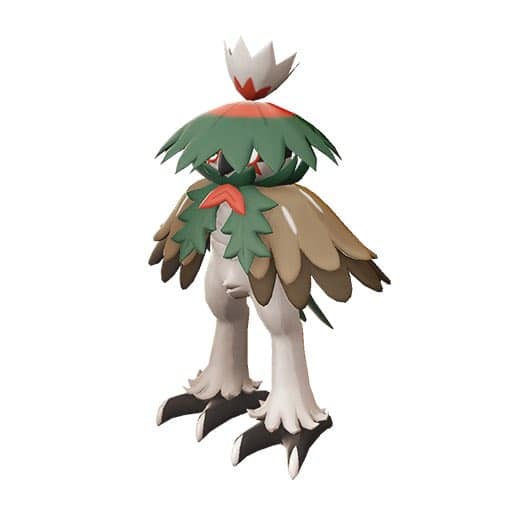 Decidueye’s Hisuian form. What is that hair style?

And their reception has been mediocre to say the least. Out of this batch, Samurott is at least the most well received, though the other two are seen as questionable revisions at best.

Regardless, their typings are slightly unique (Water and Dark for Samurott, Grass and Fighting for Decidueye and Fire/Ghost for Typhlosion) and their stats are that little bit different, so they certainly differentiate themselves from their original counterparts well.

Finally, we’ve got new forms for Dialga and Palkia. Known as their ‘Lord’ forms, these ones make them look way more like Arceus, in all its equine glory. 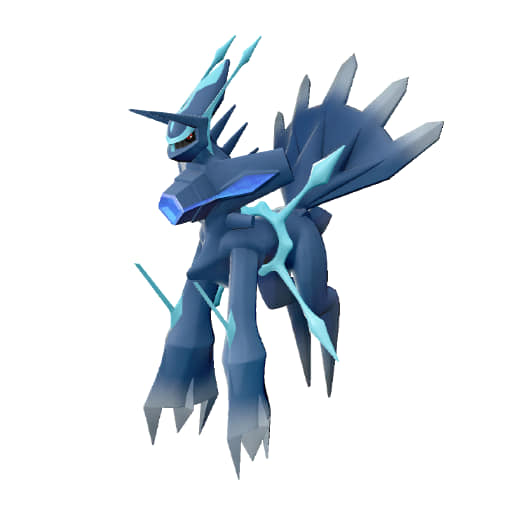 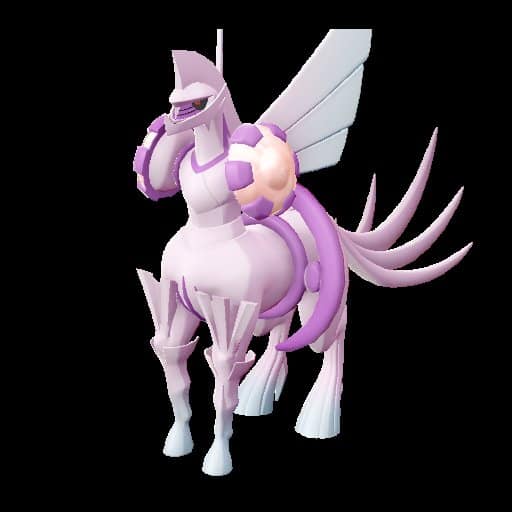 Yeah, they’re interesting aren’t they? Certainly not the kind of designs people expected, but they certainly have that alien feel to them nonetheless. As for game data?

Eh, they’re mostly the same. Their types are identical to before, and their stats are… mostly the same, with a few minor tweaks here and there (Dialga now has higher special defence than attack, Palkia trades its attack for speed). So probably good competitively, but almost interchangable with their original versions.

So yeah, that’s every new Pokemon and form in Pokemon Legends: Arceus. It’s not the best set of new Pokemon or forms from what we’ve seen, but it’s more than we expected at least, and adds a nice bit of flavour to a somewhat lacking generation.

The Whole Pokédex of Pokémon Legends Arceus has been leaked (Reddit)