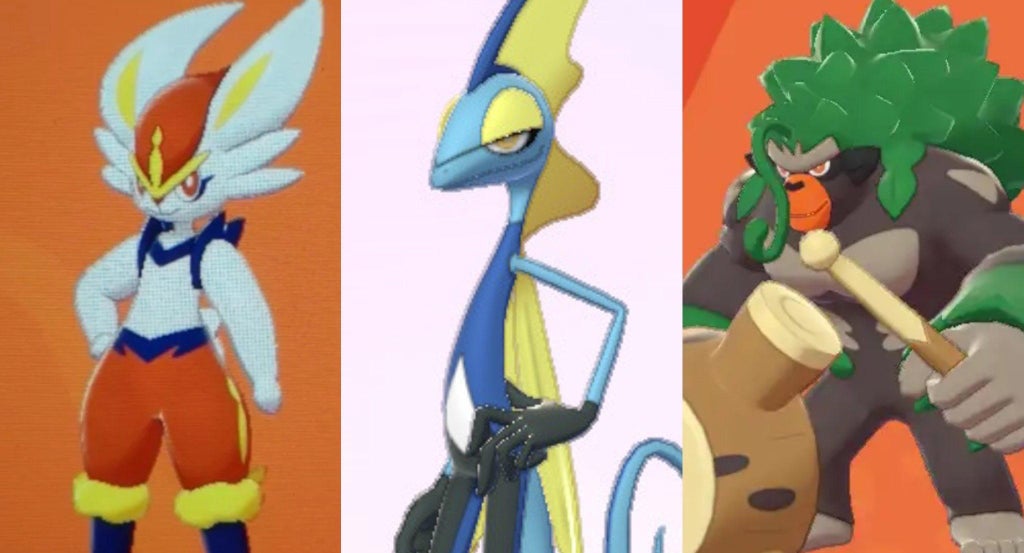 As is the case with every major Nintendo game in the last few years, Pokemon Sword and Shield have leaked online prior to their release date. This means that information about the new Pokemon, forms, characters and story elements from the titles are now available all over the internet, with anyone interested in the series being able to find out everything and anything about them as a result.

Unfortunately, most gaming sites… didn’t really say much about said leaks. Oh sure, they mentioned they existed online. But that’s all they could say, since they agreed deals with Nintendo to keep quiet about most of the titles’ content in order for access to things like preview events and review copies. It’s disappointing really, and shows just how little games journalism with any other form of journalism sharing the same terminology.

But we’re not like other gaming sites. Unlike them, we have no obligations to keep Nintendo’s secrets, since we didn’t sign any agreements with the company saying what we could and could not give away about their future titles.

So in this article, we’re gonna take a look at all the Pokemon Sword and Shield leaks, and tell us our thoughts about every single one of the new reveals, a full week prior to the game’s release date?

Ready? Let’s do this!

Starting with the new species of Pokemon found in said games. They’re an interesting bunch to say the least:

Whereas many of the new forms for existing Pokemon just retain nothing of the charm from the originals. Like Mr Mime here, who’s Galarian form seems to have no personality whatsoever. Or Meowth, who looks like a blob of fur with arms and legs (and evolves into another such creature instead of Persian).

They just all look so bland here. Like Game Freak’s designers can’t create appealing 3D models to save their life, and had to go with something simplistic and out of style to fit the limited tooling they had to work with.

None the less, not every new design is a disaster. In fact, while Scorbunny’s evo is rather lacking, the ones for Grookey and Sobble are actually quite good, with unique themes that haven’t been done much in the series before.

Same goes with the legendaries here. Zacian and Zamazenta still look as good as ever, whereas Eternatus is probably one of the creepiest looking monsters the series has ever seen. Seriously, look at this thing. It makes the Ultra Beasts from gen 7 look normal by comparison! 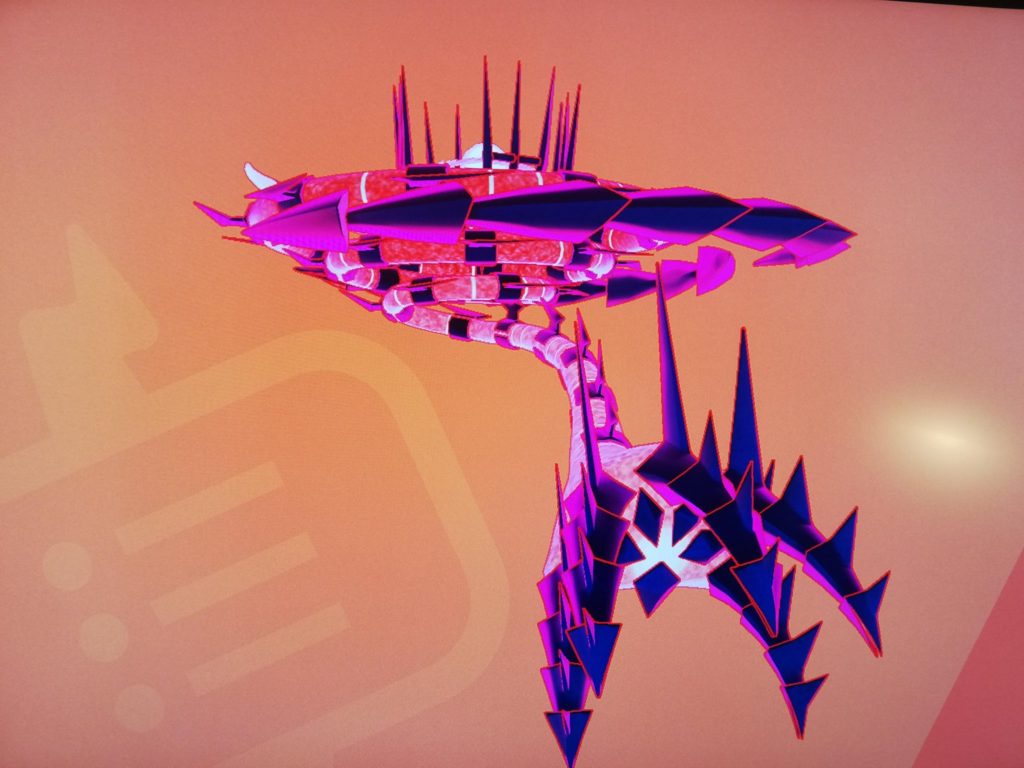 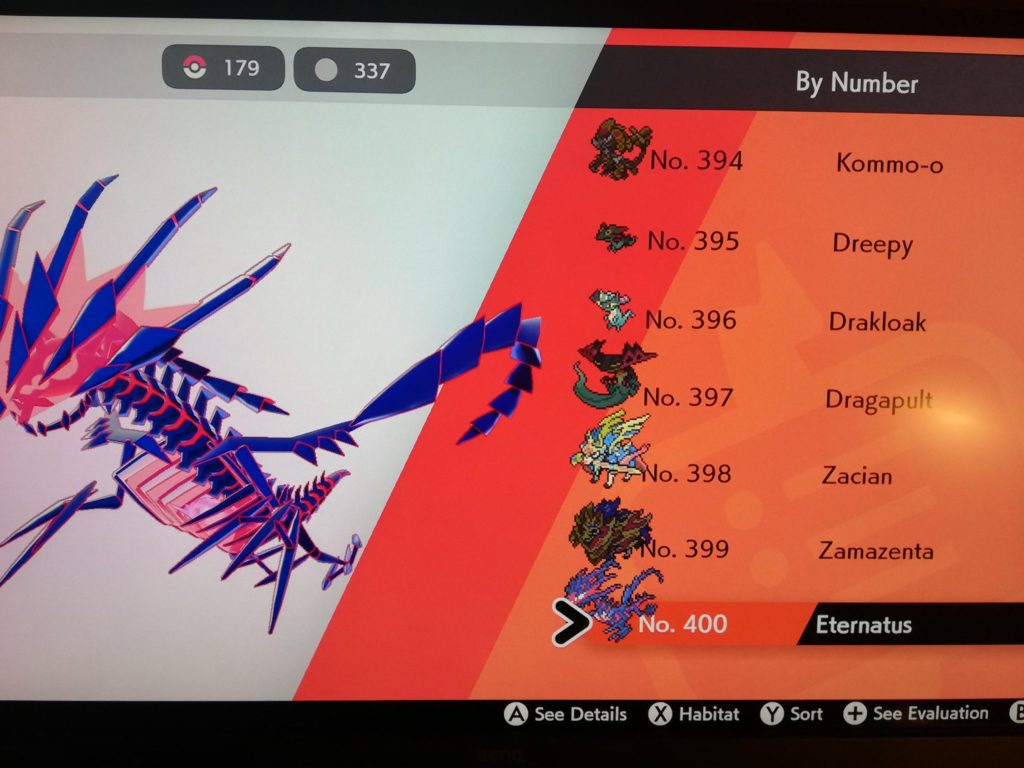 And there’s a surprising amount of love for under-appreciated older gen species too. Okay, everyone knows about Sirfetch’d, and how it’s given Farfetch’d something beyond joke status in these games, but with Mr Mime, Corsola and Linoone all get new evolutions, and Stunfisk, Darmanitan and Meowth new forms, it’s clear that cross gen evolutions and forms are back on the table again. Nice to see, especially after three generations where they were rare to non existent. 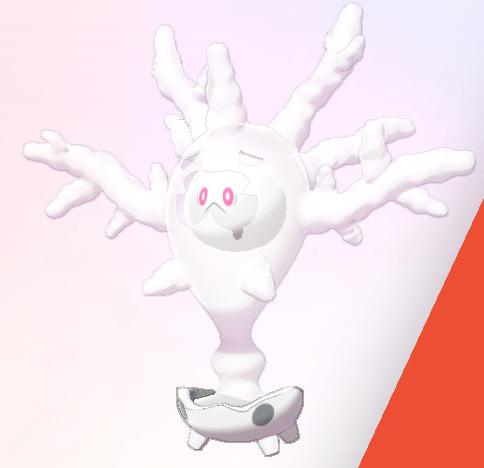 So it’s a mixed bag really. There’s some terrible stuff sure, but there’s also some good designs none the less, as well as others which actually make Galar feel like its connected to past regions in ways beyond a couple of random cameos.

Plus even for the weakest Pokemon designs, it seems the stat spreads in this game are a damn lot better than their Kalosian and Alolan counterparts overall. Why? Because for whatever reason, everything actually seems kind of… well, good in this game.

For instance, have a look at some of the stats in this spreadsheet:

As you can see, they’re generally on the decent side all round. For instance, the starter stats here are actually decent on a competitive level: 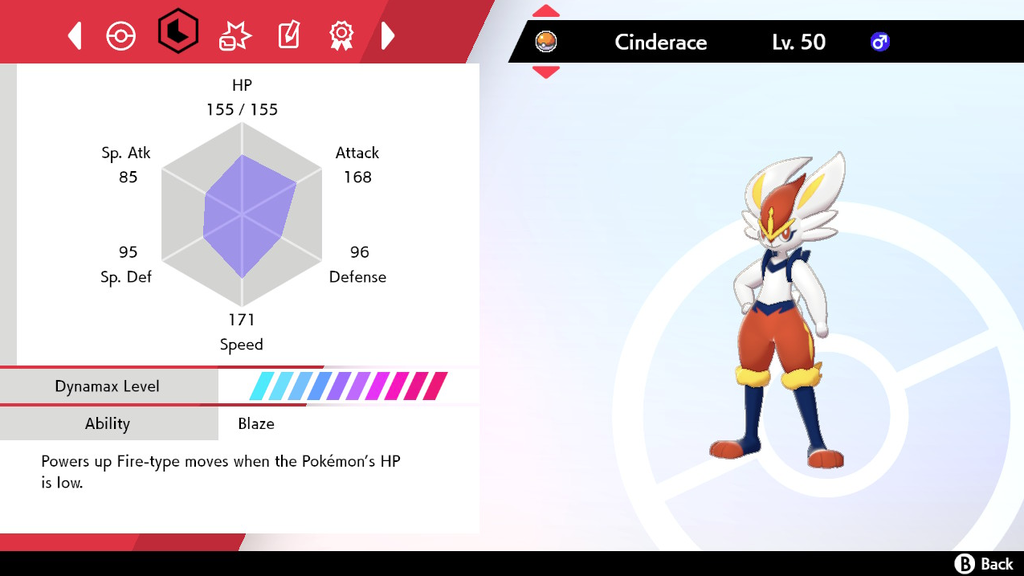 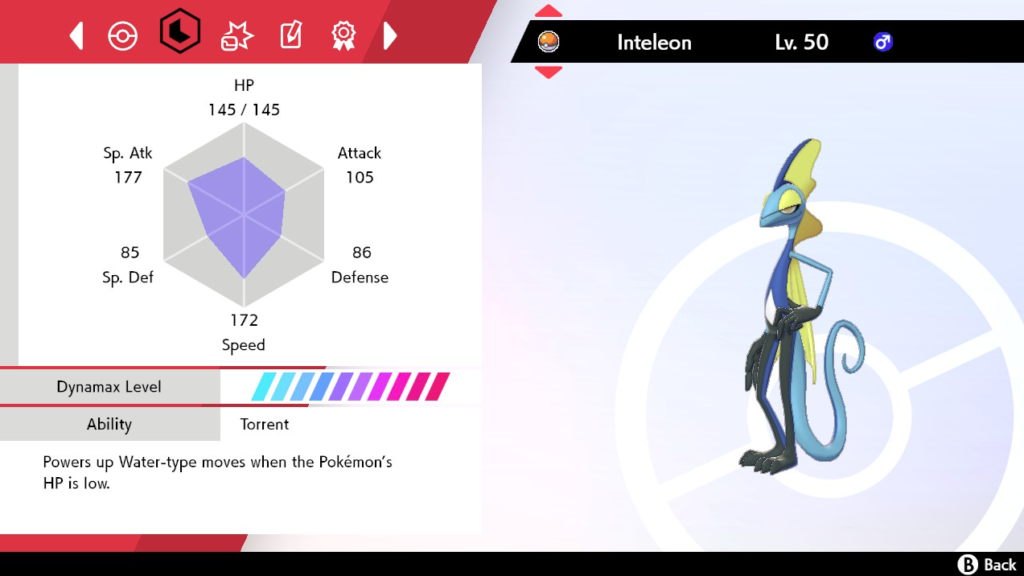 With two of the three being fast enough to potentially make it into Smogon’s OU tier, plus hard hitting enough to make their versatile movepools actually mean something.

So good news starter fans; they’re actually usable in the metagame this time around!

And the same goes for quite a few other unexpected species too, many of which have useful abilities in addition to decent stat spreads. There’s a barracuda Pokemon (Barraskewda) that nearly hits as hard as Deoxys: 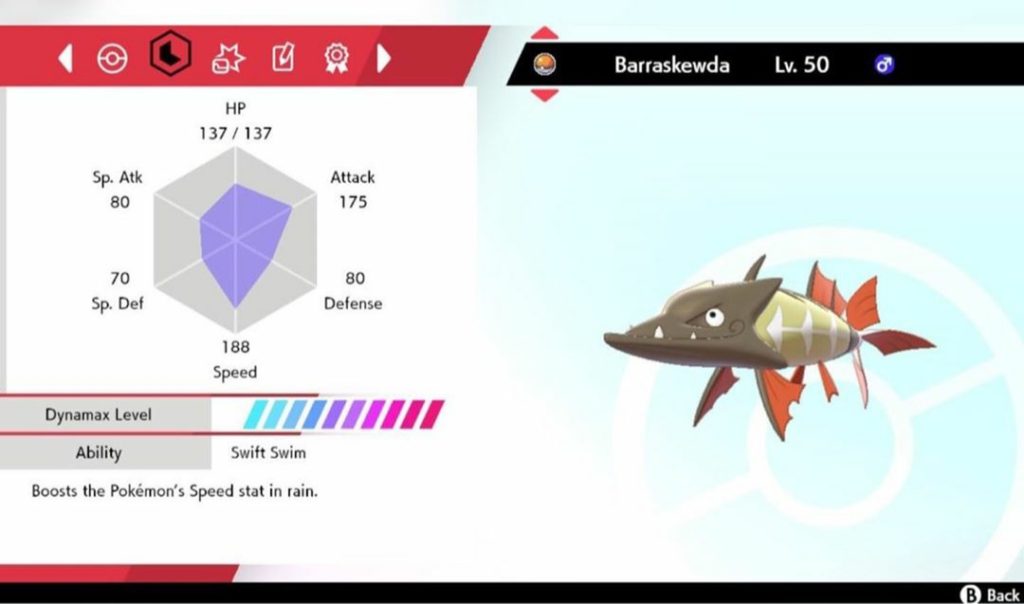 Mr Rime has decent enough stats and abilities to actually make a decent in the metagame: 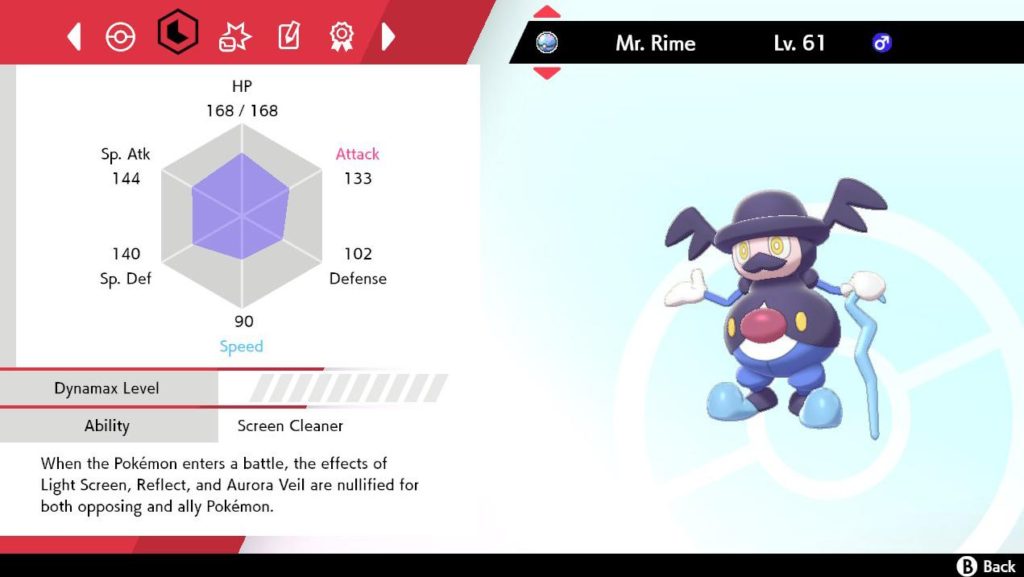 The early game rodent and bird Pokemon are potentially metagame viable too: 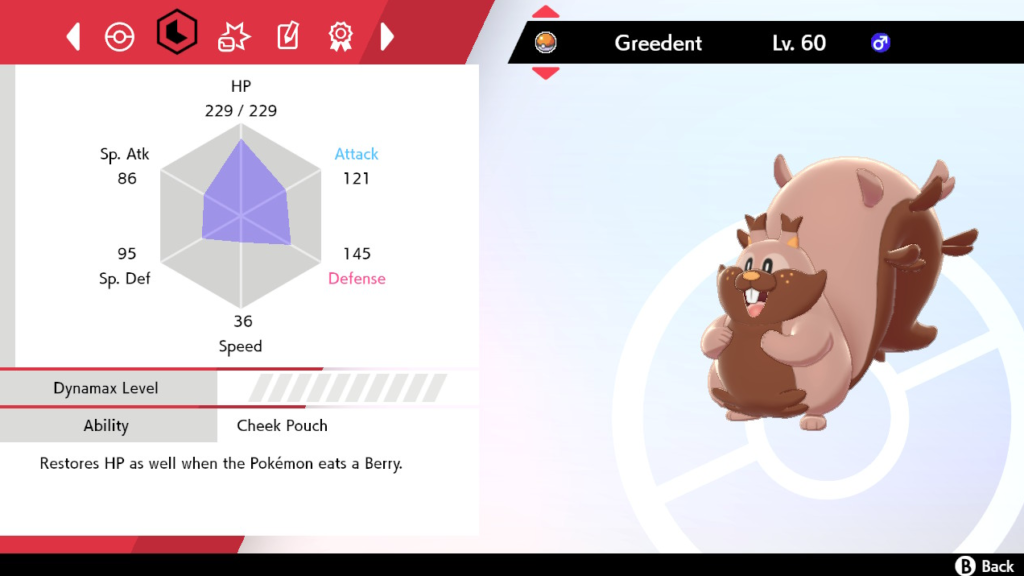 And even our ugly penguin friend has an ability which could be absolutely incredible under the right circumstances:

It’s a huge step up from past games, and after two generations of mostly unusable normal Pokemon (6/7), makes us feel that Game Freak really want to shake up the competitive scene to hell and back.

So kudos on that one guys. You’ve actually done the impossible, and seemingly made a generation where most of the newcomers are actually usable at tournaments/in Battle Tower type facilities for once.

Which admittedly is probably a good thing when you realise just how many iconic Pokemon didn’t make the cut from past generations this time around. Seriously, have a look at the list: 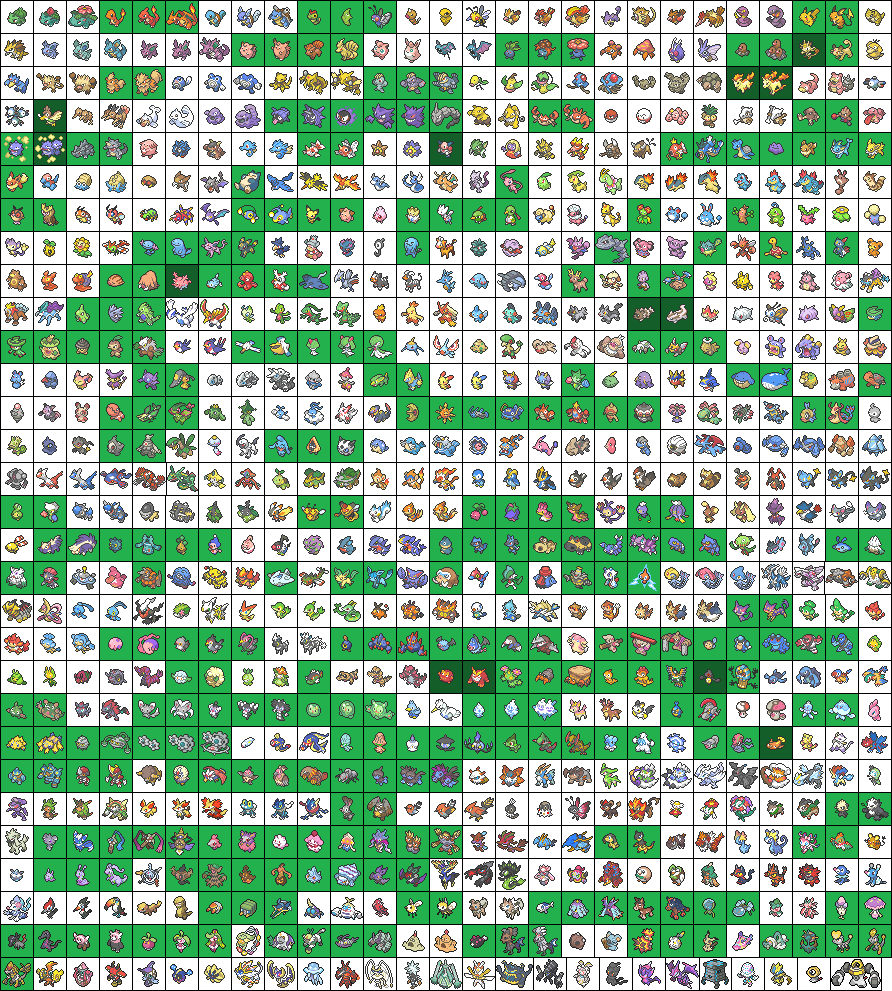 See those ones highlighted in green?

Yeah, those are the only old Pokemon available in Pokemon Sword and Shield.

We aren’t making that up.

That literally means that every starter outside of the Charmander line, every legendary from past games, most of the pseudolegendaries from past games and roughly 90% of Smogon’s OU tier has been cut from Sword and Shield.

That’s a hell of a lot. Especially when you consider that as a result, only two of the Pokemon playable in the Smash Bros series made it over as well.

So even if the new Pokemon weren’t any good competitively, the metagame was going to have to change anyway. Half the roster was basically Thanos Snapped out of the games after all…

Still, enough about the Pokemon themselves for a bit now. After all, as interesting as they and their potential non existence in the games are, they’re not the only interesting element of the games.

No, the characters, story and locations have their interesting elements too. What do we know about it?

Not all that much to be honest. The leakers posting about these games haven’t put a lot of focus on those aspects overall.

But they have shared a few intriguing details none the less, including a few that give away many of the narrative themes present in these titles.

That Team Yell aren’t the main bad guys this time around. Instead, they’re basically just a faction of supporters associated with a Dark type gym found later in the game, where Marnie’s brother is the gym leader.

No, the main ‘bad guys’ are the league themselves, with Chairman Rose apparently wanting to wake Eternatus (the evil legendary mentioned above) to prevent a future energy crisis in Galar. This then happens during the league championships, and sets up a battle with said legendary’s more powerful form as the main climax of the story instead.

It’s a unique setup to say the least, and provides perhaps the most ‘realistic’ story of any game in the series. After all, most real life conflicts don’t have obvious good and evil sides, and previous storylines were getting over the top even by Pokemon standards. It’s nice to see a bit of change now and again.

It’s also nice to hear that certain elements of the core gameplay structure may be getting mixed up too. Apparently the Elite Four aspect of the series is gone in this one too, and the pre champion battle is actually an anime style tournament/conference which has you against a variety of powerful trainers, including rematches with earlier gym leaders with powerful teams in their possession. Adds a neat bit of variety to a point which will likely be repeated time and time again for level grinding purposes.

Still, end spoilers, as we look at some of the locations…

Since the settings of a game are about as important as the things you can do there.

And in that sense, Pokemon Sword and Shield look like a fairly mixed bag. On the one hand, the main city of the game (Wyndon) seems to be quite a large area to explore, with many places that resemble real life parts of London: 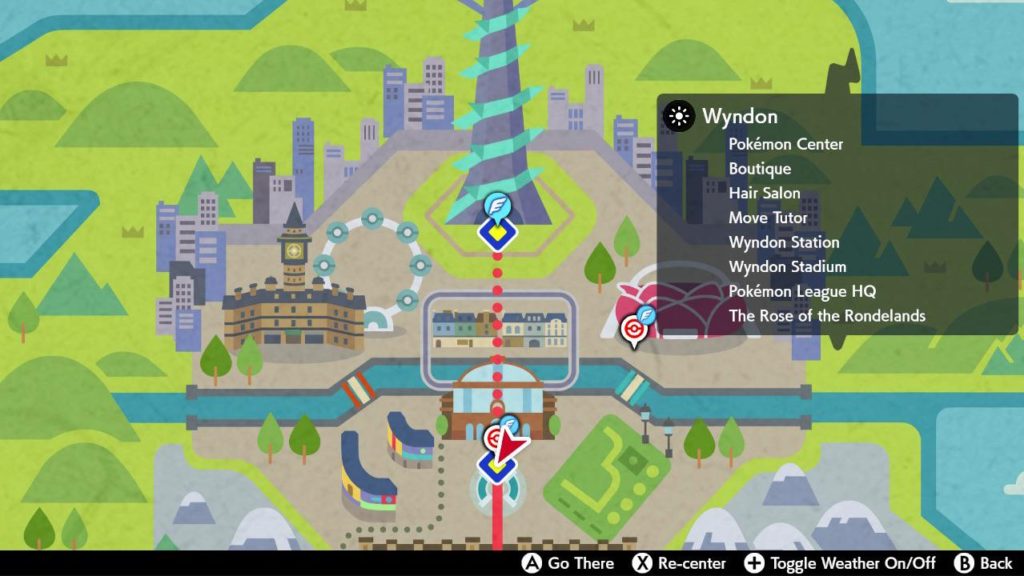 So for UK players, it’ll be a neat experience to see the game’s version of their major city and check how it compares with the in game one.

And the same can be said of many other areas in the game too. They’re all based on notable UK locations, and all have a fair few things to do there as well, with tons of shops and buildings to explore. 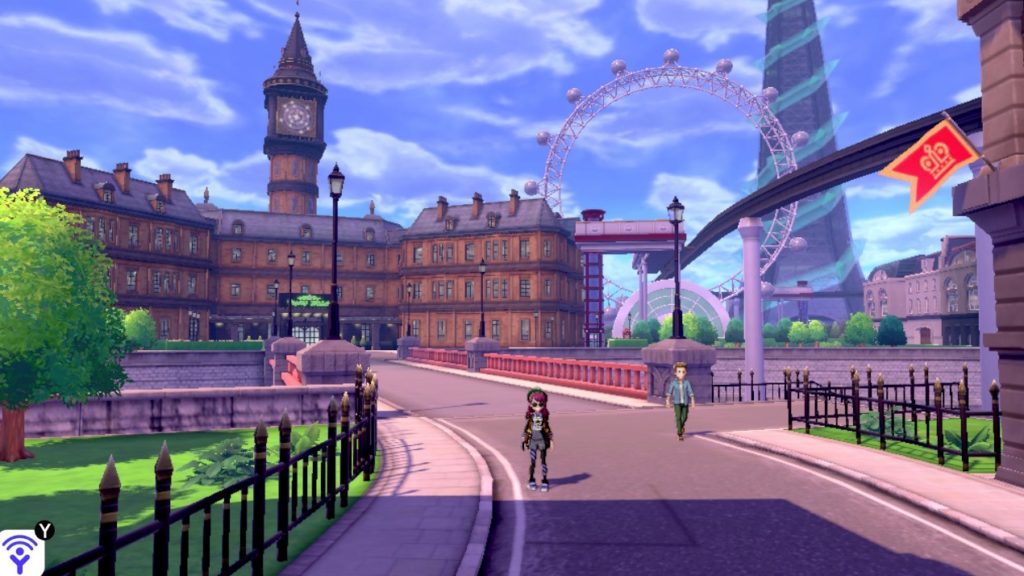 But then we get the streets, perhaps the weakest part of these areas.

Why? Because they feel empty. Because even in the busiest city in the game, actual traffic is virtually non existent.

With even pedestrians and random NPCs being few and far between in many areas. It’s kind of jarring really, and makes the game world feel even less lived in than past ones, which at least had lots of random people walking to and fro.

There are rumours this is for game design reasons (like maybe that said areas get dynamically populated by player based NPCs when the online functionality goes live), but that’s unconfirmed either way, and seems rather unlikely in our opinion.

Since some of these are sure to annoy certain fans one way or the other.

Such as the new level restriction on Pokemon you can catch. Apparently you flat out cannot catch Pokemon too ‘high level’ to control with your current set of badges, even if you encounter in the wild (like in the open Wild Area).

This means that the risk/reward system of visiting late game areas is now gone for good.

Battle backgrounds are also rare in many areas too. So if you were expecting a lovely backdrop for your battles, don’t, since it’s not a thing here in most situations.

Still, there are some positive aspects to the leaks that haven’t been mentioned too. Gym leader rematches are now a thing again, and a Battle Tower does seem to exist in Galar in some location or another: 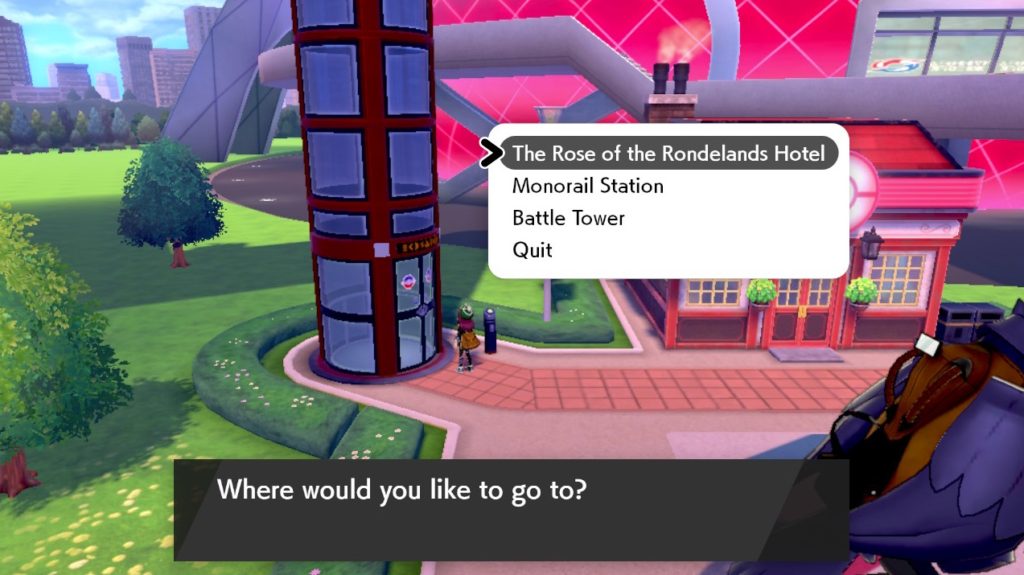 Plus there’s a postgame and sidequests of sorts too. Like a neat trading card system where you can collect both normal and rare cards featuring major characters in the game, each telling you a bit more about their personality and backstory. Meanwhile the postgame apparently does have a story of some sort or another too, so it’s not quite ‘here’s a random cave to explore’ like in Kanto or Kalos.

So it’s not all bad, and the games do have some potential to them. It’s just they’ve also done a ton of things to annoy the fans as well.

But yeah, that’s everything we know from the leaks, and our opinions on each of them.

So what do you think? Are you happy with the new content in Pokemon Sword and Shield? What do you think about the Pokemon that Game Freak decided weren’t making it into these titles?