Earlier today, Nintendo released the second update for Super Mario 3D All-Stars. This update brought the game’s version number up to 1.1.0, bringing it with a whole host of exciting quality of life features in the process.

Like say, the aforementioned options to invert the camera controls. This was teased all the way back in October, and lets you play all three games with controls far more similar to their original counterparts. 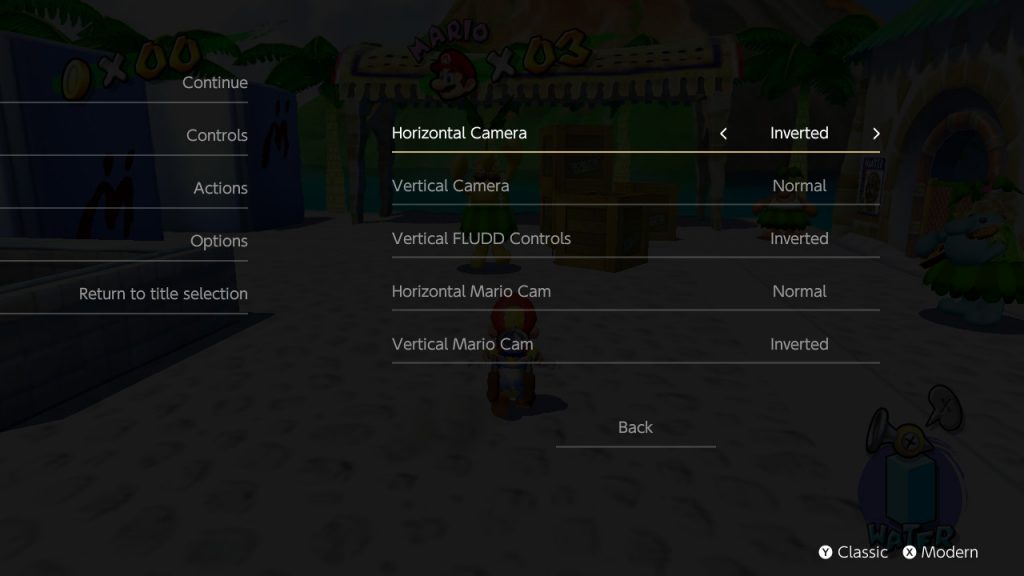 So there’s that addition for starters.

Yet that’s not all the update brought in.

That’s a great inclusion, and one which should be super handy for anyone that can’t get used to the split FLUDD controls in the Switch version.

Finally, they also fixed a bunch of bugs too. These include the visible debug cubes in secret levels, the censor beep like sound effect when races started and the lag from opening the guidebook mid game in Super Mario Sunshine.

So if any of these little issues bothered you before, they won’t now. Now you can at least play Sunshine with only the bugs and glitches present in the original game rather than those added by a faulty emulator.

Either way, check out the full list of changes from Nintendo’s support page here:

Then make sure to update your copy of the game to the latest version. It’s well worth it, annd will make the game just that bit more polished and customisable than it may have been otherwise.