When it comes to unused content in games, there are usually two eras that spring to mind.
The first is the Nintendo 64 era, with games like Super Mario 64 and the Legend of Zelda Ocarina of Time providing numerous examples of unused enemies, items and mechanics lying around in the code.

Whereas the other is the GameCube one, with the likes of Super Mario Sunshine, Zelda The Wind Waker, Luigi’s Mansion and Smash Bros Melee providing even more interesting unused assets in the code for players to find.

It’s like the N64 and GameCube eras made up the golden age of unused content, and the ones since never quite matched their hype in that sense.

But that’s not really the case. No, while the N64 and GameCube era titles certainly had a lot of unused content lying around their files, modern Nintendo titles have a fair bit of interesting stuff too, ranging from unused rooms to songs and even debug menus.

So in today’s article, we’ll be taking a look at it. Starting with a neat unused theme found in Mario & Luigi Bowser’s Inside Story + Bowser Jr’s Journey…

Aka Fawful’s shop theme, a catchy little remix of his main tune intended for a shop run by said villain.

But don’t get too excited just Partners in Time fans! No, it’s not a sign that Partners in Time + Baby Bowser’s Conquest was sent to the cutting room at some point in development, nor that Fawful had an NPC role planned for the Bowser’s Inside Story remake.

No, it’s actually the theme for his shop in his first cutscene. You know, the one where he sells Bowser a Vacuum Mushroom and causes him to inhale everyone. 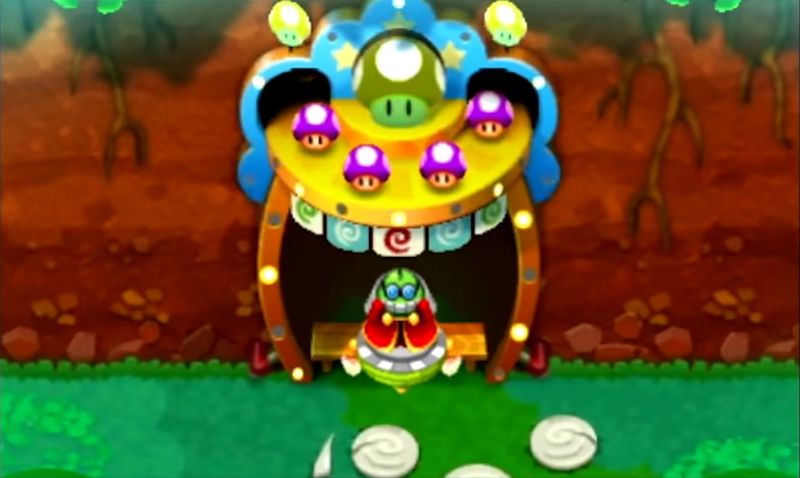 Apparently that scene originally had its own song playing, which is what the above track was for.

But for whatever reason, it wasn’t to be. Instead, AlphaDream went the boring route and replaced it with Fawful’s usual theme from the rest of the game, with the unique shop going unheard as a result. Shame really, it fits better than what they ended up going with.

Ah well, onto the next item on the list now. Namely, the mysterious unseen mirror room in New Donk City.

Cause you see, in this area, there’s a room you can enter with a bunch of music notes, with collecting said notes netting him a star. It’s a neat enough puzzle segment, and given the notes also appear in a 2D segment, provides another example of Nintendo mixing both 2D and 3D gameplay in a single area.

However, as SKELUX found out, there’s actually more to this area than meets the eye. Much more in fact, in the form of an intriguing mirrored version of said area that exists just off screen.

Yep, if you move the camera to out of bounds, you’ll see a parallel version of the room existing just off screen. This version is entirely empty, but is fully modelled with collision like the normal one, and exists within a mysterious black box.
Which is incredibly unusual given how no other rooms in the game work like this. No black box, no mirrored rooms… no, every other area in the game just works like expected.

So it’s unknown why Nintendo included this one here. It doesn’t change anything in game, and removing it doesn’t break anything either, so its existence can only be chalked up to a change in game structure during the title’s development.

Still, enough of that. What about Super Smash Bros Ultimate? What unusual things can we find in that game?

Cause as it turns out, this character actually did have a third jump at some point in development. Indeed, as dataminer Meshima found out, there’s code in the game’s files for the plant being able to jump three times in a row instead of two:

Fun fact:
Piranha Plant was initially planned as tri-jumps character, however, they decreased "jump_count_max" parameter to 2 from 3 in day 1 patch for some reason.
The unused 3rd jump animation is still in its motion folder. pic.twitter.com/CiRzhzeVY0

No, this change was actually a really late one too. So late in fact that the third jump did actually make it into the final game as received by consumers.

However, it was removed in a day 1 patch, and given how Piranha Plant’s release coincided with version 2.0, it’s likely that was the one that did it.

So yeah, not only did Piranha Plant once have a third jump, you’d actually be able to use it if you could play as him without the latest update too. Pretty cool eh? 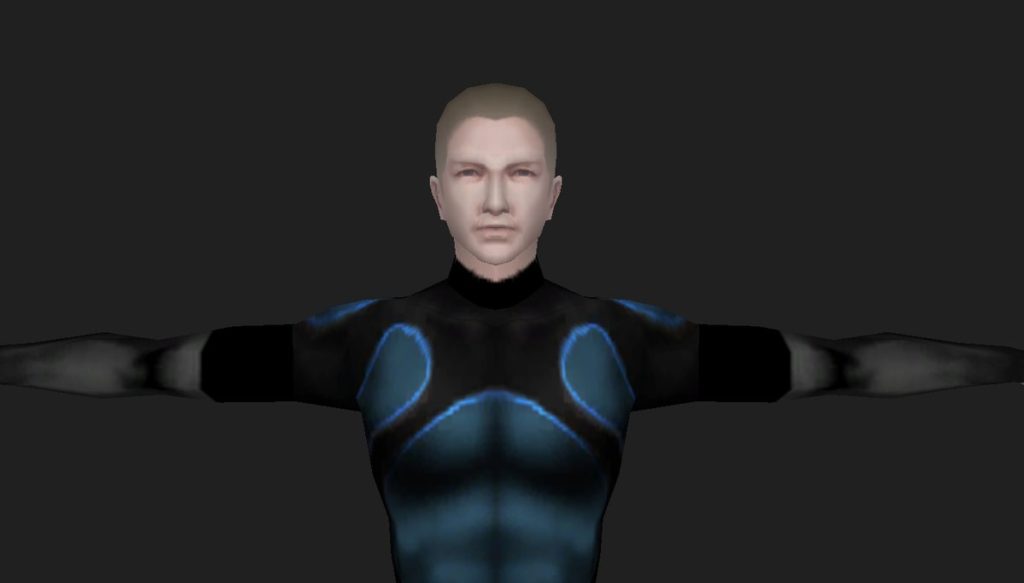 Which is not something you can say about the next inclusion on our list. No, this guy was certainly not planned for Captain Toad Treasure Tracker in any serious capacity and doesn’t make much sense as a result:

what the fuck is this model and why is it in captain toad treasure tracker for nintendo switch pic.twitter.com/DgaM0rDaat

Yeah, this space captain guy certainly doesn’t look very Mario like, does he? But he’s here in the game’s files, which brings up the question; why?

Well, the answer is probably something similar to the reasoning behind those humanoid cats in the Korean version of Super Paper Mario. Basically, he’s an asset from another game Nintendo were/are working on.

And like with said cats, the developers probably decided to test out the model in a game that was already in development. So mystery space hero man made it into Captain Toad, despite having nothing to do with either the series or general universe.

Wonder where he’s gonna pop up next? Pikmin 4? His actual game?

Eh, who knows. If he did appear in Splatoon 3 in some form though, it wouldn’t exactly be the only interesting thing found lurking within that series files.

Since well, Splatoon 2 had a full blown debug menu left over there. Yep, deep in Splatoon 2, an entire debug menu can be found in certain versions of the game. 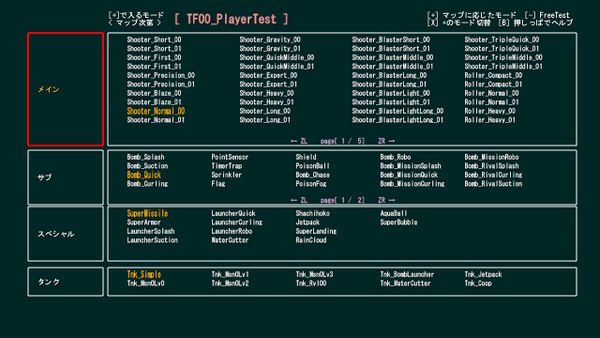 And this ain’t no ‘display a few error stats’ kind of debug either. It’s not the Mario 64 DS kind.

Nope, it’s the Smash Bros Melee kind, the type that lets you edit virtually everything about the game. Changing weapons? Sure. Setting maps and settings? Piece of cake. Hell, you can even use it for options not available in the normal game, as articles like this one point out…

So it’s pretty fully featured all round, and can be read about in more detail courtesy of the Cutting Room Floor Wiki:

Unfortunately, it’s also now not available for most players. That’s because (in the words of TCRF) “someone tipped Nintendo off about its existence in retail copies, so they removed it from the game in an update.”

So thanks mysterious man who can’t keep his mouth shut. Thanks to your blabbering Nintendo decided to remove an interesting feature from the game altogether. And for what exactly? Two minutes on fame on some pathetic social media site? Your own sad ego?
Who knows, either way it’s gone now.

And it acts as a perfect illustration of the problems caused by modern game development and its effects on people looking for unused content in games. Whereas interesting unused content and features used to stick around forever, now they can just be deleted in a blink of an eye through an update. It’s a depressing situation really, and makes it difficult to document a game’s history as easily as in the N64 days.

In a world where technology has made creators all powerful, you have to wonder what else will be lost to the ages.

Still, what did you think of the list? Did you find any of this unused content interesting to read about it?

Tell us your thoughts on the matter (and more) in the comments below or on social media today!