Given the success of the Nintendo Switch as a console, it’s no surprise when another big name title seemingly gets leaked for the system. From the Crash Bandicoot N Sane Trilogy to Crash Bandicoot 4, Tony Hawk’s Pro Skater 1+2 to Genshin Impact, almost every major game you can think of is seemingly planned for the console at this point, if it hasn’t launched there already.

And based on a certain few Amazon France listings blowing up on social media, it seems even more might be possible. According to that site, Nier Replicant and the Prince of Persia Sands of Time remake are both heading Switch ways at some point in future, with full listing pages available right now: 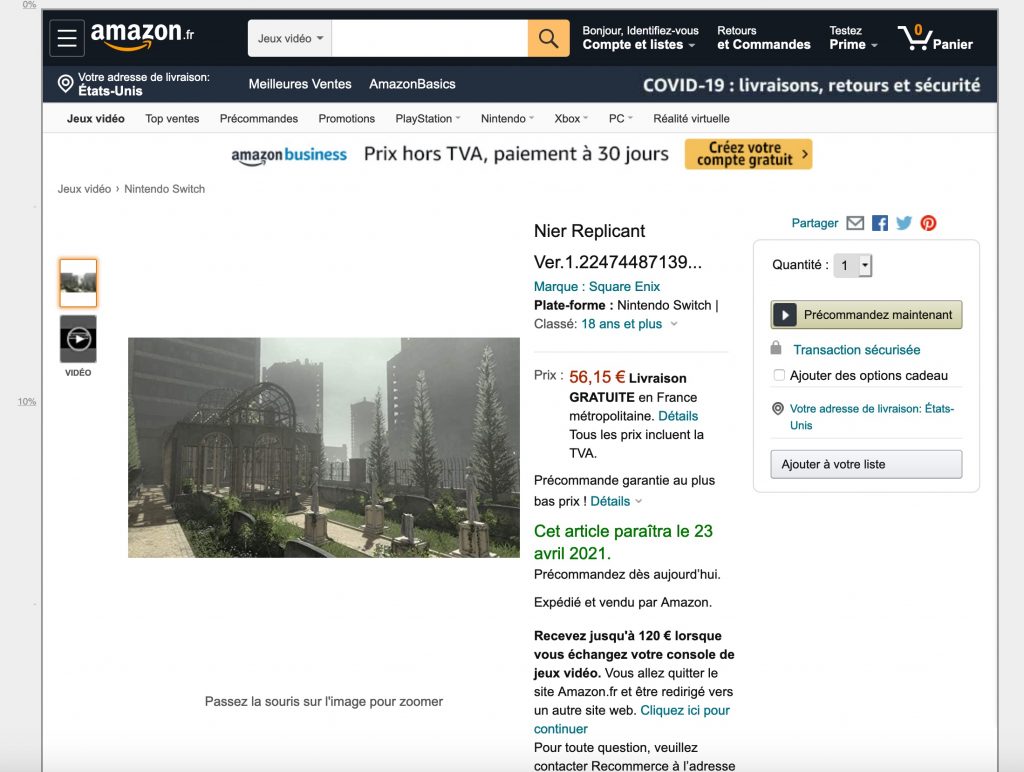 The Amazon France listing for Nier Replicant on Switch 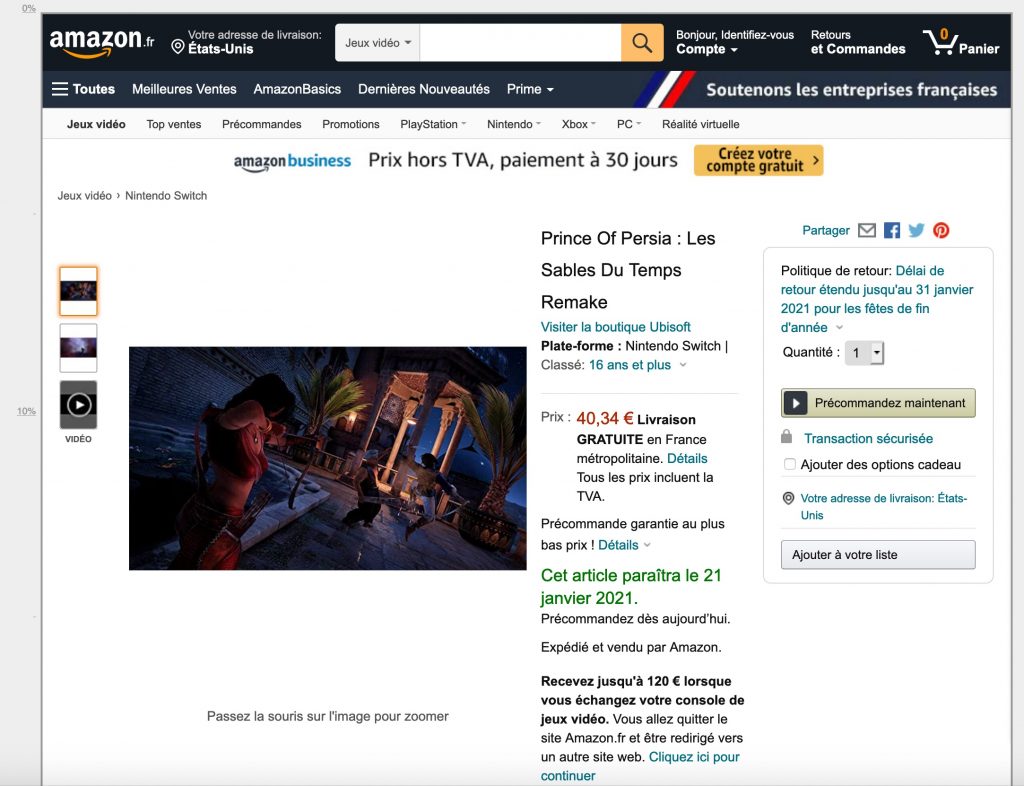 It’s an intriguing reveal from Amazon, and one that could be another major leak if real.

While the listings certainly exist on the Amazon France website, their presence doesn’t actually mean said games are heading to the Switch. Why?

Because Amazon France… is not exactly the most reliable source in the world.

Oh sure, it’s willing to take more risks than its other country counterparts, and it’s certainly leaked a few games because of that.

But it’s also gotten many things wrong too. Like here, when they listed the PlayStation 5 with a $599 price tag and a November 20th release date.

That may have sounded plausible at the time, but it was quickly proven to be fake a few days later, when not only did Sony themselves confirm it in writing…

But when the actual release date and price point was confirmed as well. At $499 for the base game, with a launch date of November 12th in certain parts of the world and November 19th everywhere else.

And that’s not the worst of it. No, the same site also listed a crap ton of Switch and PlayStation 4 games for PC too, which also turned to be entirely fake. Yes, because we all know that Nintendo would really love to release Super Mario Odyssey and the Legend of Zelda Breath of the Wild on PC.

So it’s clear that a listing here doesn’t exactly mean much. As a result, while we’d love to see Nier or the Prince of Persia remake on Switch, we’re not betting o this rumour anytime soon. Amazon France just seems too much of a unreliable source to go with here.

Still, what do you think? Do you think there’s a good chance we’ll see Nier Replica or the Prince of Persia remake on Switch? How reliable is Amazon France when it comes to video game listings anyway?