Ever since the game’s reveal in September 2020, fans have been left wondering exactly what Bowser’s Fury is in Super Mario 3D World + Bowser’s Fury.

After all, the only footage we got was this 20 second clip showing a few ruins:

It was an interesting sneak peek for sure, but it told us nothing about the mode itself or how it played. Would it be open world? Would Bowser be playable? Would there be an entirely new story, ala the Bowser’s Minions and Bowser Jr’s Journey modes in the Mario & Luigi remakes?

Anything was possible, and Nintendo was seemingly determined not to confirm or deny any of it.

Or at least, they were until now. Because at 2pm today, Nintendo finally posted a full trailer for the Bowser’s Fury mode in Super Mario 3D World + Bowser’s Fury.

And dear god, does it look more insane than we could have ever imagined. Here’s the trailer so you can see it for yourself: 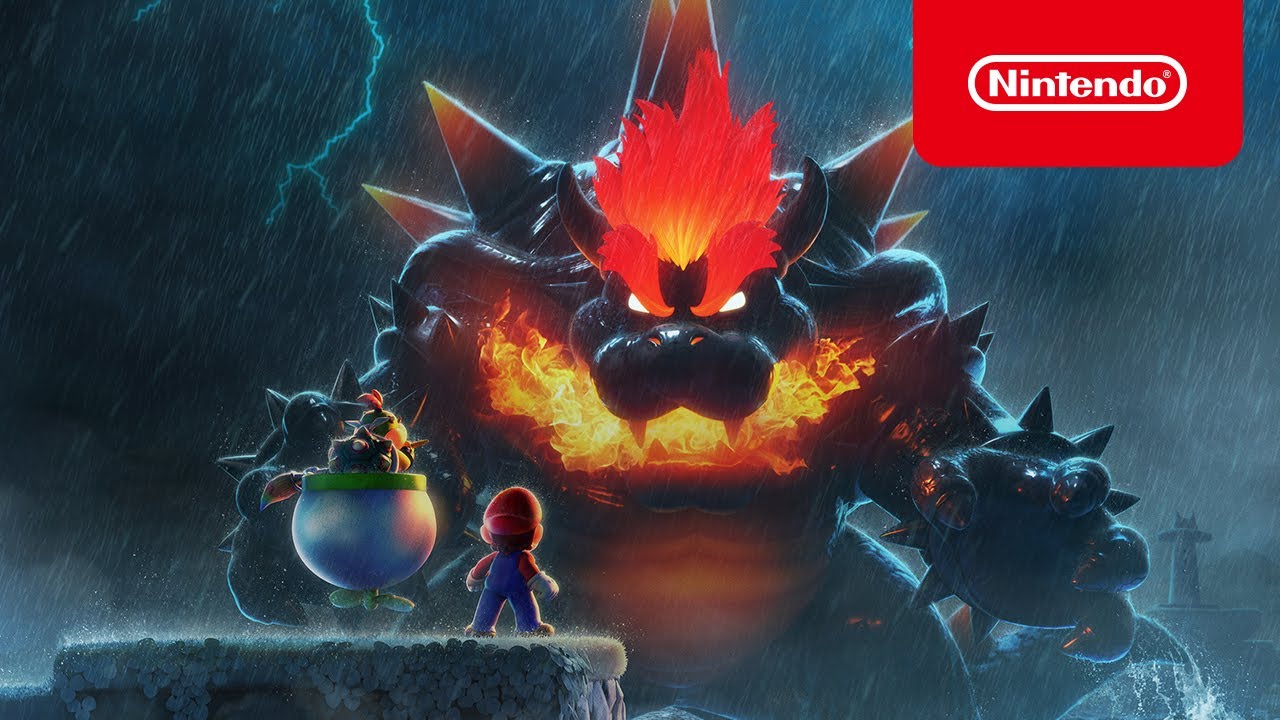 As you can see, it’s nothing like the original game overall. You’ve got Bowser Jr as a playable character with his own abilities, there’s a big open world to explore with lots of collectables to find…

And Bowser himself looks like Satan incarnate, a shadowy being from the pits of hell that gives Calamity Ganon a run for his money.

It’s all very strange for a Mario remake side story, and raises a ton of intriguing questions about the mode in general too:

Like for example, what the hell happened to Bowser anyway? 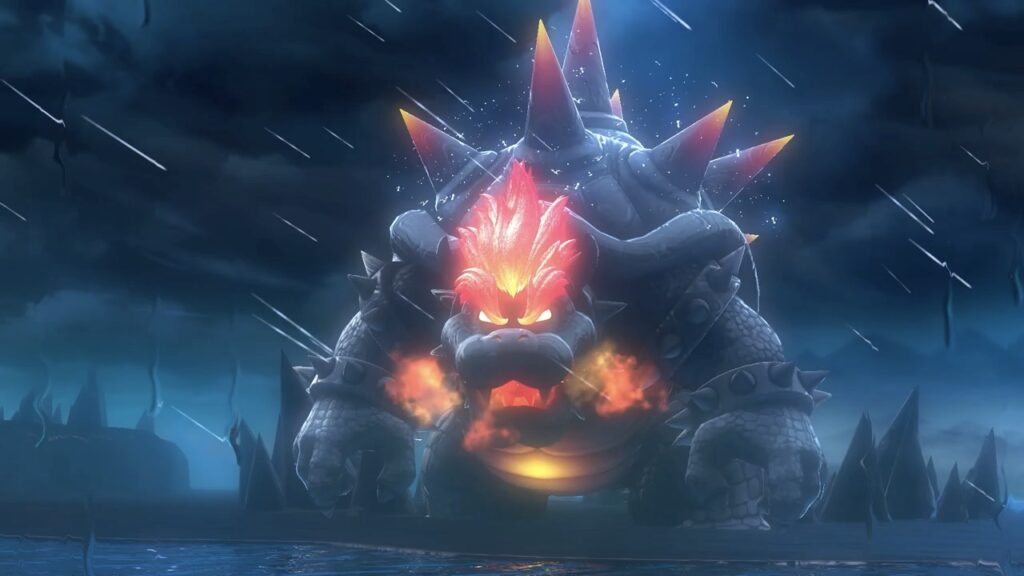 Something is very… off with Bowser here

Because let’s be honest here; this isn’t normal Bowser. Normal Bowser isn’t some vicious force of destruction ala Calamity Ganon, and he’s usually not bad enough that even his own son teams up with Mario to take him down. So something else has to be going on behind the scenes.

And that something presumably involves a new villain possessing Bowser and causing him to act that way. That would explain his new design very well, and follow in the footsteps of Black Bowser and Bowcien from Paper Mario Color Splash and Mario Tennis Aces respectively: 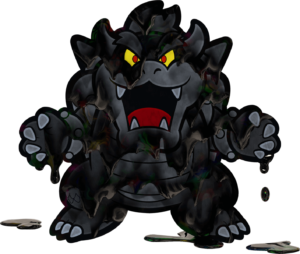 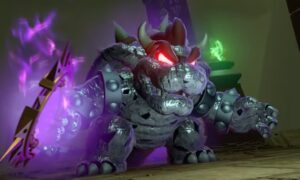 Lucien possessed/teamed up with Bowser in Mario Tennis Aces

It’d also be a huge deal for the mainline Mario series too. That’s because the last new villain in a Mario platformer was Wario in 1992’s Super Mario Land 2 Six Golden Coins, with every game since having Bowser as the main antagonist. So to see a new villain possessing (or perhaps working alongside) Bowser like this would be amazing to witness, and really shake up the formula more than anything else in the last 29 years.

But the surprises don’t stop there.

No, Bowser Jr’s playable appearance in the game is an interesting surprise in of itself too. Indeed, of all the characters you’d expect to see playable in 3D World, was Bowser Jr on anyone’s list? 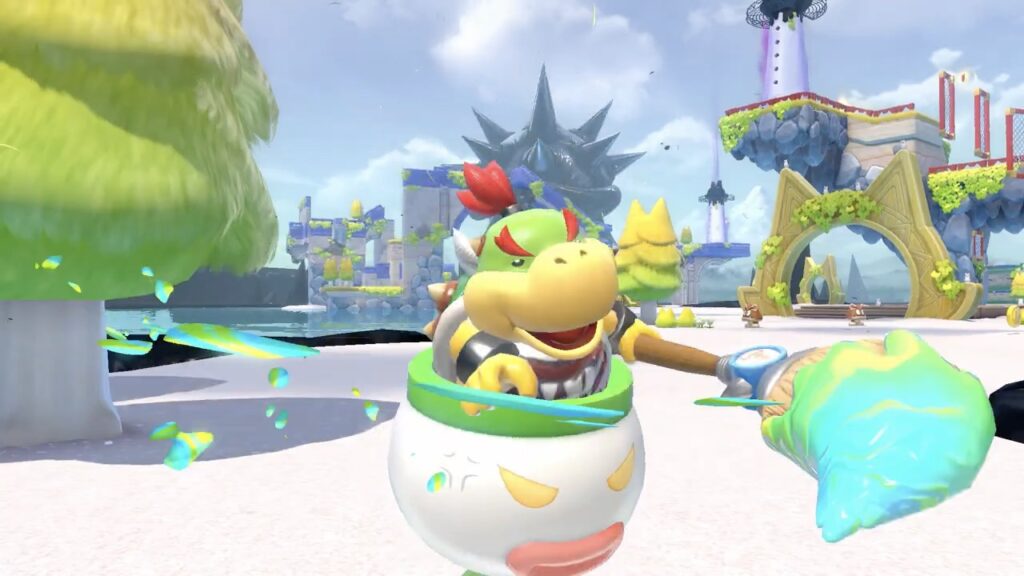 Bowser Jr is a playable character in Bowser’s Fury

Oh hell no. Toadette and Daisy had a few people calling for them, based on Super Mario Maker 2 and Super Mario Run. Pauline’s name was tossed around a few times, based on her increased relevance in games like Mario Odyssey, Mario Tennis Aces and Mario Kart Tour.

And maybe, at a stretch you might have predicted Wario, Waluigi or Bowser making the jump to playable here too.

But Bowser Jr was certainly not on anyone’s list. Especially not as an ally to Mario, and someone willing to go against his own dad’s evil plans.

So it’s a pleasant surprise to see him playable here. Even if it’s still unknown exactly how he’ll play compared to Mario and co (he seems to have at least one paint attack, and can fly in the clown car).

Yet a possessed Bowser and a playable Bowser Jr aren’t the only crazy things Bowser’s Fury brings to the table.

No, it seems to include Mario & Luigi esque giant battles in the mix too.

The end of the trailer literally shows Mario touching a giant Super Bell, and turning into a massive version of Cat Mario that’s somehow able to take down Bowser in a Godzilla vs King Kong style kaiju battle. It’s an amazing thing to see, and something that really reminds us of the battles in Bowser’s Inside Story and Dream Team too. 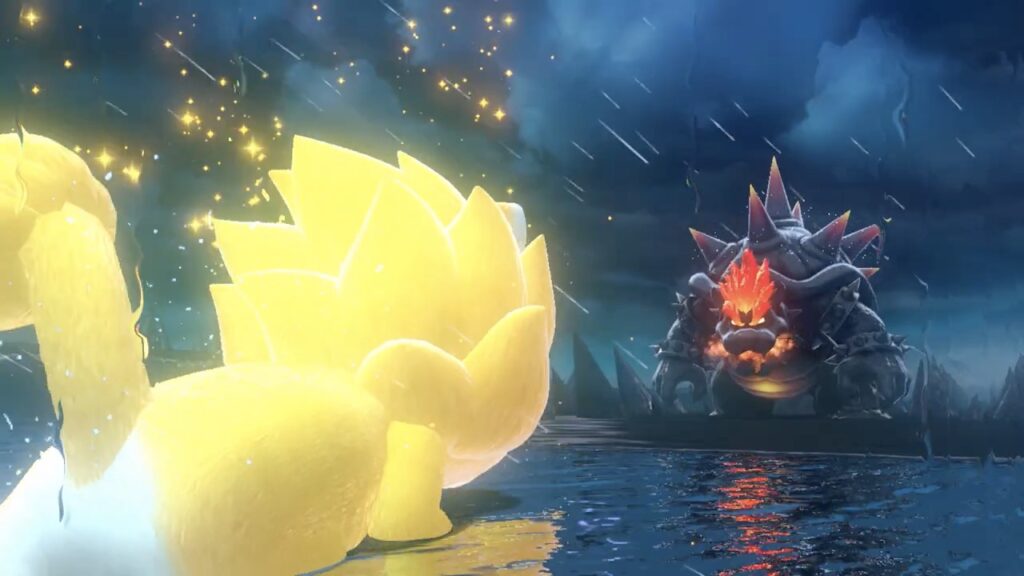 A Mario & Luigi style giant battle in a platformer? It’s more likely than you think!

Which makes us wonder…

Is AlphaDream somehow involved in this one? Or at least the remains of AlphaDream, after the company shut down?

Because Bowser’s Fury so far seems very Mario & Luigi like. You’ve got Bowser being possessed by a new villain, the story being an entirely separate thing from the main game, battles where your main character turns into a giant…

Plus even the possibility of the Super Bell/Cat Mario form being fleshed out more as well.

So you have to wonder if ex AlphaDream staff are somehow involved here. Or if Nintendo let the company die so they could swoop up said staff and put them to work on mainline Mario games instead.

Cause the mode definitely feels like an AlphaDream style remake addition, and something that fans have been desperate for in a new Mario game for years.

But hey, what do you think? Are you impressed by what you’ve seen of Bowser’s Fury so far? How likely do you think it is that ex developers from AlphaDream have been brought in to work on this side mode as well?