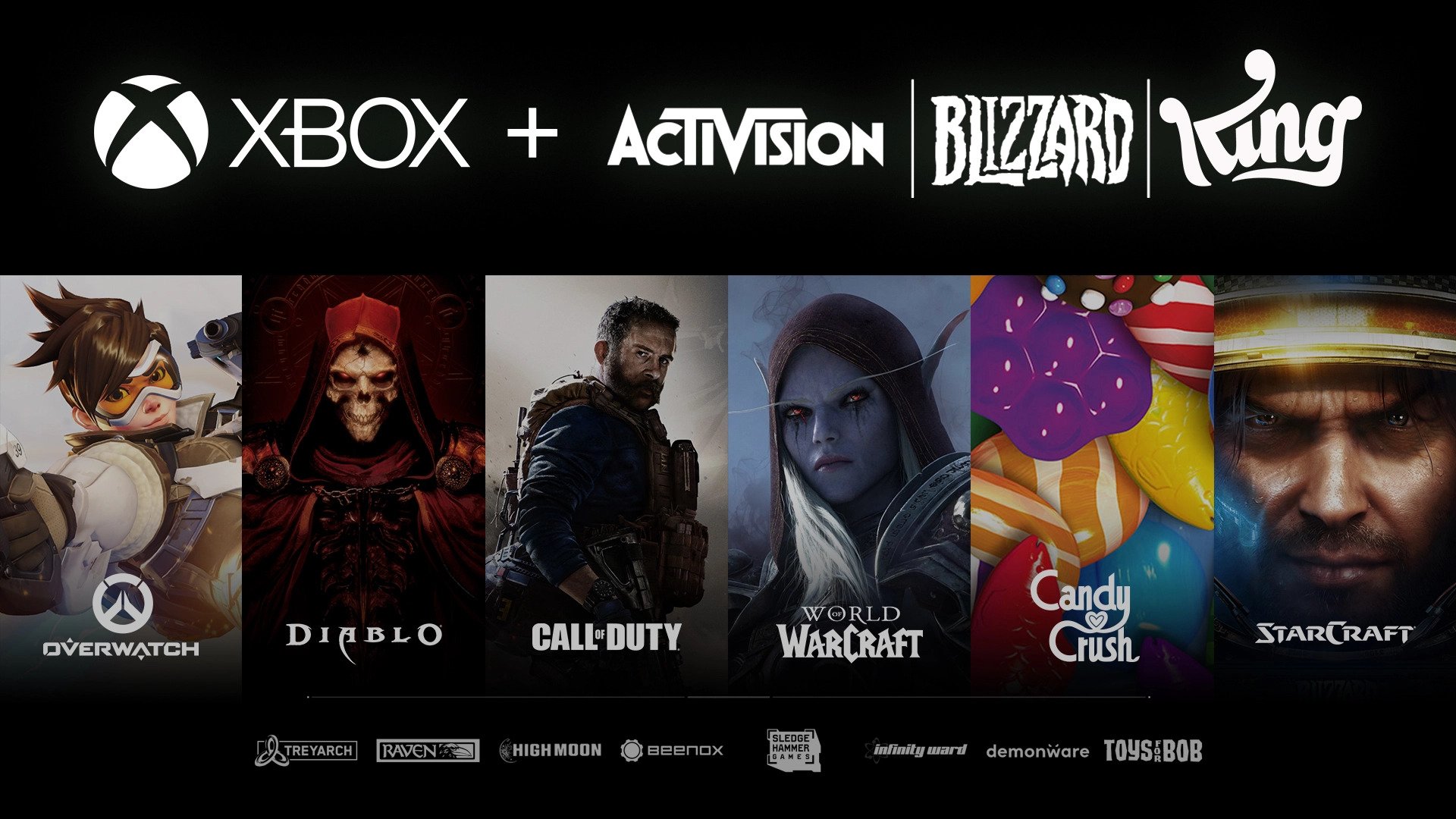 Corporate acquisitions really have gone crazy in the last few years, haven’t they? From Microsoft buying Zenimax to Disney buying just about everything in sight, it seems more and more companies are being bought by the same few large corporations. Hell, even Nintendo got into the game, with its acquisitions of Monolith Soft and Next Level Games surprising everyone when they happened in 2007 and 2021 respectively.

And now it seems the Microsoft acquisition train is just gonna keep on going. Why? Because earlier today, the company announced they’d be buying Activision Blizzard for nearly $70 million! Here’s the official announcement about it via the Xbox account on Twitter:

Today is a historic moment. We are excited to announce that the world-renowned franchises and talented people at @ATVI_AB will be joining Team Xbox!

As well as from Head of Xbox Phil Spencer:

As we extend the joy and community of gaming to everyone, we are incredibly excited to welcome the fantastic teams and iconic franchises of Activision Blizzard to Team Xbox https://t.co/DVrgYS8ssB

It’s a huge deal for everyone, and means Microsoft will now own such franchises as Call of Duty, Warcraft, Diablo, Candy Crush and Overwatch to name just a few. Add that on top of the many they already own (Halo, The Elder Scrolls, Fallout, every franchise by Rare, etc), and well, the company sure does have a lot of triple A franchises ready to go on GamePass or future Xbox systems.

But it also leaves many people wondering… why?

Because right now, Activision Blizzard is not exactly in the best situation. Indeed, as you’ve likely heard from various news outlets, the company is currently being investigated by the California Department of Fair Employment and Housing for violations of its civil rights and equal pay laws, with many alleged and reported incidents of sexual harassment and misconduct within the company.

This has left their reputation in tatters in recent months, especially given the evidence that higher ups were seeingly involved in the controversies.

So like many people, we have to wonder why Microsoft will do there. Will they put in place measures to make the company a safe working environment for all of its employees? Will they actually make the necessary changes needed to turn things around?

In some ways we’re hopeful (based on Microsoft’s own, much better reputation in that sense), in other ways we’re not (apparently Bobby Kotich is still staying as Activision’s CEO, except now with Phil Spencer as his new boss).

Additionally, there are also worries about the effects all these acquisitions are having on the industry. On whether we should really allow companies to own so many of their competitors in the market.

Cause we’ve already seen a worrying shift towards Disney monopolising the entertainment industry, what with its purchases of Marvel, Fox, etc in the last few years.

Could Microsoft end up being the Disney of video games because of this? It’s definitely a worry, and it makes us scared that other longtime game developers (like Ubisoft, Square Enix, Bandai Namco, Sega, etc) could also be in line to become part of their empire. Do we really want that? Do we really want Microsoft to have so much control over what platforms well known franchises can be released on them?

Probably not. Especially given that while Microsoft has said they won’t be making these companies’ games Xbox exclusive anytime soon, we can’t count on that in future. And if they do change?

Well then Sony is in serious trouble, especially given how much of a system seller things like the Call of Duty series are there for their consoles here in the UK. Or how big Minecraft is in general, given Microsoft owns that and could easily make that Windows/Xbox exclusive as well.

Still, for now that’s what we know. Microsoft is acquiring Activision Blizzard for about $70 million dollars, and will gain the rights to all their IPs as a result. How that’ll actually change the industry is left to be seen.

Regardless, what do you think?

Are you happy with Microsoft or Activision here? What effects do you think this deal will have on the industry in the long run?