Over the last two years, the modding scene for Super Mario Odyssey has really taken off. From custom levels using the mechanics in creative ways to crossover stage and remakes based on other titles, the game has a whole plethora of custom content available for it online, much of it on par with the official stuff.

It’s insane really, especially given how quickly it all came about after the game’s release.

And today, we’ve got another great example. Namely, Treasure Trove Cove from Banjo-Kazooie, which has been remade as a Super Mario Odyssey kingdom by a modder named ItzSka. Here’s a video showing the level in action: 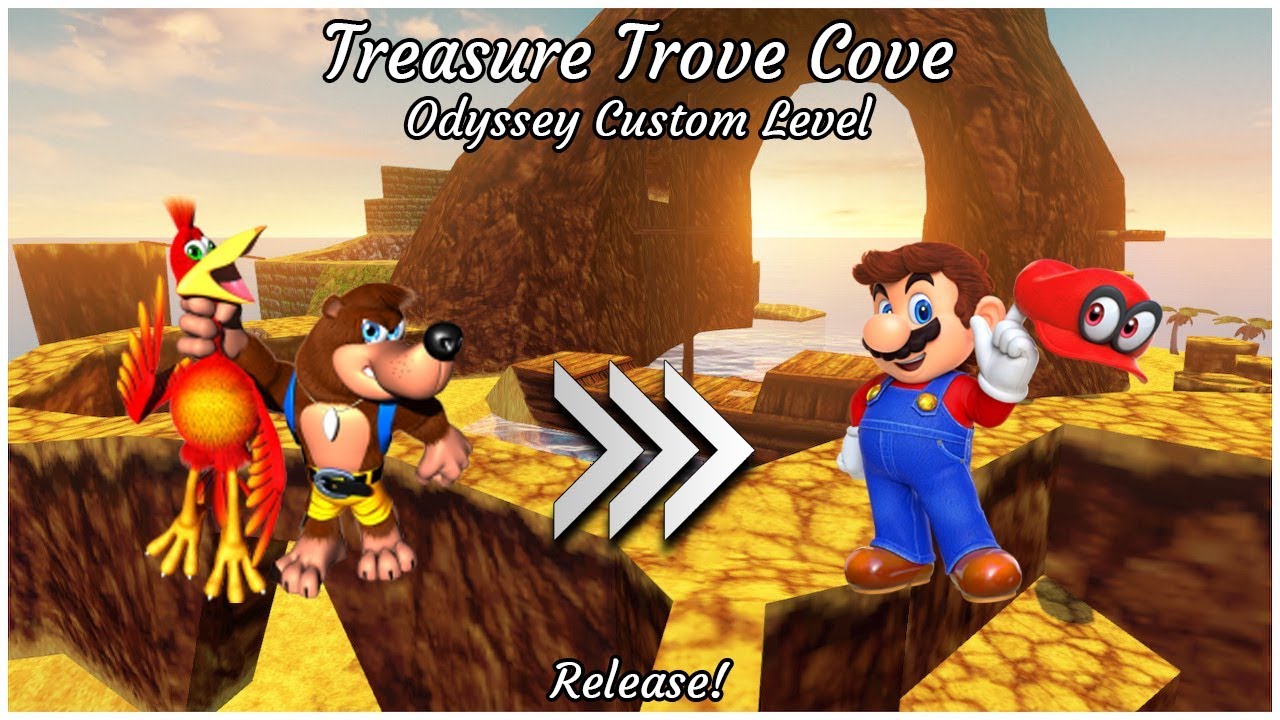 As you can see, there’s been a lot of work put into this one. All the materials work as expected, with Mario making the correct sounds based on the terrain he’s walking on. The name on the map works as expected, with the preview and level intro showcasing the level like any official stage in the game.

Plus with challenges and notes to collect everywhere, the level’s not exactly devoid of content either. It’s a polished, professional looking level that a lot of care has clearly gone into, and one well worth checking out.

Which itself all too surprising when you consider just who this ‘ItsSka’ character is. Because as it turns out, he also made the Clanker’s Cavern port/remake we posted about earlier too, which was another fantastic recreation that integrated Banjo’s level design in the world of Super Mario Odyssey.

So yeah, he’s made two fantastic Banjo-Kazooie level ports in a row, and may well be working on more in future. Kudos there Ska. Nice to see someone put all this effort into Mario Odyssey modding, and giving us a taste of what it’d be like if Rare and Nintendo joined forces again.

Check it out if you’re interested in mods for the game.