As you may know, you have to get through the Yiga Clan Hideout to reach the Vah Nabooris Divine Beast in Zelda Breath of the Wild. And as you also might know, said mission involves stealth. Lots and lots of stealth, past dangerous enemies who can kill you one hit regardless of any fairies or Mipha’s Grace. It’s slow, it’s annoying and for people who don’t like stealth, might be torturous in general.

But luckily, there’s an alternative! Yep, thanks to an all new bug in the game, you can now skip the entirety of the Yiga Clan Hideout without ever encountering a single Blademaster or trap! Here’s a video showing the bug in action: 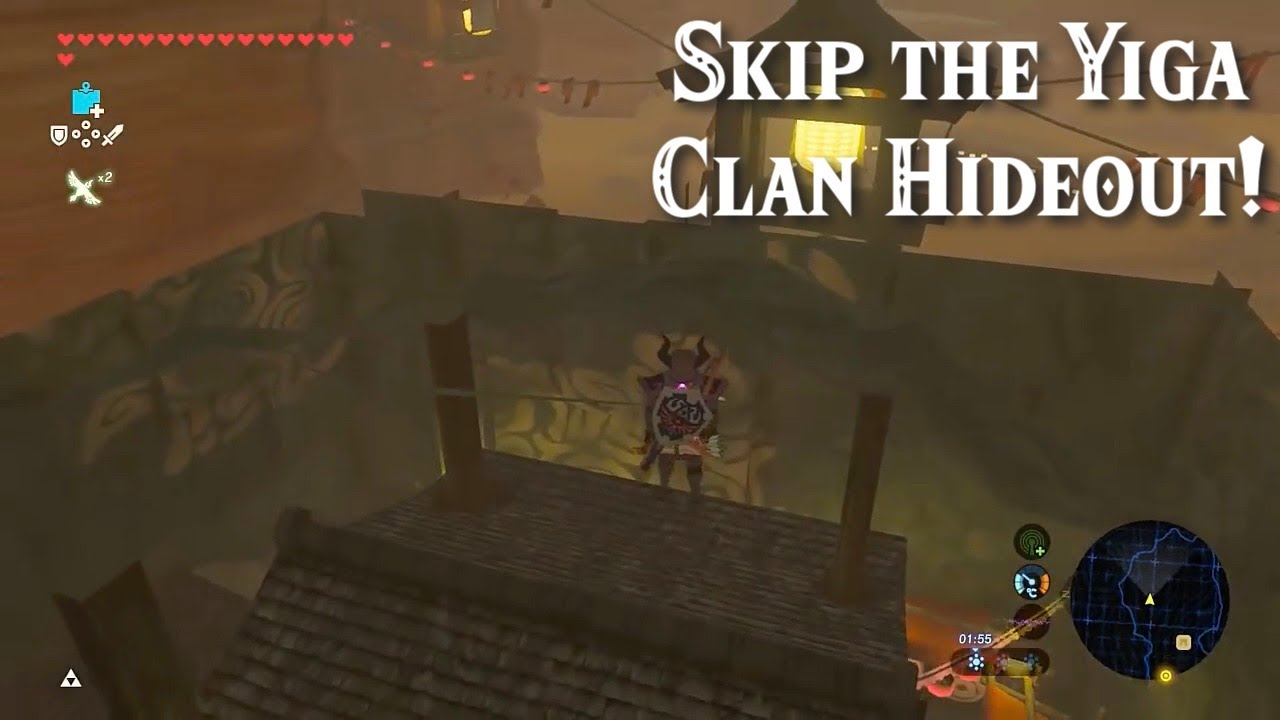 So first off, get to the hideout and climb onto the roof. You’ll know you’re in the right area if you can two slightly taller ‘mounds’ sticking out of a giant flat sandy surface. Or if you can see a giant pit in a decorative circle to the north of you.

Then, find a Stalmoblin. These enemies appear from the ground at night, and usually carry either a bow or a Moblin club. Make sure the one you fight has a Moblin Club (or another two-handed weapon). 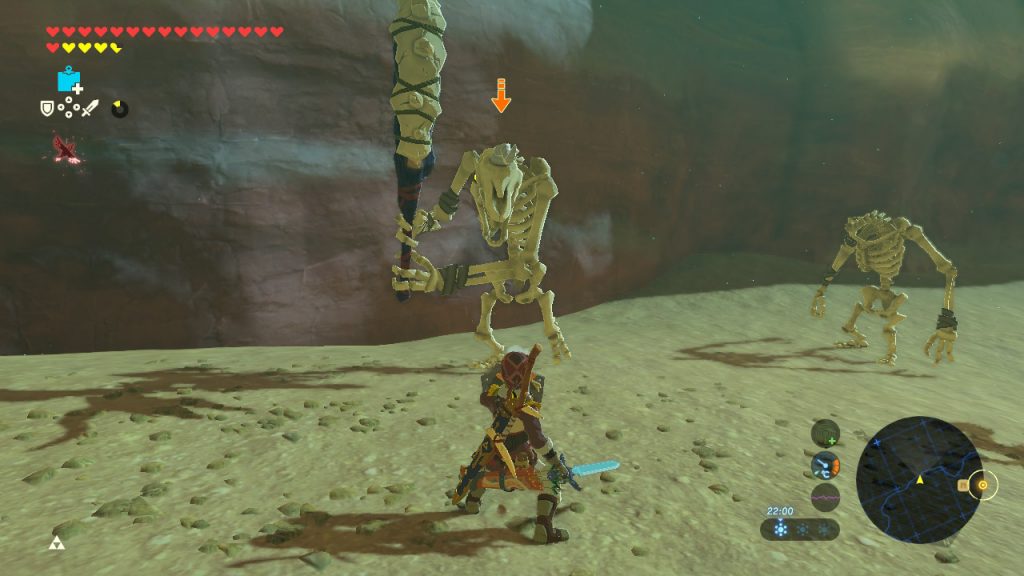 Once that’s set up, wait until he swings the club horizontally. When he does, press X to do a backflip.

While still in the air, use the Bomb Rune to drop a bomb. Detonate it as Link lands from the dodge.

If done correctly, Link will plummet straight through the ground. Now, depending where you were standing, this is either going to end pretty well or extremely poorly for you.

What do I mean by that? Well, there are three possibilities here: 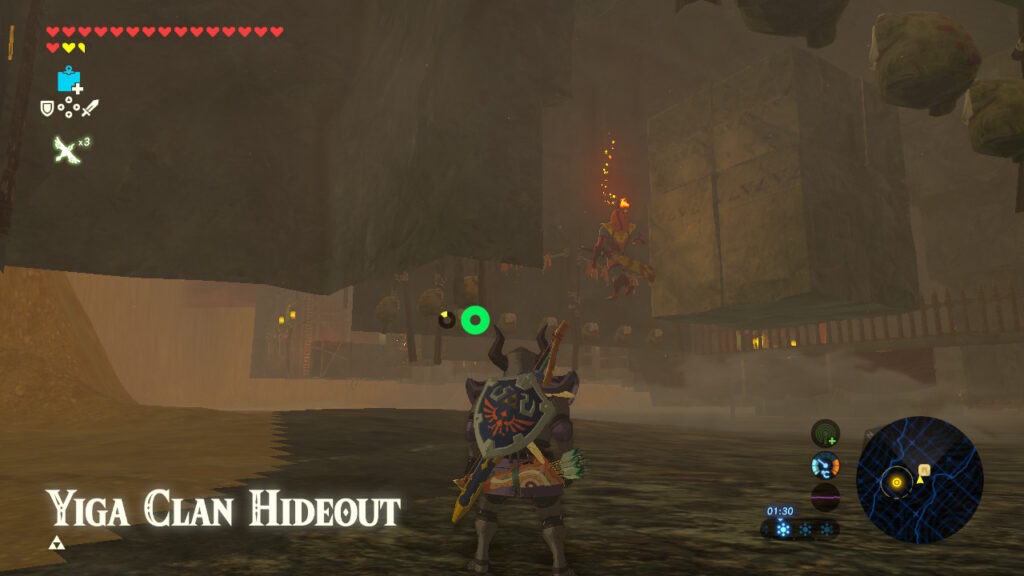 But if you want to reach the boss… eh, that’s pretty easy too. Just walk around under the floor until you get to the room before the boss, then climb or fly up above the roof. Here, you’ll notice you’re able to use Magnesis outside of bounds, so use it on the door. 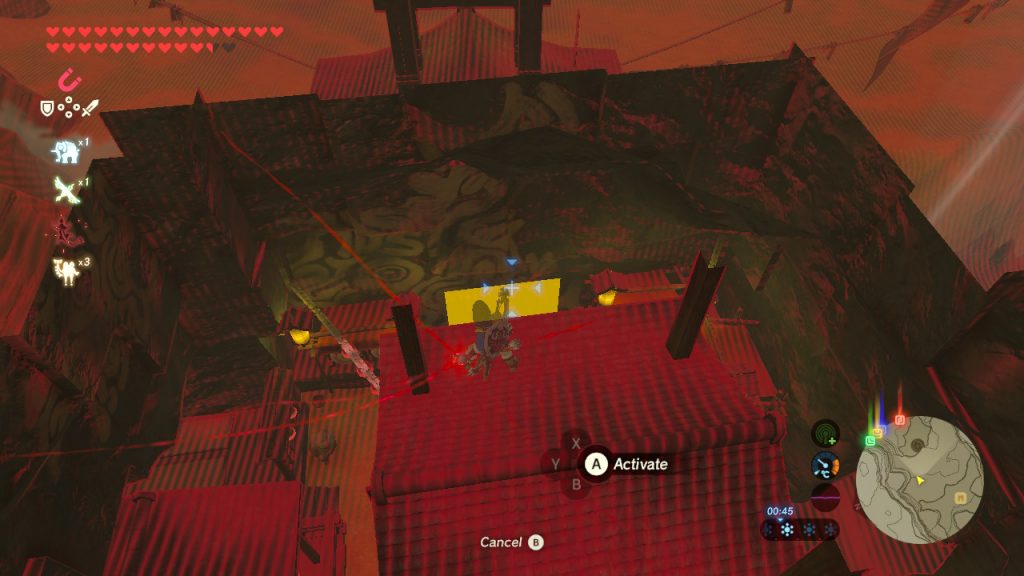 Once done, go around in front of the open door, and you should be able to sneak to the loading point and activate the boss battle. Either way, you’ve skipped the most annoying mini dungeon in the game, and you’re now free to fight Kohga and take the Thunder Helm.

It’s a pretty neat if you can pull it off. However, there’s one thing you may want to remember here.

This glitch… is damn hard to use. Seriously, bomb clipping is basically frame perfect in Breath of the Wild, and it’s necessary to use this skip at all.

So, if you can’t pull it off first time, don’t give up. Keep going and you’ll nail it eventually, with all the benefits that entails.