New Glitch Lets You Go Out of Bounds Anywhere in Zelda Breath of the Wild!

New Glitch Lets You Go Out of Bounds Anywhere in Zelda Breath of the Wild!

As is expected in a game as complicated as the Legend of Zelda Breath of the Wild, there are many glitches that can get you out of bounds. There’s horse clipping, where jumping off a horse in front of a wall, then saving and reloading in mid air places you behind said wall. There’s Blood Moon clipping, where enemies respawning on top of you can push you straight through the floor. And there are numerous little tricks you can do with the Travel Medallion as well.

However, there’s a problem with all these methods. They’re situational.

In other words… you need to bring a horse to the point you want to get to. Find a weak part of the geometry the Travel Medallion will let you clip through. Hope for dear god a Blood Moon actually appears when you need it.

But this new bug is different. Why?

Because as the title suggests, it works ANYWHERE in the game. All you need is a monster with an attack you can flurry rush via backflipping.

And there are a lot of those in this game. Heck, your standard Bokoblin with a club is one of them. As is pretty much every Moblin or Lizalfos in the game.

So here’s how to do the glitch:

If you did so correctly, Link will have shot straight through the ground. Here’s a video ‘guide’ if you need it: 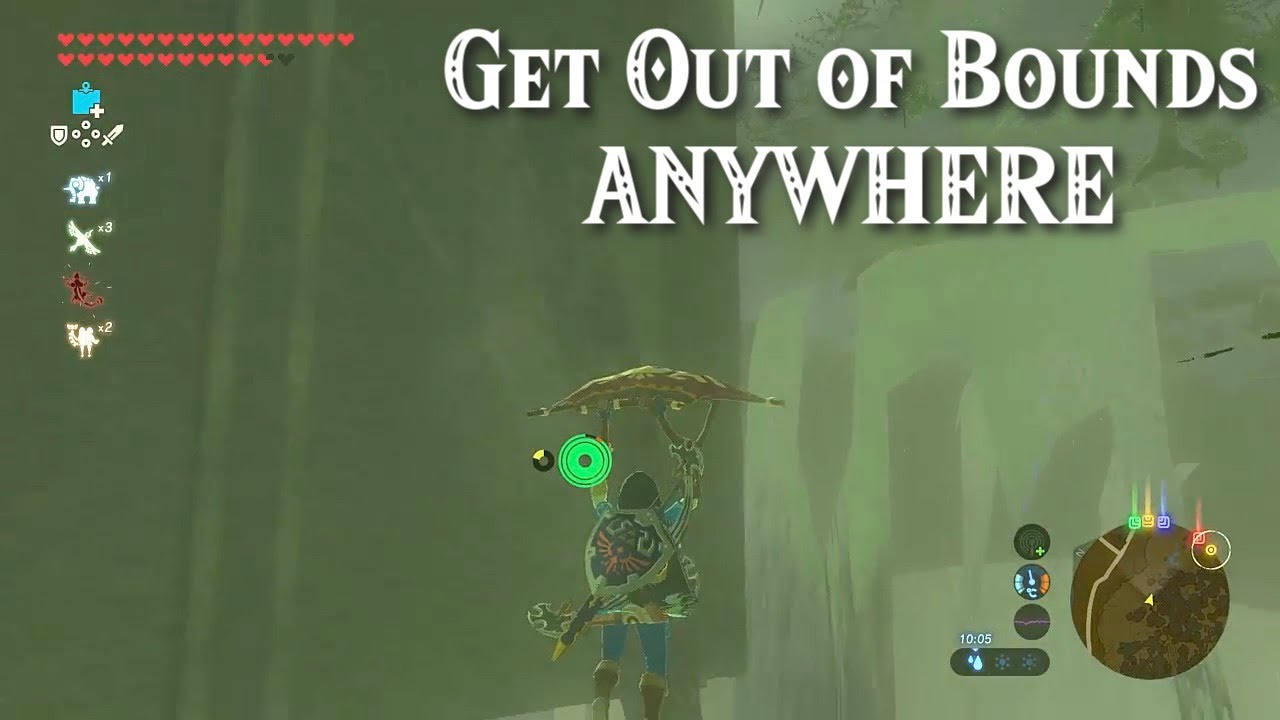 However, I’m gonna warn you about one thing here. Basically, this is NOT an easy glitch to use. Unlike the infinite Korok seeds or infinite Compendium pictures bugs I wrote about earlier, you do need very good timing to pull this off.

Because of that, you’re advised not to give up if you struggle a bit here, since this is pretty close to frame perfect. Just keep trying until you nail it.

So what’s the use of this bug you may be wondering?

Well, that’s a good question really. In theory it lets you skip quite a few things, since you can climb up from under the ground rather than having to open doors or activate quests to progress. And given the Trial of the Sword is all on one big map, that might in theory let you skip a large portion of it by merely walking over to a room near the end.

But in practice, it’s more of a fun thing to do than anything else. That’s because the underside of Hyrule is actually a surprisingly beautiful sight. In a very alien planet like way: 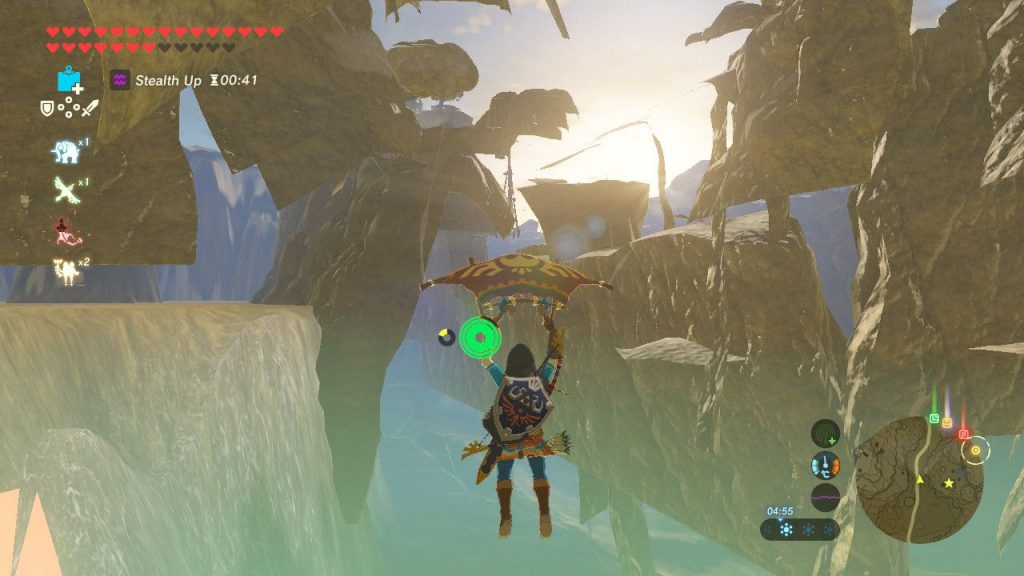 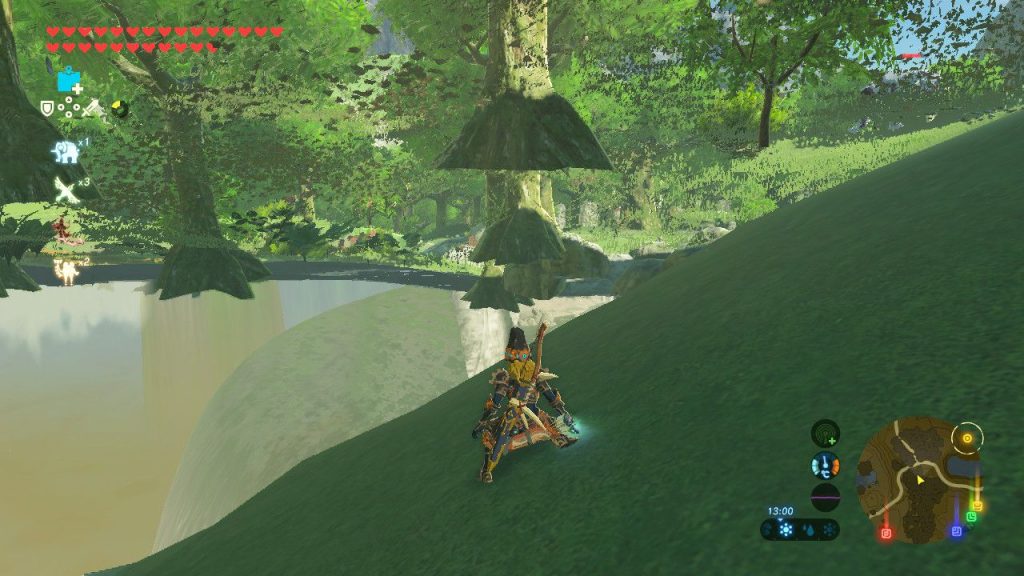 And it’s also a good way to create Boundary Break episodes too. Want to know what’s at the bottom of the pit Master Kohga falls into?

Well, here you go. Turns out it goes down a surprisingly long way when you look at it from under the floor. 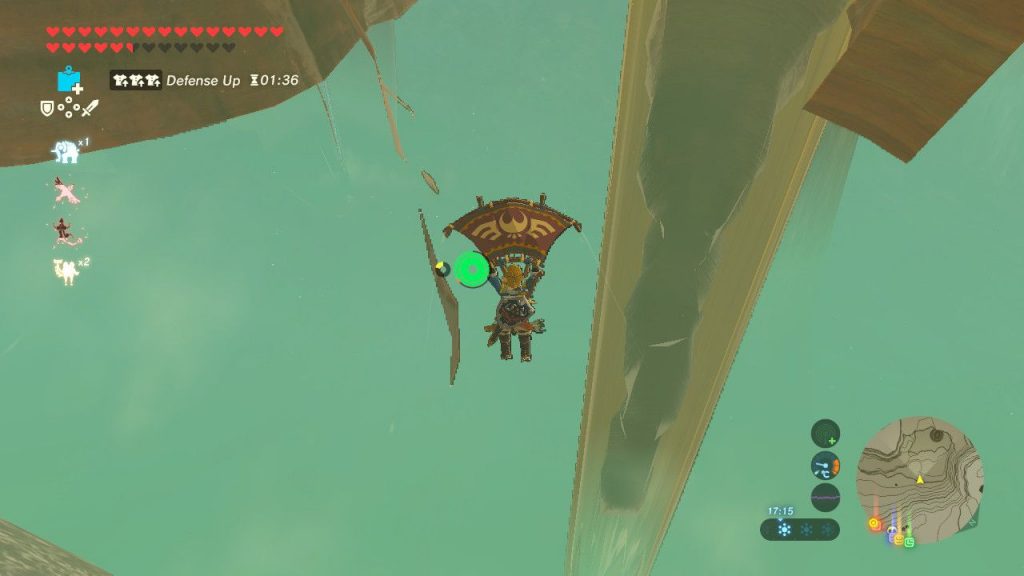 Which is also true of Sheikah Towers too. Seems those actually go quite a few metres further than it looks on the surface for whatever reason: 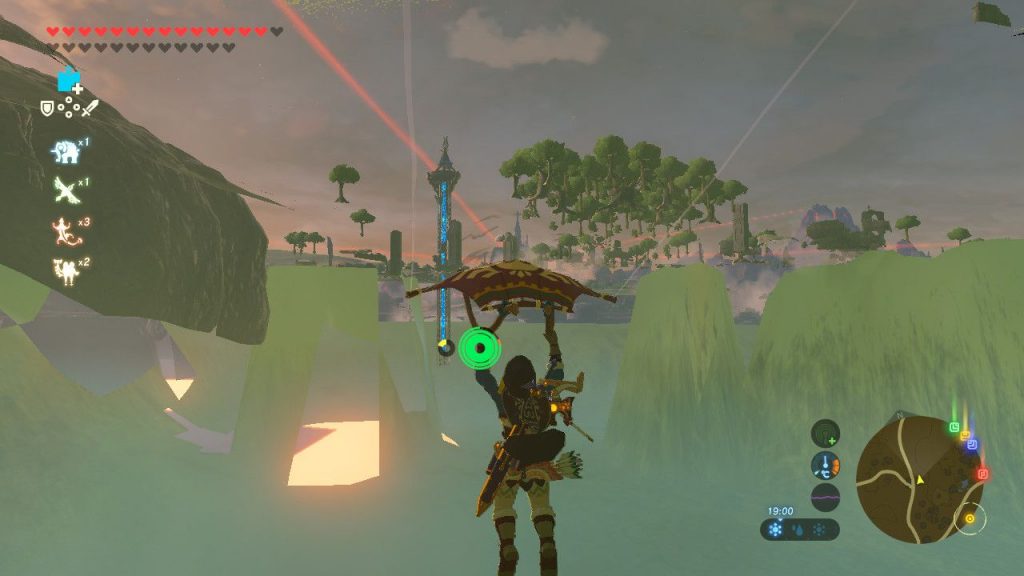 So yeah, if you’re interested in exploring Hyrule’s mysterious glitchy underworld, give this bug a try. After all, there’s some very interesting stuff behind the scenes here…