In Super Smash Bros Ultimate, there are three main ways to unlock characters. You can unlock them by just spending time with the game, since new characters challenge you roughly every ten minutes or so. You can unlock them through challenges and miscellaneous modes, with Classic Mode alone having a long sequence of unlocks based on which character you’ve used and how many times you’ve beaten it.

And you can use World of Light to do so too. That’s because this adventure mode has battles against every fighter on the roster, and any you unlock there get added to the list you can select elsewhere.

However, the locations of these fighters can be hard to find to say the least. Add to this how poorly done most guides are (due to either being text/video only or simply lacking in information), and it can be a nightmare to find the last few you’re missing here.

So we’re here to fix that, with the only character guide you’ll ever need! Let’s get started!

The World of Light

Beginning with the first main map in the game, the World of Light. Here’s a picture showing where each one can be found in the main map: 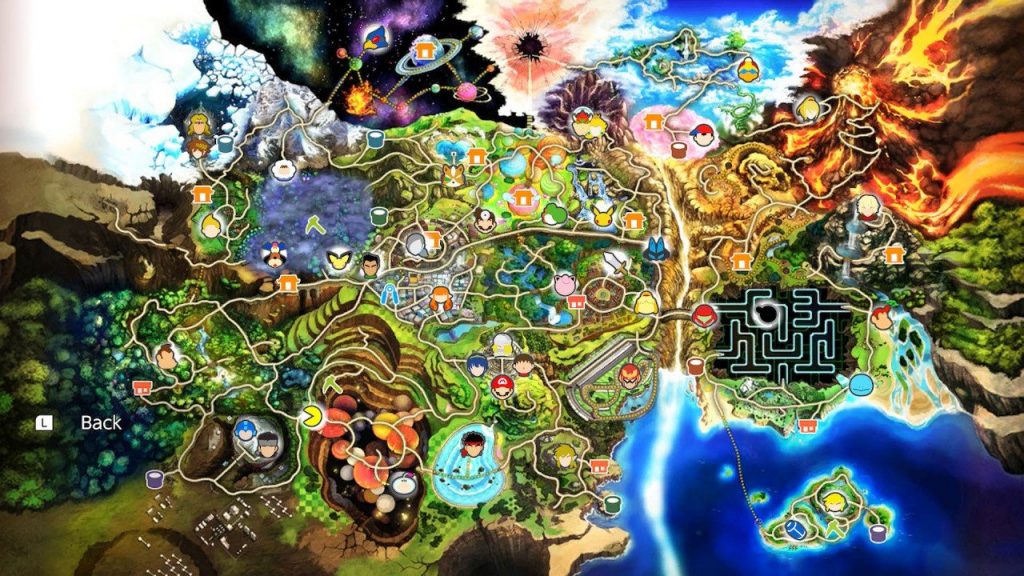 As well as another set for every submap accessible from it. You’ll also find a few puzzle solutions too, in case you’re stuck finding Zapfish in the Power Plant or tracking down Rathalos in Forest Hill. Here are the maps needed there: 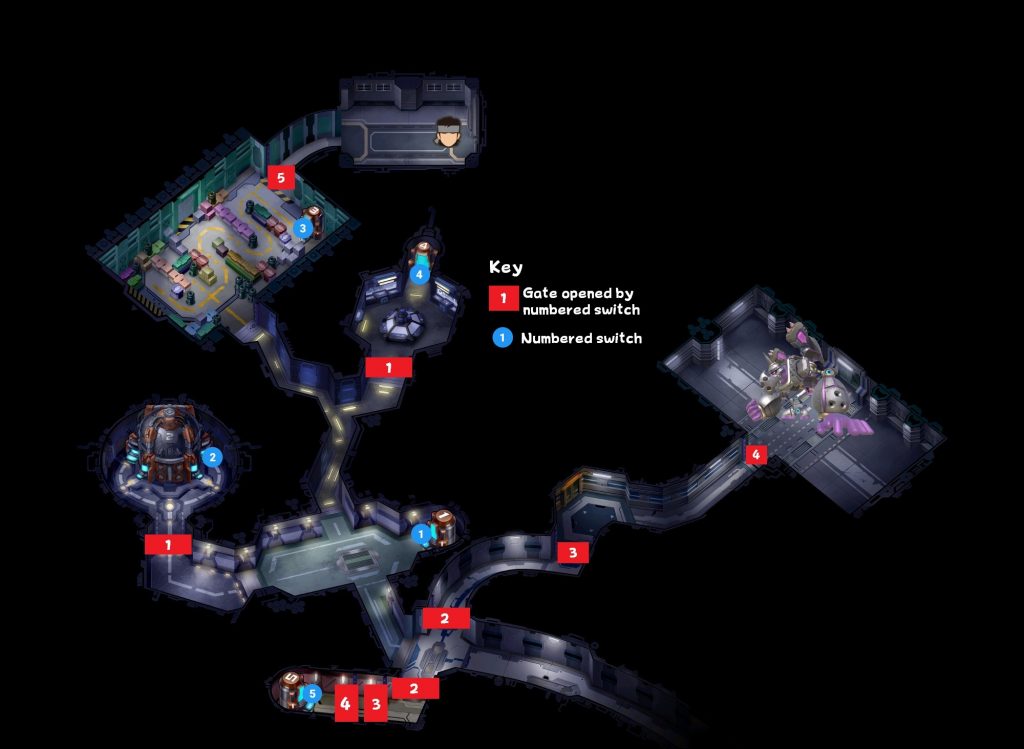 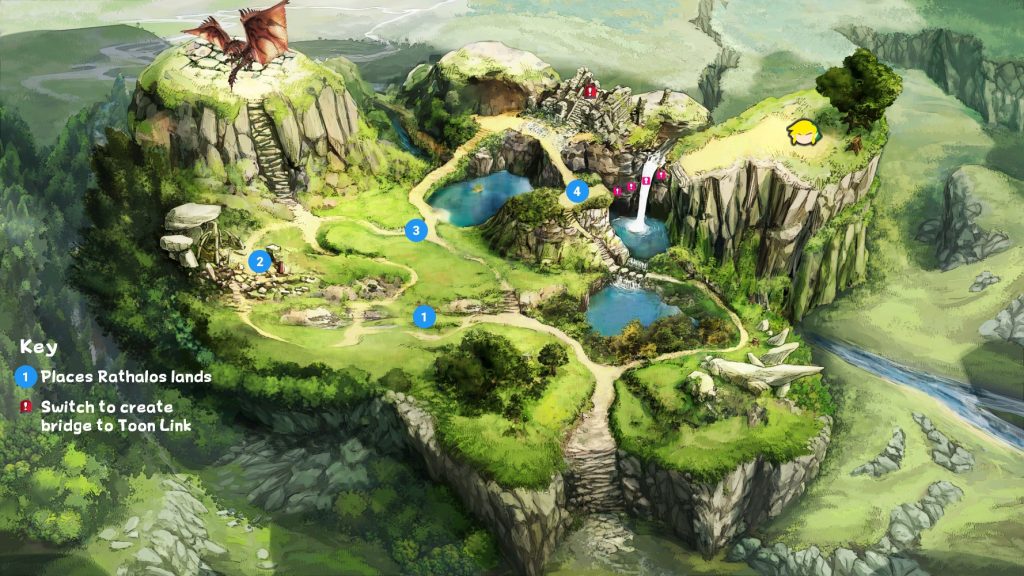 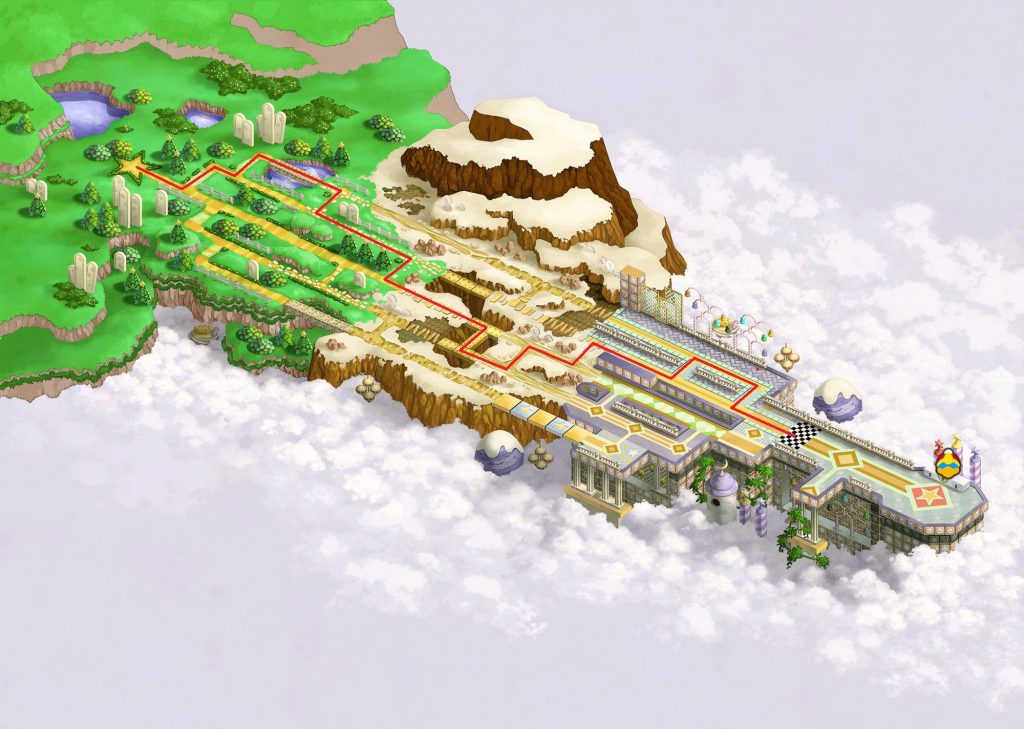 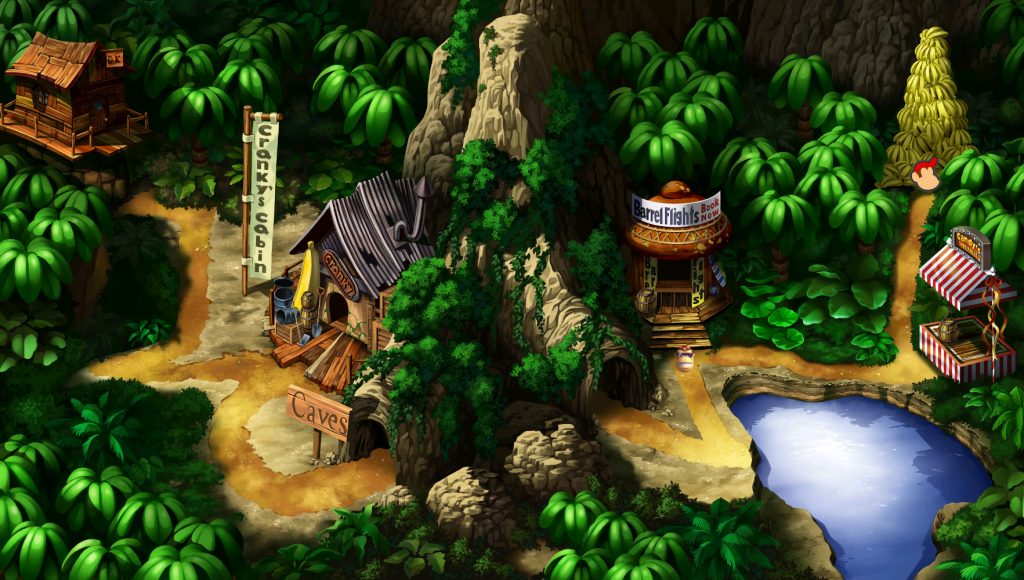 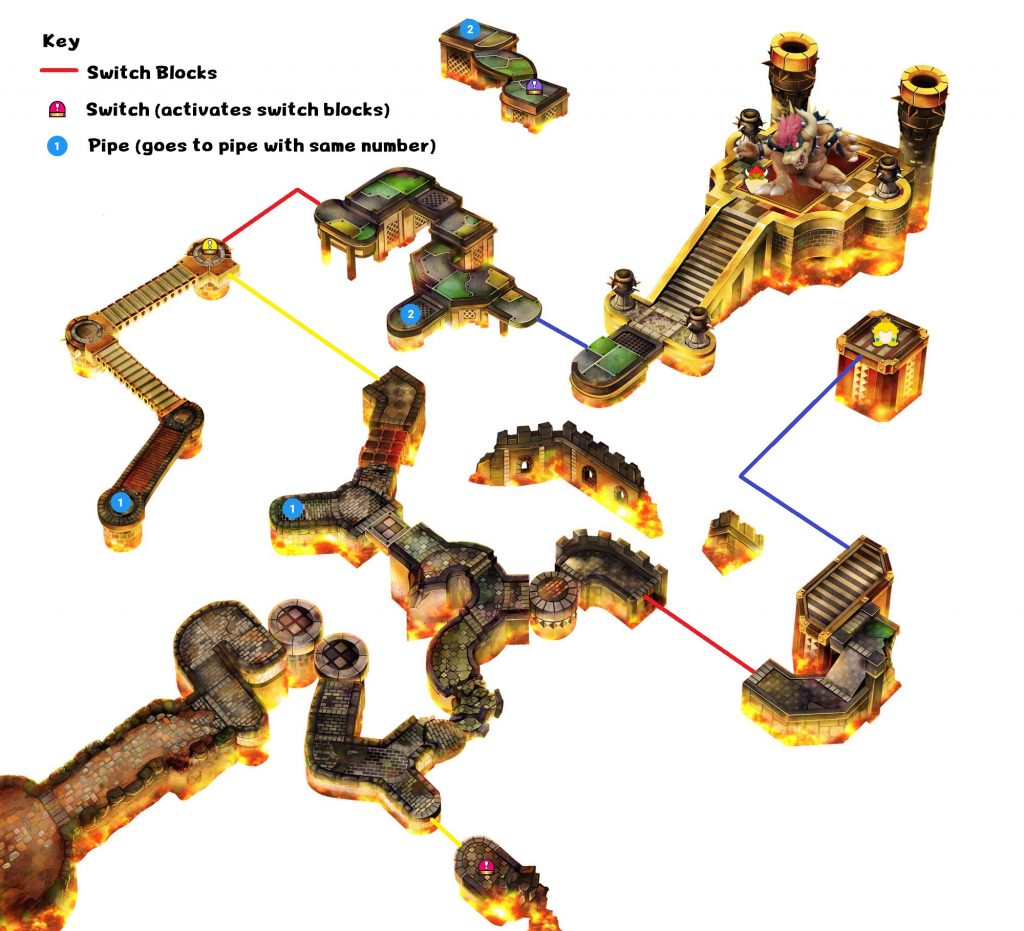 Unfortunately we couldn’t render the lava when mapping it, but that’s not a huge loss. 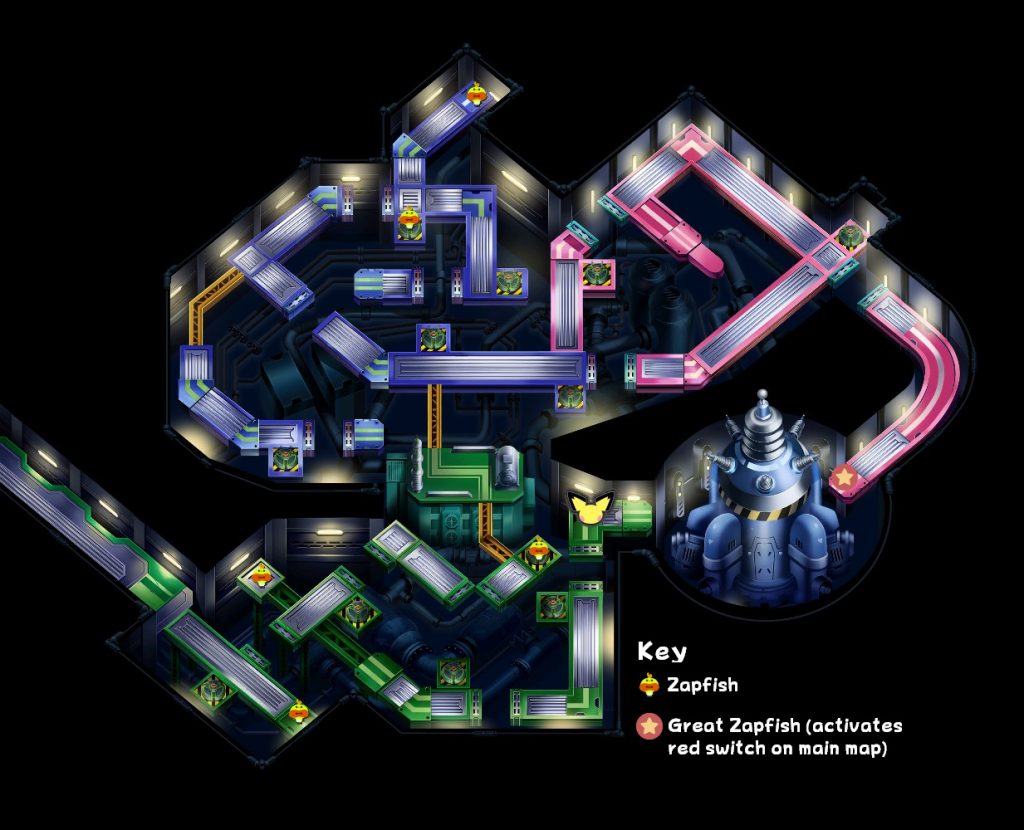 Note that this has two sections, hence the two maps below. 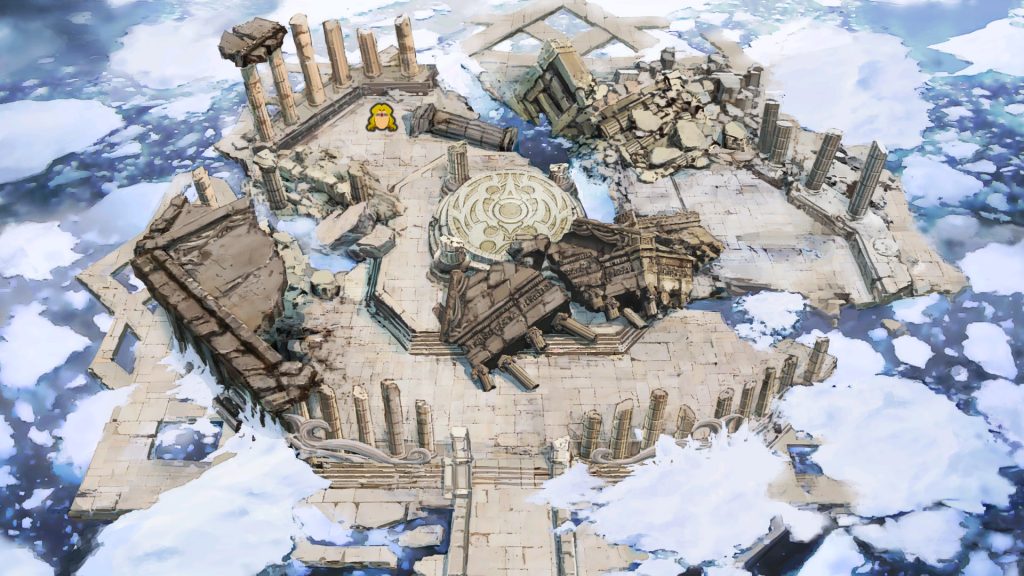 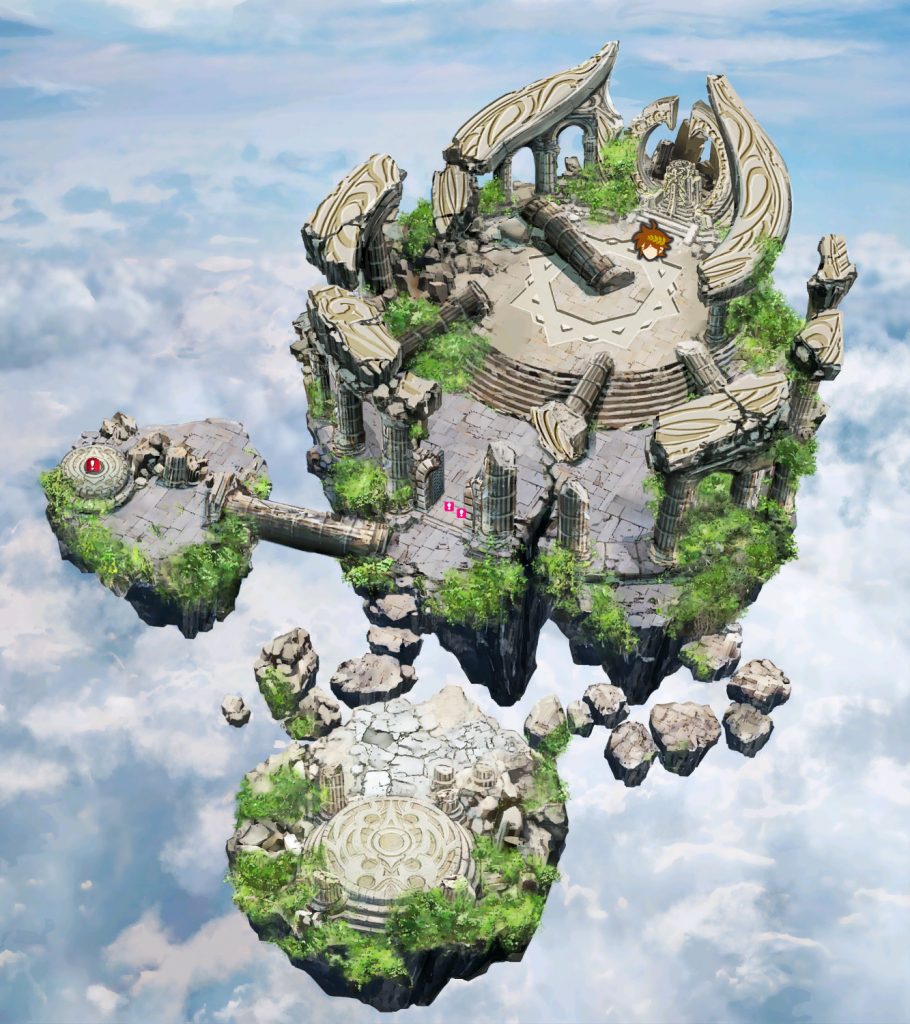 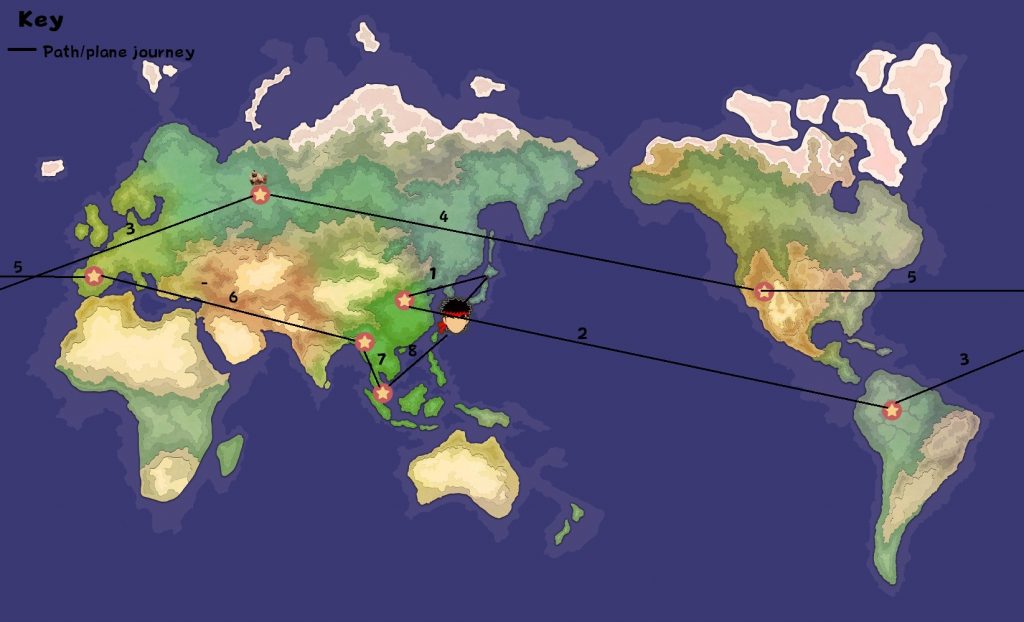 As you can see, the pathing is really, really weird here.

We’ve also got some text based information on their locations too, in case you prefer reading some descriptions over checking maps:

Finally, here are some quick FAQs for the issues that stumped us in our run-through:

1. How can I open the gate to Little Mac?

By completing the Power Plant submap. However, you don’t do that by merely defeating Pichu (like we thought you would), but by clearing the final battle with the Great Zapfish spirit. This will open all the red gates on the overworld and pave the way to the Little Mac fight.

2. What spirit do I need to reach the airport and unlock Ryu?

You need Kapp’n. You can find him at the spot marked on the map below:

3. Hell, what submaps are there in this world anyway?

There are the following submaps:

4. How do I unlock King Dedede in the Gourmet Race map?

You need to get 11 food items. This is done by following the path below:

Do that, and you should get enough food to fight King Dedede. If you’re still stuck, well here’s the map again. Go down the path marked in red:

5. What path do I need to use to reach Mr Game & Watch in the Pac Maze area?

From the left entrance:

That wraps up the first part of the game anyway. Onto the Dark Realm!

Cause as we all know, this game doesn’t stop once you beat Galeem. Instead, Dharkon takes over and sends you here, complete with more fighters to collect and bosses to defeat. What, you thought you’d only unlock half the roster before the final boss? Oh please.

So here’s a map of the main area showing the character locales here: 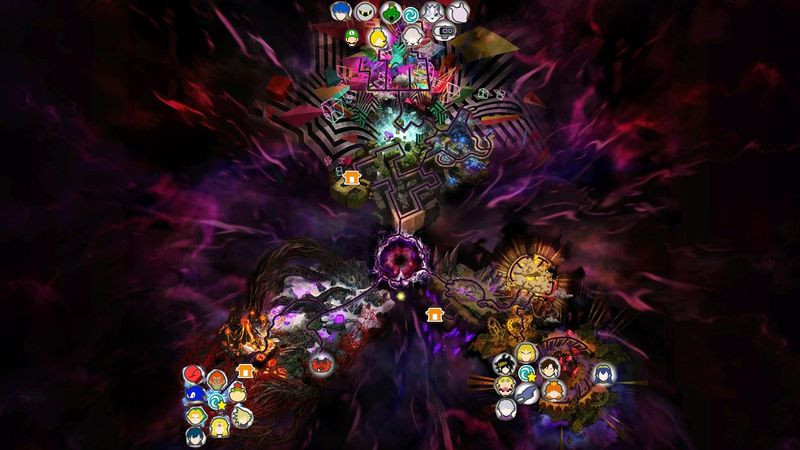 The original map Smash Wiki made forgot Luigi, so I added him in

As well as for the submaps: 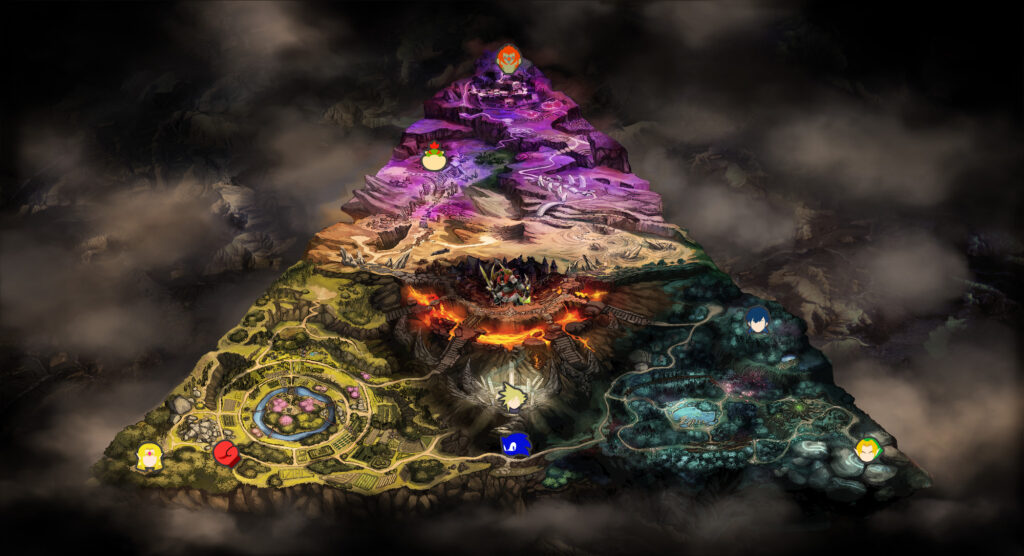 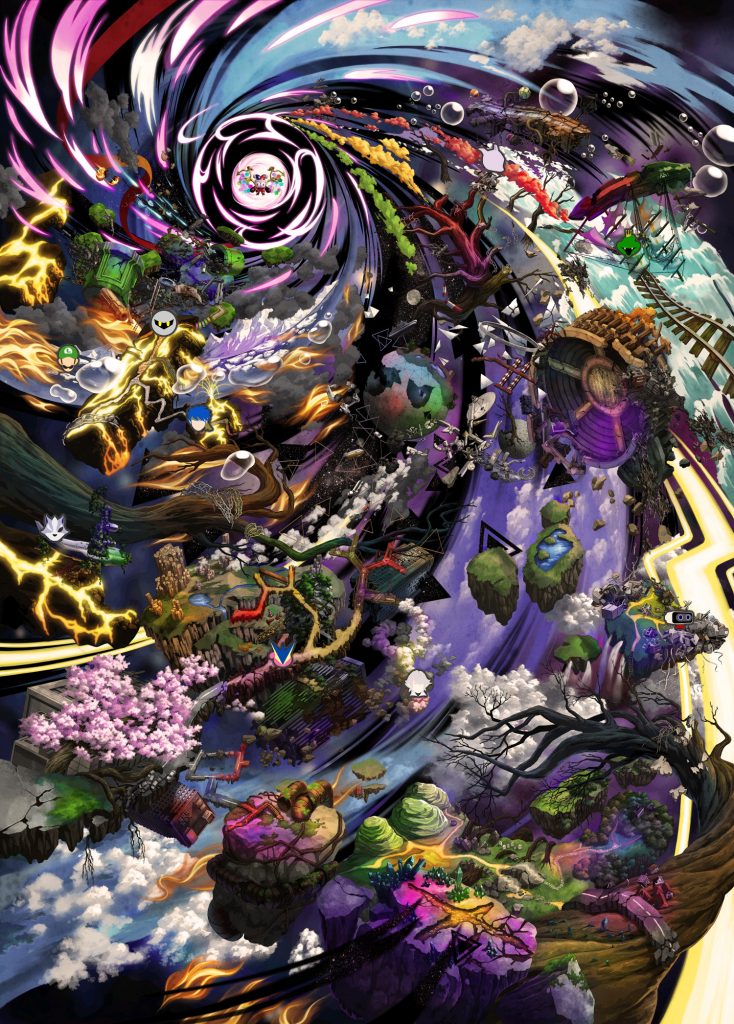 If anyone knows exactly what’s going on here… tell us

Plus, here are all character locations in text form.

That plus the map should be all you need, but here are a few FAQs none the less.

1. Okay, how the hell do I even get through the clock face to reach the entrance to Dracula’s Castle?

Follow the path below. We know, Nintendo’s pathing is utterly terrible, and it’s confusing as all hell. 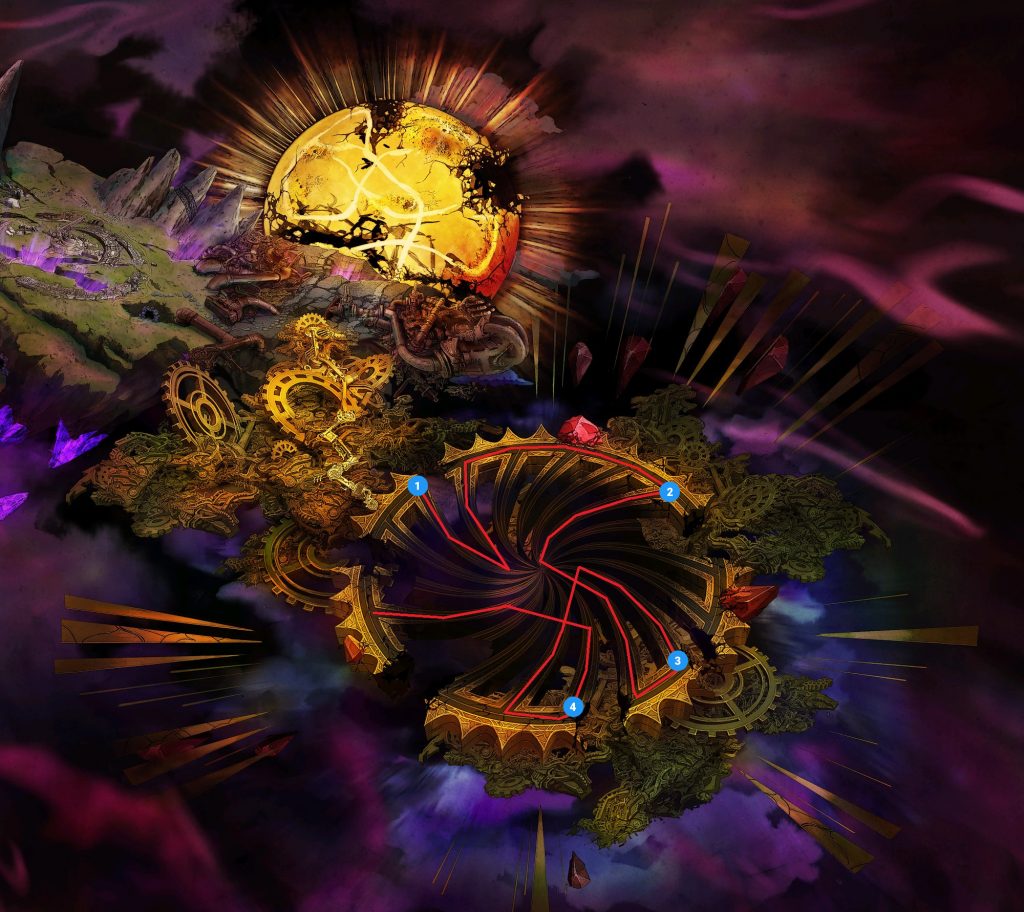 Even with the clock face removed, the paths make no sense

2. How do I even get past the clock tower?

Set up the barrier below so the cannonball bounces up and destroys the gears. This lets you take out two ghosts with one cannonball, and changes the geography of the area in a way that makes the final ghost possible to destroy. 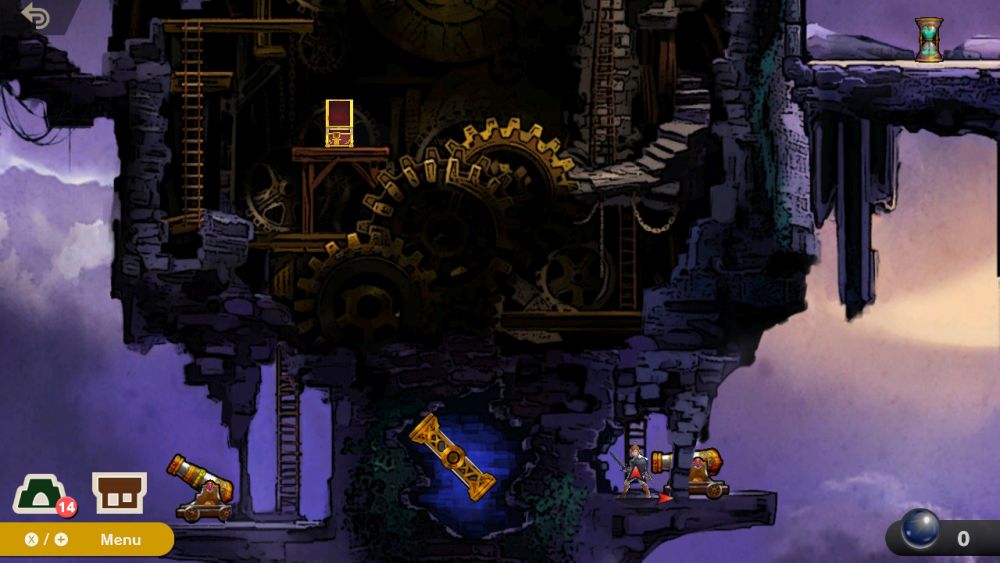 3. How do I unlock Richter in Dracula’s Castle?

Use the cannonballs to defeat all the ghosts. Once you do that, he’ll appear in the throne room.

4. How do I hit that last ghost on a balcony?

Make sure the cannon marked in the picture below is pointing in that way, then fire. It’ll ricochet up and hit the pesky ghost. 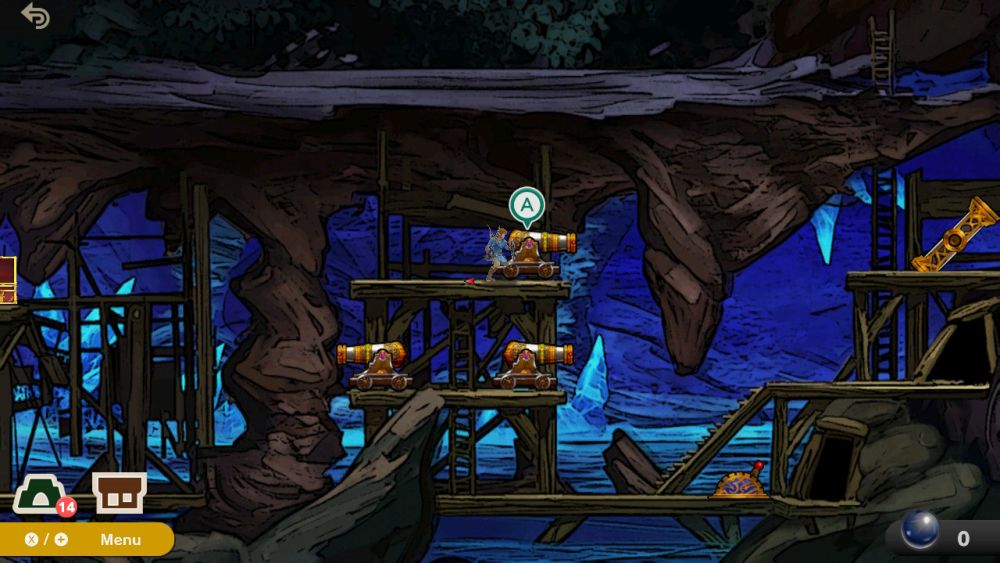 Fire the top cannon to hit the ghost

5. What do I need to do to reach Chrom in the Lost Woods?

Jump into the treasure chest with A. It’s an odd puzzle, but remember, this ain’t a Zelda game.

6. What about Young Link? 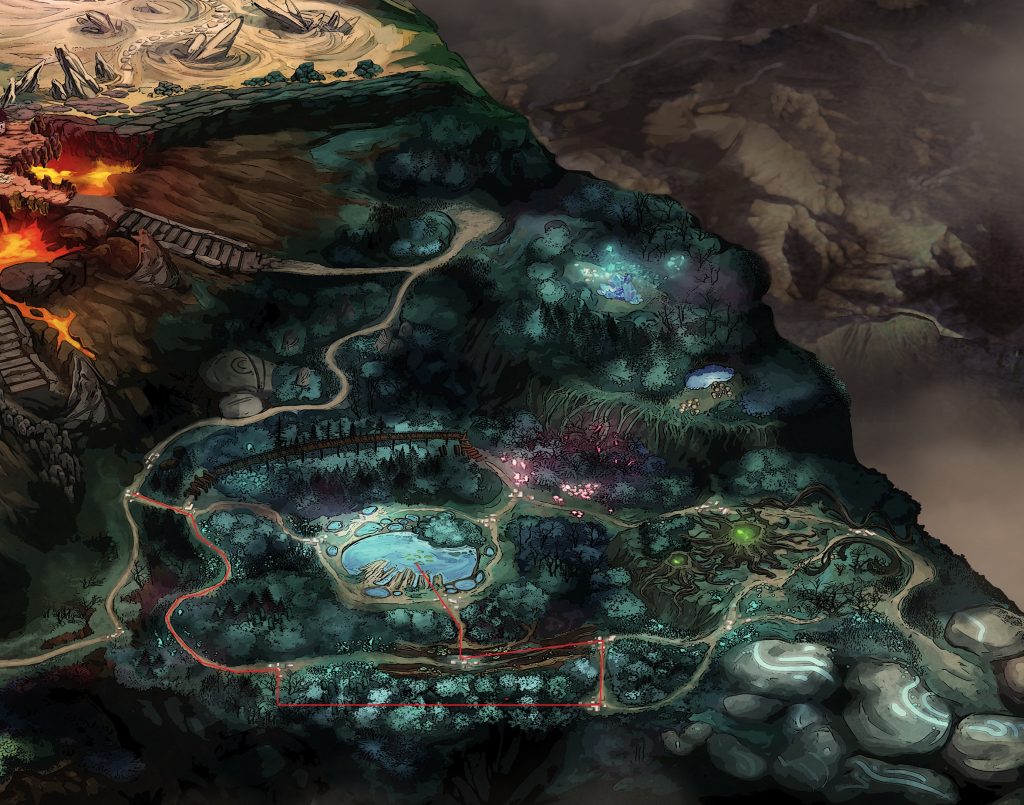 The invisible bit can be a tad finicky unfortunately.

7. How do I reach the Mii Swordfighter?

Put 4:40 into the clock by lighting the torches. This will make him appear in the dead end to the south east. 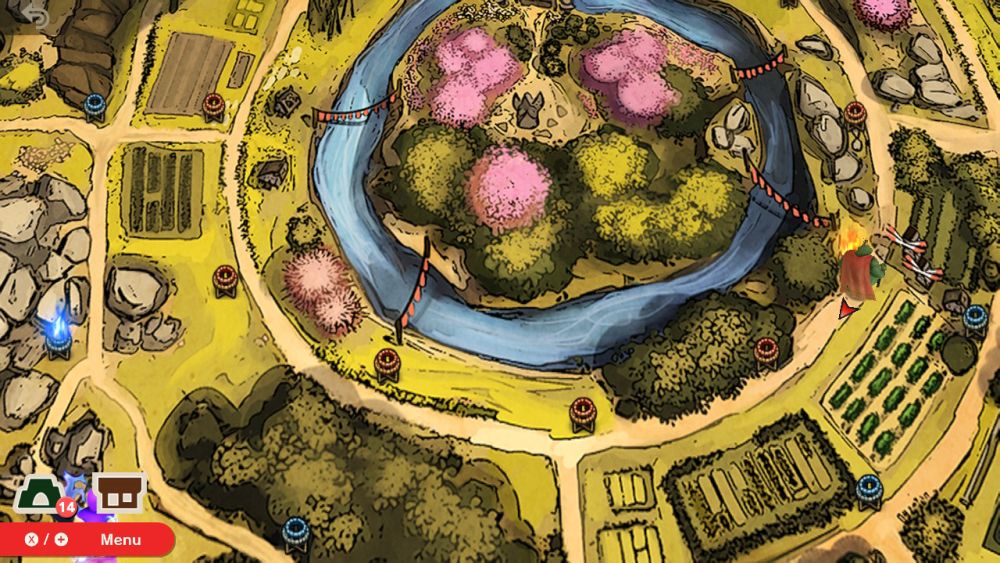 8. So… which hand is the hour hand again?

9. What does it mean by dive in with courage?

Dive into the pond. This transports you to a side area where you’ll face Saria’s spirit, and beating her is a necessary step towards unlocking Young Link.

Head back to the centre of the main Dark Realm hub. Then jump into the southern portal to go back to the World of Light. 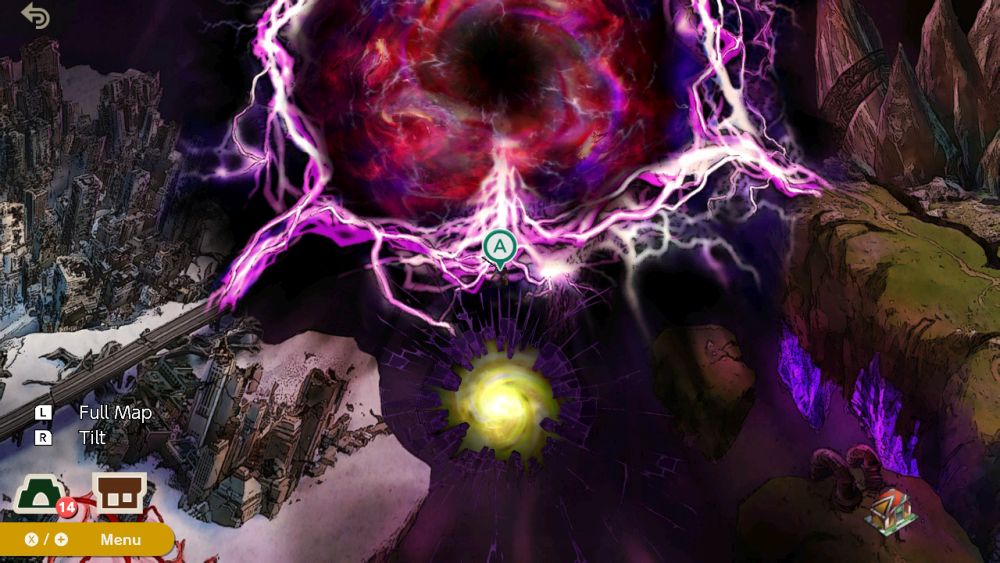 Jump in this portal to return to the first world map

And that should just about wrap up the Dark Realm for now. But hang on, if you followed this guide, you should still four characters short of a full roster. Where are they?

Well, they’re in the final world map! Let’s get to it!

As per usual, here’s the map: 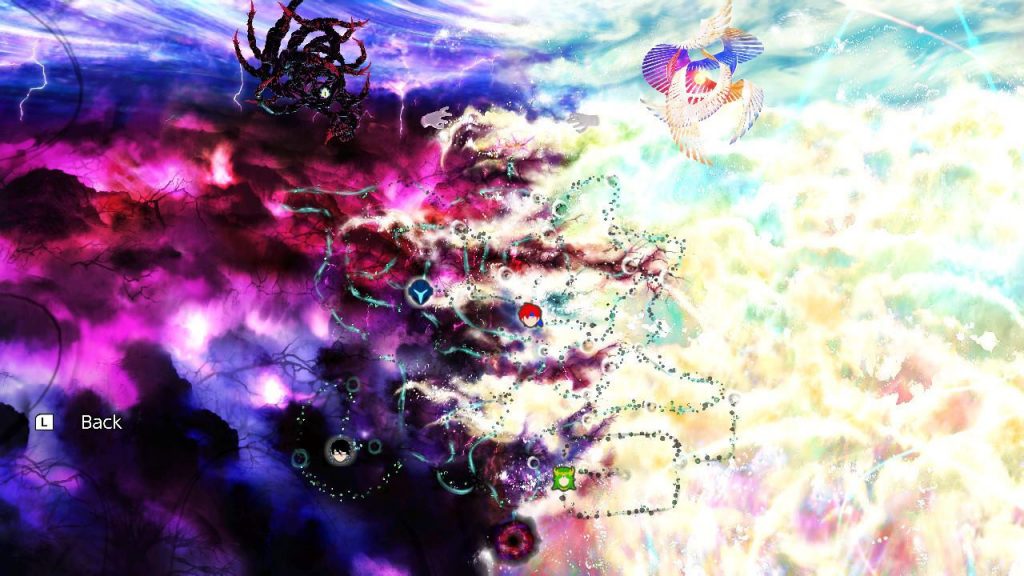 However, only two fighters can be unlocked at the start. Here’s how to get them:

Once you’ve done that, you may be wondering how to proceed from here. Well basically, you need to now defeat every other spirit on the map here, which will cause Master Hand and Crazy Hand to appear on the sides near Galeem and Dharkon respectively.

On the path to these two are the final two fighters…

And that’s it. You’ve now unlocked everyone in World of Light. It’s not the quickest way to get all the fighters (nor the most convenient), but it’s necessary to use them in said mode none the less, and it’s a nice challenge for anyone who’s up to it.

Still, onto the final FAQ…

1. What do you mean you need to beat every spirit to access the last two fighters?

As I said, you need to beat all the spirits on the last map to reach the true final boss, and the last two spirits are on the paths necessary to get to that true final boss.

2. Don’t you need to max out the skill tree or something?

No. Unfortunately, a lot of walkthroughs for this game put out by large gaming sites are kinda poorly written in this respect, and have made it seem like the skill tree is relevant to the final boss and ending you get. It isn’t.

Beating all the spirits opens up the fights with Master Hand and Crazy Hand, and it’s their work (after they’re freed) which opens up the path to the true final boss.

3. Finally, why should I even unlock characters in World of Light anyway? You did say there were quicker ways…

Yeah, there are quicker ways.

To unlock them outside of World of Light. However, World of Light doesn’t carry over the roster you’ve unlocked elsewhere, so any characters you unlock via other means will need to be unlocked again in World of Light in order to use them in said mode.

So you’ll have to follow this guide at some point or another. Better get them here now rather than having to unlock them a second time later.

Either way, that’s it from this guide. Hope you found it useful, and we’ll be back with a few more Super Smash Bros Ultimate guides in future.

Tell us if we missed anything in the comments below or on social media today!