How to Get Lots of Free Compendium Pictures in Zelda Breath of the Wild!

How to Get Lots of Free Compendium Pictures in Zelda Breath of the Wild!

In The Legend of Zelda Breath of the Wild, the Sheikah Slate has a feature called the Hyrule Compendium. This acts like a bestiary for the game, listing all the materials, weapons, enemies and other objects you encounter along with some useful details about them.

Additionally, it also lets you track said objects by setting the Sheikah Scanner to target them. So if you want to find a Lynel, you need a Lynel picture in the Compendium to hone the sensor too.

But here’s the issue;

Compendium pictures are annoying to get. You can either take them yourself, which involves marching across Hyrule and photographing everything that moves (or in many cases, doesn’t).

Or you can buy them from Symin in the Hateno Ancient Tech Lab for a certain number of rupees. Which is somewhere in the hundreds.

This means filling out the Compendium usually takes a fair bit of time. However, did you know there’s now a handy bug that gives you an alternative? Yes, there’s a way to get tons of free Compendium pictures without spending a penny!

So how does it work?

Basically, when you first activate the Sheikah Sensor in the Tech Lab, Symin demonstrates the feature by finding a photograph on the slate. This photograph is random, and acts like a free teaser for the ‘picture buying’ feature in the game.

Well, that’s how it’s supposed to work. What Nintendo did instead was give you a certain number of pictures… based on how many of a specific item you sold in a shop.

No, I’m not joking. Somehow, the items you sell in town dictate how many pictures Symin finds on the Sheikah Slate by using the tech lab demonstration.

So if you want all 35 Material pictures without having to buy or find them yourself… just sell 35 apples, mushrooms or other materials in the local shop and then talk to Symin for the demonstration. Now you can track Hearty Durians to your heart’s content!

Here’s a video illustrating how it all works: 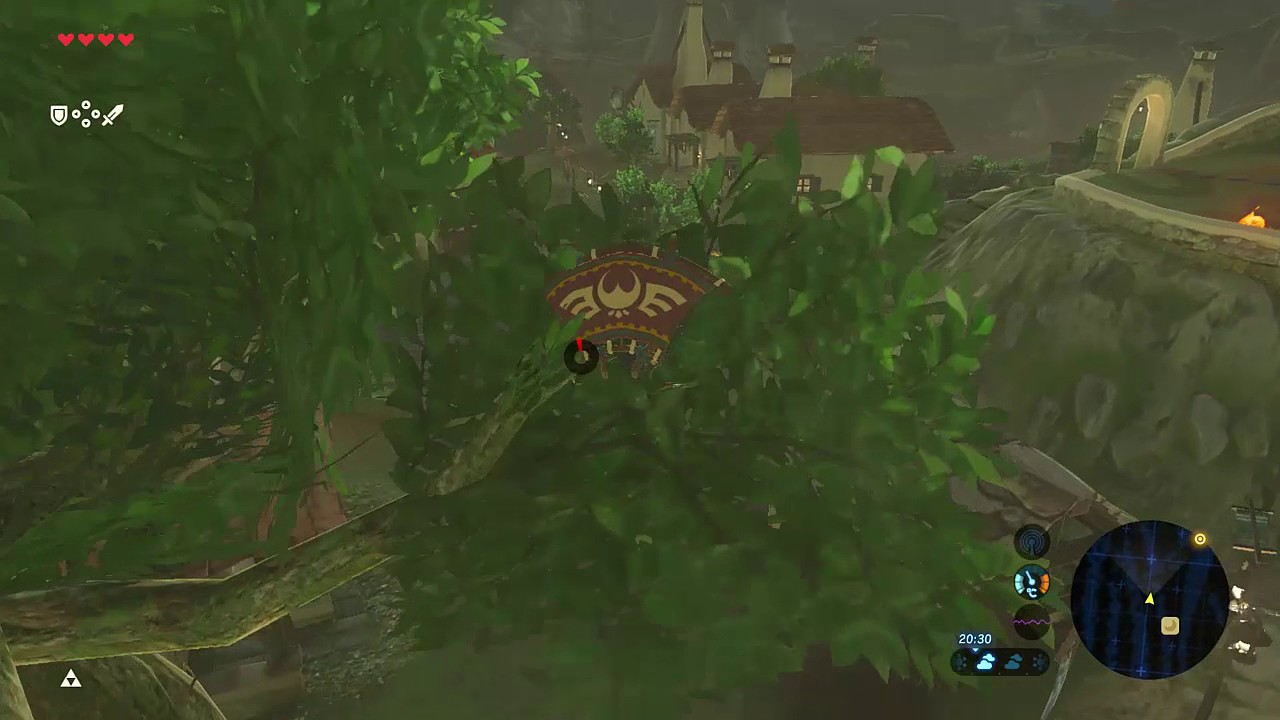 But what if you don’t want pictures of materials? I mean, fruit is nice and all, but it’s not something people care much about in this game. A few pictures of Hearty Durians and Mighty Bananas isn’t exactly the most exciting in the world.

Well, there’s a solution for that too. Basically, the game only gives you pictures of Materials if you have room for said pictures in the Compendium.

If you don’t… it’ll find another category to give you pictures from. So if you want say, enemy pictures, take your own pictures of every fruit and material in the game and then speak to Symin. You might get photos from the enemy batch instead. Or the creatures set. Or any of the other sets the Compendium has.

It’s not the most convenient bug in the world, but it’s a nice time and money saver none the less. Makes it much easier to get a full Hyrule Compendium that it was before.

So give it a shot! It’s definitely worth it if you’re that early in the game!