If there’s one thing we’ve learnt about Nintendo games in the last few decades, it’s that they’re inevitably going to leak online. Whether its Super Mario Odyssey or Luigi’s Mansion 3, Paper Mario: The Origami King or the latest Pokemon titles, each and every one ended up shared online well before its release date.

As a result, it’s no surprise the same thing has happened to Super Mario 3D All-Stars. Just like all those other games before, the entire thing has now ended up on file sharing sites across the internet, with thousands of people having started playing it a good week ahead of its intended release date.

However, while the piracy isn’t a great thing, the leak has provided us some interesting technical insight into how the game was programmed, and how these classics have been gotten to work on the Nintendo Switch system.

With the general answer here being emulation. Yep as you can probably imagine, none of these games have been rebuilt from the ground up, or even ported over to run natively on Nintendo Switch.

Instead they’re just being emulated in the same sort of emulator used for the Wii U Virtual Console versions. That’s why data for other unused N64 games exists in the files for the Mario 64 emulator:

These files I've listed for N64 Wii U VC: They're leftovers that they forgot to remove from VC releases, you find them yourself if you dump almost any Wii U N64 VC release.

As well as why we can just take the Super Mario Sunshine ROM used and run it in Dolphin without any further modifications:

SMS is indeed emulated, and Dolphin can run the rom pic.twitter.com/Xcsd2kDDoM

However, there is one interesting exception here. At least, to a degree.

And that’s Super Mario Galaxy. Indeed, while the GPU part is emulated, the main code for the game itself is actually ported to run natively on Switch, making it a sort of hybrid port/emulation deal.

– Super Mario Galaxy is half port, half emulation. The code is ported, but the GPU part is emulated and stuff.

It’s a pretty neat setup, and one we assume was used because of the issues Wii emulation had on the Switch hardware.

There’s also an interesting setup used for the Mario 64 ROM’s text too. As you know, the version from 3D All Stars uses the Japanese Shindou Edition ROM as a base, an updated version which fixed some bugs and updated a few voice clips.

So what did Nintendo do to get it working in English? Oh, just update the text in real time of course.

Yep, apparently the text changes from the selected name are made in real time via LUA scripts rather than via edits to the ROM itself. Again, it’s an interesting setup, and one we’re surprised Nintendo went with overall. Perhaps they’re a huge fan of Blanchon’s Wario Land 3 ROM hack?

Nah, probably not. It’s probably just to save space, and avoid having to fit the text for each language into the ROM. Regardless, it’s a creative way to make said changes, and one we hear they used for certain Virtual Console games too.

So here's the unexpected things that I saw about 3D All-Stars overall:
– Main Menu isn't Lua based
– Super Mario 64 uses the japanese Shindou Edition ROM as base, and then hacks the text from selected language in real time via LUA scripts.

We also get some information on the control schemes for the games too, which illustrate Nintendo’s solution to Sunshine’s pressure sensitive buttons mechanic: 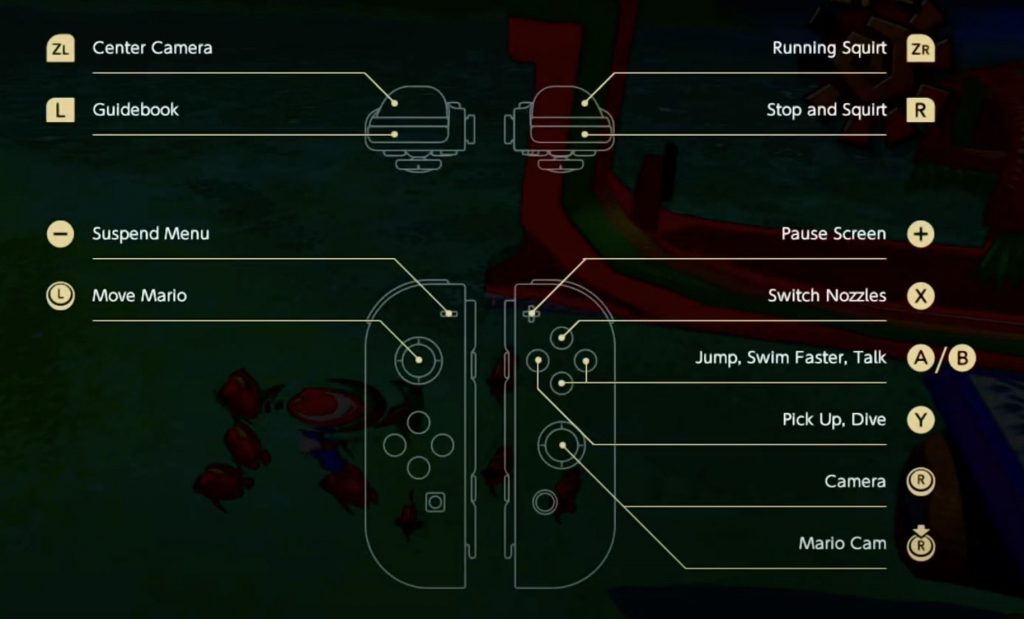 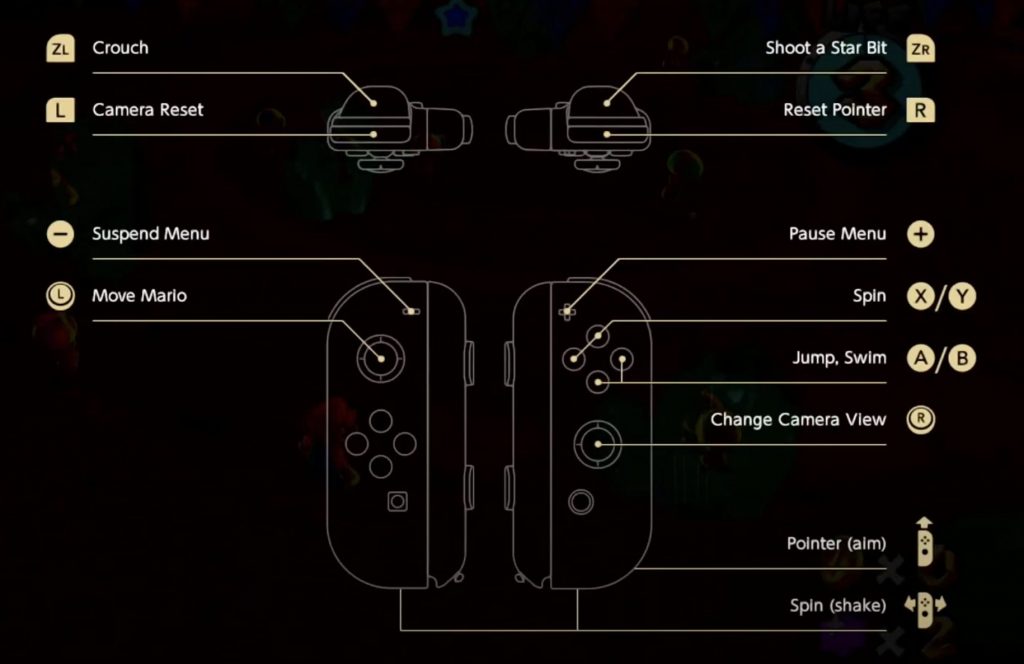 Apparently, their solution is to map a ‘Running Squirt’ to the ZR button and a ‘Stop and Squirt’ to the R button. It’s certainly a solution to the problem, though it may not exactly be the ideal one for those willing to complete the whole game.

Other details given by the leaks include the removal of the Stereo/Mono sound options in Super Mario 64, as well as a glimpse at the loading screen for Super Mario 64, complete with some familiar artwork from Nintendo Power:

The Super Mario 64 load screen in Super Mario 3D All-Stars features a snoozing Mario, the same rendering used in a Nintendo Power insert to get you to subscribe to the magazine. #SuperMario64 #SuperMario3DAllStars (Source: https://t.co/EX85Ev315I for the scan) pic.twitter.com/hxpFftHwpR

Not all news is good news here though.

No, a few of the other changes found in the remake feel a bit cheap even by Nintendo standards. For instance, what do you think they did to update the tutorial FLUDD gives you near the start of Super Mario Sunshine? The one where he tells you the controls via voice acting?

Presumably, you’d think they’d get the voice actress back in to record a few more lines. After all, it’s not some random off the street that Nintendo never used again, it’s Kit Harris, who voiced the Nokis from the same game in every Mario spinoff to date. The same one who voiced them in Mario Kart 8 Deluxe, which was released only a few years ago on the same system.

But no, they didn’t. Instead their solution was to just cut out the parts of the recording that mentioned the actual controls. As a result, the game just says ‘press the button’ whenever the player needs to press anything, complete with an obvious pause where the button name was chopped out.

Shoutout to Nintendo for the Jank as hell editing of removing button names so they could just not have to get the VA again, and also removing the part about "holding down partway" pic.twitter.com/UaFb55Nkbi

It’s a surprisingly lazy edit for a game like this, and one you wouldn’t imagine Nintendo would make for a milestone celebration like this.

Same goes for their edits to certain sound effects too. For instance, II Piantissimo’s sound effect in the Super Mario Sunshine port sounds more like a censor beep than anything else:

They just straight up replaced the original sound effect with a censor beep??????????????? pic.twitter.com/pqCaINh2BF

Given the original sound effect wasn’t ‘rude’ by any definition of the word, it’s probably best to assume this was an emulation bug rather than a deliberate change. Still, it sounds weird as heck nonetheless, and makes II Piantissimo sound more like he’s flipping you off rather than anything else.

Either way, the games have leaked online, and those are all the details we know about the ports, how they were implemented and what changes Nintendo made to them.

So what do you think? Do the leaks make you more or less interested in buying Super Mario 3D All-Stars when it launches this Friday?

What other changes have you noticed in these games?

Tell us your opinions and observations on the matter in the comments below, on the Gaming Latest forums, or on our Discord server today!