Pokemon never catches a break when it comes to leaks, does it?

Indeed, whether it’s the Spaceworld prototype for Pokemon Gold and Silver, the demo data mining in Pokemon Sun and Moon or the mysterious insider leaking everything about Sword and Shield, the series has just been flooded with leaks over the years, with every new game and feature getting revealed months ahead of schedule as a result.

It’s a trend the series has struggled with since its inception, and one it’ll likely have to contend with forever more.

And it’s one that shows no signs of letting up, at least if the last leak is to be believed. Why?

Because this one hasn’t just revealed new Pokemon or content.

No, it’s seemingly resulted in the full source code for the likes of Pokemon Blue and Pokemon Yellow being leaked online. So now not only do we have the ROMs for the game as usual, but the entire sources for the games as well, letting us know everything there is to know about what’s included in them and how the game was programmed.

Here are the threads about it from 4chan and ResetEra:

As well as some interesting coverage courtesy of Nintendo YouTuber Dr Lava:

There's been a new leak of Gen 1 development material, including reference to Pokemon Pink, a possible scrapped companion to Yellow. I tweeted bits & pieces today, but I'll publish a full article soon on my site https://t.co/sv0rVOIXfr. I'll keep you posted. pic.twitter.com/udushFAFC3

More about yesterday's leak of Blue and Yellow source code that I mentioned in my last tweet. Another interesting bit are some Pokemon's early English names. For example, Vulpix was originally Foxfire, Rapidash was Gallop, and Rattata was Korattavar. pic.twitter.com/TuRx4xpmvf

All of which have a lot of interesting information about the development history for those games. For instance, it seems like Pokemon Yellow wasn’t planned to be a standalone third game during development.

No, there was apparently going to be a Clefairy or Jigglypuff focused counterpart released alongside it. That’s because the source code for Yellow references Pokemon Pink Version, implying said version was in development at one point.

However, it was scrapped early on. We’re not sure why that was the case (perhaps because they’d already released three versions of the game in Japan by that point?), but plans shifted to a sole Pikachu themed version instead.

The leak also includes some early Pokemon names too. Here’s a poster showing them in all: 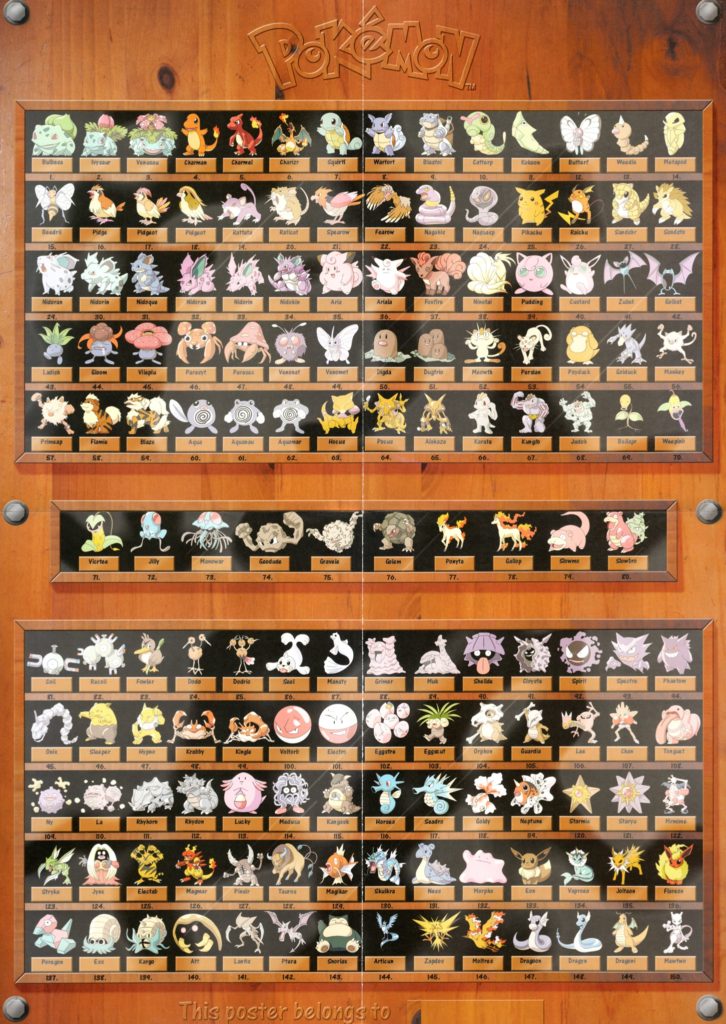 This poster isn’t from the leak, but also has the same names

As you can see, they reveal a few interesting things about the creation of each Pokemon and its name origins.

Like where the ‘eon’ part at the end of each Eeveelution’s name came from. Apparently, Eevee was once called ‘Eon’ in English.

So the names of its evolutions all stem from that. Vaporeon, Jolteon, Flareon, Umbreon… they’re all just saying ‘[elemental type] version of Eevee’.

It all made perfect sense, at least until they changed Eevee’s name. Regardless, the names stuck, and that’s where the eon prefix ended up coming from.

Of course, not all old names worked better here. No, a lot of them were simply changed because they weren’t very good, and the series is better off for it. For instance, Vulpix was once known as Foxfire, Rapidash was known as Gallop and the Gastly family’s names all came from common words for ghosts (Spirit, Spectre and Phantom for Gastly, Haunter and Gengar respectively). 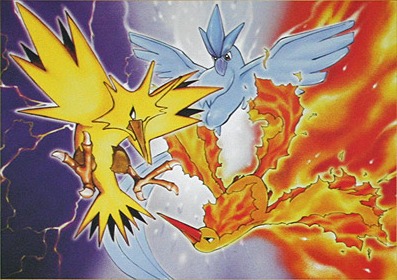 The Japanese version had a lot of these boring names, like Freezer, Thunder and Fire for Articuno, Zapdos and Moltres respectively

Hence changing them gave the series a bit more of an identity, and probably cleared the way for future trademarks too.

The leak also included some unused maps planned for generation 1 too. Like the following one, which was recently posted on Twitter by Dr Lava:

More about yesterday's leak of Blue & Yellow source code that I mentioned in my last 2 tweets. The leak also included Gen 1 prototype maps, like the one seen below. This new leak is still being picked apart, so I'll tweet more about it this week. pic.twitter.com/1Ri861S6QL

As you can see, it appears to be a scrapped town of some sort. Presumably one set in the middle of a forest region, perhaps located where Lavender Town is in the final game.

Finally, there are also audio files indicating other Pokemon were meant to speak their names in game, like Pikachu does in Pokemon Yellow onwards.

However, given the poor quality of these files (you can barely make out the word ‘Diglett’ in the one above), it’s likely they were scrapped for quality and space reasons. No point trying to digitise 151 spoken Pokemon cries when the results would sound like something out of a bad bootleg after all.

So yeah, check out the topics on 4chan and ResetEra, give Dr Lava a follow on Twitter, and maybe even look into the files themselves to see what you can find there.

There’s sure to be some intriguing stuff here!