Over the last few months or so, an absolute ton of Nintendo source code has been leaked online. We’ve seen leaked code for SNES games, with titles like Yoshi’s Island, Super Mario World and The Legend of Zelda A Link to the Past seeing their code posted online. We’ve seen stuff from N64 games, with Mario 64 and Ocarina of Time prototypes revealing things like Luigi’s old playable character model or evidence that the Triforce may have originally been obtainable in said game.

And now it seems we’re seeing even more leaks of a similar nature. Why? Because earlier today, sources for various GameCube and Wii era tools were posted over on 4chan, complete with the entirety of Pokemon Emerald’s source code.

You can find the thread on it by looking up ‘/ppg/ – Leak Thread: Emeralds Edition’ in Google.

However, don’t expect it to be too much from a gameplay standpoint. No, with the exception of Pokemon Emerald, this one doesn’t appear to have source code for many games at all, and instead contains things related to the GameCube and Wii hardware and its development. That’s certainly going to be a bit disappointing if you expected things like Super Smash Bros Melee/The Legend of Zelda The Wind Waker/Luigi’s Mansion/Super Mario Sunshine betas or something of a similar sort.

Yet what’s there is fascinating nonetheless. most notably, this specification you can find included in it: 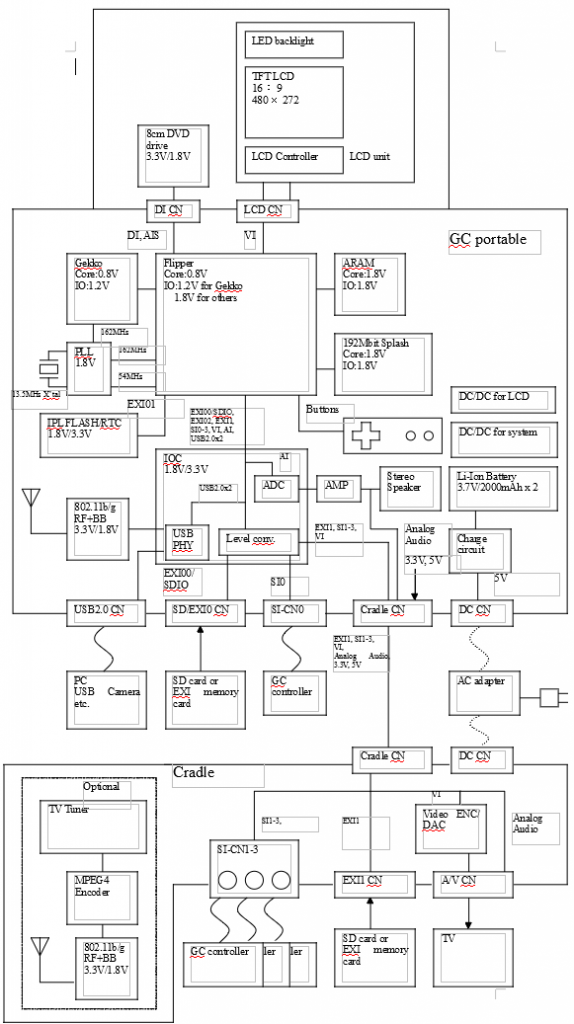 Yep, it’s what appears to be a Portable GameCube, complete with evidence of a Switch like system including screen and dock. And this is fascinating for many reasons.

Most and foremost being that it heavily implies the basic Switch concept was bouncing around the company for quite a while before the system’s actual reveal in 2016. It wasn’t just the next step on from the Wii U, it was the end result of an idea they’d attempted and failed at numerous times in the past.

Which would explain why the GameCube also has such a high focus on portability. After all, how many home consoles have a handle? 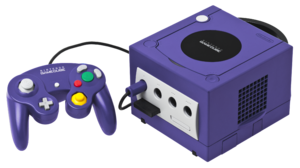 The answer is very few. Yet while its presence doesn’t make a lot of sense on the console as it is today, it makes perfect sense if you see it as the start of Nintendo trying to merge their handheld and home console systems, or a leftover from a time when the system was a hybrid one.

Then there’s the obvious ‘what if’ questions it raises. Like say, whether the Switch concept would have worked back in 2001.

How would the world have reacted here?

Well, it’s hard to say really. On the one hand, the idea would have been a unique one, and would have helped the Cube stand out among its samey competition of the time. That might have worked to its benefit, especially given the lack of appeal a ‘generic’ Nintendo console had in an era where Sony and Microsoft were also competing on the exact same things (price, third party games, power, etc).

So at least a hybrid GameCube would have done something unique.

Yet at the same time, it may have also run into various issues as well. Like say, battery life related ones.

Since the technology used for the Switch today wasn’t exactly all there in the early 00s. This meant that most overly powerful handhelds ended up having a very poor battery life, and were completely unable to go for too many hours before needing a recharge.

So even if the Switch idea was in some sense technically possible, it may not have been all that viable. It could have lasted just an hour or two before needing to charge, might have needed some weaker tech to fit within size limits and may have ended up coming across as more of a curiosity than the phenomenon its ancestor is today.

Either way, other things found in the leaks include (credit to togemet2 on TCRF Discord server for this):

That’s nothing too insane, but it’s interesting for collectors, preservationists and dataminers nonetheless.

Still, what do you think? Are you interested in any of the stuff included in this new leak? What do you think about the possibility of a Portable GameCube that might have worked like the Nintendo Switch does?