Here’s the trailer showing it off that they shared online: 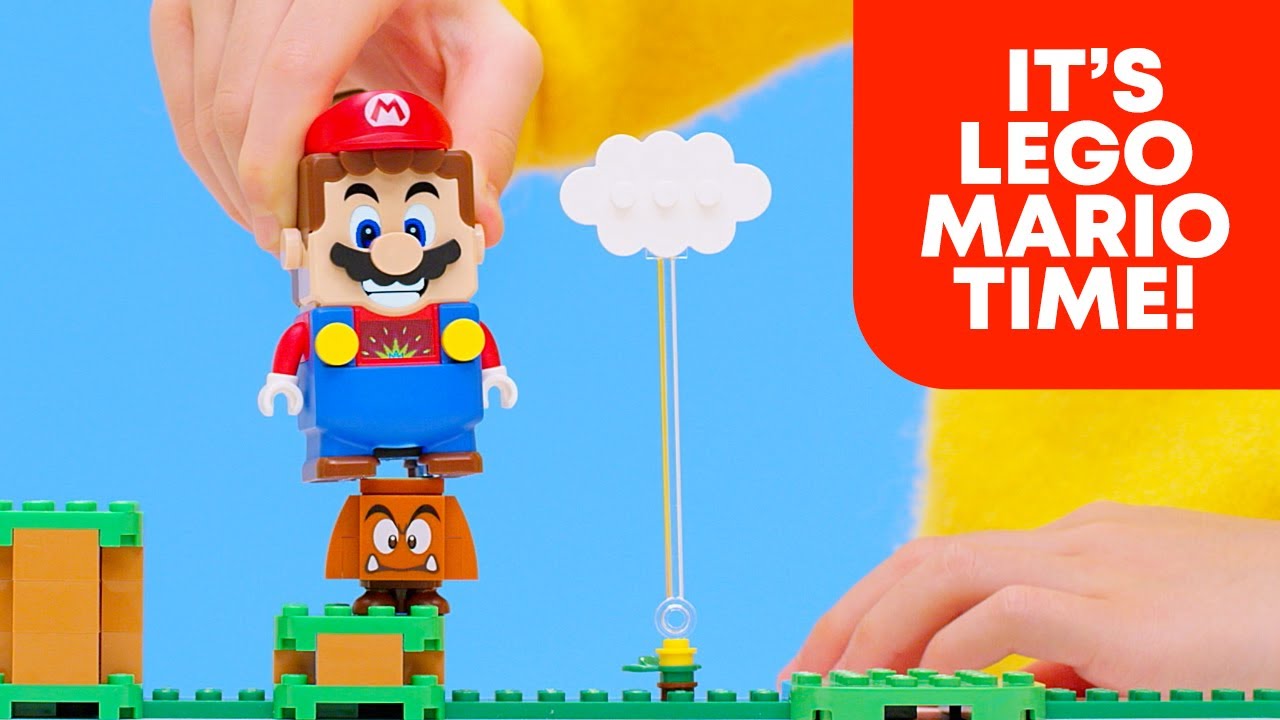 As you can see, it’s a bit… different from your standard LEGO set. This one’s got a fair bit of interactivity involved in it, with the Mario figure changing his expression, playing sound effects and doing other things based on how he interacts with other objects.

For instance, having Mario jump on a Goomba will play a stomp sound effect and show a coin on his chest, whereas having him hit a block will play a block sound effect, before giving Mario a random item from a roulette shown in the same place. 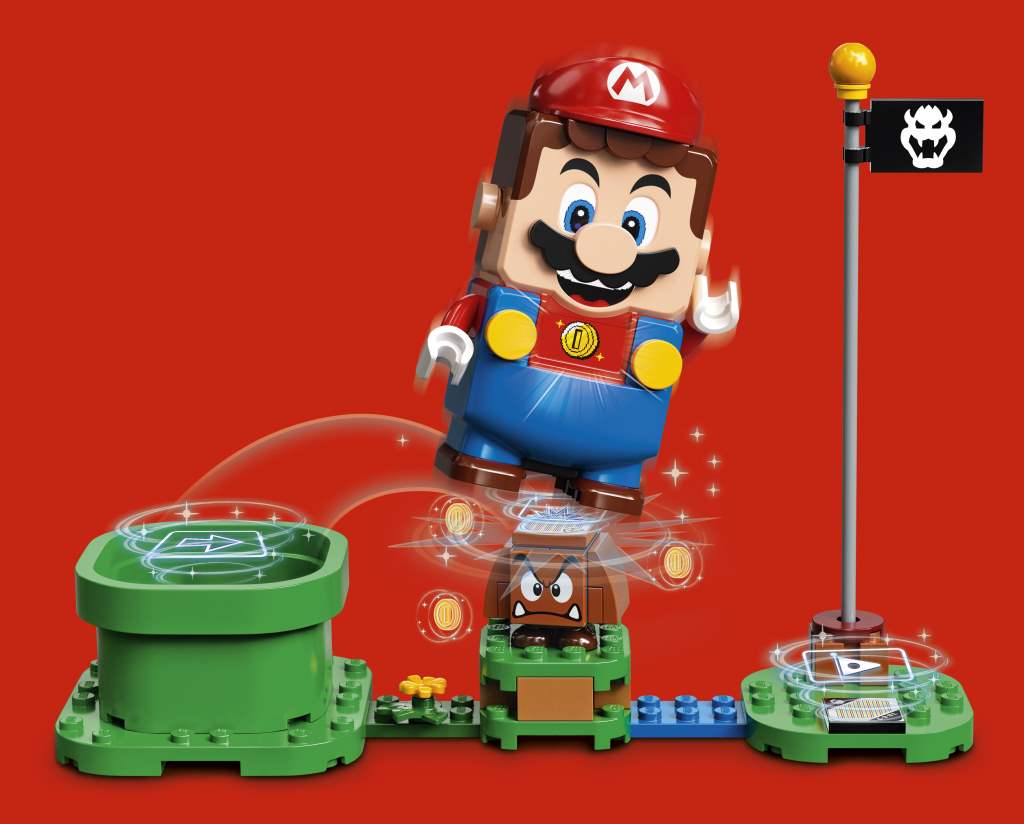 As you can see, the icon on Mario’s chest updates when he does anything

It’s an interesting direction for Nintendo and LEGO to take here.

But it makes perfect sense none the less. After all, their recent collaborations have been all about integrating gamification elements into other mediums, with the upcoming Super Nintendo World theme park also having many video game like elements to it.

So it only makes sense the same thing would exist in their LEGO sets too.

Regardless, if you’re not interested in the interactive side, it does seem there’s quite a bit to built in this set none the less. You’ve got tiles for different Mario themed worlds, some familiar faces and various extras on top of that. Characters include: 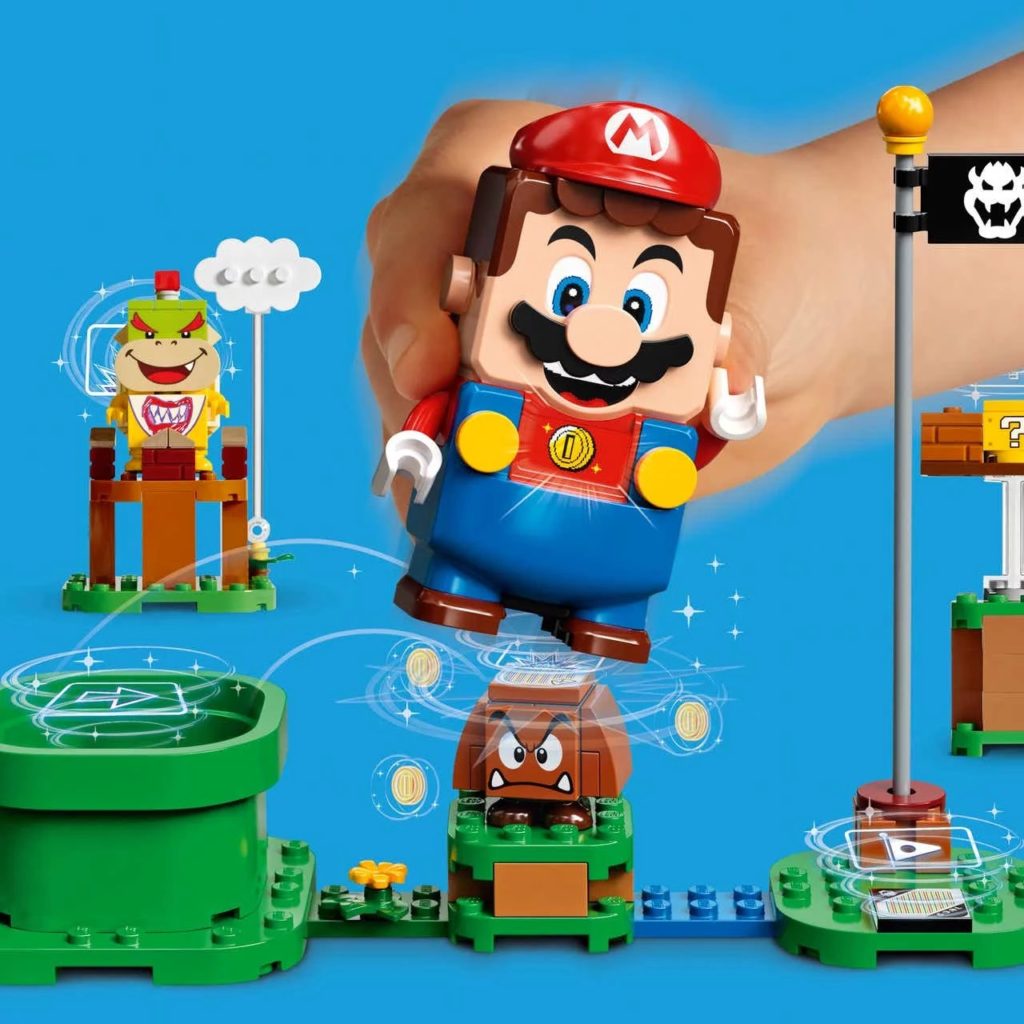 Whereas world themes seemingly include a grass world, desert world, water world and lsva world/castle to say just a few.

Either way, it’s an interesting concept, and it’s due to launch this year.

So check out the video, read this fantastic interview with LEGO designer Jonathan Bennink at the Brothers Brick blog here.

Then tell us what you think of this Mario LEGO set in the comments below (or in one of our various communities across the internet).