As most people likely know, most video games change an awful lot during their development cycle. Indeed, regardless of whether it’s Mario 64 or Pokemon, the Legend of Zelda Ocarina of Time or Luigi’s Mansion, almost every major game you know of went through dozens of revisions throughout its development, with the earlier versions often have little to nothing to do with the one that finally got released to the public.

Caption: As seen in these Ocarina of Time videos from Shoshinkai 1995, Spaceworld 1996 and the game’s 1998 commercial respectively

Unfortunately, getting more information about these changes is usually a challenging task. That’s because while a decent amount of unused content is often left on the disc/cartridge, much of the rest is only found in the game’s betas and prototypes, with said versions rarely if ever getting released to the public. This means most of the interesting content ends up locked away behind closed doors in the companies who made it, with only the few games that receive concept art books (like Super Mario Odyssey and Zelda Breath of the Wild) giving us much insight beyond that. 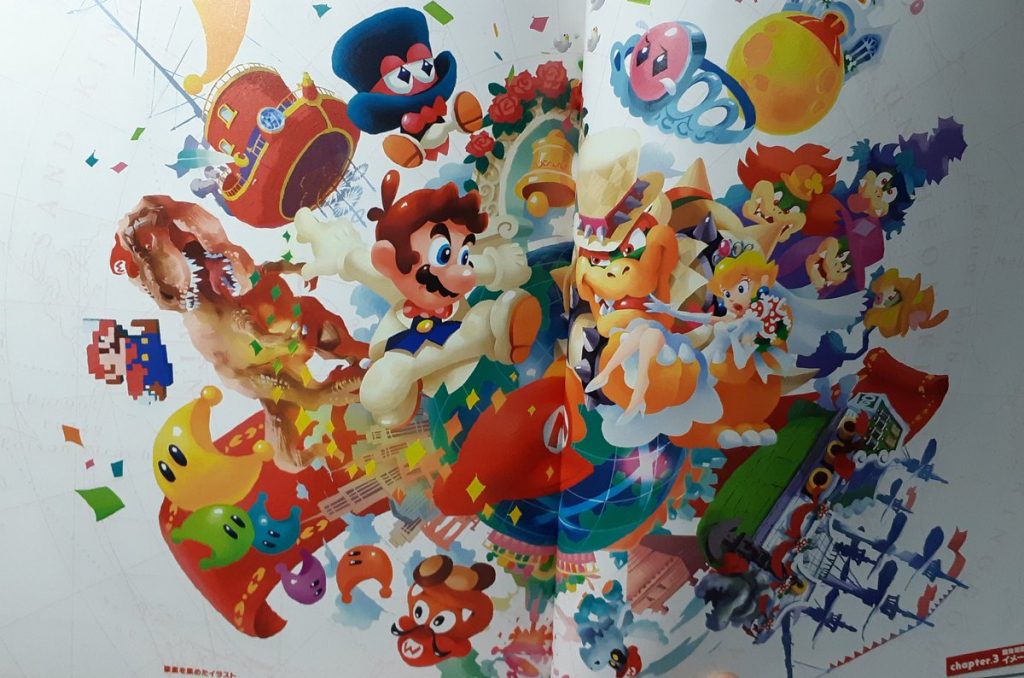 If the Art of Super Mario Odyssey never existed, all this would be lost forever

But there are exceptions. Most notably, the Pokemon series, whose creators have had about as much luck securing their prototypes as they have stopping info about their upcoming games being leaked online. This has resulted in numerous instances of prototypes and betas being released online, including early versions of Pokemon Red and Blue and Pokemon Gold Silver. 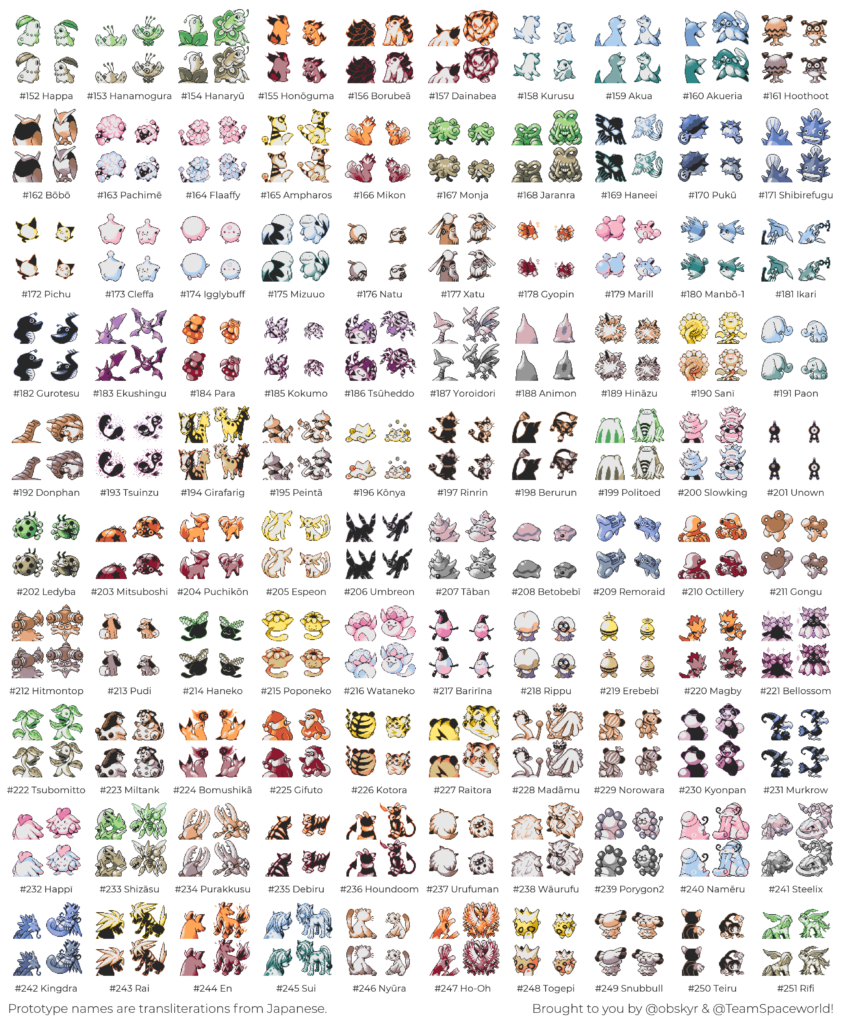 Both of which ended up revealing dozens of new Pokemon, trainers and locations that never made the final cut. Image edited by Dr Lava, removed background may have lost a few pixels from certain designs

And now it seems we’ve got another example, this time from generation 4. That’s because as the title suggests, early sprites for the Pokemon available in generation 4 (Diamond/Pearl/Platinum/HeartGold/SoulSilver) have now seemingly leaked online. Here’s a download for all them:

Which as you can see, are generally similar to the ones in the final game. They’re not from the same point in development as say, the Pokemon Gold and Silver Spaceworld demo was for that game. No, the poses generally match the final versions, and the colour schemes seemingly having seen much in the way of revisions either.

But there are some intriguing differences none the less. Namely, some unused gender differences between the male and female versions of various species.

And the scale of these differences is actually rather incredible. Indeed, based on the sprites shown here, it seems like Game Freak originally intended to give every Pokemon in the series slightly different designs for their male and female members. Female Charizards would have one horn instead of two, female Arcanine would have ‘neatly combed’ hair on their mane instead of the spiky stuff present on their male counterparts, and Chimecho… would actually have its genders featuring a different colour scheme overall.

Caption: Female Charizard had one horn, whereas male ones had two

Caption: Male Arcanine have a spiky mane, whereas female ones seem to have a ‘combed’ mane

Caption: Male and female Chimecho seemingly had different colour ‘tails’ in earlier versions of the game

And there are some more examples you can check out below:

Caption: Male Umbreon have longer ears than their female counterparts

They’re all rather interesting differences, and ones that are significantly more noticeable than those in the final games.

So why did they get cut?

Well, Dr Lava (of Lava Cut Content fame) gives one possible explanation for this. By having such different designs for each gender, Game Freak almost gave themselves twice as much work to do for future games, since every sprite and 3D model would need to be made twice to account for these differences. Add this to the extra work needed for adaptations like the anime, manga series and trading card game, and it’s likely that they realised it’d simply be too much work for too little gain.

In some sense, it may have been a good thing too. Game Freak are almost legendary for their questionable programming skills, with Pokemon Sun and Moon grinding to a screeching halt in double battles due to poorly optimised models and Sword and Shield cutting about half the National Pokdex for time related reasons. All these problems would likely have been magnified tenfold had they had to add extra unique models for each Pokemon gender too.

But let’s leave aside the implications and development effects for now. What about the most important question here? Namely, where did they come from, and how do we know they’re legitimate?

Well that’s the tricky part; no one really knows who the person that leaked these sprites was. They were posted on 4chan a few days ago, or at least on a website that someone on their /vp board linked to. This site contained exactly one page, and existed entirely to distribute these sprites.

What’s more, the site didn’t seemed to be owned by the leaker themselves. Nope, it was owned by a third party, who had apparently received the sprites through Tox a while ago.

So there’s a bit of uncertainty to be had there too. Why Tox instead of Signal or Telegram? And who at Game Freak or the Pokemon Company would both have access to this stuff and want to release it?

Still, like Dr Lava, we’re also in the camp that believes the sprites are genuine. Faking them would be an awful lot of work for very little gain, and there are no hallmarks of obvious fakery to be seen anywhere. Indeed, with the sprites matching the pre-release screenshots and datamines so well, and the complete lack of entirely unseen Pokemon or forms present here, the leak is about as far away from your standard ‘fan mockup’ format as you can get.

Hence we’re on team real here. It just seems like the evidence for them being so is much better than that against, especially given the lack of eye catching content that you’d tend to see in a hoax.

Still, what do you think? Do you find it interesting how different these Pokemon designs could have been? And would you have preferred to see this sort of gender differentiation become a more common trend in the series overall?