As you likely know, a whole bunch of Nintendo game prototypes and pieces of source code leaked a few weeks ago. This included prototypes for Yoshi’s Island and Super Mario Kart, code for Super Mario World and Super Mario All Stars and information about a cancelled Pokemon MMORPG among other things.

And in said code was evidence of various enemies, items and mechanics cut from said games. These ranged from normal enemies liked Kaboombas and Snifits planned for Super Mario World and Yoshi’s Island to entire playable characters like Luigi in Super Mario 64.

It was a fascinating look into Nintendo’s past, and one that made fans across the globe wonder how such elements could have played out in their respective games. Would Super Mario World’s wing powerup work like the Wing Cap? How would those Motos work in Super Mario 64, or those Rocky Wrenches work in Yoshi’s Isand?

Well as it turns out, we now have an answer to some of these very questions. Why? Because like with many other ideas cut from past Nintendo games, fans have been hard at work recreating elements from the leaks too. They’ve reprogrammed the cut enemies into the original games, added Luigi back into Super Mario 64 and made BS Zelda star Link among many other things.

So join us as we look at these fan projects, and see all the amazing characters and features the community have managed to salvage from these old games and prototypes!

Starting with Super Mario World, since that’s the game with the most ROM hacks and mods overall. There the community have already managed to recreate the Kaboomba and Mini Torpedo Ted enemies from the beta, as well as port most of its older graphics into the final game.

Some early forest graphics from the SMW beta, ported into the final game

There are also likely a few more such recreations being worked on right now, since the creator of a popular powerups patch has expressed interest in remaking the wing powerup for the game as well. So don’t be surprised if everything single element from the leak ends up in various ROM hacks before the year’s out.

Similarly, the Super Mario 64 community have also managed to recreate many of their beta elements too. For example, the Motos enemy has been added back into the game:

I've fully restored the code of an enemy in SM64 previously unknown, dubbed "Motos" from the game files. This information was recovered from the recent leak. Motos is reminiscent of King Bob-omb mixed with a bully. pic.twitter.com/ZWH4QfPruJ

And so has Luigi, with longtime ROM hacker and programming maestro Kaze Emanuar managing to get him working in a split screen co-op mode almost identical to the one Nintendo planned for the original game: 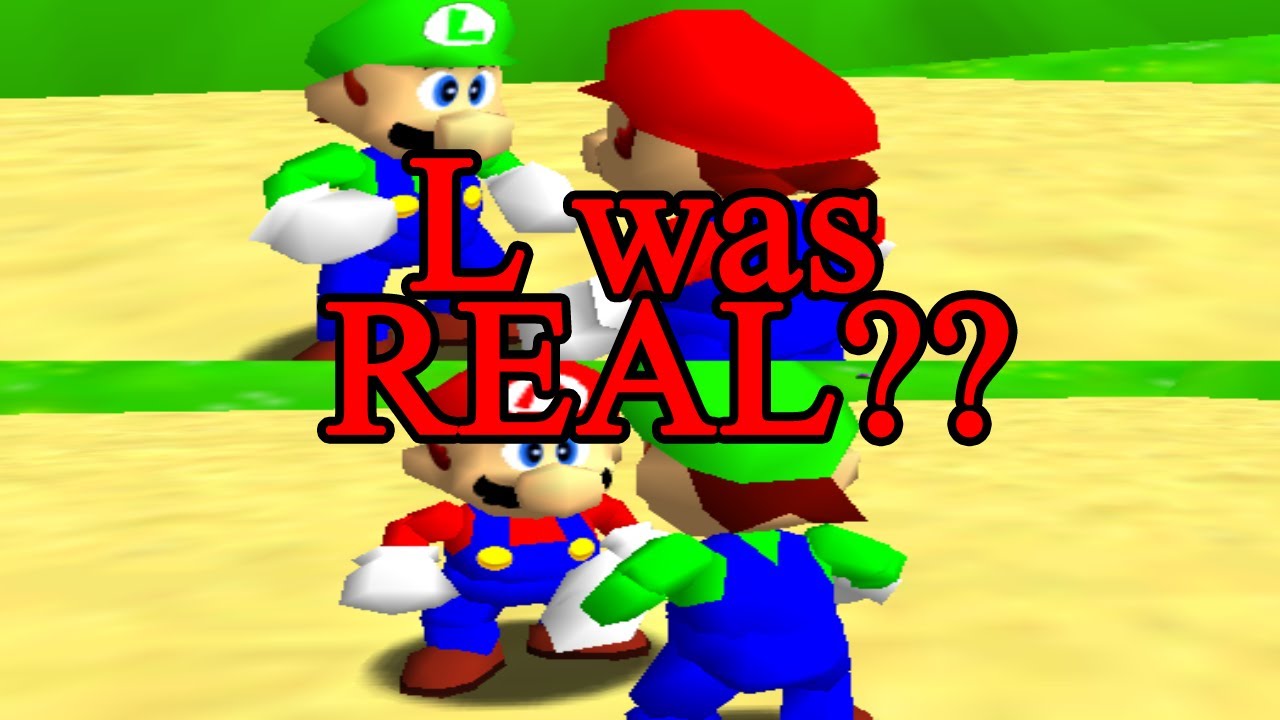 Interestingly, it also seems like Super Mario 64 has seen many of its early concepts remade in other games too, with the Motos enemy mentioned above having already been ported into Paper Mario: 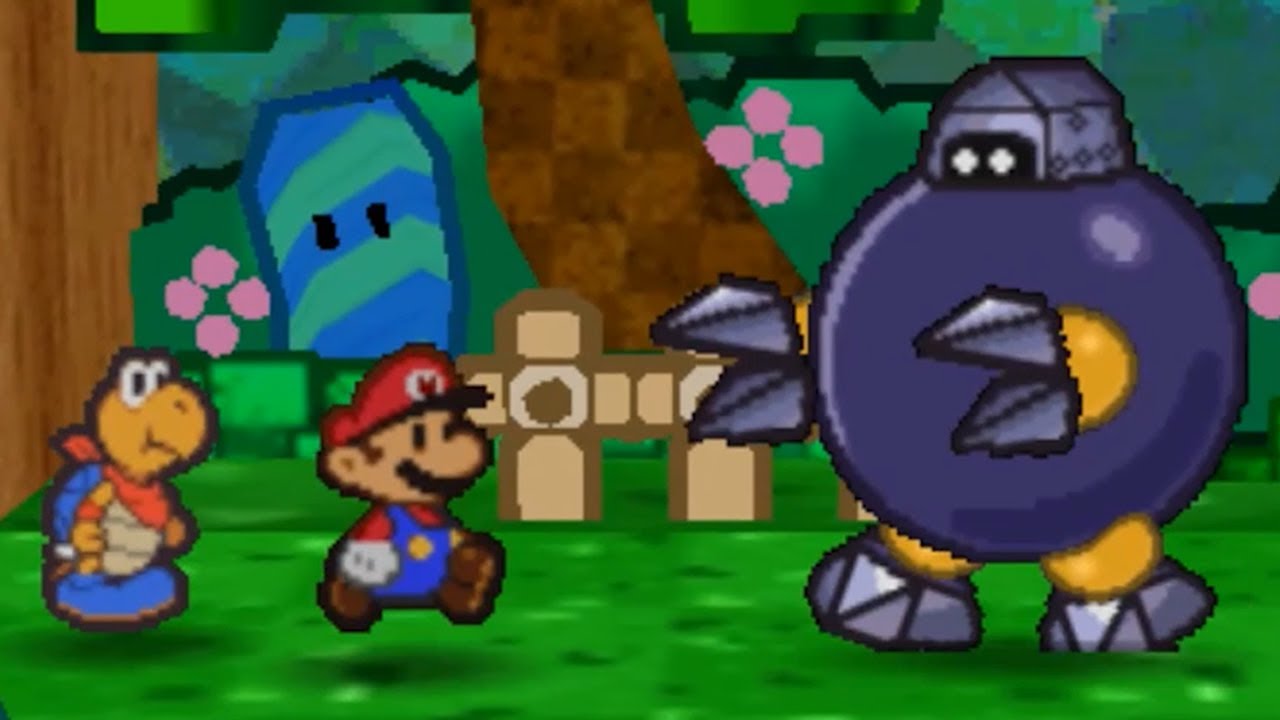 As well as it’s version of Luigi having been made playable in both Mario Kart Wii:

In addition to Mario Kart 8 Deluxe:

Of course, Super Mario 64 being what it is, there have also been fan projects dedicated to recreating pretty much everything and anything that may have ever been in the game at one point or another. The cut Blargg enemy got recreated years ago, someone on YouTube recreated the old pause menu, and an entire project exists whose sole purpose is to remake the SpaceWorld 1995 demo as a ROM hack of the final game:

So if any unused content gets found for this game in future, it’s a matter of when it’ll be remade for the final game, not if.

Another interesting bit of unused content found in the leak were graphics for Link in the Japan only Satallaview title ‘BS The Legend of Zelda’. Presumably, Nintendo’s original plans were to make these remakes as faithful to the originals as the Super Mario Bros 1 and 2 versions, with the replacement player characters being a late afterthought.

Still, you’re in luck if you want to play as Link. A ROM hacker by the name of Asaki has already gone and patched Link’s beta graphics back into the game, along with other changes to make it look/feel more like the NES title: 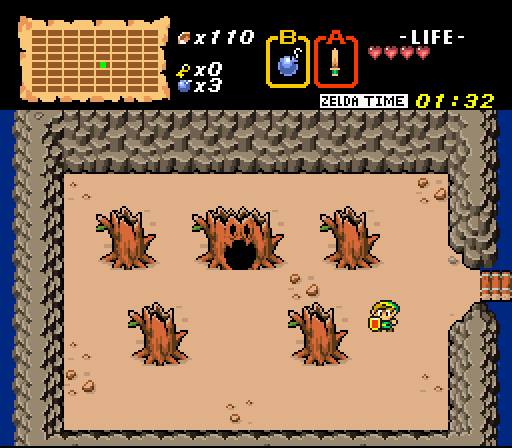 Link as the main character in BS Zelda, thanks to a new ROM hack

And hey, speaking of Zelda games…

The Legend of Zelda Majora’s Mask

The Nintendo 64 games have seen a bit of their unused content patched back in too. For example, here’s an earlier version of North Clock Town that’s been modded into Majora’s Mask, courtesy of ROM hacker Zel: 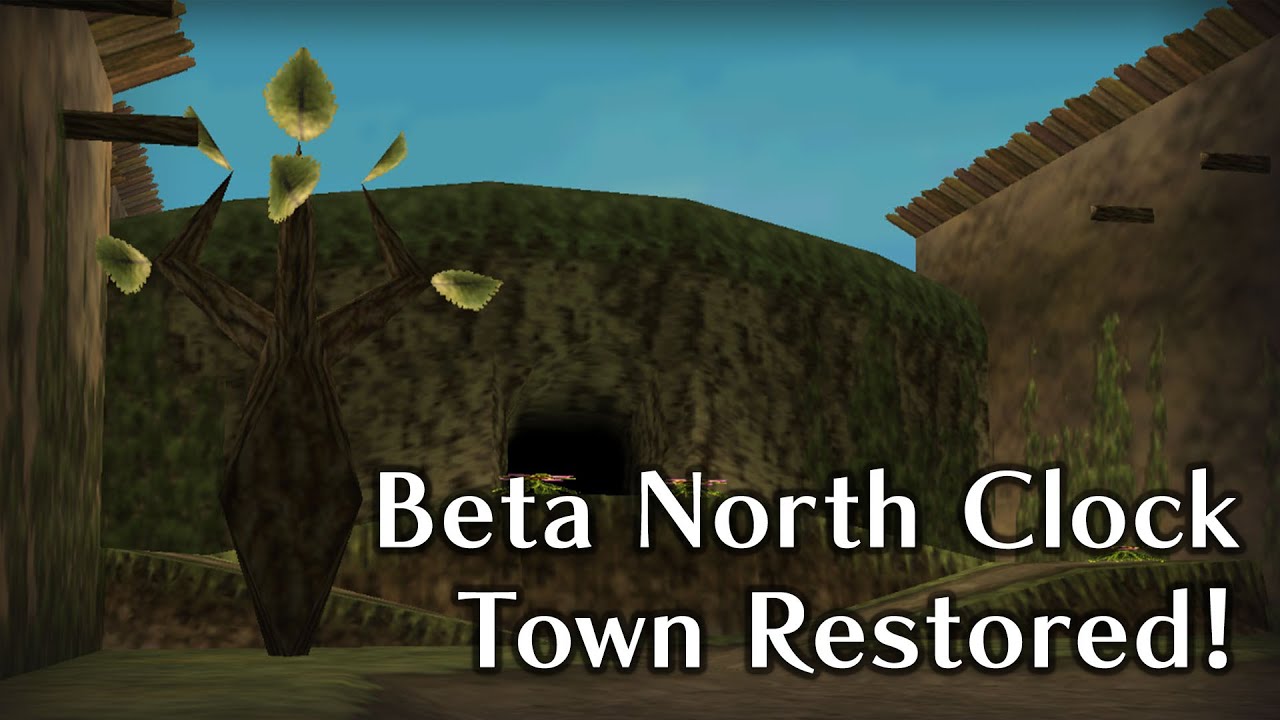 The Legend of Zelda Ocarina of Time

Whereas here’s an early version of Ganon’s Castle that’s been remade in the final version of Ocarina of Time: 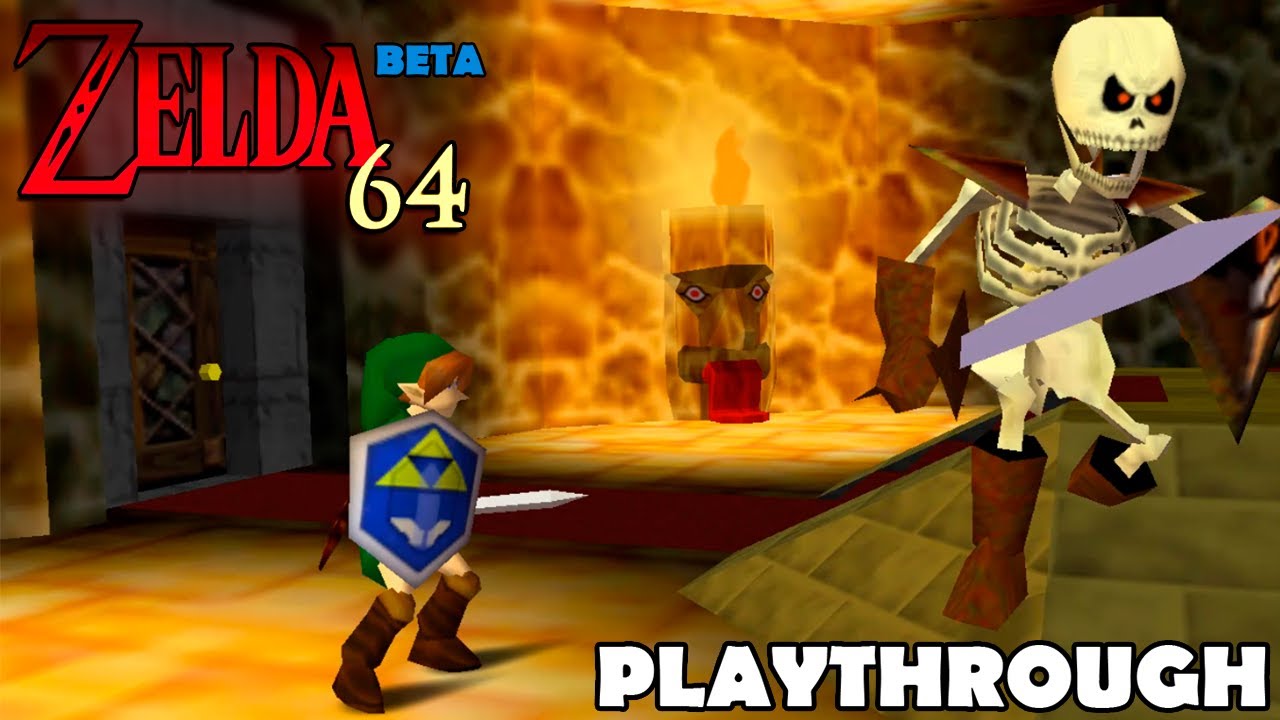 Hell, it’s even got enemies from the early trailers, like the scrapped Iron Knuckle/knight enemy from the very first demonstration!

Meanwhile in the Star Fox community, the fanbase is already putting those leaked voice clips to good use too. Like in this project, which restores the game’s audio to its original quality and puts it into the 3DS remake: 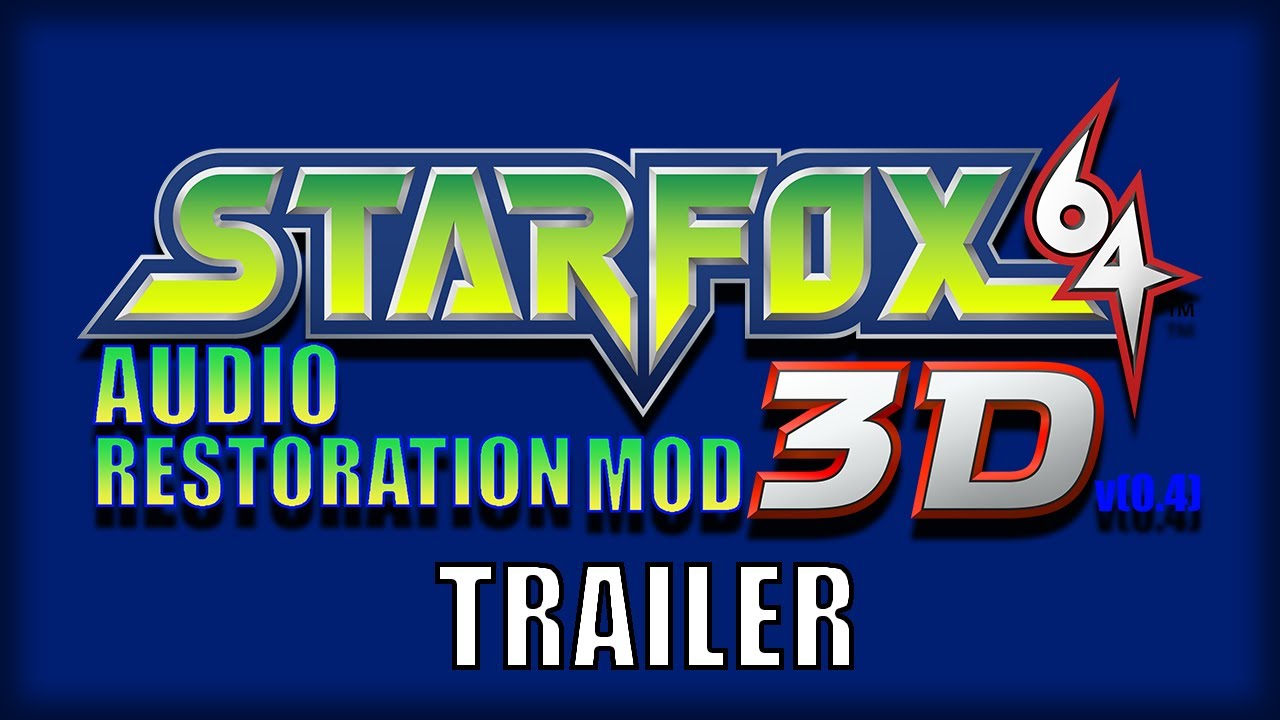 It’s certainly an interesting experience, even if your mileage may vary on whether the uncompressed clips add to the game or take away from it.

So yeah, those are all the recreated elements we’ve seen from the gigaleak. It’s all rather impressive how quickly they’ve been redone given when the leaks occurred.

Bet Nintendo wished they had these folks on their teams back in the 90s!

Still, what do you think of it all? Are you excited to see all these fan recreations of scrapped elements, levels and elements? What other things from the gigaleak would you like to see redone in the final game?

Tell us your thoughts on the matter in the comments below, Gaming Latest forums and on our new Discord server today!