Yesterday, information about Crash Bandicoot 4 leaked online. This info came from the Taiwanese video game rating board, and contained things like the box art for the PS4 and Xbox One version, a short description of the gameplay and details about the development company behind the project.

It was a pretty big reveal, and one we’re sure Activision and Toys for Bob aren’t certainly didn’t want online right now.

However, it seems their miserable luck with leaks hasn’t ended just yet. Why? Because as it turns out, a whole bunch of pictures from the game’s reveal trailer seemingly leaked online too, with tons of info about everything from the game’s intended release date to the various characters’ redesigns being spoiled in the process.

So as is typical for the site, we’re gonna look at it all, and give our thoughts on everything there is to know about the new title. Starting with the very first screen from the video: 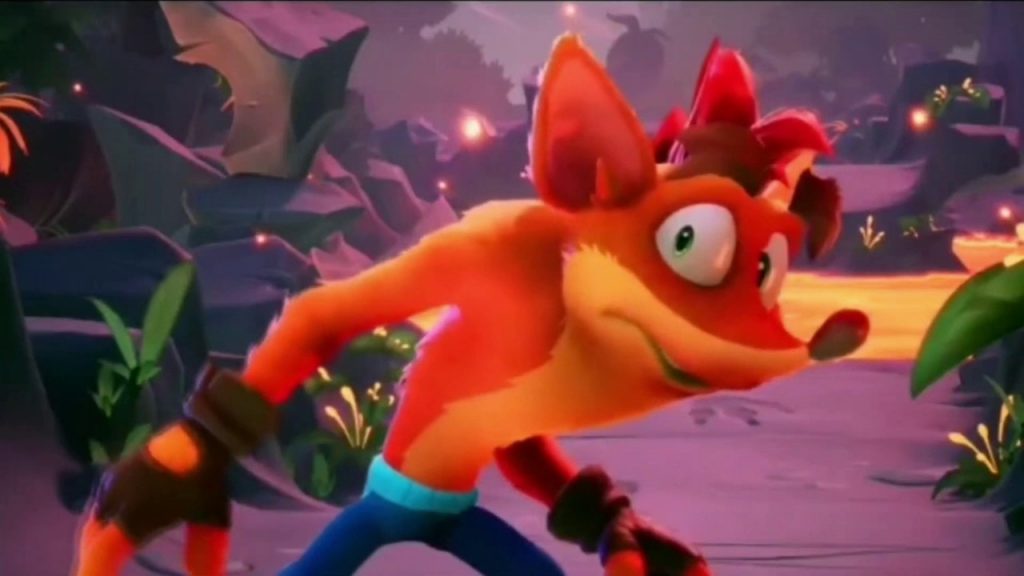 Which immediately shows off Crash’s redesign for this game.

Or at least, we call it a redesign anyway. To be perfectly honest, the only major differences are a simplified style to go with the game’s altered aesthetics and a new hairstyle for Crash himself.

It’s not our ideal art style for the game, but it looks fine regardless. 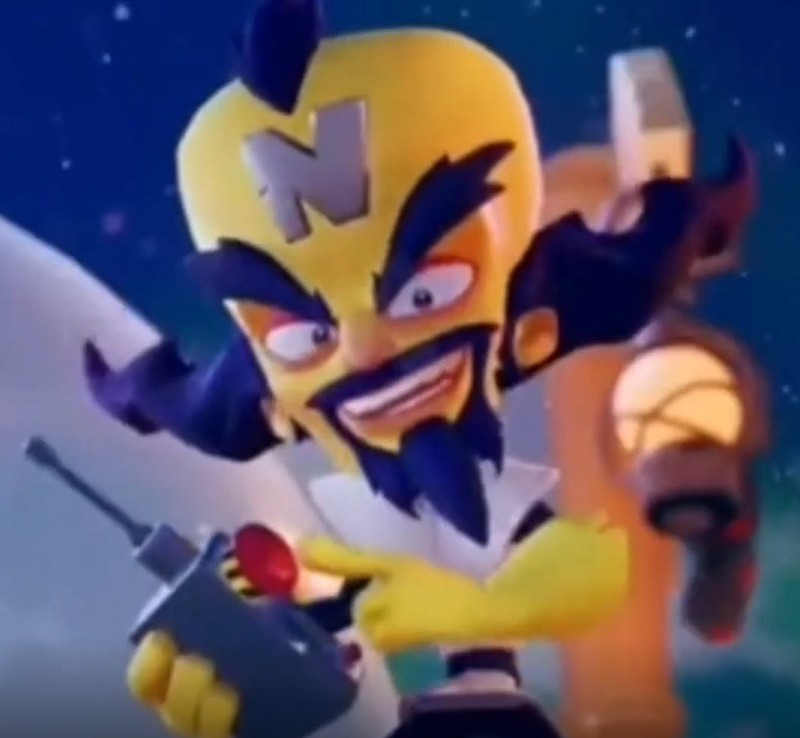 So onto a picture of Cortex then.

Who just looks profoundly off in this trailer. We’re not sure exactly why he does, but the new style just does not seem to work here, and it makes them a lot less menacing than he is in either the original games or the N Sane Trilogy too.

Still, at least it confirms his presence in game. As if you know, you didn’t expect the Crash Bandicoot series’ main antagonist to show up in a new entry like this. 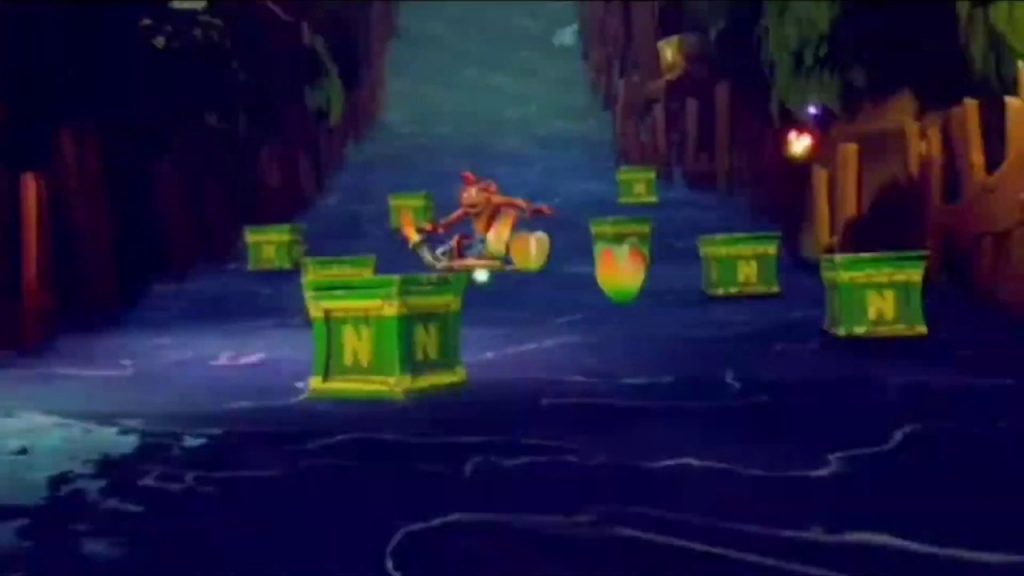 And that brings us to the first glimpse of the game’s actual gameplay.

Which for whatever reason, showcases Crash in one of the game’s inevitable vehicle stages rather than a traditional platforming level. This is always something we’re a bit tepid about in 3D platformers like this, but given the original game’s versions controlled well enough in the past, we’ll give Toys for Bob the benefit of the doubt here. 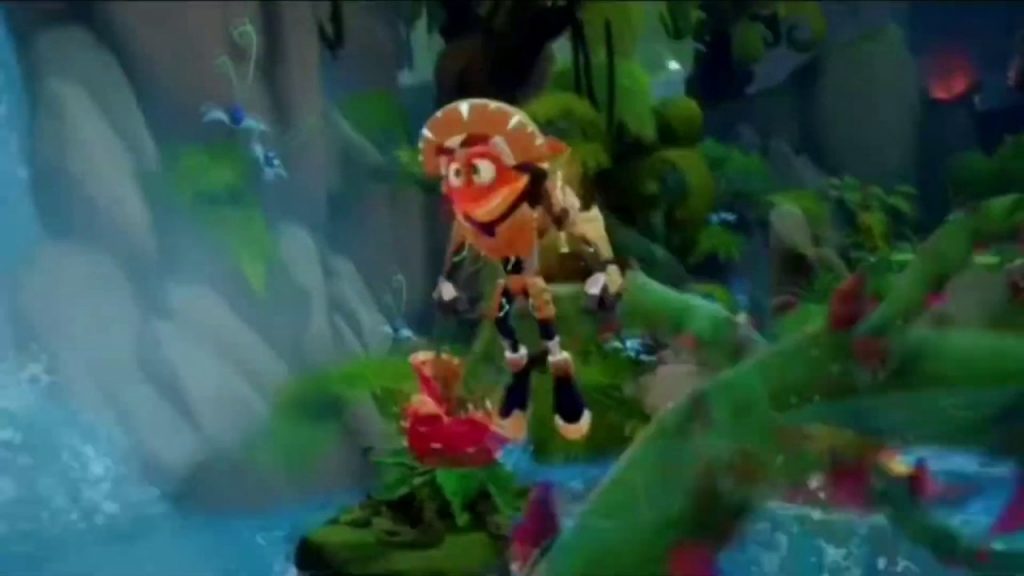 We then see Crash flying through the air in a jungle next area, complete with an Venus Fly Trap snapping at his heels.

This again looks like it could be a vehicle section of some sort, given Crash’s unusual choice of clothing and the way he’s hovering up like he’s using a jetpack. Presumably this would be a different level type to the sled like one shown above?

Eh, who knows. Hell, it could even be a non vehicle level for all we know, since the style of the level Crash is in looks awfully close to the jungle levels we’ll see later in the trailer. 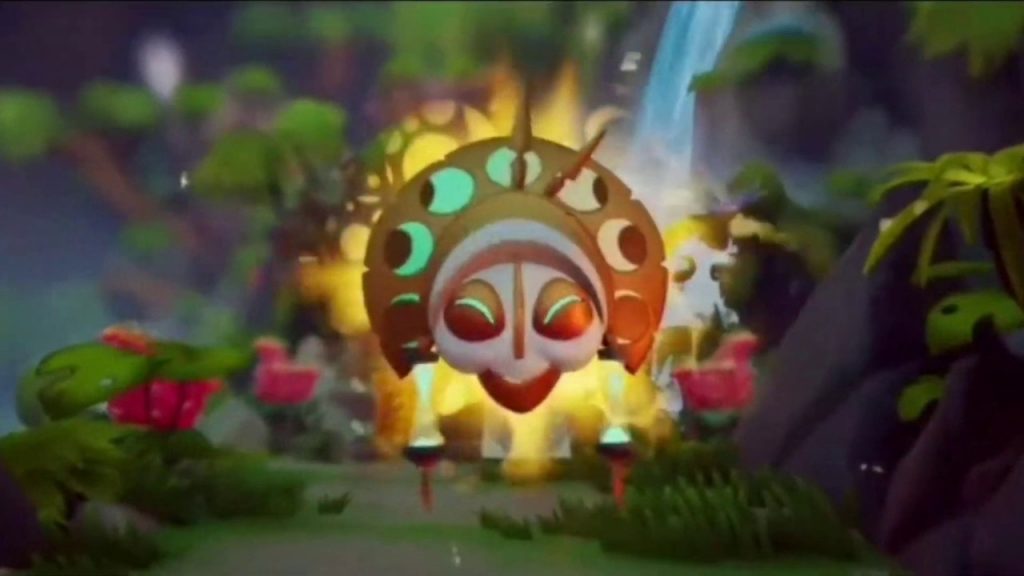 Regardless, it likely involves the mask shown above. This mask is a completely new character in the Crash Bandicoot series, and is also the focus of that mysterious puzzle various ‘influencers’ and ‘news outlets’ were sent earlier this week:

We’re gonna assume this is that ‘Lani-Loli’ character the game’s description talks about, and her powers explain some of the mechanics shown in the rest of the pics here. 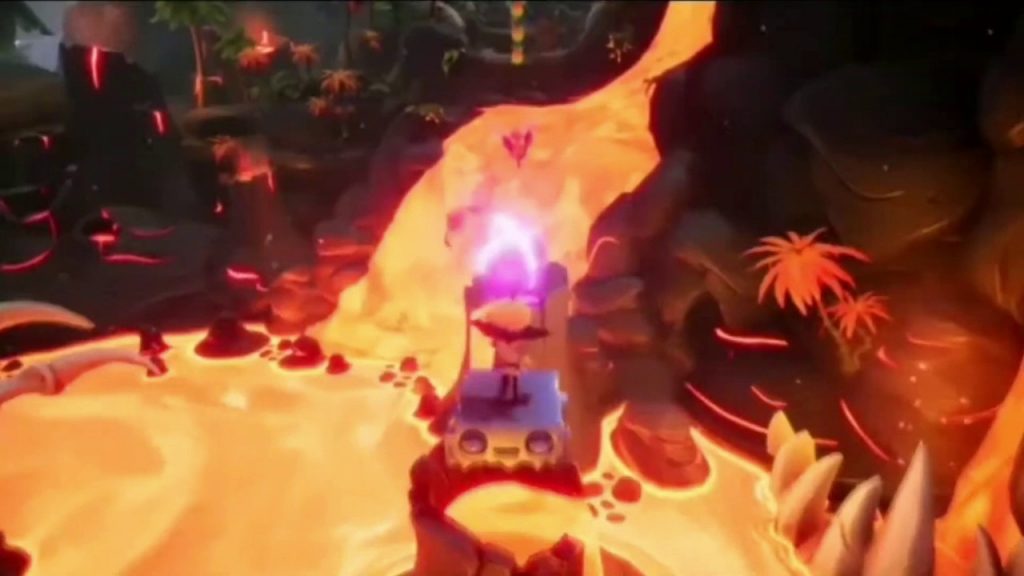 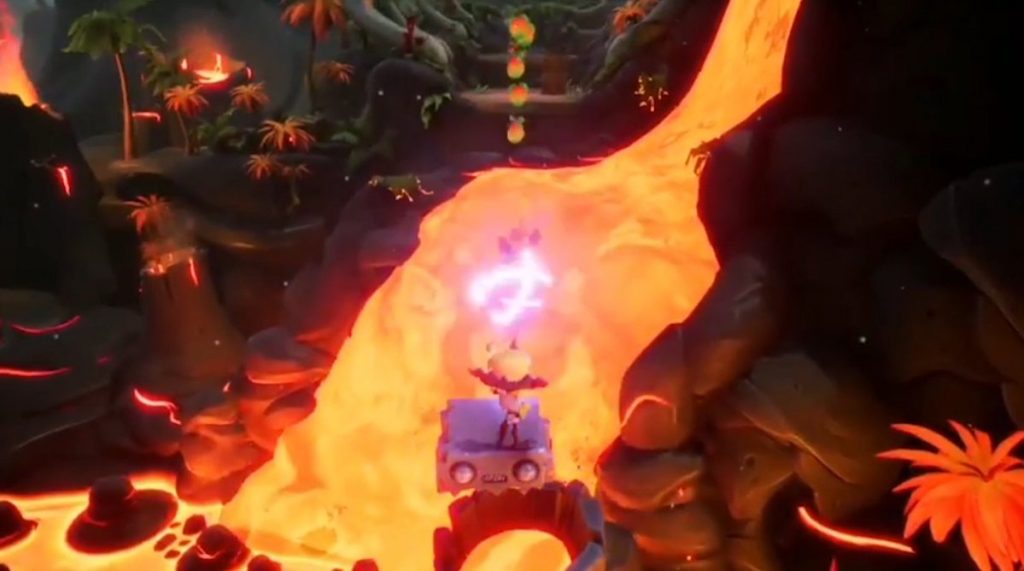 Either way, we then see a new type of level. This one has a lava theme, and seemingly involves a volcanic eruption in a lush jungle.

No, that’s how Dr Neo Cortex is shown here as well. Or more precisely, how he’s shown facing away from the camera.

This setup is very much one you’d expect from a playable character rather than a boss. And it makes us wonder…

Could Cortex again be a playable character in this game? Or perhaps even, not the main antagonist after all?

It certainly seems like it could be possible. He seems to be moving around on a platform controlled by that remote control we saw him holding earlier, and making his way through the jungle area in the process.

Add this to the Wumpa Fruits in the distance of a second screenshot for the area seen later in the video, and we believe it’s definitely possible that Cortex is either on our site, or has a side story of his own in this new installment. 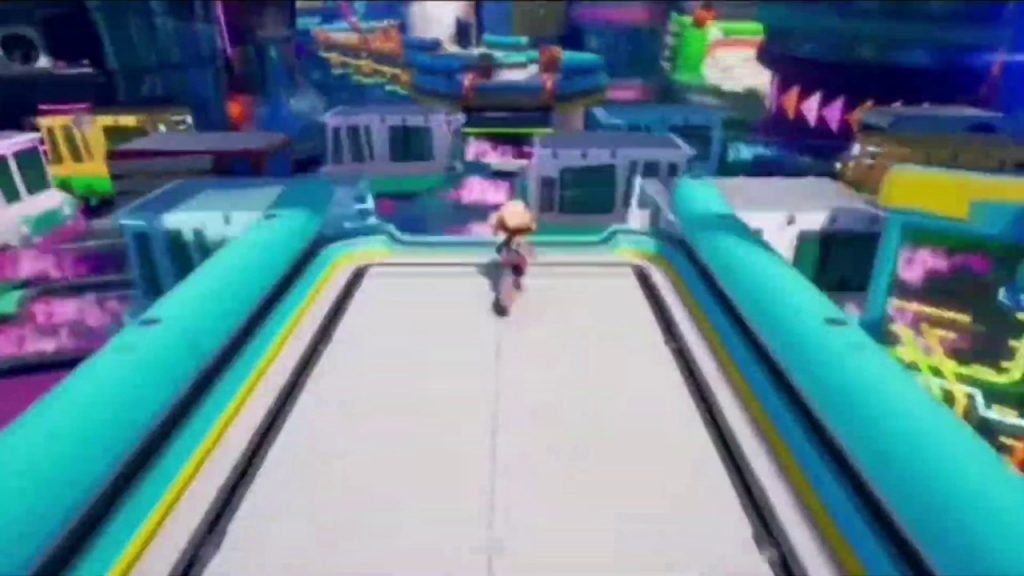 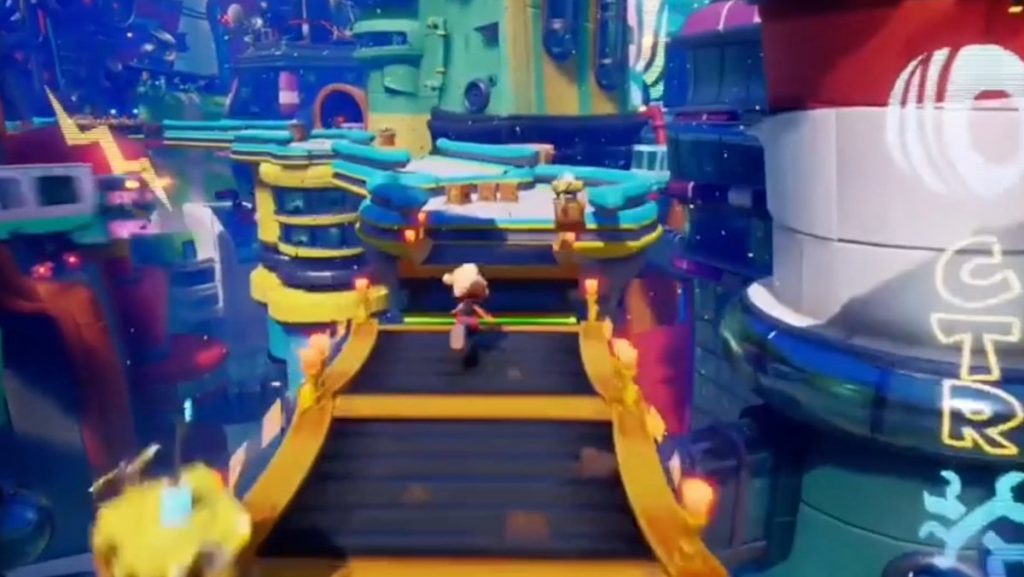 And that brings us to our next two screenshots, which also seem to show another playable character. This time, Crash’s sister Coco seems to be the main character, and she’s exploring a city like area with a somewhat muted yet futuristic vibe to it.

This makes us wonder how this game’s going to be split up here. Are we going to be able to choose who to play as in every level? Or will we switch between them depending on the level?

Honestly, it’s hard to say. On the one hand, the former setup matches the N Sane Trilogy, plus the later games with multiple playable characters. So it’d seem weird if Coco went from being playable in every level to playable in only a couple of them again, ala Crash Bandicoot 3.

At the same time though, the way the screenshots with Cortex are setup implies he might only be playable in certain areas, assuming he is at all.

Hence the conundrum. Ah well, guess the actual reveal might give us a bit more info about that one? 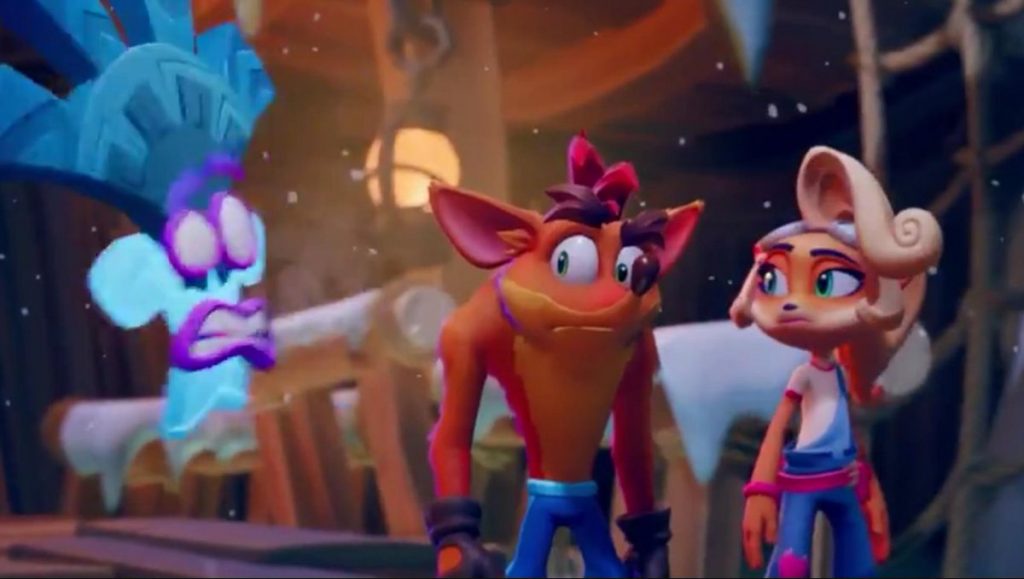 We then see Crash and Coco alongside other another new mask. Based on its appearance, we’re going to assume its another one of those ‘Quantum Masks’ the Taiwanese rating board’s site mentioned in its description for the game.

Next up are a few pictures showing standard levels in the game: 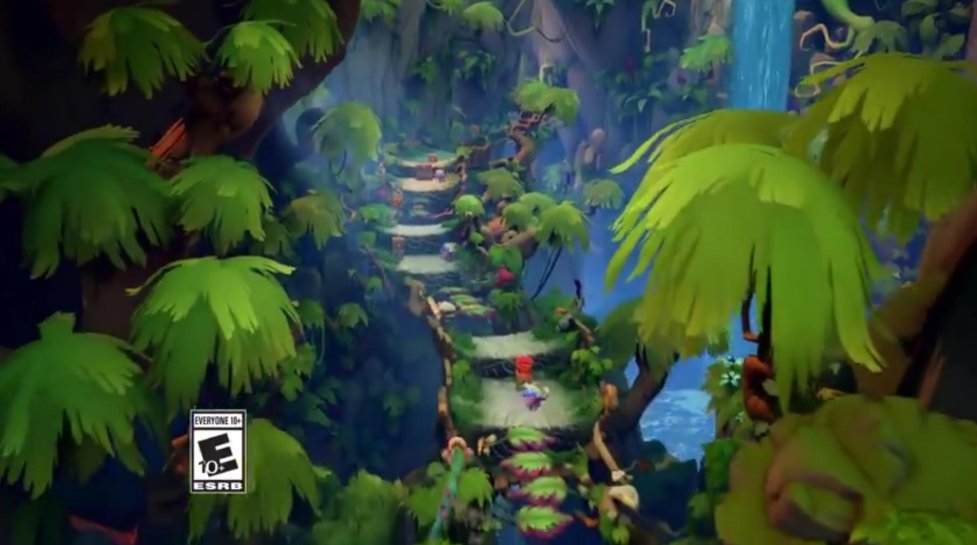 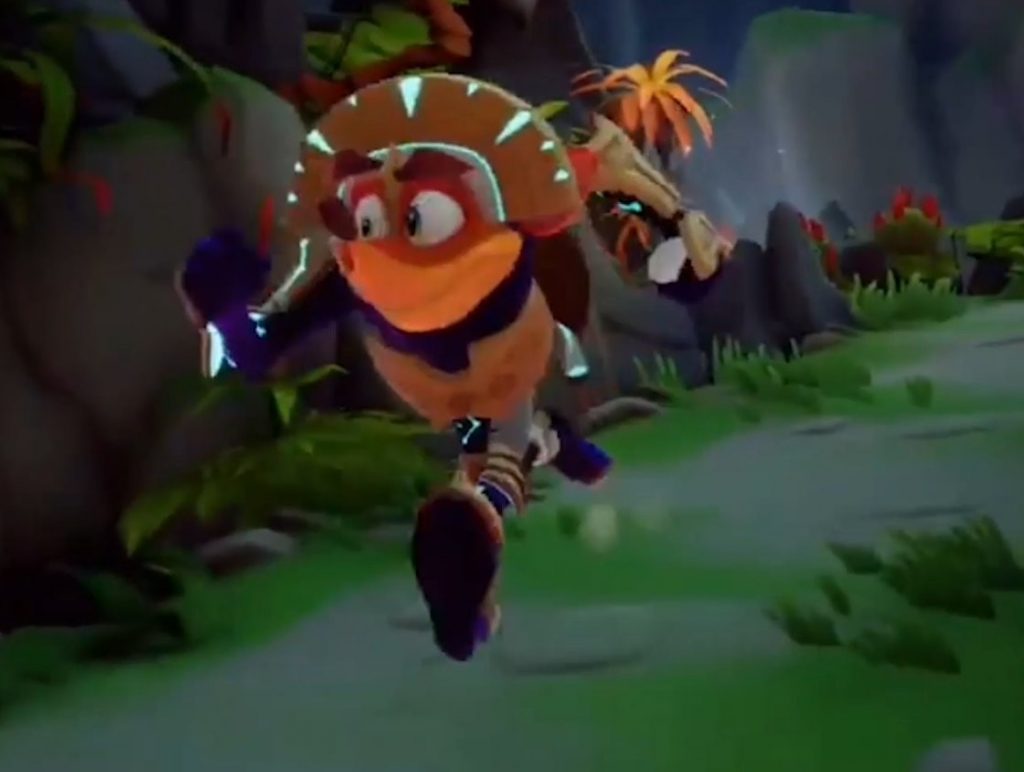 With the first showing a picture of a decently sized jungle level in the style of the original game’s versions. It’s hard to see given how compressed the images are, but it definitely seems like the levels could be beautiful to look at in HD nonetheless.

Then we get one with Crash wearing said mask. Given the similarities to the ‘jetpack’ picture seen above, we’re going to assume him wearing the Quantum Masks like this is a major part of the gameplay in Crash Bandicoot 4, and that their abilities let him do things like fly through the air, surf, etc. 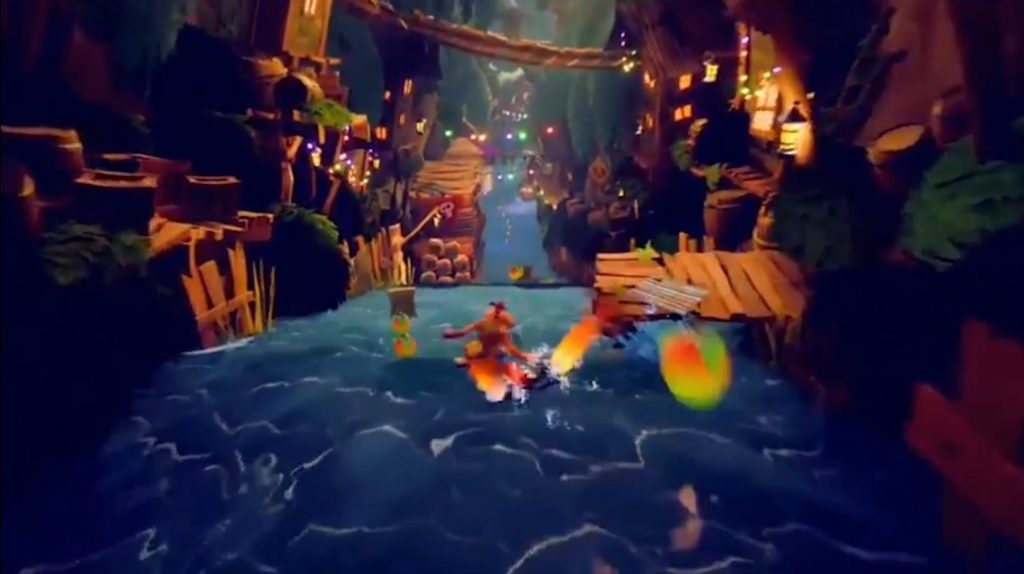 And the next picture just expands on that surfing related comment. This one shows Crash surfing through a jungle village like area on a surfboard, in what is presumably another one of those vehicle style levels the series seems all too fond of. 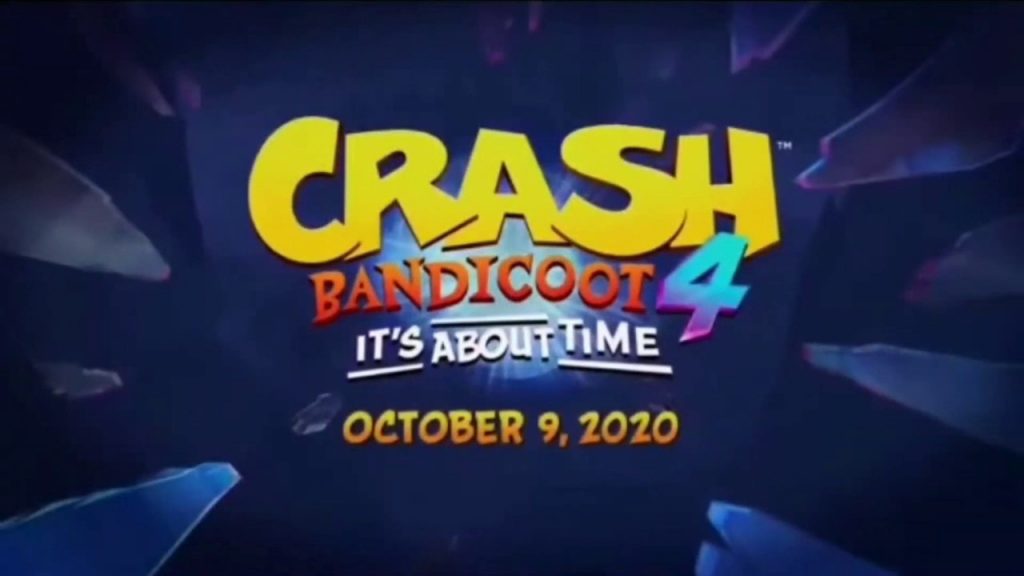 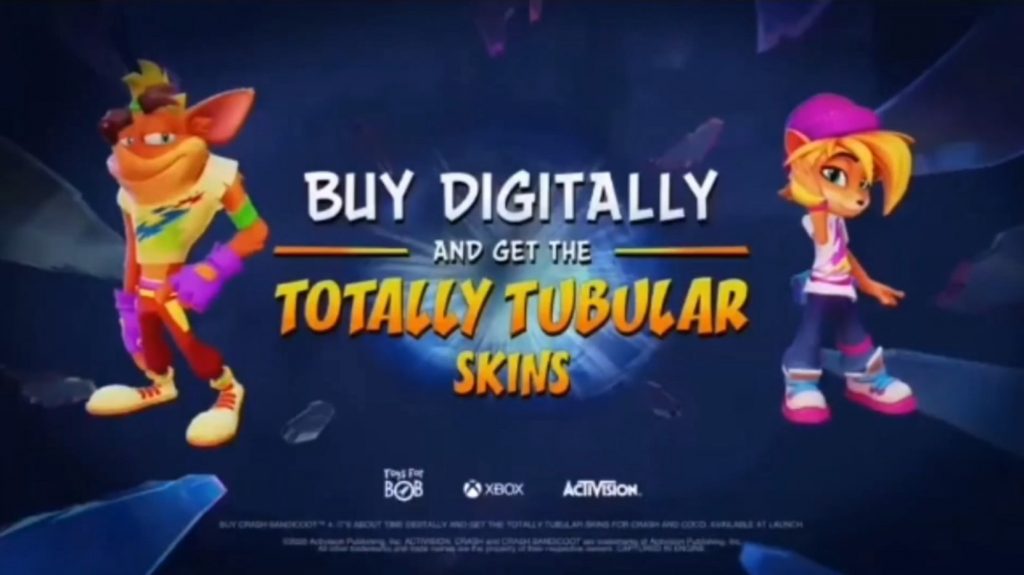 Finally, we get the end screens, showing an October release date for the game and some pre-order DLC costumes.

These are interesting reveals for a variety of reasons. Firstly, if the date here is indeed a release date, it’s really damn soon for a game we’ve seen so little of like this.

Seriously. The game’s not even been announced yet, and we’re already coming up to the end of June as it is. To see a game with this much hype behind it get announced just four months in advance sounds utterly insane.

But hey, guess it’s not that new of a thing. After all, Nintendo have been doing this ‘announce a game only a few months before it comes out’ spiel too, with Paper Mario: The Origami King getting announced just two or three months before its own release date.

So perhaps it’s a trend now. Perhaps companies have finally realised that people don’t want to wait years between a game’s announcement and its release date, and feel the wait should be cut down a bit instead. Or perhaps they realise there’s less chance a game will get leaked this way.

It’s a logical decision any way you look at it.

Finally, we have the pre-order costumes. These are another interesting inclusion, but not for the reasons you might expect.

Since their presence basically confirms that the game’s getting DLC in the foreseeable future. Think about it. Would you really have a whole costume system set up, just to reward a few early backers?

No of course not. You’d want to make use of it somehow as well. Especially if you’re a company that’s as money hungry as Activision is.

So it seems pretty likely that this is going to be the tip of the DLC iceberg, and that various extra costumes, areas and maybe even characters will be sold separately at some point in the future.

Still, that’s everything from the trailer, and everything we now seemingly know about the new Crash Bandicoot game.

So what do you think of it? Are you excited to see Crash Bandicoot 4: It’s About Time get revealed next week? What kind of features do you hope it has anyway?