In under a month, Mario & Luigi Superstar Saga + Bowser’s Minions will be released for the Nintendo 3DS. A remake of the original Superstar Saga on GBA, it promises to update the title for an all new generation, with improved graphics, music and gameplay elements to make it feel just as modern as its contemporaries.

But while the aesthetic changes are the most notable, it seems they’re not the only interesting ones. Nope, quite a few characters and mechanics have been switched or changed in the title too, ranging from the minor to the incredibly important.

So, let’s look at them, shall we? Let’s look at ten of the most interesting changes coming to Mario & Luigi Superstar Saga + Bowser’s Minions…

10. Mechawfuls are now involved in the storyline!

Starting with an interesting addition to the storyline. Namely, the Mechawful enemies from Mario & Luigi Bowser’s Inside Story.

These robot foes are now shown destroying Beanbean Castle Town when you first arrive, with a greater role being given to them in the Minion Quest mode too. 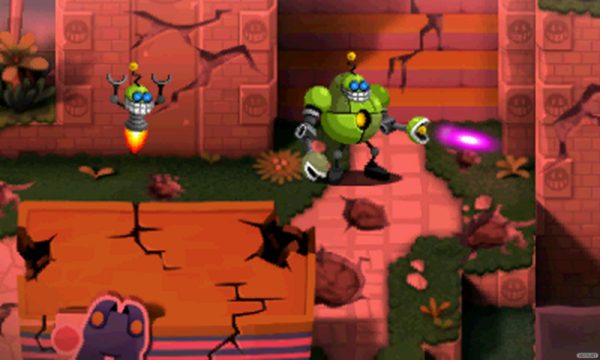 That’s interesting. Why? Well in the original Superstar Saga, Fawful wasn’t quite as much of an independent villain as he was in the later games. So, to see these guys appear now hints that his megalomania was present all along, and that he may not have been entirely loyal to Cackletta at all.

It’s an interesting change with quite a few implications for the series in general.

9. Along with Bowser Jr

Which is also the case with another early appearance from a later game foe. Yep, Bowser Jr makes an appearance in this game too.

We know this because he’s clearly shown in this piece of artwork for the Minion’s Quest mode included in the remake:

So, what’s his role?

Well, it’s hard to tell really. Based on the fact he’s only shown in Minion’s Quest, it’s likely he’s not making an appearance in the main mode.

But why would Bowser’s army fight his own son? Hmm, the plot thickens. Perhaps Fawful or Cackletta mind controlled them/ordered them around like the Koopalings in the main adventure?
We’ll have to wait and see!

8. The posters in the Yoshi Theatre get an overhaul

We won’t have to wait to find out about this change though! Because unfortunately for Wario and Starfy fans, the posters in the Yoshi Theatre got a major overhaul.

Yep, gone are the old ones, with cameos based on other Nintendo franchises. In their place are posters advertising films based on the other Mario & Luigi titles. Like one with the Shroobs, one with Prince Dreambert and one with the Brocks from Bowser’s Inside Story. 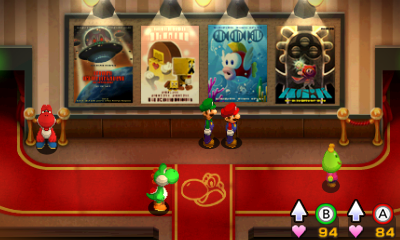 It’s an interesting change, and the new posters do look nice. However, it’s also a bit disappointing given the prominence of these cameos, or how they were the one-real Wario reference seen in a major Mario game in the last decade or so.

6. As does Blink’s design in his mini game

It’s character ones too. Because for whatever reason, Blink now looks nothing like Donkey Kong. Instead, he looks like a generic skeleton pirate: 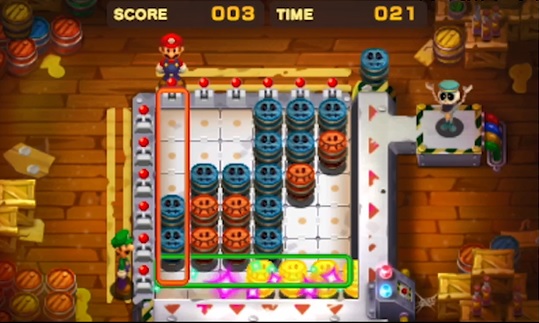 And that’s disappointing if you ask me. There’s no real reason AlphaDream changed this, so it’s just taking away some of the character variety for the sake of it.

But this isn’t the last ‘interesting’ character design difference here. Oh no, another familiar face has been changed too…

With Little Fungitown’s resident psychiatrist Psycho Kamek being replaced with Dr Toadley from Bowser’s Inside Story.

No, I’m not making this up. They switched out a character from Superstar Saga with a completely unrelated one from Bowser’s Inside Story:

That’s odd for a remake. But still, at least it’s a positive change. Psycho Kamek was a rather dull character in his only appearance, whereas Dr Toadley actually had a personality and unique way of speaking in his.

So, to see a one off replaced by a more interesting character isn’t a bad thing here. Just a completely unexpected change for a remake.

4. While saving doesn’t need save blocks any more

Which is also the case for the next change on the list. Basically, you don’t need save blocks to save in this game at all now.

Instead, you’ve got a handy option right there in the menu.

But hang on, you may ask. Aren’t there save blocks shown in the trailers?

However, you don’t need to use said save blocks any more. Like in Dream Team, they exist purely to show you where you should be saving, not as a way to limit the same.

They can also obviously be used in a challenge playthrough too, if you’re the kind of person who wants to experience the game with exactly the same limitations as the original.

So really, it’s the best of both worlds, and a marked improvement over the limitations found in the original GBA title.

3. Mario and Luigi cannot switch positions on the overworld

Unfortunately, the same can’t be said about the next one. Because the mechanics for switching the Mario bros around have been completely removed in Mario & Luigi Superstar Saga + Bowser’s Minions.

In simple terms, you can’t switch their positions any more. Mario almost always stays in front, whereas Luigi almost always stays at the back.
This means you’re not going to be able to run around with Luigi in the lead for the whole game, nor switch the bros to access different abilities on the overworld.

Instead, they automatically get switched when necessary (like when you do the high jump move), and switch back immediately afterwards. It’s an understandable change (especially as far as simplifying the mechanics goes), but it takes some of the appeal out of the original game none the less.

2. E Gadd’s theme gets an overhaul

Cause in this version of the game, Professor E Gadd’s theme has gotten a complete overhaul. Have a listen:

It’s an interesting change, but I’m not sure how well it works out. Why?

Well, think of it like this. The original E Gadd song really fit the scene it was placed in. After all, you’re in a coffee shop. A nice, relaxed place where calm music would fit really well.

So, E Gadd getting an ‘elevator music’ version of the Luigi’s Mansion theme was very fitting. It worked well with the comedic setup of his scenes in the game.

The new one doesn’t. It’s a good song, and it sounded amazing in Luigi’s Mansion Dark Moon.

But it was played in E Gadd’s Bunker, a completely different type of setting with different music requirements. This wasn’t E Gadd relaxing, this was E Gadd holed up under siege. The song fit the feeling of him and Luigi being surrounded by ghosts turned homicidal by the Dark Moon shattering.

A coffee shop just doesn’t seem like the right place for it to play. It’s like playing Stop the Knightmare in a business meeting: 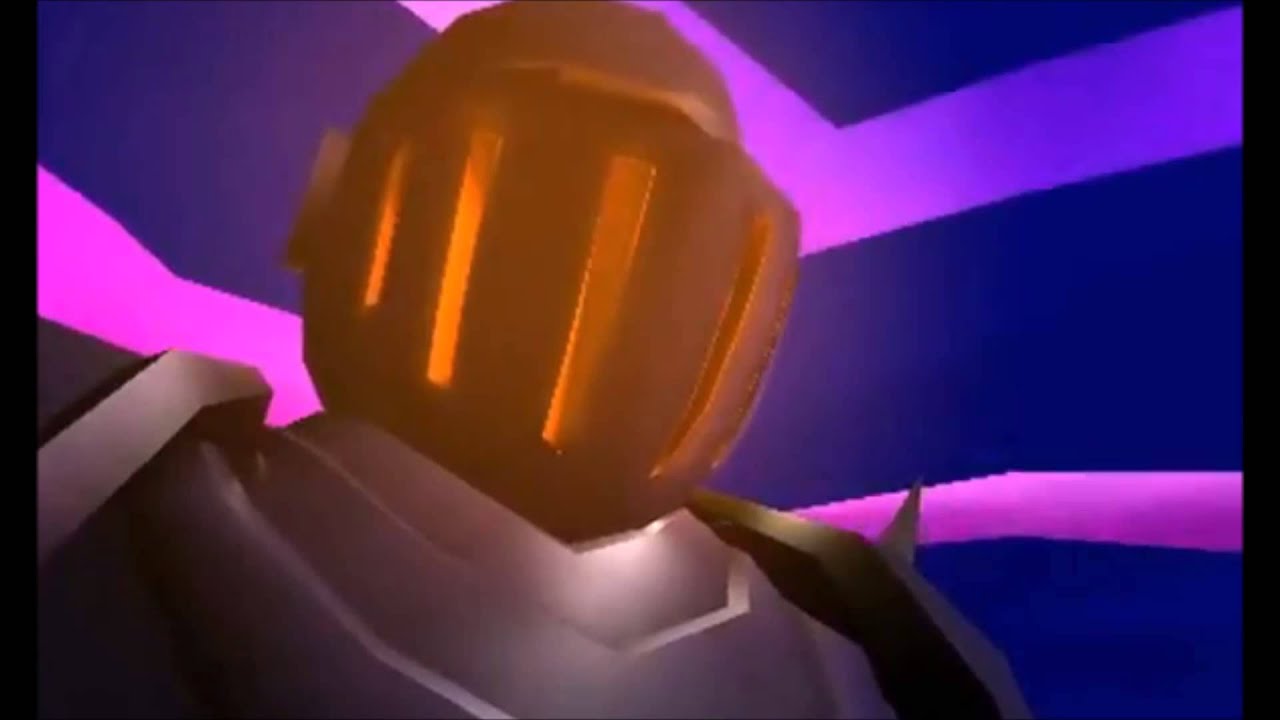 Still, music is subjective and the song is a fantastic one none the less. Perhaps you’ll find it much better than original, or perhaps you won’t.

Either way, it’s a major change.

1. Geno is nowhere to be seen

Does Geno from Super Mario RPG reappear in the Little Fungitown arcade?

Unfortunately, AlphaDream didn’t get the rights to the character from Square again, so he’s been completely cut out from the game. Here’s a tweet comparing the two versions to show you the difference:

It’s entirely expected given the status of Geno in general, but it’s disappointing none the less.

And so that concludes our list. There are obviously many more changes than this (as GameXplain shows in their video and Mario Wiki lists in their article), but those were some of the more interesting ones we found so far.

With new characters, design changes and gameplay mechanic additions alike, it seems this is going to be one hell of a remake!

But what do you think about it all? Are you happy with the changes AlphaDream made to the game?

Or do you feel they’ve taken something away from the whole experience?

Post your thoughts on this (and more) in the comments below or on our Discord server today!