Wave 3 of the Mario Kart 8 Deluxe DLC is Now Here!

Wave 3 of the Mario Kart 8 Deluxe DLC is Now Here!

Well folks, it’s finally happened! The third wave of DLC for the Mario Kart 8 Deluxe DLC Booster Course Pass has now been released today, and players have another 8 awesome tracks to race on as a result. It’s great news for pros and newbies alike too, since the tracks added in this pack are some of the best in the entire series, with the likes of Maple Treeway and 3DS Rainbow Road being classics in both their original form and here. 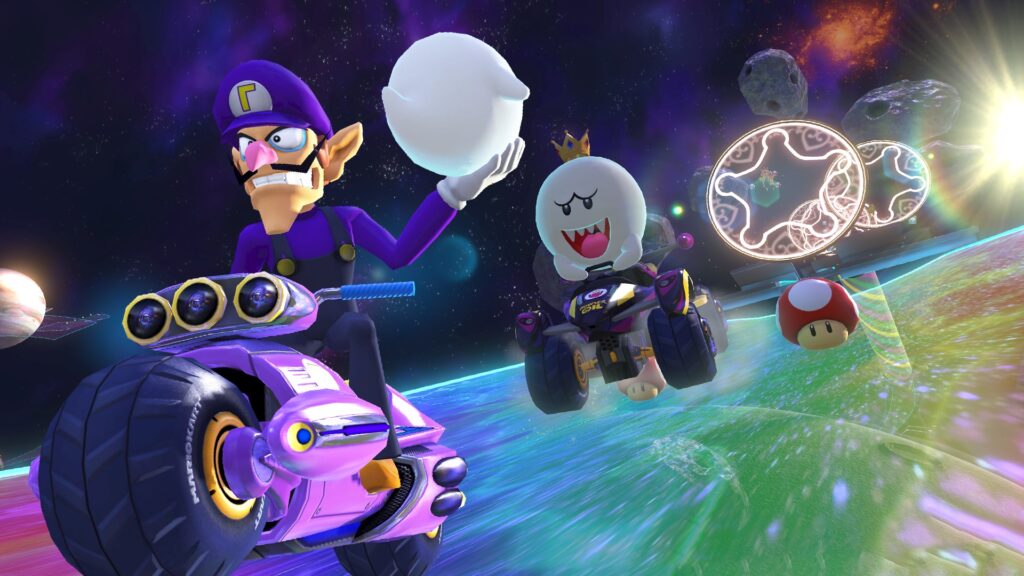 Yet despite the awesomeness the new tracks bring, the accompanying update also includes two other neat changes to the game as well. Two changes that many players will likely be very happy to see implemented.

First, there’s now an item selection option for vs races and tournaments! Yep, you can now enable and disable individual items in this game, just like you could in the Super Smash Bros series. Don’t like coins? Turn them off! Hate Blue Shells? Now you can go without them.

Hell, you could even go further still given the Crazy Eight item is affected here. So if you disable everything but it and stars…

Well, it turns out the game just gives you 8 stars whenever you pick it up instead. It’s pretty awesome, and lets you set up some amazing fun rooms online.

And the neat changes don’t end there. Nope, now the way Lightning works has been improved too.

Namely, it doesn’t stop you gliding now. So if you’re worried about being target shocked in Mushroom Gorge, fear not my fellow karting fans! Now you’ll just shrink down and lose your item, not instantly plummet into the abyss:

So yeah, definitely check it out Mario Kart fans! The DLC and update are available right now, and add a ton of awesome new content and features to the game!