Was Bowser Originally Going To Be Playable in New Super Mario Bros?

Was Bowser Originally Going To Be Playable in New Super Mario Bros?

As more dedicated Nintendo fans may know, the original New Super Mario Bros changed a lot during development. Indeed, not only did it originally support co-op multiplayer with Luigi as a second character (something that would eventually materialise in the sequels), but it also was originally going to have all kinds of intriguing enemies and locales too, including prehistoric and factory worlds, and enemies like Spindrifts from Super Mario 64.

Yet did you know it could have been even crazier? That New Super Mario Bros 1 could have actually flipped the traditional Mario formula on its head altogether?

Yep, as Nintendo World Report points out (and Supper Mario Broth highlights), Bowser was originally going to be playable in the game too! Seriously, read the quote for yourself:

Of course, Bowser isn’t without a new trick or two, as the clip shows him running through a level Mario-style and even jumping on top of the flag pole at the end. Rest assured, we’ll be watching this one very closely.

And that’s extremely weird to think about. After all, Bowser being a playable protagonist is usually something reserved for the RPGs and other spinoffs, not the main series Mario platformers. So to hear that there was once footage of him running and jumping through levels and hitting the flagpole at the end is incredible, and makes us think that Nintendo may have wanted to go the Super Paper Mario route with its in-house games too. 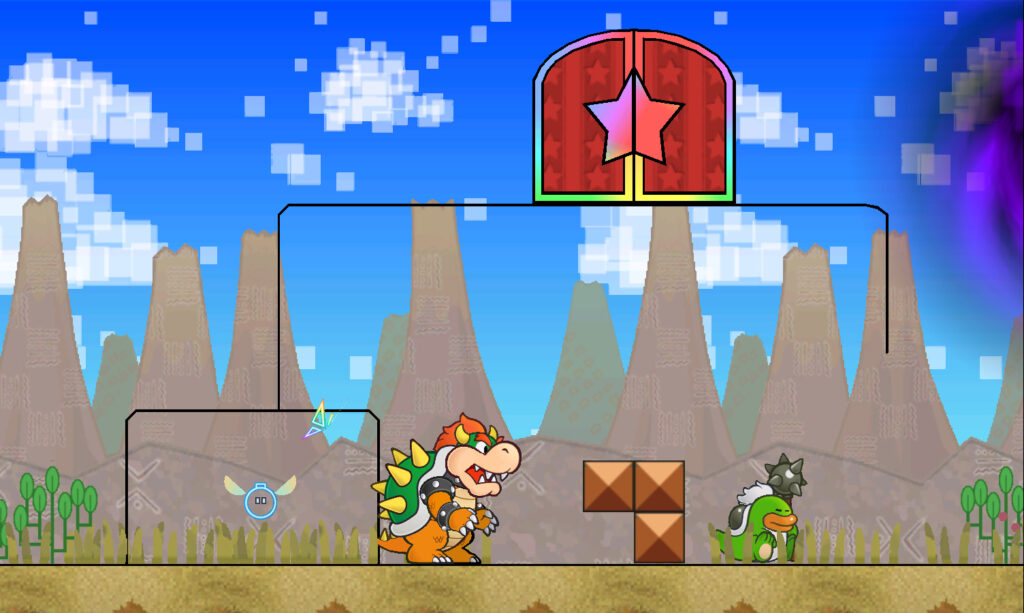 Hell, perhaps it could have even inspired that game, given New Super Mario Bros came first!

Regardless, there are a few things worth noting here nonetheless.

First, we don’t actually know what role Bowser could have played in this version of the game. Indeed, while the description mentions him running and jumping through levels, it doesn’t necessarily say it happened alongside Mario or Luigi going through said levels, or even that Bowser explored the same areas at all.

So it’s possible that it was either an intermission system like in Paper Mario the Thousand Year Door, a second quest type setup where you’d play through Bowser’s side of the story after beating the game, or a multiplayer vs mode like Mario & Luigi here. 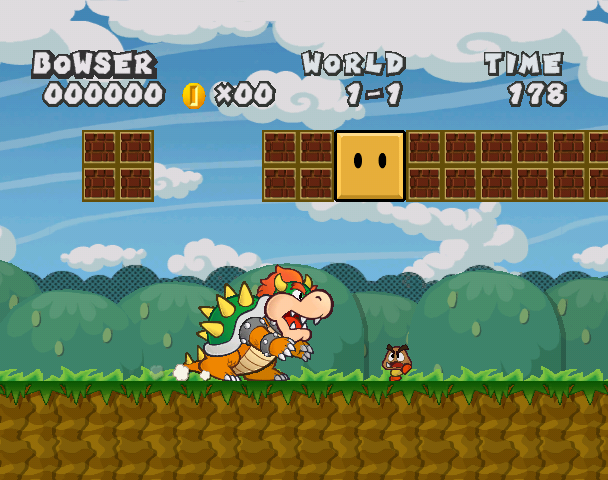 Were Bowser intermissions going to be a thing in New Super Mario Bros?

Hence while playable Bowser would always be an interesting idea, it’s a bit early to say it would have actually changed how the game worked overall, or that this was proof that NSMB would have an entirely different story where Bowser wasn’t the main antagonist.

Secondly, there’s also no proof of this anywhere online. It’s included in the Nintendo World Report article, and it’s covered by Supper Mario Broth, and that’s it. Hence until we get another gigaleak and see New Super Mario Bros DS beta content flood the internet, all we can really do is speculate on how it would have played out, or whether NWR was even saying the truth at all.

Still, it’s an interesting idea nonetheless, and one which would definitely have sent the New Super Mario Bros series in a different direction had Nintendo gone ahead with it.

So what do you think? Are you disappointed that Bowser wasn’t playable in New Super Mario Bros 1? How do you think Nintendo would have handled a playable Bowser in a 2D Mario platformer?#

Let us know your thoughts on the matter (and more) in the comments below, on social media, or on our Discord server today!