Earlier today, Dr Mario World was released for iOS devices. Based on the classic Nintendo puzzle series from yore, the game features Mario, Luigi and the rest of the Mushroom Kingdom all donning their white coats in an attempt to stop the viruses from infecting the entire Mushroom Kingdom.

It’s your typical Dr Mario game really, albeit one ruined a bit by a stamina system, real world currency and other questionable design decisions in mobile games. It’s a shame really, especially given that Nintendo originally promised not to rely on such exploitative tactics in their mobile titles.

But one thing it does have in its favour is the roster. Indeed, with everyone from Peach to Bowser to the Koopalings being doctors here, it’s clear Nintendo have gone above and beyond with the character roster for Dr Mario World. It’s a huge step up from past games there, and that’s without even considering the assistants you can choose!

However, it seems things are about to get a bit crazier even still. Why? Because as dataminers have found out, sprites for dozens of extra doctor characters have been found in the game’s code!

And to say they’re a surprising selection is quite the understand. Indeed, as the picture below shows, it seems practically the entire Mario Kart roster got their medical degree recently: 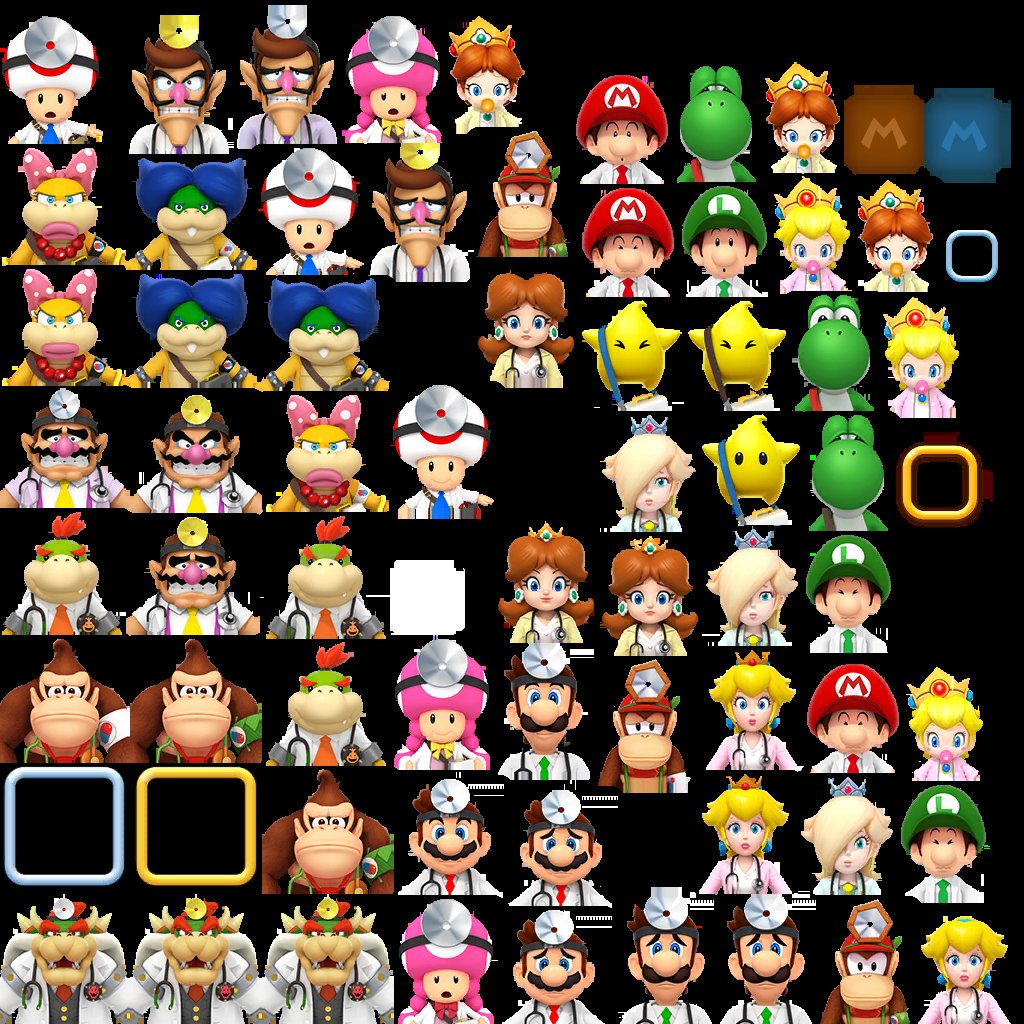 We’re not kidding there. Literally every major character in the Mario spinoffs seems to be a doctor here. You’ve got Dr Wario, Dr Waluigi, Dr Donkey Kong…

Hell, even the likes of Baby Mario and Luigi seem to be doctors now! Yeah, that’s quite the medical school you’ve got their guys. It’s so easy that even toddlers are passing the exams and becoming accredited GPs now!

Ah well, guess it’s not too surprising when you think about it. After all, if becoming a GP just meant knowing how to match viruses and pills based on colours, then you’d probably see a lot more people passing those exams in real life too. Mario medical procedure clearly isn’t rocket science here.

Still, what do you think about Dr Mario World? Are you happy to see so many Mushroom Kingdoms receive their medical degrees and become playable in said game? Is the possibility of a playable Donkey Kong or Wario enough to make you interested in playing the game?

Or do you feel the gacha type mechanics are just too exploitative to support here?