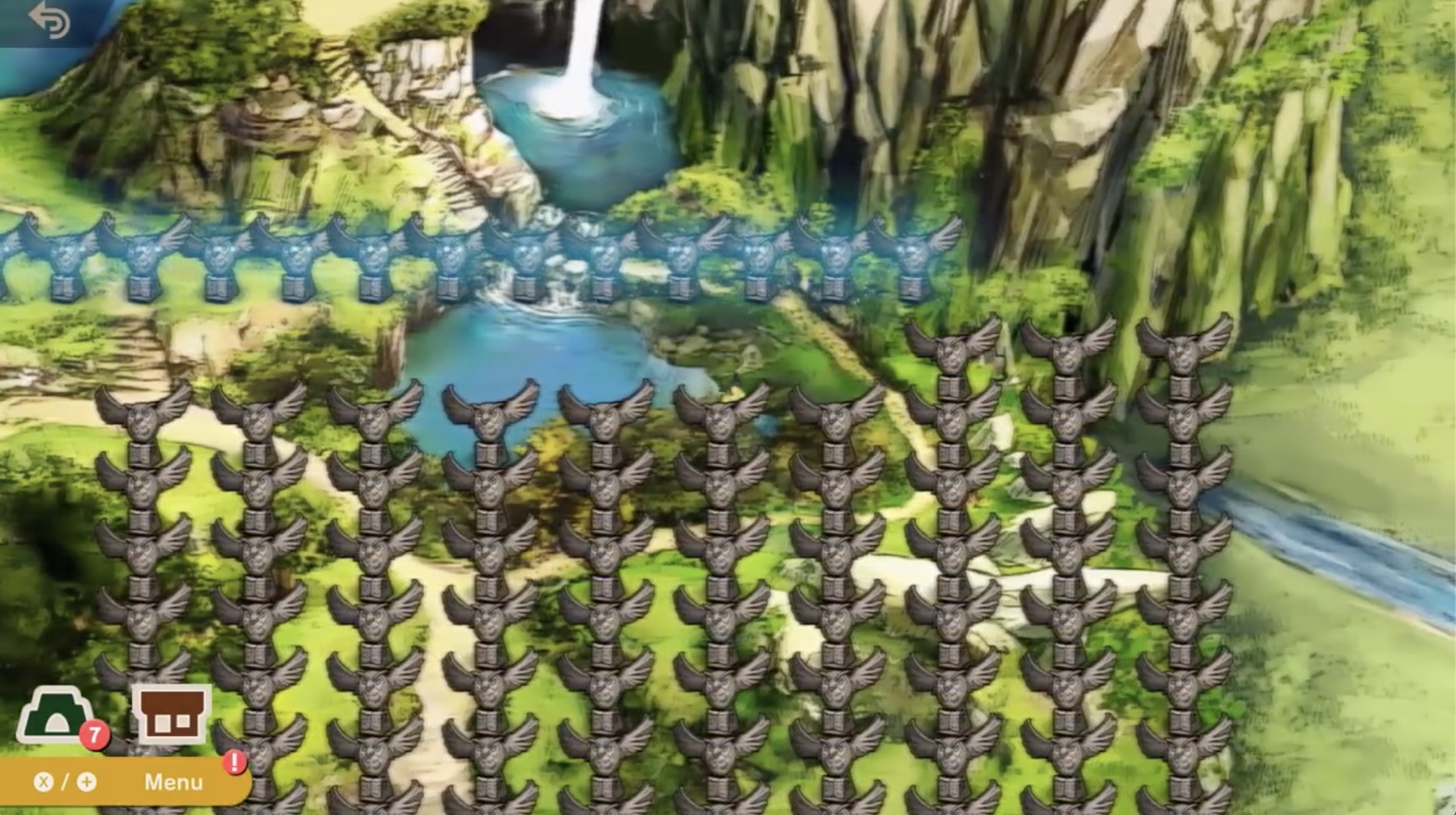 Given the sheer amount of content in the game, it’s no surprise Super Smash Bros Ultimate has some unused elements lying around. After all, those characters went through various revisions in development, stages got built, changed and tweaked over time, and various things from past games likely got carried across at one point or another too.

But one thing which didn’t get much found for it was World of Light. Or for those who haven’t played Ultimate for whatever reason, the game’s main story mode. That mode wasn’t really explored by dataminers to be honest, and as such, any unused content mostly went ignored there.

Until now that is! Because as the title suggests, a modder by the name of SKELUX has indeed looked into the files for World of Light, and discovered numerous unused submaps found within said mode. Here’s a video showing them in action:

As you can see, there’s not much left in the way of resources here. The graphics for the maps don’t exist (and often glitch up), any content that was there has long been removed and the only things remaining are really just music, names and the odd mechanic.

Yet that doesn’t make them uninteresting. Oh no, much the contrary. That’s because in at least one of these maps cases, entirely unused mechanics were left behind here too. Namely, jumping on the world map.

Yep, the Mario themed Pipe Tower map would have originally let players jump around, like on Super Mario 3D World’s map. It’s a neat addition, and one which we’re genuinely surprised didn’t make it into the mode in one form or another.

Hell, we’re genuinely surprised such a map didn’t make it in either. After all, loads of other franchises got submaps, like Donkey Kong Country, Zelda and Kirby.

But no, Mario merely got the Magma Castle area. That one’s not bad, but it doesn’t play much like a Mario game would, and only loosely references the series at all.

So yeah, interesting to know it wasn’t their first plan for Mario representation in World of Light.

And it wasn’t the only unused area cut from said mode either. Nope, two more unused areas made it into development too.

One of which is kinda weird. Why?

Well, do you have any ideas on how a giant bottle could have fit into World of Light?

Yeah, we don’t either. But apparently a ‘Big Bottle’ map was planned at some point or another, and it would have been an explorable submap in World of Light none the less.

Perhaps it was meant to be the bottle from Super Mario Sunshine’s Noki Bay til Nintendo realised how obscure the reference would be?

Eh, maybe. Or maybe it was something entirely different altogether. We can’t exactly tell one way or another given how little remains of the whole affair.

And that’s also true of our final unused submap too. Named Magma Base, this map also doesn’t have much left over for it, with the only hints at its content being the name itself.

On the one hand, it could be (as SKELUX implies in his video), part of a cut volcano submap meant for the right side of the map. This would make sense given how barren the volcano area is right now, and could easily fit either a Zelda or Metroid style level.

Alternatively however, it could also be an early version of Magma Castle, which is a fire themed dungeon already explored elsewhere in the mode. This would make sense given Pipe Tower’s inclusion in the early build of the game, and would open up the possibility that said castle wasn’t actually meant to be Mario themed earlier in the game’s development.

Regardless, it’s another neat unused map, and one which leaves a ton of room for interesting stories and research. As do the two others shown off in the video.

So what do you think of them all? Do you find the possibility of a Mario themed map for World of Light an interesting one? What do you think Magma Base or Big Bottle were meant to be?