Whether you like the service or not, it’s no denying that the Nintendo Switch Online Expansion Pack does indeed have a few good games available on it. From Super Mario 64 and Ocarina of Time to last month’s Banjo-Kazooie, the series is already building up a library of notable N64 classics, with many others planned for the future.

And it seems that won’t end anytime soon. Why? Because as Nintendo has announced recently, The Legend of Zelda Majora’s Mask is also heading to the service as well, and will be available on the service next month. Here’s the announcement about it from their Twitter page:

Race against time to save a doomed land in The Legend of Zelda: Majora’s Mask, available to Nintendo Switch Online + Expansion Pack members in February! pic.twitter.com/4ypeiJ9LYI

It’s good news for Zelda fans, and indicates a steady stream of new games is on the way in future as well.

Yet it also raises some important questions too. Questions that involve a tiny little peripherial known as the Expansion Pack.

That’s because this hardware is required for many N64 games to run, Majora’s Mask included. Without it, the game simply can’t function on the system (or in an emulator) at all.

And that makes us wonder…

Are Nintendo going to be able to emulate it well?

Cause their track record hasn’t exactly been great on that front. Indeed, not only have various Switch Online games lacked support for necessary peripherials (like Mario Kart 64 with its lack of saving due to the Controller Pak not being emulated), but Majora’s Mask itself has been tricky to port too. Just look at the Collector’s Edition one back in 2003, which was prone to freezes and bugs all over the place. Or the PAL version on the Wii Virtual Console, which some players have said had similar issues to the Collector’s Edition one. 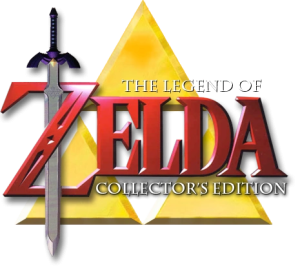 So we do have to wonder how well (or badly) those two factors are going to clash here. Whether Nintendo’s poor emulation on Switch Online and questionable record with Majora’s Mask are going to lead to an even less playable version of the game than some of the previous ports and rereleases.

Still, what do you think? Are you hopeful for Majora’s Mask on Switch Online? How well do you think it’ll run on the service?