Earlier today, Nintendo released updates for two major Switch titles to add support for the Nintendo Labo VR Kit. One of these was Super Mario Odyssey, which received a couple of new bonus missions designed around the functionality, complete with a mini story involving you collecting instruments for an in game band. Meanwhile, the other was a VR playthrough feature in The Legend of Zelda Breath of the Wild, which allowed you to experience the whole game through the Labo VR goggles. 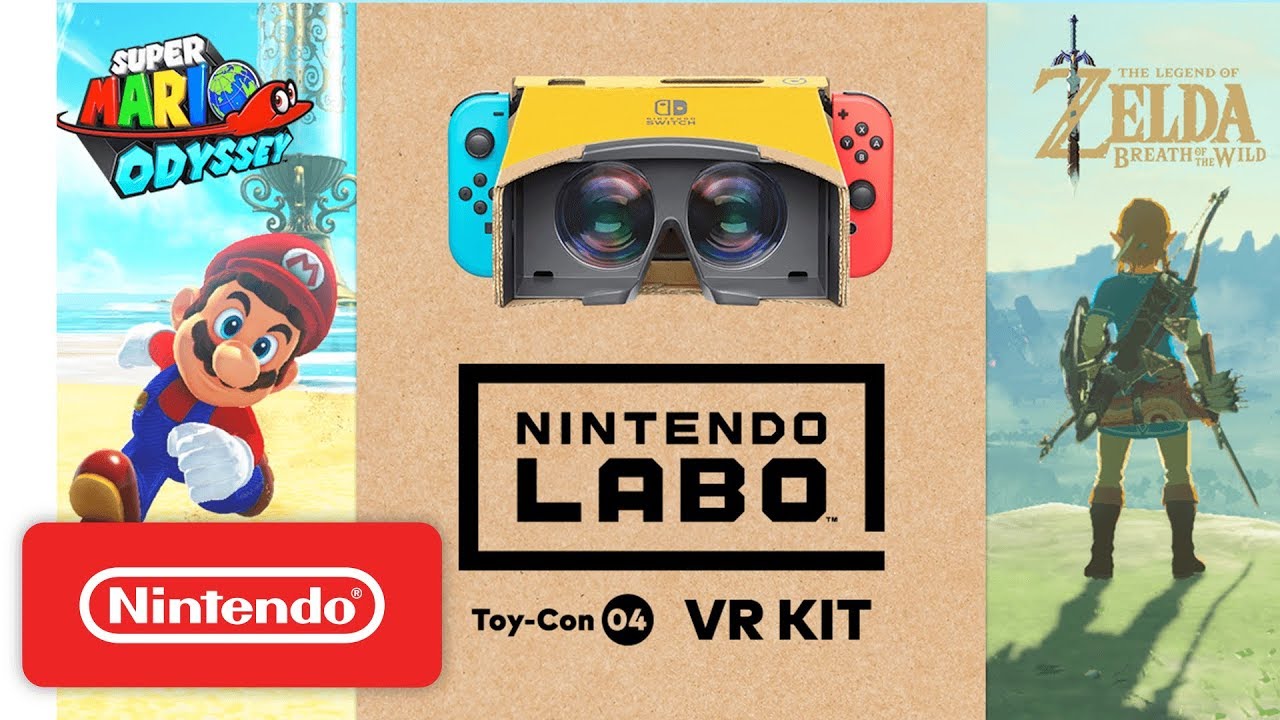 Unfortunately, neither of these additions was particularly good. They were decent enough tech demos sure, and I guess the extra features did add about two minutes of replay value, but the games just weren’t designed for VR overall. They’re not in first person, their worlds don’t benefit from the new viewpoint, and the actual level of content added was so minimal as to be irrelevant.

However, every cloud has a silver lining. And in Breath of the Wild’s case, that means the game has received massive performance improvements to get it working with VR at all!

Yeah, you read that right. Thanks to Nintendo’s work in getting it optimised to work with Labo VR, Breath of the Wild has now received a major performance boost, with the game seeing loading times for shrines and other areas dropping by up to 4 or 5 seconds at a time! Have a look at the comparisons below if you don’t believe us:

Shrine entry is also faster with the update, which makes sense. pic.twitter.com/KUq9tYtqgB

What’s more, the upgrades don’t end there either. Oh no, the game’s performance outside of shrines and loading zones has been bumped up too. This means that the game lags significantly less when moving from place to place quickly, and the types of speed launches used in speedruns are now a lot less awkward than they used to be. Here’s another example, which used to lag the game but doesn’t do so anymore:

Link just flew about 30 miles across the map without the game slowing down once!

It’s crazy to think about, especially given that many of the game’s bullet time bounces send Link hurtling through numerous unloaded areas at mach 1.

And it’s had some pretty big effects on the speedrunning community as a result. Most notably, it’s made the Nintendo Switch version of the game actually competitive with the Wii U one in the scene.

That’s a pretty big deal really. Previously the Wii U one would load areas many seconds quicker than the Switch one, and the lag on the latter would mean it’s use in speedruns would be significantly limited as a result. Hell, even up until earlier today, the leaderships were outright split between the Wii U and Switch because of how notable the performance differences were!

But the update has changed all of that. It’s taken a version of the game that was significantly gimped compared to its alternate system equivalent, and put it right there on par with it, if not better. In just one update, Nintendo made the Switch version the best way to play Breath of the Wild, and turned a game that lagged the system to hell in certain situations to one that runs buttery smooth at most times.

So how did they do it? How could one update take a game that was already out for two years, and make it feel fresh again?

Well, from what people who’ve reverse engineered the code have told us, it all comes down to two words. Boost mode.

Basically, it sets a param called CPU boost mode to 1, which increases the clock speed of the game/console. In other words… they’re overclocking the Switch, with a few functions inlined and the game recompiled to improve things on top of that.

Pretty cool for a minor update, don’t you think?\

So yeah, even if you’re not a fan of the Labo VR integration, give the game another look. The performance boosts make it a lot more fun to replay, and make the process of hunting all over Hyrule for those shrines and Korok seeds a hell of a lot less slow than it used to be.