As per the following description on the official website’s ‘Play Together’ page:

Play as brave Captain Toad and try to recover Green Stars in short puzzle stages with up to three other players!* 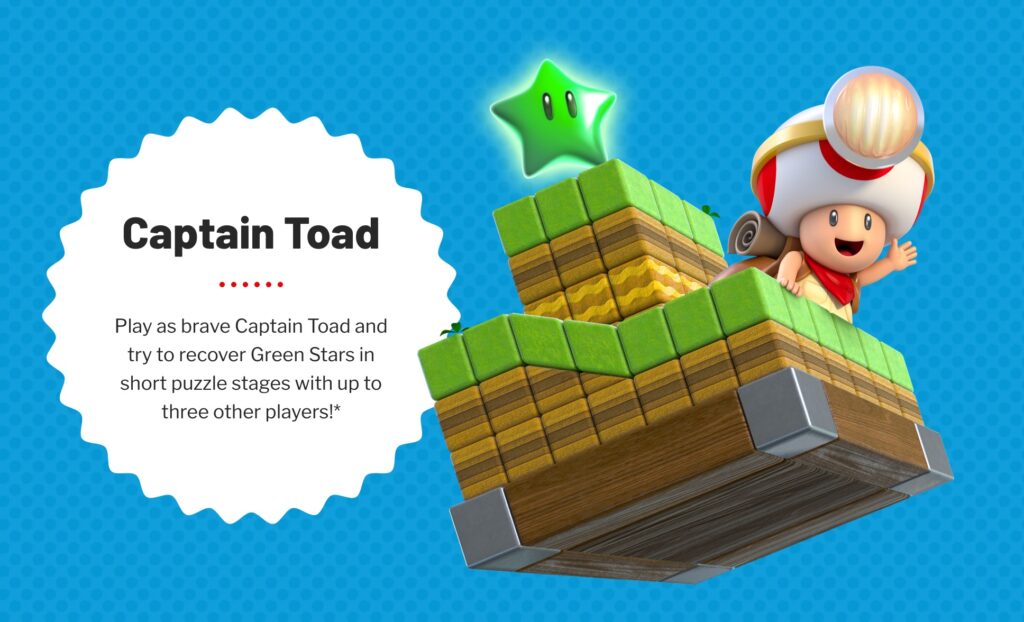 A picture of the description for archive purposes

That’s a welcome change, especially given the original version had these levels as single player only experiences. So if you’re playing through Super Mario 3D World with friends for the first time (or trying it out online), you’ll now be able to play together as Captain Toad and co too.

Of course, that description still leaves a lot of room for further questions too.

For instance, who exactly will the extra players be during these levels? In Captain Toad: Treasure Tracker you had
Toadette as a playable character in the game’s co-op mode, but she doesn’t accompany the Captain to the Sprixie Kingdom in 3D World’s backstory.

And that game only supported up to two players as well. So it’s going to be interesting to see who the other two are, as well as if Nintendo gives a reason for Toadette to appear in the Sprixie Kingdom as well.

There’s also the issue of game balance to contend with here too. The Captain Toad levels in 3D World were designed as a single player only experience, and are hence much smaller than their equivalents in the standalone game. Hence unless a few things are tweaked here, it’s entirely possible they could end up feeling crowded with four players running amuck in such a tiny space.

Still, we’ll likely have answers to these questions and more in due time, and Nintendo’s probably thought about the gameplay implications here too.

So what do you think about it? Are you happy to see multiplayer for these levels in Super Mario 3D World + Bowser’s Fury? Who do you think the other playable characters could be there?

Tell us your thoughts on the matter (and more) in the comments below, on the Gaming Latest forums, or on our Discord server today!