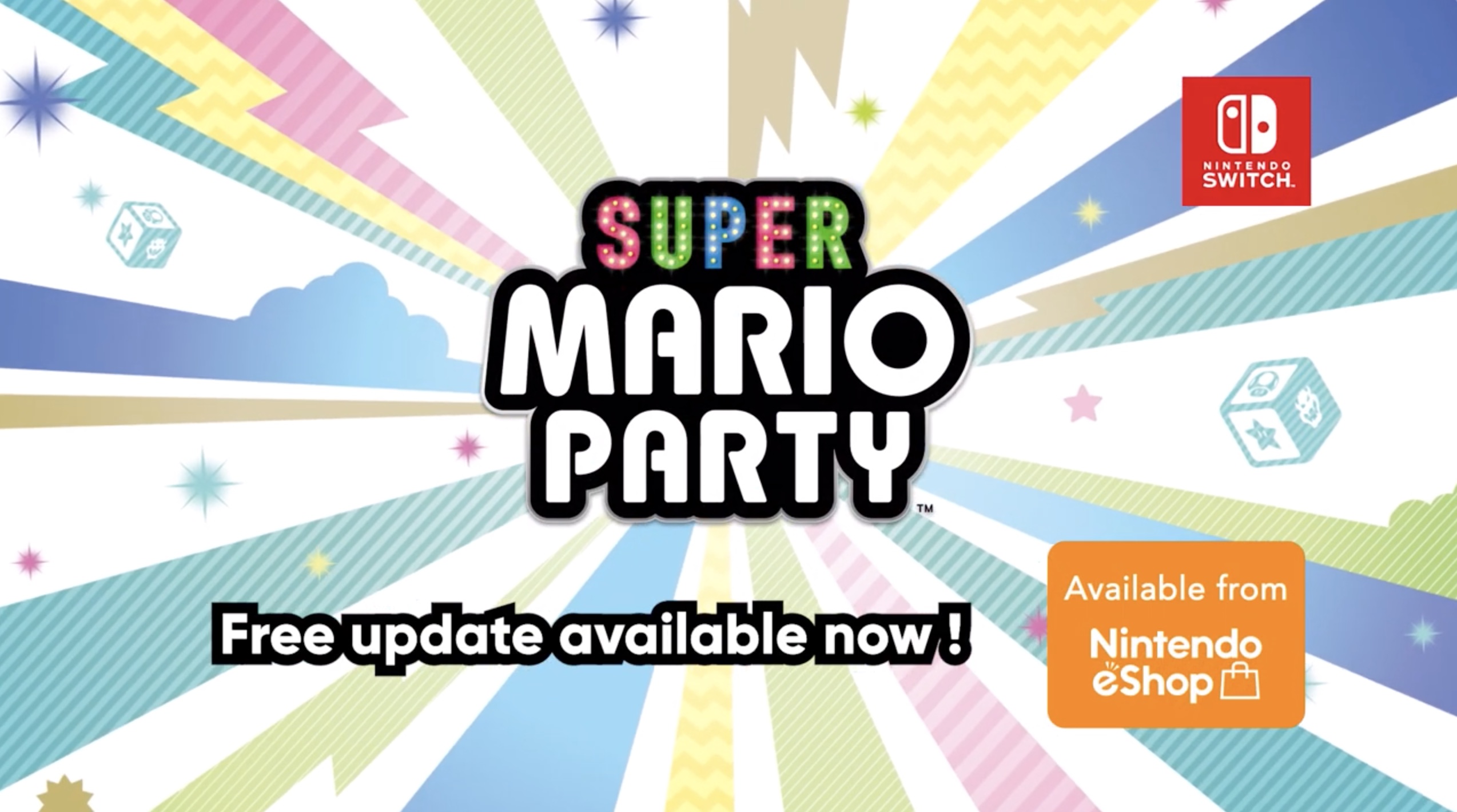 With only one minor update released since its launch in October 2018, we’d all but expected Nintendo to have given on Super Mario Party. After all, most Nintendo game updates are in year 1, with the schedule slowing down after that.

After all, that’s how it worked for ARMS or Mario Tennis Open. Or Super Mario Odyssey with its DLC costumes.

But apparently that’s not the case here. Why? Because out of nowhere, Nintendo have announced that more online multiplayer modes are coming to Super Mario Party! Yep, in addition to the usual selection of mini games, you can now play the main board game modes online too, with both traditional Mario Party and Partner Party modes now being playable with friends.

It’s a huge update to the formula, and when coupled with freeplay mini game modes and other stuff, makes the game a hell of a lot more enticing than it may have otherwise been.

So check out the announcement trailer here:

Read the full changelog on the Nintendo of America website: