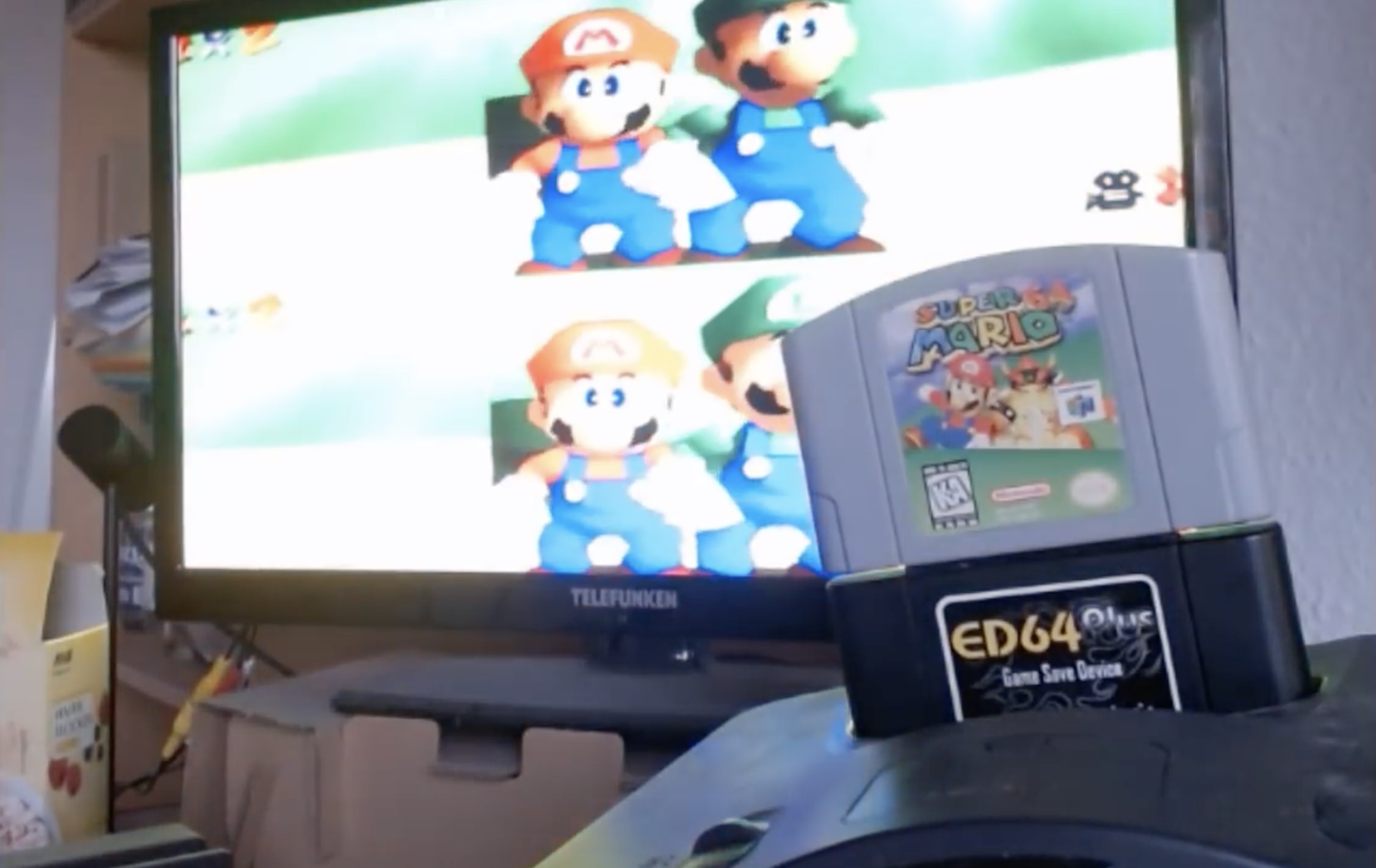 In the last few years or so, the Super Mario 64 modding scene has gone through a serious revival. Indeed, with everything from massive adventure games to remakes and gimmick hacks becoming super common, it seems the community has been constantly pushing to the game to new heights and putting many of Nintendo’s own programmers to shame in the process.

There are the likes of Super Mario Odyssey 64 and Super Mario Sunshine 64, which will take mechanics from more recent Mario games and backport them to the Super Mario 64 engine.

And then there were the more ‘mechanics’ focused hacks that showed off all kinds of other neat ideas. Like the one which added 3D World’s characters and abilities into the game. Or Super Mario 64 Online, which expanded on said mod and added even more unique characters into the mix.

It’s been an incredible time to be a Mario 64 fan, with hit after hit revealed by people in the community.

But now there’s another interesting one on the way. Namely, a full co-op multiplayer mod by ROM hacking expert Kaze Emanuar. Here’s a video showing it in action, alongside info on his other projects:

As you can see, it’s not just a simple effort here. No, an awful lot of work has been put into the mod here.

Like with the death system present there. Unlike previous mods like Super Mario 64 Online, the existence of two players in the game world means that one person dying cannot be allowed to reset the whole course, since that’d be an absolute nightmare in about 90% of use cases.

So Kaze has implemented the bubble system from New Super Mario Bros Wii and Super Mario Maker 2 instead. Hence dying merely puts you in a bubble instead of booting anyone out of the course, and the other player can choose to free you in order for you to be able to keep playing.

It’s a neat system, and it’s impressive to see it so well recreated in a game as old as Super Mario 64.

But the bubble setup is only the start. What’s more impressive (at least to me) is that the mod seems to be fully compatible with an actual Nintendo 64 too.

Which means that unlike certain hacks of the game, this one will be entirely usable on a real console. That’s serious impressive in our eyes, and it’s made even more so by the fact that Nintendo themselves weren’t able to get something like this working well.

Seriously, we’re not kidding there. Back when Super Mario 64 2 was actually in development, Nintendo were actually planning on making Luigi a playable character, complete with a co-op multiplayer mode that’d let two people tackle the entire adventure together.

However, it didn’t work out too well, and thus the demo level the team made to test the mechanic was all that ever got made for it.

So yeah, by making this mod, Kaze has basically one upped Nintendo themselves here, and proved that Super Mario 64 2 could have indeed became a reality.

Either way, if you’re interested in playing Super Mario 64 with your friends, check out the mod when it’s released around February next year. It’s going to be great!