A couple of days ago, we wrote about some interesting changes made in the Mario & Luigi Superstar Saga remake for the 3DS. These changes included everything from a new theme tune for E Gadd to tweaks in character switching mechanics and NPC designs, and showed some of the things that differ between the original game and remake.

However, as you may expect, those weren’t all the changes the game had made to it. Oh no, quite a few others existed in the game too, some of which were found after our article was published.

Starting with another design change people might not like. Remember those wacky looking Hammer Bros in Bowser’s Castle?

The ones that genuinely looked like they wanted to murder Mario and Luigi?

Yeah, I’m sure you do. They were some of the more notable enemies there, alongside the Sniper Bills and Chomp Bros debuting in the game.

Either way, there’s bad news. Why? Because thanks to Nintendo and AlphaDream pushing the ‘standardised’ Mario designs, these unique Hammer Bros are now simply your bog standard, generic grunts from Dream Team and Paper Jam. Here’s a comparison if you don’t believe me:

Still, look on the bright side here. Every other enemy in Bowser’s Castle keeps its design as similar as possible to their ones in the original Superstar Saga. So, the Chomp Bros, Gunner Guys and Sniper Bills remain intact. 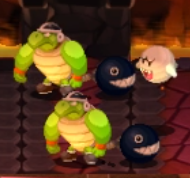 It’s just a shame the Hammer Bros take such a big hit in the design department.

5. E Gadd Foreshadows his Role in Partners in Time

Either way, let’s move onto something a bit more positive now. Namely, an interesting detail added to the Minion Quest mode.

Basically, E Gadd now shows up in it. And as GameXplain’s fantastic video shows, he now references the idea of building a time machine, which as you can tell leads into Mario & Luigi Partners in Time. It’s a pretty neat reference, and a nice thing to throw into a remake like this. 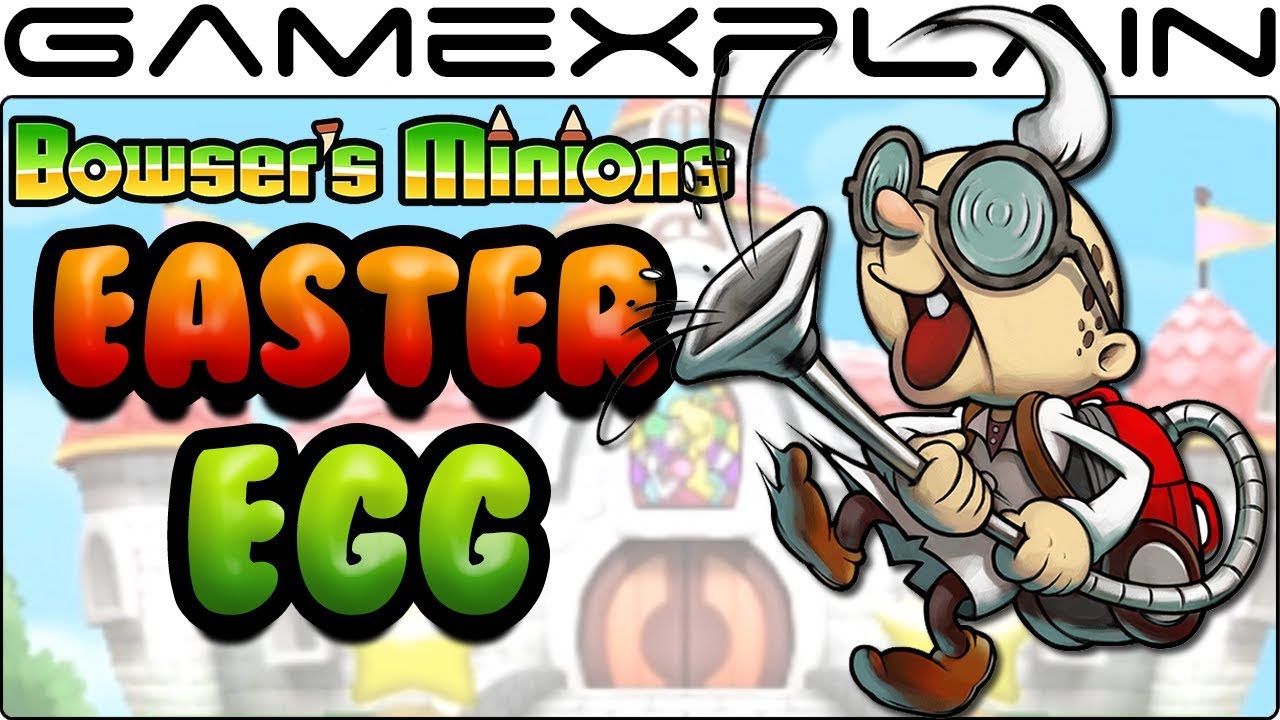 4. Boomerang Bros Get a Name Change

Which is also true of the next item on our list as well. Remember those Boomerang Bros from the lagoon area of the game? The ones that looked completely different from every other Boomerang Bros in the series?

Well, there are quite a few bits of good news regarding them. Firstly, their unique designs stay intact here.

So unlike the Hammer Bros and a few other enemies in the game, they’ve not been ‘NSMBified’ at all.

And that’s not all that’s interesting here. Nope, they’ve now realised how different they look and act from the defaults, and have gave them a new species name to match. Yup, the Boomerang Bros from Superstar Saga are now named ‘Beanerang Bros’, as shown in the picture below: 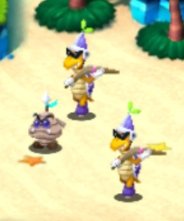 It’s very fitting considering the bean theming the other monsters from the kingdom got in this title, and really distinguishes them from their generic counterparts.

However, what about the gameplay itself? Surely there are interesting changes that don’t relate to character designs, right?

3. Extra Green Pipes Have Been Added to the World

Yes, there are. Like this one, where extra green pipes have been added across the kingdom.

Now, for those who’ve not played the original for whatever reason, the pipes are there as quick travel points for reaching visited areas more easily. They’re in three of the four corners of Beanbean Outskirts, Chucklehuck Woods, Stardust Fields and Joke’s End (among others) and act as a very convenient way of transversing the large world map.

And in the remake, it seems that part of the game has been significantly expanded. That’s because unlike before, there are now thirteen green pipes in Beanbean Castle Town. This means four new pipes were added compared to the original, with two of them being in Hoohoo Village and Hoohoo Mountain Descent: Tracks End respectively.

So, if you’re someone who struggles to navigate the world or needs a shortcut, AlphaDream were kind enough to give you some new ones here. How very helpful of them!

2. Mecha Chomps Were Replaced by Mechakoopas

Unfortunately, for every good change Nintendo and AlphaDream make in this remake, it seems they make a few bad ones as well.

Like removing a unique enemy found in Woohoo Hooniversity and replacing it with a boring old Mechakoopa. No, your eyes aren’t deceiving you there. They really have scrapped the Mecha Chomp enemy altogether and stuck the Dream Team/Paper Jam style Mechakoopa in its place.

That’s rather disappointing if you ask us. Mecha Chomps were a really unique monster in the original title, and fit the university theme quite well overall.

Then add how every other monster from the area stayed intact (down to the hilariously looking Yo Bros enemies): 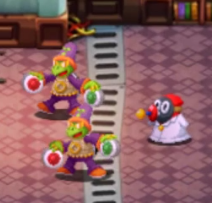 And you’ve got a change that really doesn’t make any sense at all. Why scrap this monster? What makes this one harder to implement than any other creature unique to the area?

Nothing. We have heard that it might be due to ‘sprite complexity’ (as in, they have no Mecha Chomp like monsters to cannibalise for parts for the sprite), but that doesn’t make any sense either. Really, it’s a Chain Chomp on a robot dog body. It’s not complicated to draw, and it’s certainly no more difficult to resprite than say, every boss in the game or every other enemy unique to the Beanbean Kingdom.

1. The Toads Have Been Made Generic… Again

Oh no. Nintendo and AlphaDream have also completely stripped every Toad in the game of any unique design or personality.

Every single one. All those Toads in the courtyard at the start of the game?

The residents of Little Fungitown?

All generic Toads. Including the arcade players, the shop keepers, the mum and child… everyone.

As a result, the only Toad in the entire game with his own design is now Dr Toadley (aka Psycho Kamek’s replacement). You do have a few doctors with a couple of accessories (stethoscope and reflector), but even then their core design is identical to every other Toad in the series.

It’s ridiculous, and makes scenes like the one with a female Toad look completely insane: 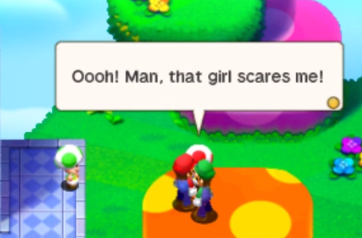 So thanks guys. You’ve now taken out one unique enemy, ruined the design of another and removed their unique appearances from almost every Toad in the entire game. It’s just like… Why? Why would you make these changes?

The extra green pipes are good. The new E Gadd is good. Some of the changes in our last article worked well enough.

And it doesn’t make sense in a wacky game like Superstar Saga at all.

So let’s hope this is the end of the generic Toad cycle. Because with so great NPCs, it’s time the Toads of the Mario World got given the same treatment!