In the recently released Pokémon Scarlet and Violet, the concept of regional ‘fakes’ and convergent evolutions was introduced to the series. These are Pokemon that look like others from past games, but are actually unrelated in every way, with entirely unique typings and abilities.

It’s like convergent evolution in the real world, with Wigett and Toedscool being two key examples based of Diglett and Tentacool respectively. 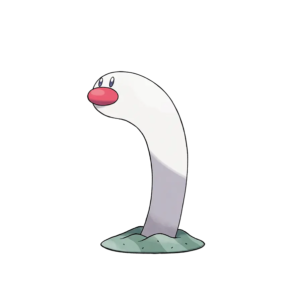 However, did you know the latter wasn’t always the case? That Magikarp and Gyarados were meant to get ‘regional fakes’ rather than the Tentacool family?

Yep as data miners have recently found, the internal name for the Tentacruel analogue’s files is actually Okagyaradosu, implying it was originally based on Gyarados! 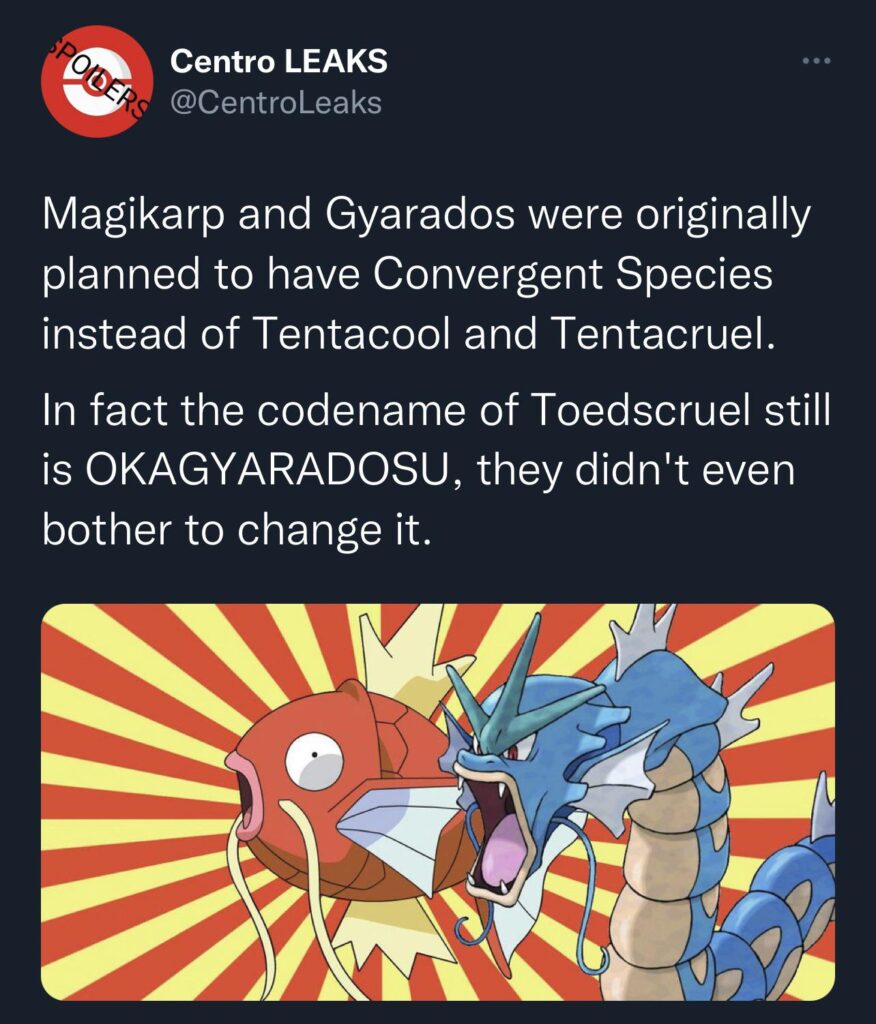 About Toedscruel’s codename in Pokemon Scarlet and Violet

It’s an interesting tidbit for sure, and one which has people speculating that the idea may have hung around in a few unusual places too.

Like say a Magikarp esque design in Pokémon Legends: Arceus, or the the earthworm like Orthworm found in the finished games.

So perhaps this was a last minute change, and that Paldean equivalents to Magikarp and co were going to be a thing until the very last moments of development. Or maybe those things are just coincidences. That works too.

Regardless, what do you think of this? Would you have preferred to see Magikarp and Gyarados get Paldean equivalents? What sort of typings do you think they’d get anyway?

Leave your thoughts on the matter (and more) in the comments below, on social media, or on our Discord server today!

About Toedscruel’s codename in Pokemon Scarlet and Violet (Reddit)