Peach’s Castle From Super Mario 64 Has Been Recreated in Minecraft! 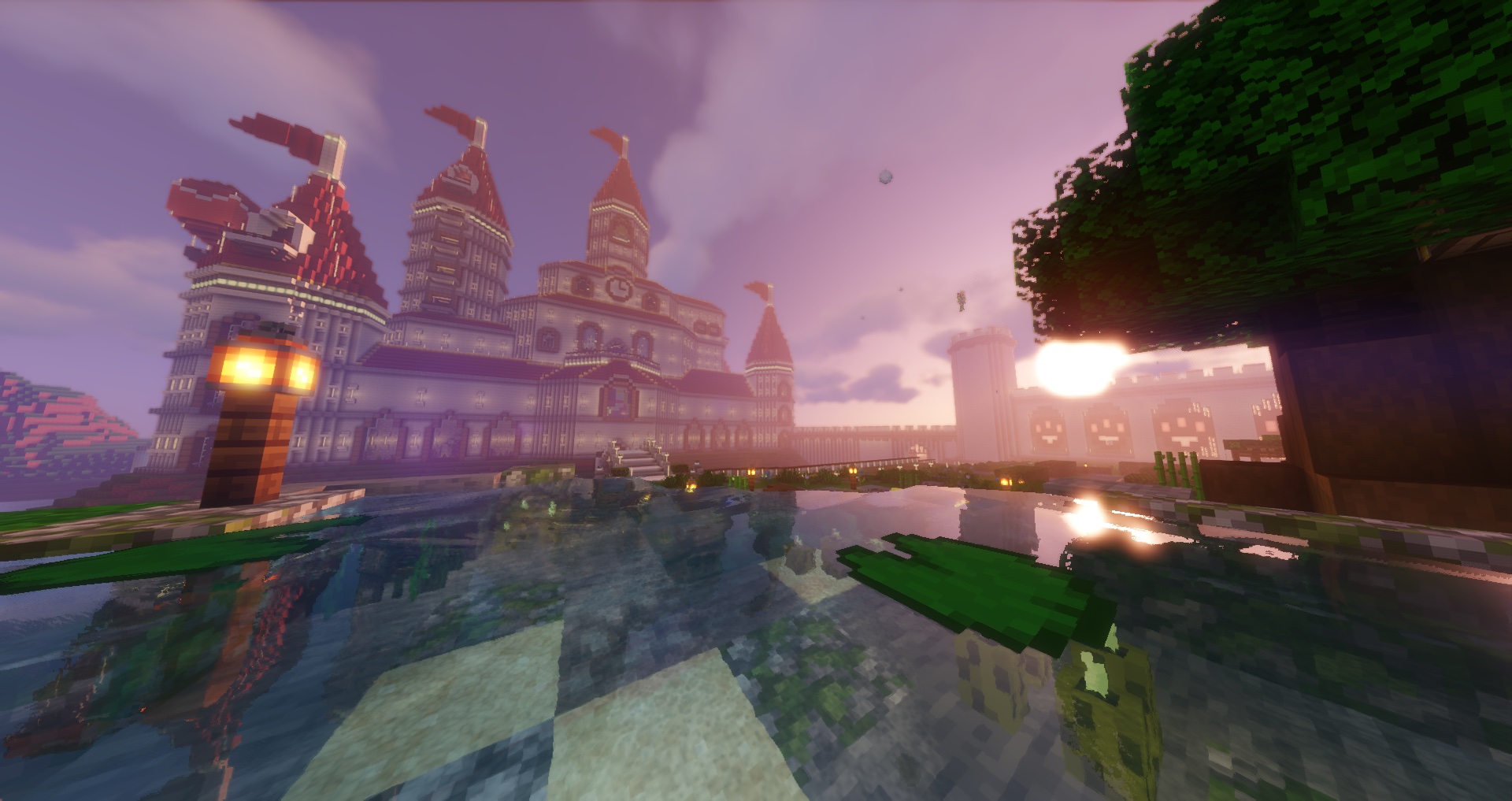 A while ago, we posted about a recreation of Tarrey Town that would be featured in our upcoming Minecraft. Based on the area from the Legend of Zelda Breath of the Wild and mostly created by Discord staffer Squishy Pixelz, it was an impressive recreation overall, and one which got covered by a fair few news sites to boot. You can see the trailer for that one here:

But did you know that it won’t be the only Nintendo related location that you’ll be able to visit on the server? Or that we’ve been working on something far, far more impressive?

No, we’re not kidding there. Because as the title suggests, you’ll be able to visit Peach’s Castle from Mario 64 there too! Here’s a trailer video for the server showing it in action:

As you can see, it’s more than just a normal ‘recreation’ of the castle here.

No, while it does indeed have all the rooms from Super Mario 64’s castle included (and laid out in a way that they actually fit inside the castle shell)…

It also has areas from every other appearance of Peach’s Castle in the entire Mario series! Yep, this ain’t just Super Mario 64’s castle, this is the ultimate version of Princess Peach’s Castle, with dozens of rooms to explore and all manner of intriguing details to check out! Remember that conference room from the intro to Mario & Luigi Bowser’s Inside Story?

That’s in here. Mixed in with the Bob-omb Battlefield room too.

Same goes for the casino from Luigi’s mini games in Super Mario 64 DS. Or the Rec Room. Or any number of other locations added in the DS remake.

And the details go way beyond even that too. From the aeroplane in Super Mario Sunshine to the dungeons from Origami King to all manner of new rooms created entirely from scratch, everything and anything you can imagine has been included here.

It’s a truly insane build, and one which should be an absolute joy to experience for any and all Mario fans.

What’s more, it’s also got an interesting challenge to complete too. A unique sidequest specifically designed for the server.

Yep, those cats from Mario & Luigi: Bowser’s Inside Story are now everywhere, and can be found scattered throughout the entire castle! There are 80 to find too, with many of their hiding spots being in all manner of creative, hard to find places.

With the first person who manages to find them being able to win $120 in cash too. Just take a picture of your character next to each Blitty, post the photos on our Discord server, and if you’re right/quick enough… the prize is all yours!

So give your thanks to our team (whose names can be heard below):

Then join our Discord server to find out how to join the server when it goes live at 4pm tomorrow! It’s going to be great!