Well guys, it’s finally here! The first set of tracks for the Mario Kart 8 Deluxe Booster Course Pass are now live, and can be played in both single player and multiplayer. In case you’ve forgotten, here’s the full list of tracks we got today:

They’re an interesting set of tracks to say the least, and ones which have a surprising amount of variety due to their lap setup too. Why? Because in the Tour ones, every single lap changes the route you’ll drive on the track, with each path reflecting one of the course variants from the original game. So for instance, you’d go left on lap 1 in Tokyo Blur, but then right on lap 2, before going on a completely different route involving a motorway in the final lap. It’s like 3 tracks in one really. 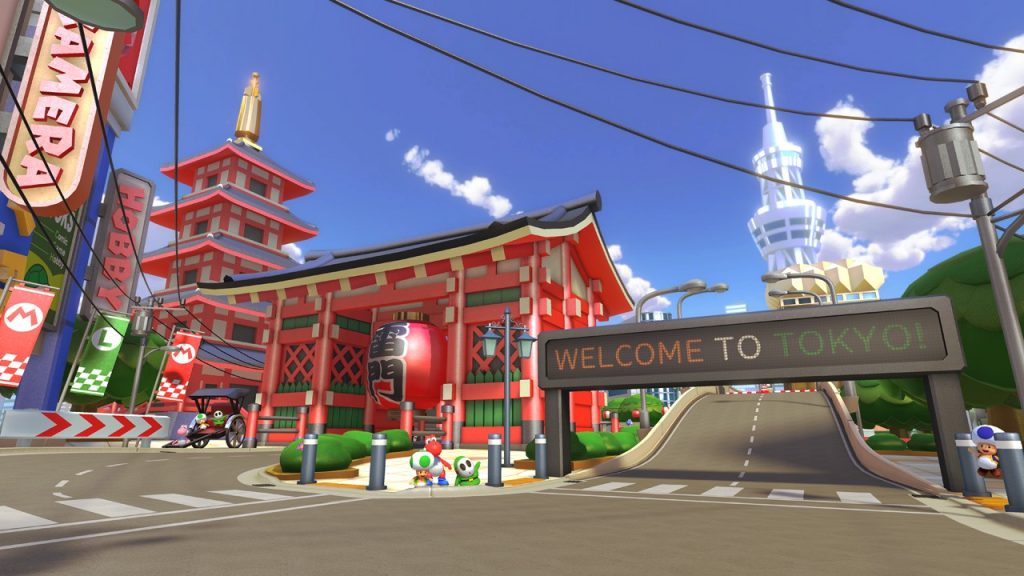 And the aesthetics are a bit more interesting than expected too. Graphically they’re pretty mediocre compared to the base game’s content, but music wise they fit perfectly, with redone versions of the songs using real instruments from the same people behind the original game’s song.

So while it’s not quite on par with the original (or it’s own DLC tracks), it’s a fair deal nonetheless, and one that’s well worth getting if you haven’t already.

Regardless, check out the list of FAQs below if you need a few questions answered about the Booster Course Pass as a whole…

Then join us over on the Gaming Reinvented Discord server later for a few races on the new tracks! It’s gonna be great!

Wait, have all the tracks been released?

Are they worth the price?

Have the tracks been upgraded to fit the game?

Sort of. Aesthetically they’re way simper than the base game, but there are more decorations and things to see than the Tour versions, and you won’t notice the drop in quality much when racing regardless. The music is still top notch, and fits the style of the base game perfectly.

As far as anti gravity goes, no. Gliding is included in 7 of the 8 tracks, but underwater gameplay is non existent as of this time (probably because the tracks in the first two cups don’t have much water in general).

What does the ‘choose your own routes’ thing mean here?

How about for Ninja Hideaway?

In Ninja Hideaway, all the routes are open at all times, so you can choose exactly where you want to go in each lap.

How do I view/select the new tracks?

In the cup selection menu, press R to switch to the Booster Course Pass cup list, and press L to switch back to the base game one.

Do these new tracks feature in Grand Prix mode?

Yes. Just like in the other modes, you can press L and R to switch between the course sets on the cup selection screen. Same goes for the list of cup/star ranking icons on the difficulty select screen, in case you want to see how well you’re doing.

Can they be played in Time Trials?

Yes, and like the base game tracks, they all have existing Nintendo staff ghosts to beat too.

Do you get anything for beating all of these ghosts?

Nope. But maybe it’ll be a different story in 2023 when we have all 48 new tracks to choose from.

Do I need to own the Booster Course Pass to play the tracks with other people?

No. As long as one person has the DLC, everyone in the room can play on said tracks.

So why do I need to own the DLC?

Because otherwise, you can’t play these tracks offline in various single player or local multiplayer modes, nor in situations where no one else in the room has the DLC pass.

If my Nintendo Switch Online Expansion Pass runs out, what happens to the DLC here?

You lose access to it, at least offline. Presumably your save data is unaffected though, so if you buy it again, your GP and Time Trial results should still be intact.

Is it worth buying the DLC separately?

Given that we don’t know how long Nintendo’s servers will be up, and losing access to these courses is a bad deal… then yes. After all, it’s about 40p per track, isn’t that an amazing deal?