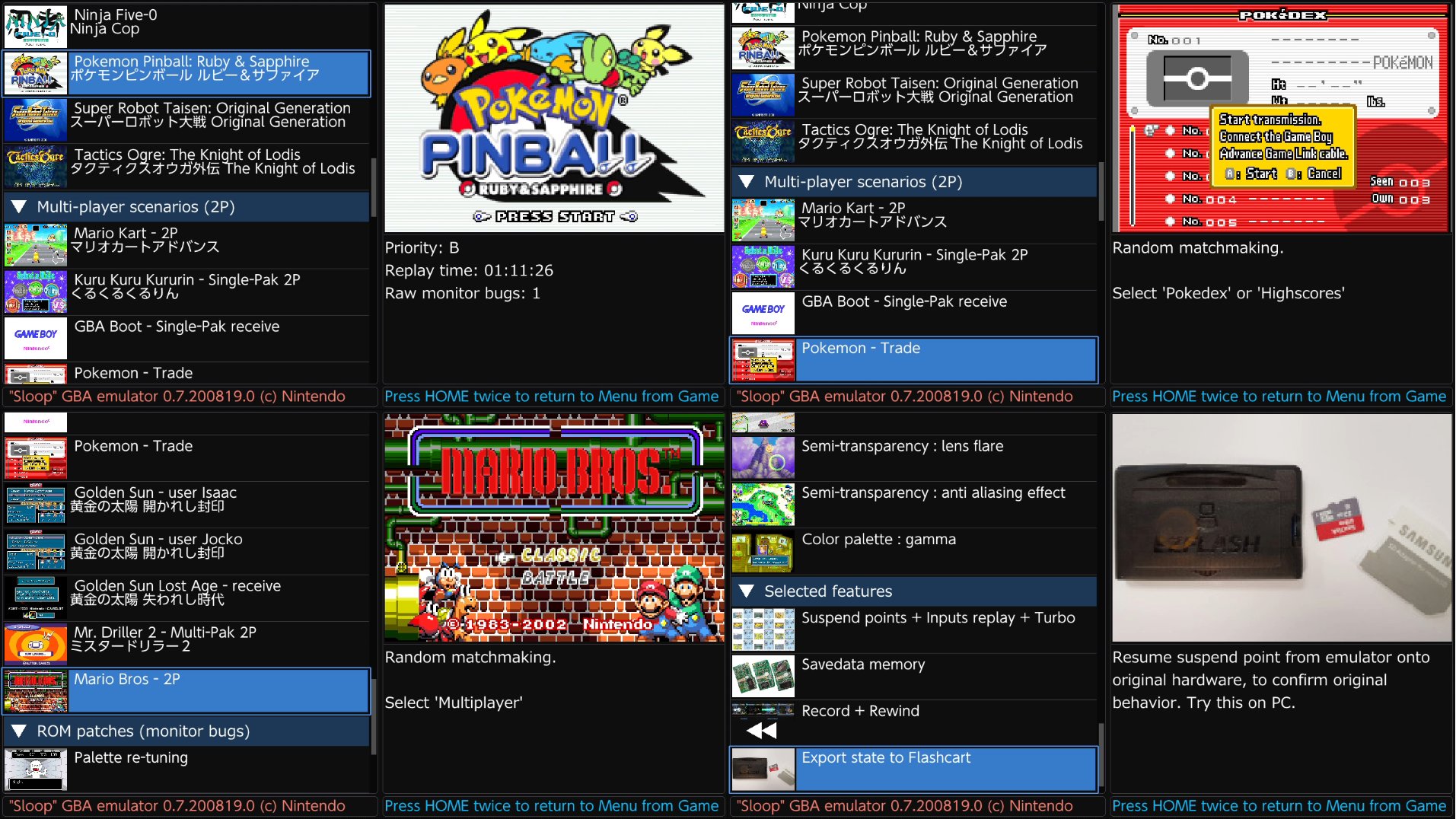 When it comes to inaccessible retro console libraries, the GBA is arguably one of the worst. Indeed, while the NES, SNES, N64 and even original Game Boy have seen the games made accessible on numerous Nintendo titles, the GBA has barely seen anything of the sort. It’s been available as part of the ambassador program for the 3DS back in 2011, the Wii U Virtual Console in 2014…

And that’s about it really. It’s not got a classic console, it’s not been on the VC before the Wii U era…

Nor has it seen anything resembling a Switch Online release either. As a result, games like Pokemon Ruby and Sapphire, the Legend of Zelda The Minish Cap and Wario Land 4 have been mostly inaccessible for the majority of Nintendo fans.

But now it seems that may change. Why? Because dataminers have now found an official GBA emulator for the Switch, complete with the codename Sloop! Here’s a Twitter thread with more info courtesy of Trashbandacoot:

So Nintendo's official Game Boy Advance emulator for the Nintendo Switch just leaked. Now it's just a matter of waiting for NSO to add GBA. pic.twitter.com/mEJcKrRtzL

As you can see, there’s interesting stuff here. Like say… some of the games being tested here.

These include the GBA era Pokemon games (complete with online trading), plus the Super Mario Advance series and even one of the Game & Watch Gallery titles! It’s an interesting selection, and one that hints Nintendo may have some big plans for the system.

Plus a Game Boy emulator too! Indeed, in addition to the Sloop one for GBA, there are also files for something called Hiyoko too. This is apparently an emulator for the original Game Boy and Game Boy Colour, also developed by NERD (Nintendo Europe Research and Development). So it seems like the GBA won’t be the only Game Boy system getting its games rereleased on Switch at some point soon.

But how will it work?

Well, it’s hard to be sure. On the one hand, we don’t think it’s unlikely the GBA games to be locked behind the Expansion Pass paywall. That’s because more ‘complex’ systems seem to be included there, with the likes of the N64 and Mega Drive being made exclusive to said mode. So the same could well apply for GBA titles too.

Yet for Game Boy and Game Boy Colour ones? Eh, not sure those would justify the Expansion Pass at all (if anything even did to begin with).

So in our opinion, it feels like we’ll get a Game Boy and Game Boy Colour app for all Switch Online owners, and a GBA one for those with the Expansion Pass.

However, what do you think? Are you interested in seeing GBA games running on Switch? What GBA titles do you expect to see on said console in future?