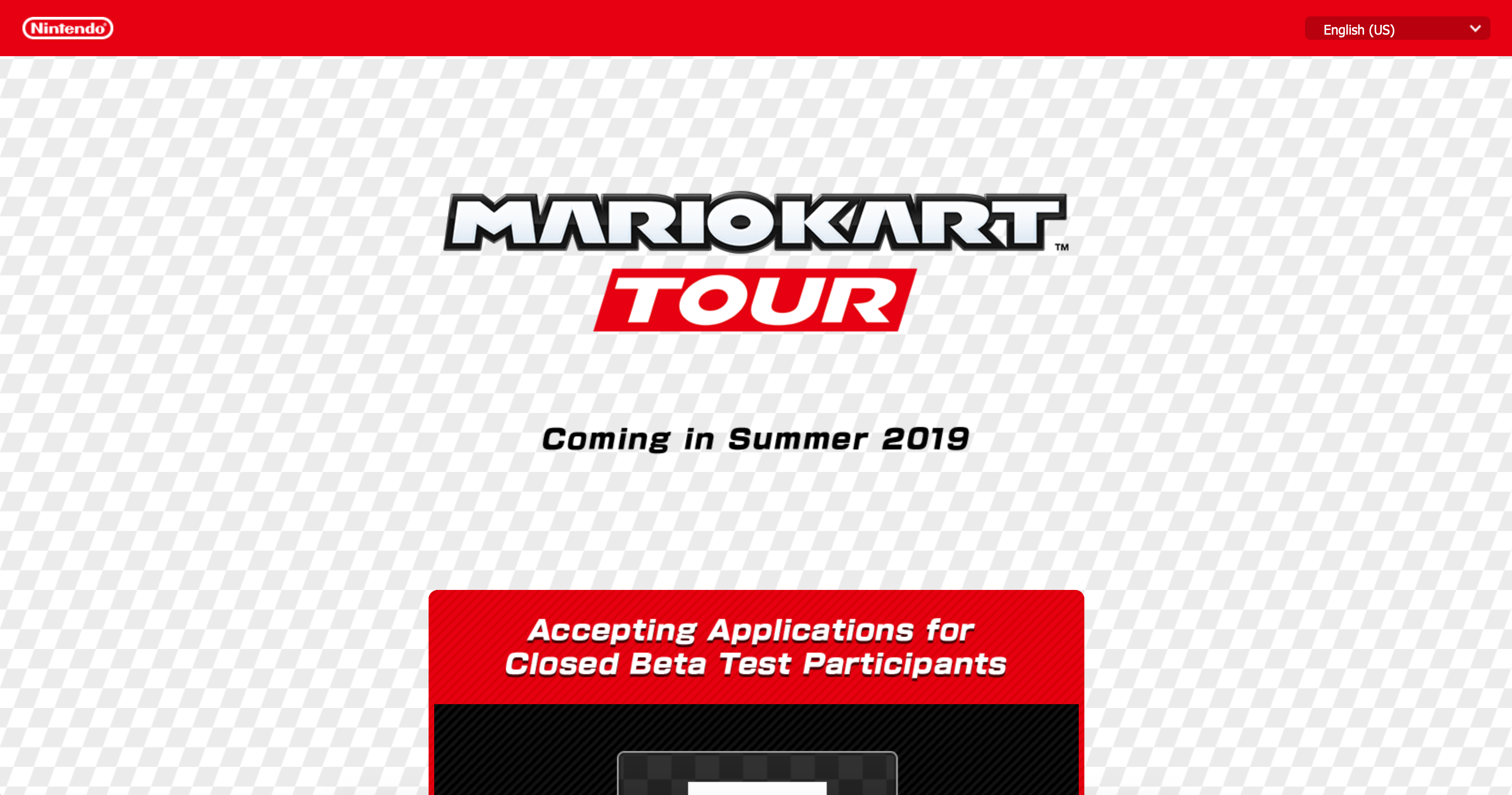 As we’ve stated a few times now, Nintendo has been a bit light on the Mario Kart Tour news front. Indeed, despite being announced all the way back in January 2018, we still don’t know absolutely anything about the game itself beyond the name and series it’s in, and we haven’t seen any screenshots or footage showing the game in action either.

However, it seems that may be about to change soon. That’s because as the title suggests, Nintendo is now holding sign ups for a private beta for Mario Kart Tour, where Android device owners in the US and Japan can apply to try out the game in a private beta test before it launches.

Here’s a link to the website where you can apply for the beta.

As you can see, it runs from May 22nd to June 4th, and is open to anyone in the aforementioned countries with a valid Nintendo account and a device capable of supporting the game (Android 4.4 or higher, with at least 1.5GB of RAM).

So if that’s you, give it a go. You never know, you may well become one of the first people in the world to try out the next Mario Kart title!