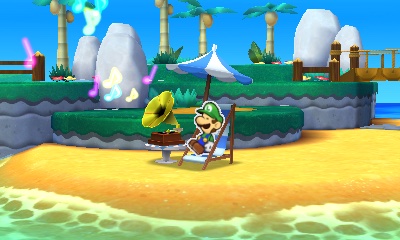 As every Nintendo music afficinado knows, GilvaSunner is one of the best YouTube channels for listening to their songs online. Filled with soundtracks from just about every major Nintendo game up to the Wii U era, the channel’s videos are all high quality rips from the original games, with everything sounding about as good as it could possibly sound given the limits of the medium.

It’s a beloved channel, and one which has racked up a tidy 466K subscribers since its launch in October 2010.

But now it seems like the channel may not be long for the world. Why? Because apparently, Nintendo has struck down thousands of videos there with copyright claims, blocking entire soundtracks in the process. Here’s the tweet about it from GilvaSunner themselves:

Over 1300 copyright blocks on the YT channel today. Here are all the soundtracks Nintendo has blocked this time. pic.twitter.com/AqSyIdc4iJ

As you can see, there are some big names there. Super Mario Galaxy, The Legend of Zelda Skyward Sword, Mario & Luigi Dream Team… all well known, popular Nintendo titles whose songs did extremely well on YouTube, and which we listened to again and again on GilvaSunner’s channel.

And it makes us wonder…

Why are Nintendo so against their music being posted on YouTube when they seem to have zero interest in actually making it available ‘legally’?

Cause people like these songs. People want a way to listen to them outside of the games themselves, on their daily commute or just during their leisure time.

So why aren’t they on Spotify? Or have CDs released in any country, Japan included? Even if these were available on Club Nintendo (or some other Nintendo specific store), that would be better than what we get now.

You’ve got a market there Nintendo. Take advantage of it, and provide an alternative to the fan made channels instead. That’s how you really win here, not by randomly striking down videos by popular YouTubers and making everyone hate you online.

Still, what do you think? Are you disappointed to see Nintendo taking down more music uploads online? When do you think they’ll finally realise the value of their music, and make it available legally in some form or another?