Admit it folks. When you picture a game with lots of glitches and an active speedrunning scene, what do you think of?

Either way, it’s probably some sort of adventure game. The type of game where the player can go where they like and do pretty much anything you can imagine in the bounds of the engine.

What you probably don’t expect on the other hand, is a sports game. That’s just not the kind of game you’d expect speedrun strats for. Something like out of bounds or wrong warping in Madden or Fifa seems like something out of a bizarre fever dream.

But apparently that’s exactly what’s happened with Wii Sports. Why? Because a new glitch has been found that lets players stand on water, get out of bounds and hit golf balls from anywhere they like. Take a look: 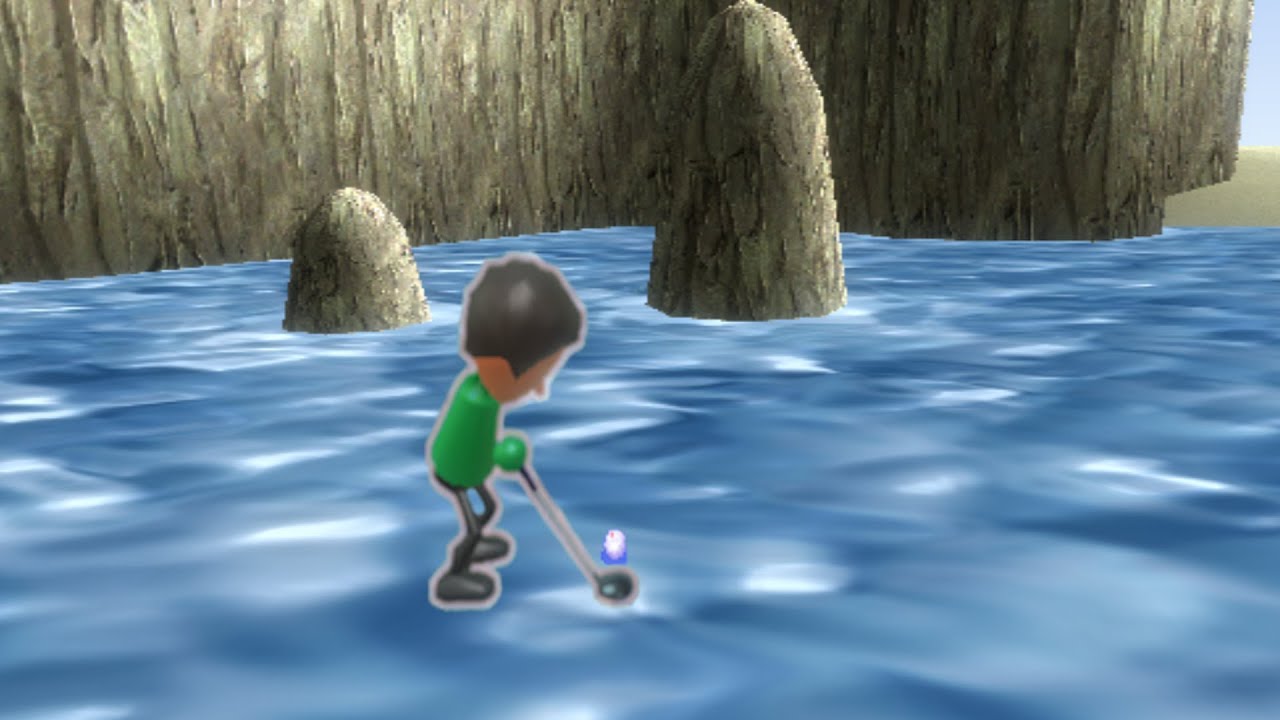 You know it’s gonna be a good one when this rare sentence comes up right off away:

On February 18th 2021, a new game breaking glitch was discovered in Wii Sports

And it doesn’t disappoint either. By disconnecting your Wiimote during a golf shot, your character apparently enters a weird ‘disconnected’ state, and can input another hit during the same shot by reconnecting. This then tricks the game into thinking you’re on the fairway regardless of what surface you’re actually on, whether that be in water, out of bounds or even on the side of a cliff.

As a result, you’re then able to take massive shortcuts, and skip across things like water rather than having to hit your ball round or over it. It’s a major discovery, and something that completely changes the speedrunning scene for Wii Sports forever.

So yeah, apparently game breaking bugs exist in Wii Sports now, and speedrunners are walking on water to get better scores in their golf game. It’s crazy to think about, and makes you wonder what other kind of insane titles are going to have such… interesting discoveries made for them in future.

Regardless, what are your thoughts here? Are you surprised that such a glitch is possible in Wii Sports? What other unexpected speedrunning games do you know of?