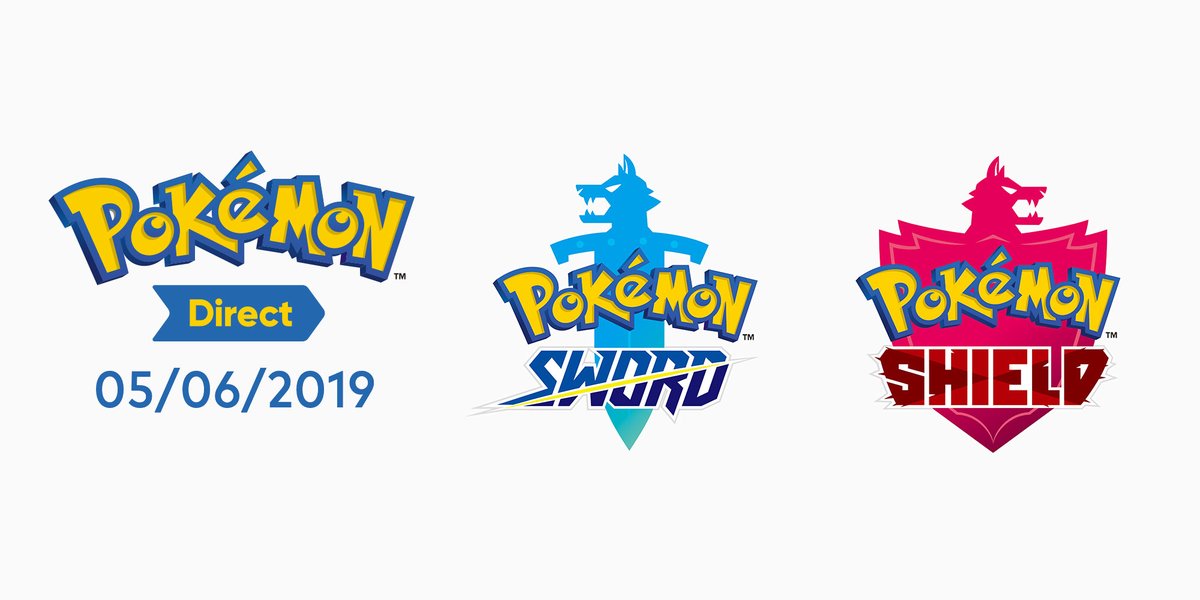 Tune in on 05/06 at 14:00 (UK time) for roughly 15 minutes of new information on #PokemonSwordShield for #NintendoSwitch in a livestreamed #PokemonDirect presentation. pic.twitter.com/0OnQyKZCHS

As well as its equivalents from other regions:

Tune in on June 5 at 6 a.m. PT for roughly 15 minutes of new information on #PokemonSwordShield for #NintendoSwitch in a livestreamed Pokémon Direct presentation.https://t.co/d1Xx3bDbhq pic.twitter.com/sNypwrc09d

It’s going to air on June 5th at 2pm UK time, which translates to the following times in various regions:

So what will be included here? Well, I think it’s safe to say that one or more legendary Pokemon will be revealed in this one. That’s because in previous generations, the order for Pokemon reveals usually goes ‘title/logo, starter Pokemon, region, mascot legendaries, villain team and miscellaneous stuff’, with the latter aspects often being revealed in the pre E3 Direct.

Hence it’s pretty likely the same will apply here, and we’ll see whatever Pokemon are going to be gracing Sword/Shield’s box art in the presentation.

We’ll also likely get a glimpse at the villain team or other background info too. It won’t be everything (especially given Game Freak’s need to have a story twist in recent Pokemon titles), but it’ll give some indication of what the threat facing the Galar region is this time around.

Finally, there’ll inevitably be a few more Pokemon revealed too. Nothing special compared to the legendaries, probably your usual common types from the region. The regional bird, mouse/rodent, maybe fish, that sort of thing.

So yeah, that’s our prediction anyway.

But what do you think about it? Could we see the cover legendaries and villainous team in this Direct? What other interesting reveals will there be for Pokemon Sword and Shield?

Tell us your thoughts in a comment below or over on the Gaming Latest forums today!