As you likely know, there are various materials weapons can be made from in the Legend of Zelda Breath of the Wild. You’ve got wooden ones, which don’t attract lightning but catch on fire. You’ve got metal ones that are fireproof, but a lightning magnet during storms.

And you’ve got various others too, like the Guardian and Ancient ones, and the Bow of Light.

But did you know you can actually make the former even better? And find a way to make your wooden weapons outright fireproof?

Yep, thanks to a new glitch found by LegendofLinkk, there’s now a way to make wooden weapons immune to fire altogether!

Here’s a video tutorial showing the glitch in action: 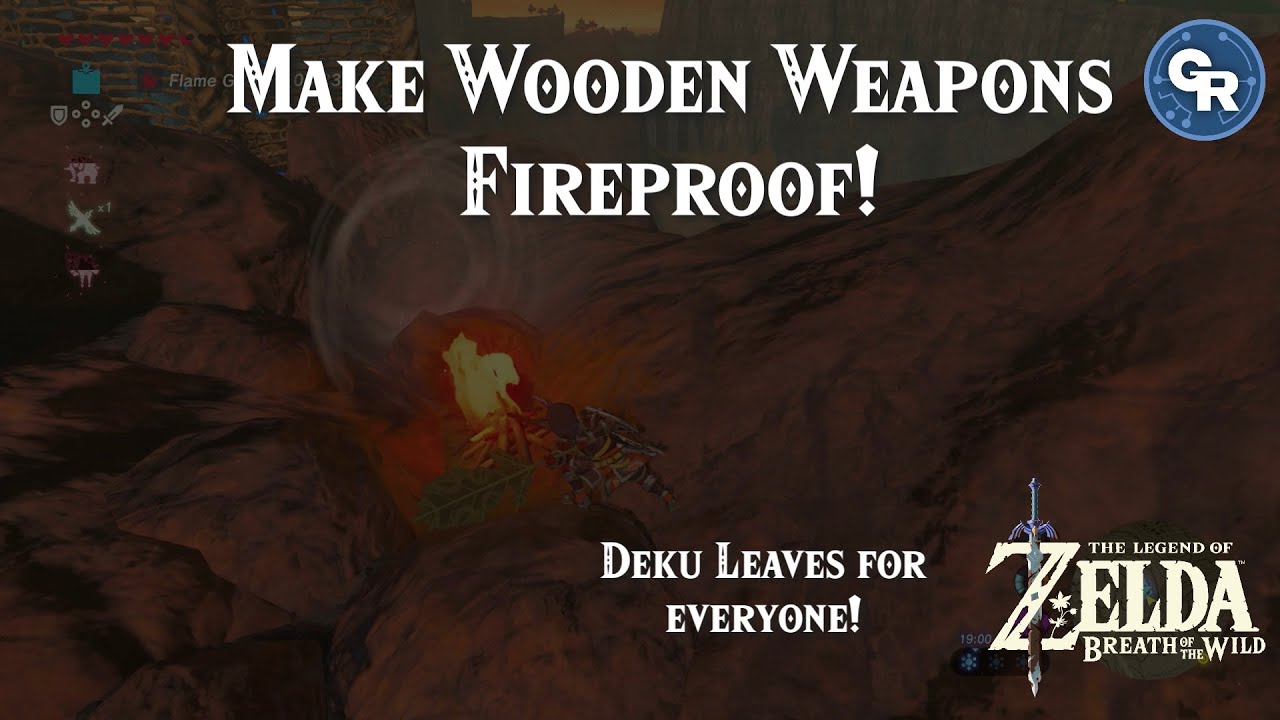 As well as a written tutorial on how to do it…

First, place down a bomb.

Then, get out the weapon you want to make fireproof.

Finally, as you press B to put away the weapon, set off the bomb so you get hit.

That’s it! The weapon is now fireproof, and will work against fiery enemies, near fire, etc without any problems. It really is that simple, and it’s fun to mess around with too.

However, there are a few things to watch out for.

Firstly, if you put the weapon away again (or teleport away), the glitch will be undone. So you’ll need to do this each time you want to make your weapon fireproof.

Secondly, it also doesn’t work on Death Mountain. This is probably because weapons on your back are affected by the temperature there, and putting them away doesn’t put them out like it does in other areas.

Still, it’s a neat glitch nonetheless, and one that you should definitely try out at some point. So give it a go! It’s a clever way to make your wooden weapons go that much further, and a very interesting use of the game’s mechanics too.

Either way, what do you think? Is this glitch useful in any way?