New Glitch Lets Breath of the Wild Players Fly Without a Paraglider!

New Glitch Lets Breath of the Wild Players Fly Without a Paraglider!

Have you ever wanted a way to fly through the air without a paraglider in the Legend of Zelda Breath of the Wild? To easily skip large portions of shrines, dungeons and other areas with nothing more than a held item?

If so, it seems you’re now in luck! Why? Because a major new glitch has been found that lets you do all that and more! Named BLS Sliding and discovered by LegendofLinkk, the trick lets Link carry held items with him at all times, and float across the air at high speeds simply by climbing up a ledge at the right angle.

Here’s a video tutorial showing the glitch in action: 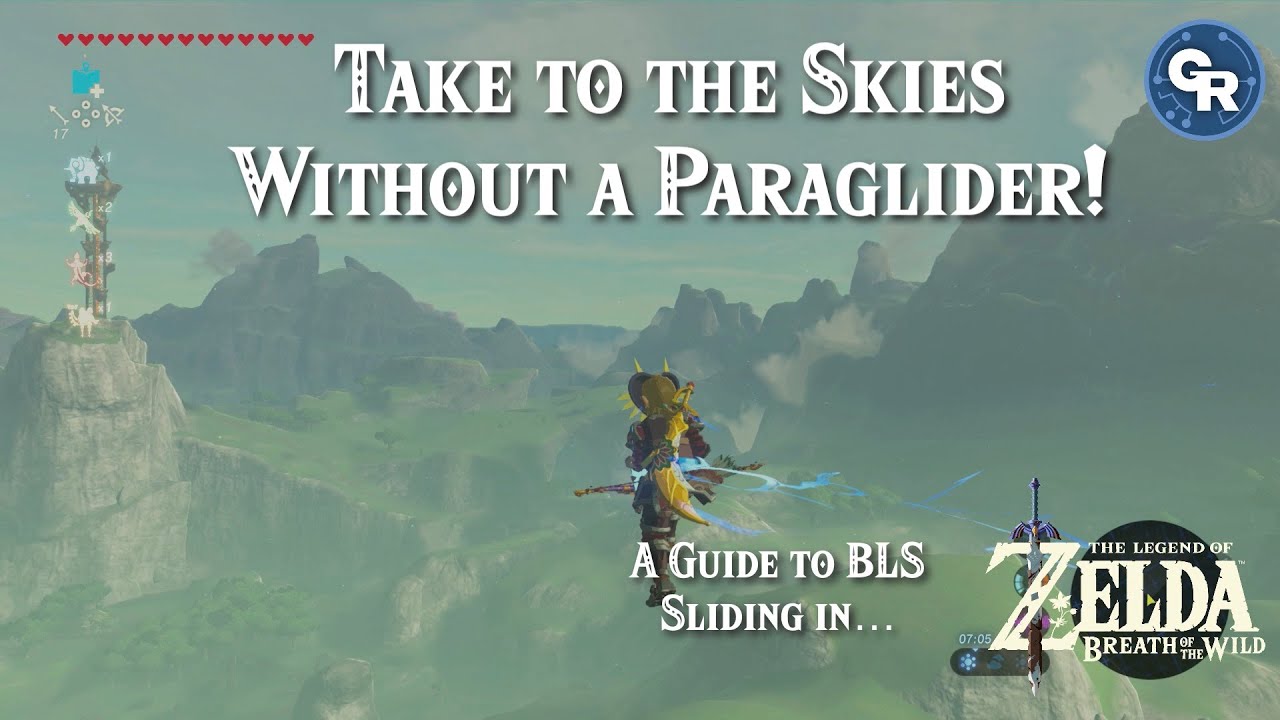 As well as some detailed instructions on how to pull it off:

How to Setup BLS Sliding

As you can see, it’s a pretty simple glitch for the most part. You don’t need any mini games, you don’t need to play the game without saving or watching a memory…

Just mess around with a held item, bow and shield in the way mentioned above, and you’ll all set. It’s pretty cool really, and can let you take all manner of insane routes through the skies of Hyrule!

So why not try it out yourself! It’s a fun glitch, and one that’ll can completely change the way you’ll play the game forever!

Does this work with any item?

Yes it does. Any held item can work here, including bombs

So you can do this glitch right away?

Nearly. All you need is a bow, shield and the bomb rune, which you can get right on the Great Plateau.

You don’t need a glider for this?

Is there any restrictions on how far you can go?

Not really, though staying still will cause you to drop down.

Can you escape the Great Plateau this way?

No. The Plateau barrier still stands, just like it does with moon jump.

Does it work in shrines?

Trial of the Sword?

Don’t see why not.

Can I change direction in mid air?

I’ve heard you can, either by quickly changing direction, or changing the camera in some way. We’ll do more research on this soon.

Is Link invincible while flying?

No, he can still take damage as normal. It does seem damage from obstacles in shrines was reduced by this though.

What does this mean for speedrunning?

Quite a lot actually! You may not be able to skip the Plateau with this trick, but the ability to just hover lets you skip many parts of shrines and dungeons without moon jump, which will be huge in many categories. You’ll be able to cross gaps in shrines and skip pits and lava, easily reach areas in Divine Beasts that a glider or the map might be needed for, take shortcuts in the Trial of the Sword and much more!

It was originally found by LegendofLinkk, though others have found extra features of the glitch too.