Here on Gaming Reinvented, we’ve always been interested in unused content in games. Whether its scrapped enemies and characters like in Luigi’s Mansion or Super Mario Sunshine, cut dungeons like in the Legend of Zelda The Wind Waker or even whole removed modes like Bottles’ Revenge in Banjo-Tooie, it’s always fascinated us to see what kind of ideas never made it into the final product.

And this is especially true of games we’re fans of, like The Legend of Zelda Breath of the Wild. So when we heard the game had unused mechanics for the Master Sword, we were over the moon. It was like a dream come true; there was our favourite game, and here was an interesting unused idea we could write about in it.

So here’s how it works. Basically, you know how in Breath of the Wild, using the Master Sword too many times disables it? How instead of breaking when you run out of durability, the sword just remains unusable in your inventory till it recharges? 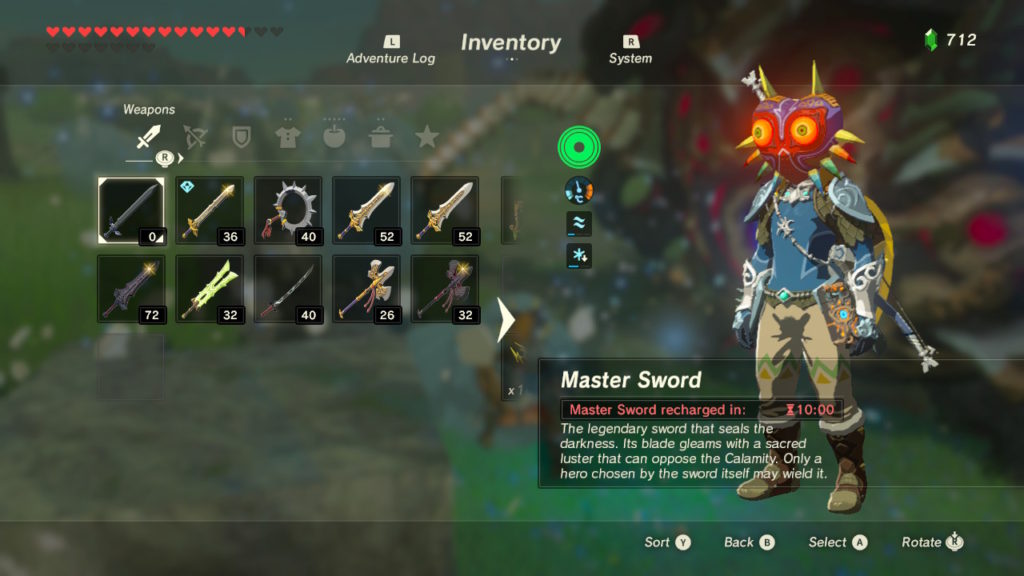 Well as it turns out, that wasn’t the first idea Nintendo had for it. Instead, their original idea was that the sword was going to get rusted and ‘break’ when it ran out of durability. In this state, it’d resemble the version from the memory cutscenes in game, and do only 1 point of damage to anything it was used on.

Here’s a video showing the effect in action:

Unused broken Master Sword i think this was initially going to be in the game but they decided to change it pic.twitter.com/hPcQQB1YND

As you can see, it works pretty well really. It fits the storyline perfectly, looks rather awesome when worn down, and generally feels a lot more fitting than the standard cooldown timer setup here.

Which makes us wonder; why did Nintendo cut this behaviour?

Honestly, it’s hard to tell. On the one hand, the same behaviour does exist for the One-Hit Obliterator in the Champion’s Ballad, so it’s obvious that nothing stops the basic mechanics working here.

But we don’t know the development process behind building that weapon at all. Perhaps it was tricky to get it working for the base game, so the cooldown was implemented to save on dev time. Maybe it unbalanced the game, and disabling it worked better there.

Or perhaps the whole setup was glitched in some way, and it took them a while to fix it. After all, that can happen. Just ask Rare, who ended up bundling Donkey Kong 64 with the expansion pack because they couldn’t figure out how to fix a game breaking bug.

Either way, it’s a shame they scrapped the feature. The original idea was significantly more interesting than the current one, and the design tied in really well with the memory cutscenes too.

Here’s hoping something like it returns in a sequel!