The Legend of Zelda Breath of the Wild is an amazing game. With one of the best open worlds in gaming history, a vast interconnected web of design systems that keep things immersive and some truly incredible visuals and music, the title is a modern classic, and a fantastic revival of an already incredible series.

But it’s not perfect, and one reason for this is the lack of proper dungeons. Oh sure, it had Hyrule Castle, which was pretty much the closest thing to a dungeon in the game, and the shrines/Divine Beasts had puzzle elements.

Yet the former didn’t have the focus of a traditional dungeon, whereas the latter two were short, usually somewhat uninspired and lacking in unique aesthetics. They felt like Nintendo had plucked dungeon rooms outer of a larger scale setup, and merely placed them in random locations across the world.

However, where Nintendo falters, the fans usually fill in the gaps. And that’s the case here too, where a Zelda modder called HailToDodongo has released a full blown duingeon for the game known as the Sky Maze. Here’s a video showing it in action: 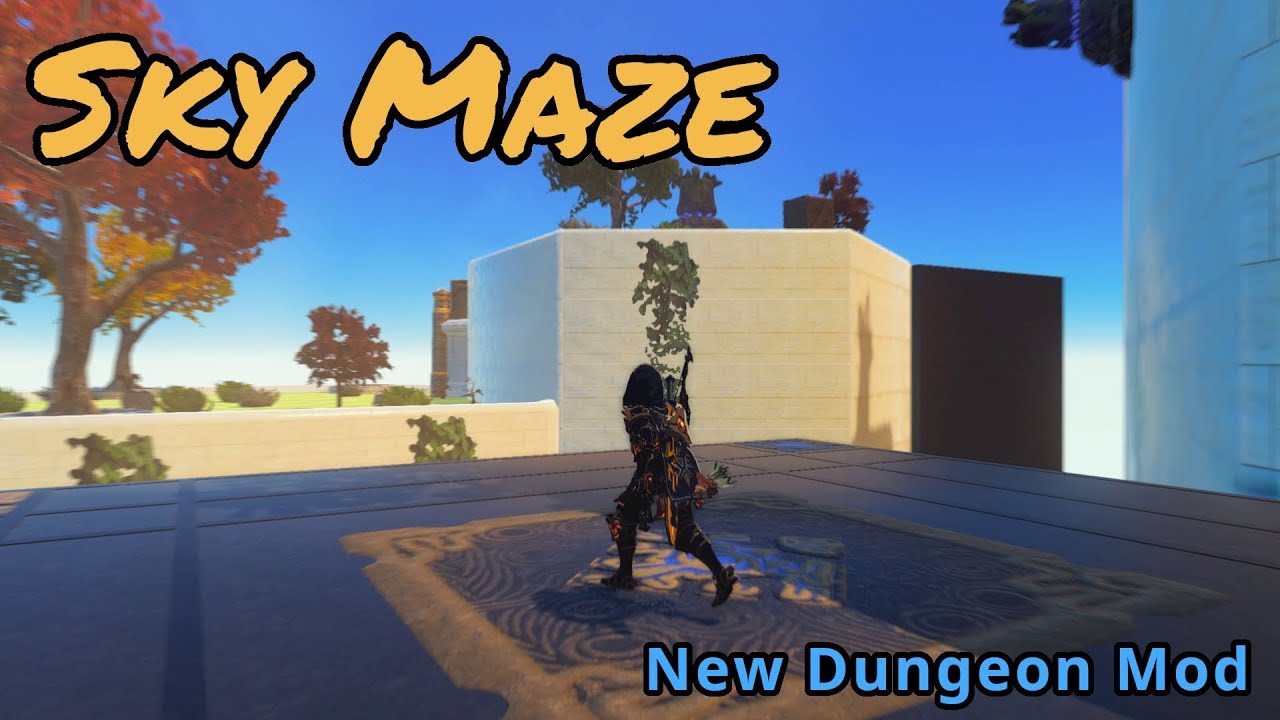 As you can tell, it’s got all the hallmarks of a traditional Zelda dungeon design. You’ve got switch puzzles of all types, including ones that need extra work to pin down. You’ve got your familiar combat scenarioo rooms, where defeating all the enemies is required to open the way forward. Hell, it’s even got one of the Ganon Blights reused as the dungeon’s boss, complete with fancy corridor lined with healing items beforehand.

It really is a full blown Zelda dungeon in Breath of the Wild’s engine, and it puts many of Nintendo’s own efforts in game to shame as a result.

Of course it’s not perfect. The music for the dungeon boss doesn’t function correctly, and said boss doesn’t vanish the way it should do upon being defeated. The soundtrack in general doesn’t fit the setup, especially not with the shrine/Divine Beast battle music playing when enemies are encountered. And while its certainly functional in the traditional sense, it doesn’t quite have the charm or originality of many of Nintendo’s own 3D dungeon efforts (like the Forest Temple, Stone Tower Temple or Arbiter’s Grounds).

But it’s early days yet. And given custom programming for the game is rather difficult to implement at this point, it’s a valiant effort none the less.

So kudos HailToDodongo. First you made an amazing custom ‘Ancient Cave’ shrine, and now you’ve built an entire floating city dungeon to go with it. Kudos for doing what Nintendo didn’t here, and turning shrines into traditional full scale Zelda dungeon experiences.

Let’s hope you’ll make more of these in future!