Neo Bowser City Has Been Remade in Mario Kart 64!

Neo Bowser City Has Been Remade in Mario Kart 64!

When it comes to custom tracks in the Mario Kart series, there are tons of choose from. From ports of tracks of Airship Fortress and Waluigi Pinball to Mario Kart Wii to new tracks based on everything under the sun, the fanbase has gone above and beyond when it comes to adding custom content to their favourite titles.

Yet despite this, Mario Kart 64… didn’t really used to get very much. Oh sure, you had the odd graphics hack here and there, and basic custom tracks were beginning to crop up about a year or so ago.

But there was little beyond that. Nothing like CTGP for Mario Kart Wii, that’s for sure!

Yet now it seems things might be about to change. Why? Because not only has a major project called OverKart 64 started up online, but we’re also getting tracks from all manner of unexpected games ported into it too. With one of the most impressive ones being this remake of Mario Kart 7’s Neo Bowser City course, as redone by modder Litronom! 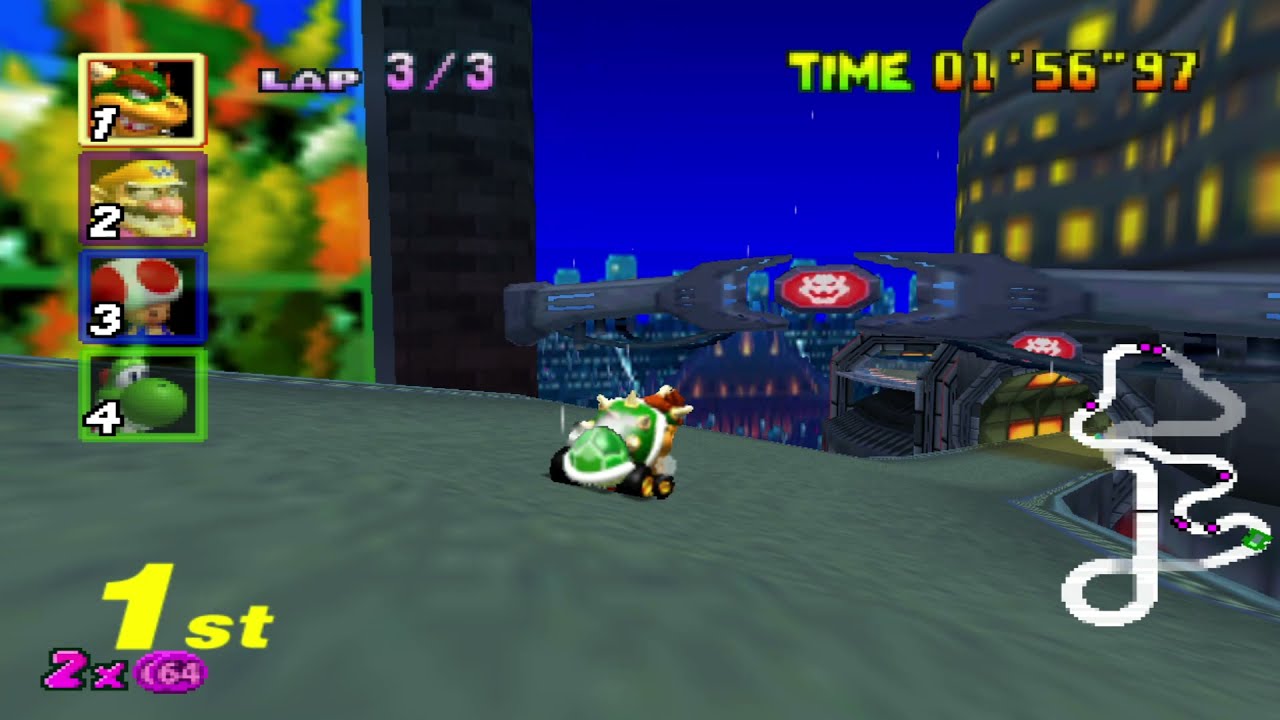 As you can see, it works surprisingly well given the limitations of the original format. The track layout is flawlessly copied from the original game, with few to no lost features. The weather effects carried over, complete with the rain endless pouring down from the sky.

And hell, even the music has been ported over too! It truly is an impressive recreation, and one that we could easily see being made by Nintendo in some sort of parallel universe. That’s just how good it is on both a tech and design level.

So congrats to Litronom on their amazing work here, and congrats to the Overkart 64 community for making Mario Kart 64 modding a reality! It’s amazing to see mods for Mario Kart 64 being made like this, and better still to see tracks like Neo Bowser City working so well in an N64 game.

Still, what do you think? Are you impressed to see Neo Bowser City remade so well in Mario Kart 64? What other Mario Kart tracks could be remade for said game?