Nearly Half of Captain Toad Treasure Tracker’s Levels are Unused!

Nearly Half of Captain Toad Treasure Tracker’s Levels are Unused!

As you likely know, unused content isn’t exactly a rarity in video games. From the Wind Waker’s numerous unused levels to the early ghost models in Luigi’s Mansion and the trains in Super Mario Sunshine, Nintendo’s titles have always been filled with early ideas and unused elements just waiting to be found by dataminers and hackers.

Hell, there’s so much of this stuff that an entire wiki exists to catalog it, along with unused content pages on every notable gaming wiki and numerous YouTube channels!

However, even with this insane amount of unused content, Captain Toad Treasure Tracker for Switch stands out even more than normal. Why? Because as YouTuber SKELUX explains, a full 50% of the game’s levels are unused!

Yep, you read that right. A whopping 50% of Captain Toad’s stages are unused in the Switch version of the game, including many fully complete ones. Here’s SKELUX’s video explaining more:

Admittedly, it’s not quite as simple as the title makes out. Indeed, while 50% of the levels in the game are indeed unused, many of them aren’t really as exciting as people would hope they were. Four of them are the 3D World levels from the Wii U game, a fair few others are simple debug/test levels, and out of the rest, a large percentage are apparently just unfinished versions of the final game’s levels featured in things like old trailers and E3 demos. So it’s less ‘half of the levels are unused’, and more ‘half of the level slots are taken up by unused stuff’.

Yet it’s still impressive none the less, especially given that a fair few of these stages are indeed almost complete with level design on par with the used ones. Like this mineshaft level that has you climbing, dodging spikes, moving blocks and even swimming to find a convoluted path to an immediately visible star: 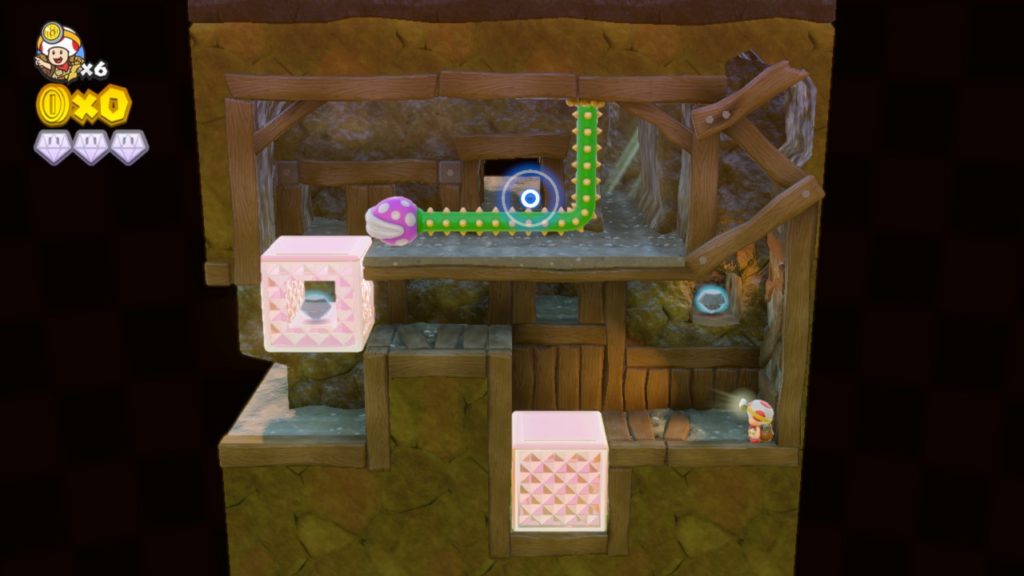 Or this neat little number set on top of a floating birthday cake. It’s not the biggest or most complex level, but it does set up some nice puzzles with the Ant Troopers none the less, and would work really well as an actual stage in the finished game: 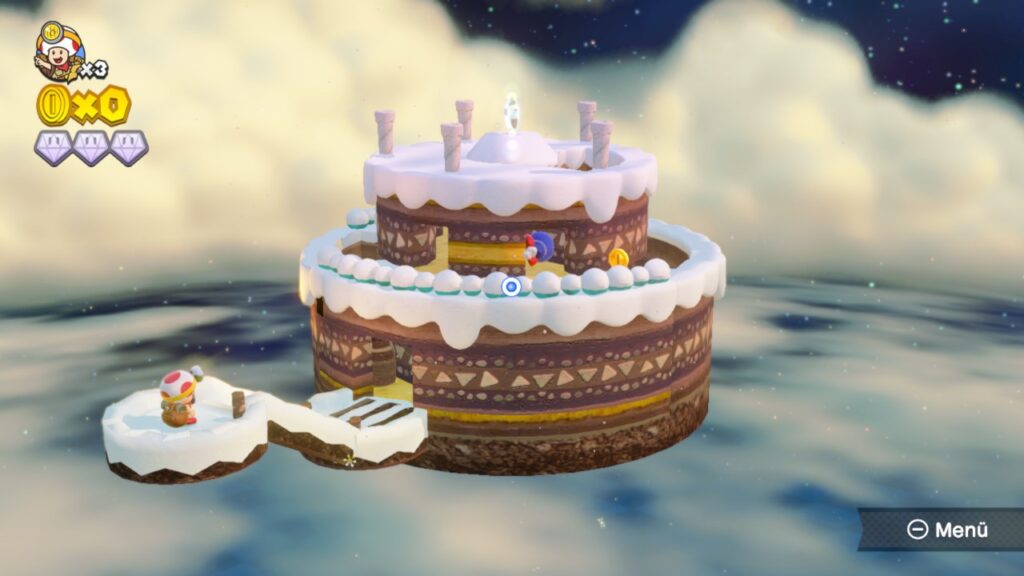 There’s also a stage showcasing another mechanic not seen in the final product, flip switches from Super Mario 3D World. Again, it’s not the most complex level, but it’s a neat enough puzzle set up none the less, and with a bit more work, could have been a pleasant introduction to yet another fun level gimmick.

Most intriguingly though isn’t any of these stages. No, it’s a completely unfinished one with no working models seemingly inspired by a shipwreck. That level would have Captain Toad trying to escape a sinking ship, complete with the goal being to reach a teleport box on the mast and escape to a lifeboat. It’s a really creative idea for a stage overall, and makes us wish we had something more to look at than a bunch of random squares in a level editor/model viewer: 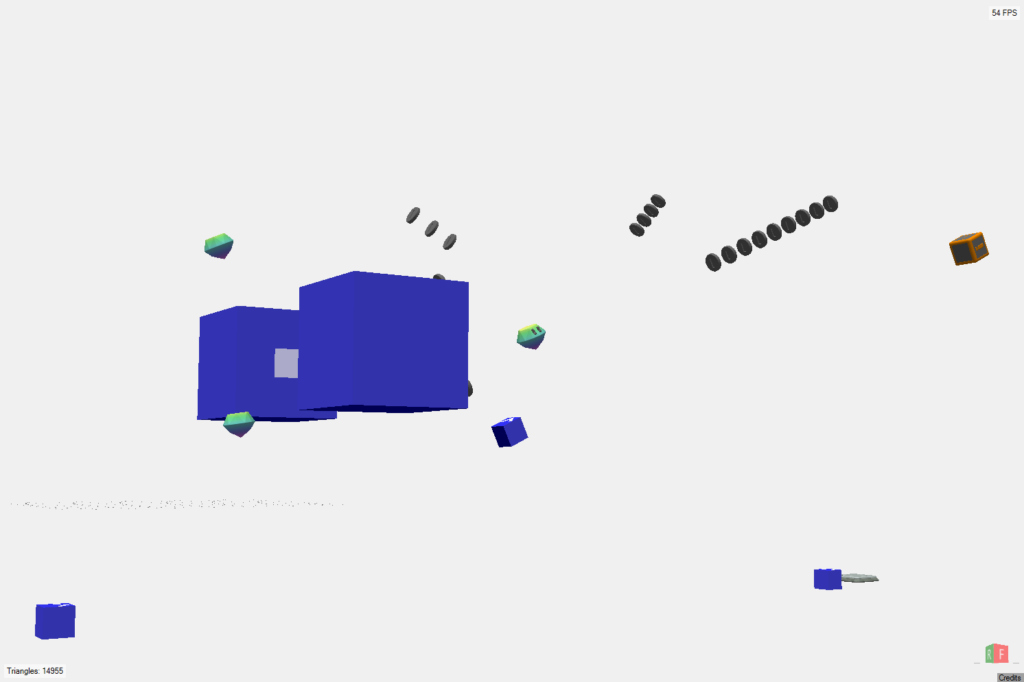 Ah well, it’ll make for a great addition in the next DLC pack. The game is getting another one, right?

Oh, okay then. Guess Nintendo’s not announcing anything there anytime soon.

But they really should, since Captain Toad has plenty of room for improvement in the DLC department. For instance, not only could they add these unused levels, they could also add the 3D World ones back in too.

Especially as you know, they’re actually right there on the game card, and work perfectly fine when hacked in.

So here’s hoping Nintendo makes them accessible in the Switch game in future, along with the other fleshed other stages shown in the video.

Still, what do you think? Do you find it interesting how so many levels go unused in Captain Toad Treasure Tracker? Do you think some of them should get a chance to shine in future updates?

And what are your thoughts on the 3D World stages that Nintendo left inaccessible on the game card? Should they make a comeback too?

Tell us your thoughts on the matter in a comment below, or over on Gaming Latest today!

Nearly HALF Captain Toad’s Levels are UNUSED! (SKELUX on YouTube)