As anyone who reads The Cutting Room Floor or Mario Wiki knows all too well, Super Mario Sunshine has changed a lot in its development. It had various levels redesigned or cut from the game, including unused islands and hotels. There was a train system removed from the game, with easy transport between levels planned in a far more organic way than the final game.

And there were numerous cut enemies too. These include a giant Strollin’ Stu like creature called Hinokuri2, and a strange graffiti like Goomba that can still be found out of bounds in Pinna Park.

Yet the coolest piece of unused content in Sunshine wasn’t any of these. No, it was the early Delfino Plaza map, which looked nothing like the one from the final. This version had the unused enemy mentioned earlier, a far more chaotic layout for the buildings, and even human NPCs that are nowhere to be seen in the final product. 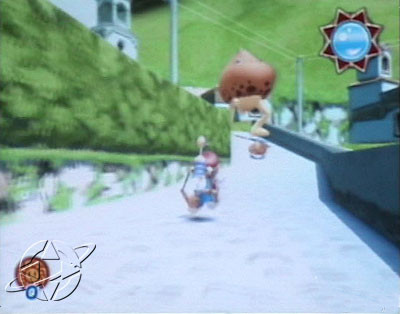 It was an awesome looking map, and one which fans long hoped existed somewhere in the final game.

Fortunately, as it turns out, that is indeed the case! Why? Because as Nintendo YouTuber SwankyBox found out, an early graffiti map for Delfino Plaza actually featured a 3D height map for the unused plaza, letting him and his team completely recreate it altogether!

Here’s the video showing how the whole process worked: 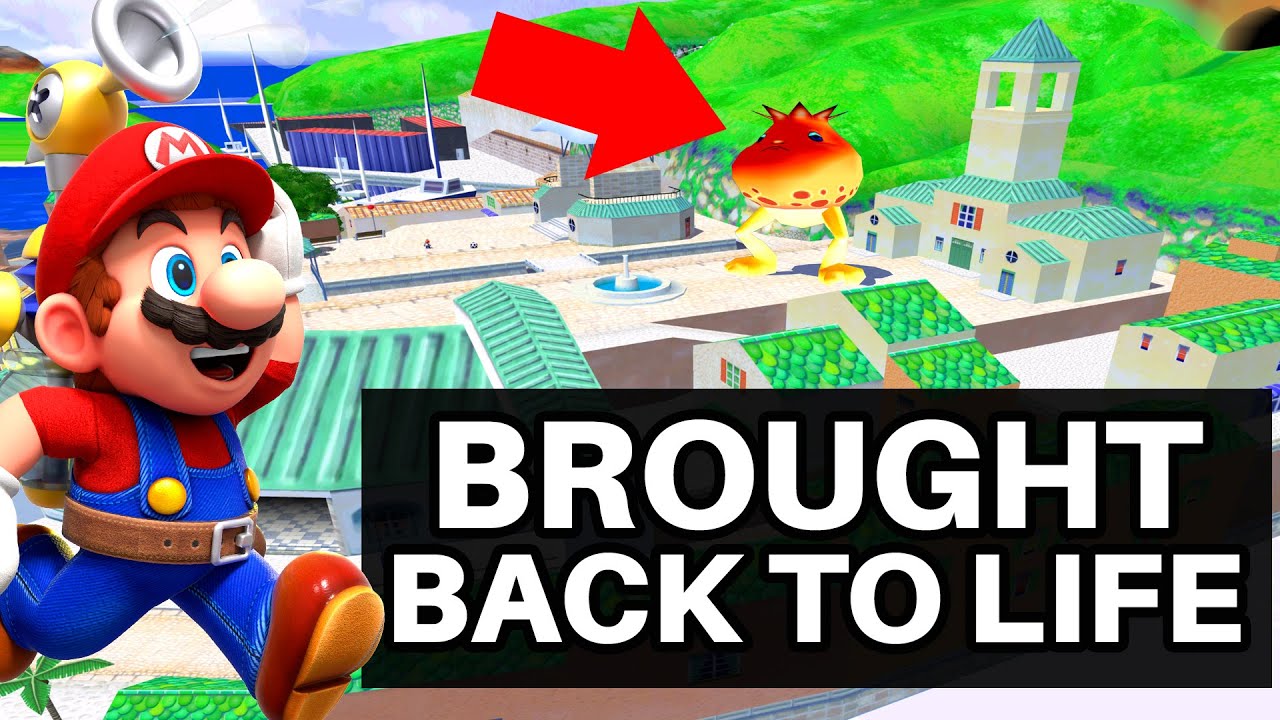 As you can see, it’s a really good recreation! Oh sure, there were a few gaps filled in here and here, since the height map only showed floors and roofs rather than walls…

But it mostly remakes everything as you’d expect. The houses look good and are in logical places, the unused Hinokuri enemy is running around like in the Spaceworld trailer, and with things like the unused football object chucked in, it’s as close as you’ll likely get to playing the Spaceworld version of the game.

And that’s not all either. Oh no, this map won’t just be randomly released on its own as a one off…

Nope, it’ll actually be integrated into the Super Mario Sunshine ROM hack Super Mario Eclipse, with the plan being to let you switch between it and the modern plaza in a sort of time travel like setup. It’s like how you can go between the past and future in Ocarina of Time, or between the modern version of Peach’s Castle and the Shroobified Shroob Castle in Mario & Luigi Partners in Time.

So thanks to SwankyBox for his awesome work on the video, to Tempo, Yoshi2 and the rest of the team for remaking the model…

And thanks to the Super Mario Eclipse team for actually using it in their awesome looking ROM hack. It’s great to see, and makes us excited to see what other ‘beta’ content these mods bring back in future.

Still, what do you think? Are you happy to see the early Delfino Plaza map revived like this? What do you think about content from older versions of Super Mario Sunshine being restored in mods for the game?

Leave your thoughts on the matter in the comments below, on social media, or on our Discord server today!