Damn, this last Direct has been one for unexpected spinoffs, hasn’t it? First we got another Fire Emblem games, then DLC for Mario Kart 8 Deluxe…

And now a new Mario Strikers game has been confirmed for Switch too! Named Mario Strikers: Battle League, the title brings all the style and classic gameplay of the GameCube and Wii games to the Switch, complete with lots of new characters and fields to play on.

Here’s the trailer so you can see it for yourself: 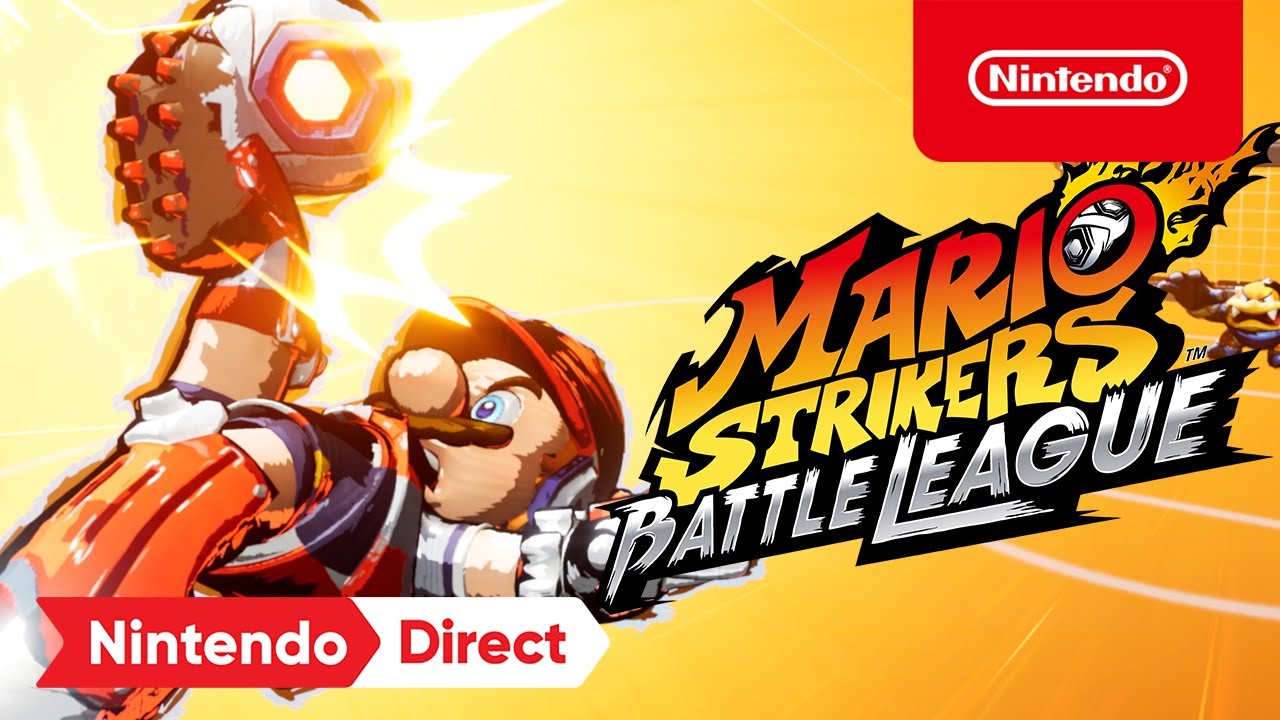 It’s already pretty awesome, especially given how long it’s been since the last one of these.

Yet the excitement doesn’t end there.

No, it seems like there have been a few mechanical and aesthetic changes since the last game’s 2007 release too. For one thing, character customisation is here, with different outfits having an effect on various stats. So, if you liked the system in Golf/Tennis/Kart, it’s here now too.

There’s also a new strike system too, but that seems to be another variation on the Super Strike rather than anything too exciting or different.

And then… there’s whatever’s going on with the fields.

Why? Because the fields in this game aren’t just 1-1 themed or Bowser’s Castle themed. They just don’t have a single aesthetic or theme to deal with.

No, they’ve got two themes instead, with each half being based on a different concept. Presumably, this will change up the gameplay based on which ones are chosen, giving twice the variety of a standard field.

But we can’t tell much about this for now. All we know is that it’s highlighted in the trailer intro, and ever present in the footage shown throughout the rest of the video.

Still, what do you think about this game? Are you excited for a new Mario Strikers game after all these years?