Well, it was bound to happen eventually. With aesthetics and gameplay mostly taken directly from Super Mario Bros 1 and all the press coverage it was receiving, the question with Mario Royale wasn’t if Nintendo would take action, but when.

And in this case, that ‘when’ turned out to be a couple of days ago. That’s because a few days ago, game creator InferBro received a takedown message from Nintendo, which presumably stated that the game infringed on their intellectual property.

So he’s now gone into overdrive removing all the Mario related branding from the game and turning it into something new instead. The title is now DMCA Royale, the main character is called ‘Infringio’, the game’s graphics have been replaced by… this blocky looking Microsoft Paint style abominations: 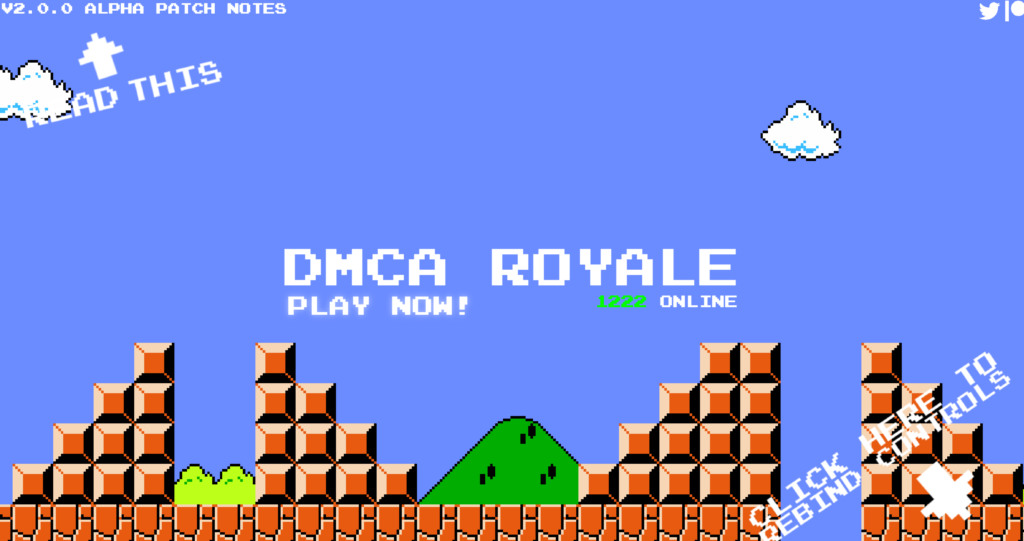 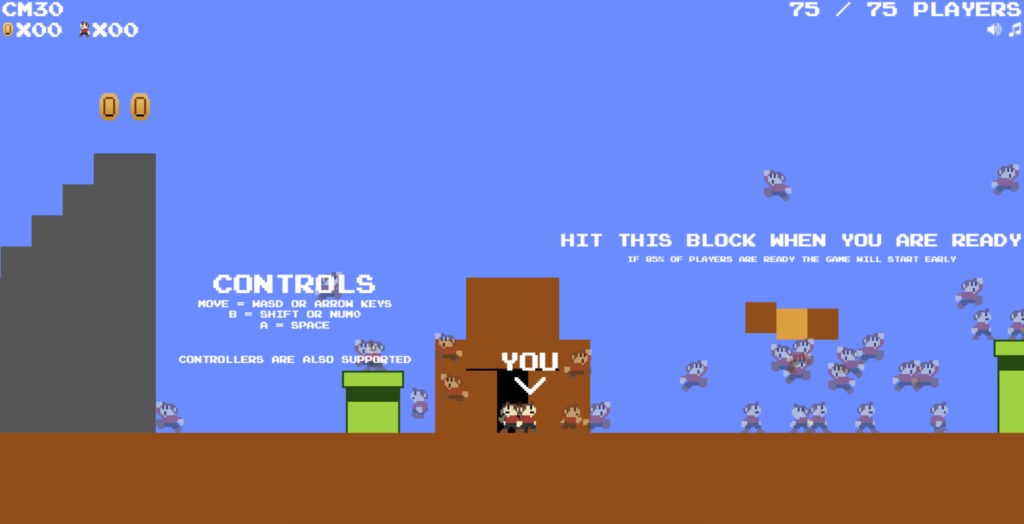 Hell, even the sound effects got replaced here!

It certainly makes for a different experience, we’ll say that much.

But will it be enough to satisfy Nintendo?

Honestly, we’re not sure. While the graphics and sounds are certainly different here, the actual gameplay is nigh identical to the original Super Mario Bros, down to the level design and basic mechanics. This means that even with placeholder assets, the game arguably hits a bit too close to home on the legal side of things.

So there’s still a possibility Nintendo will find the similarities too close for comfort here.

But for now, all we can do is relax and look at the positives here. It’s still running, unlike Full Screen Mario. Development is still ongoing, unlike AM2R and Pokemon Uranium.

And while the visuals and sounds have changed, the basics are still all there to enjoy, unlike many fan games turned original products.

So in that sense, the game’s come out of this whole situation pretty well really. It’s not dead or gone, just rebranded and looking a bit worse for wear.

Here’s hoping it stays available for the foreseeable future.