When it comes to mods for the Mario Kart series, what’s the first game that comes to mind?
Well if you’re like most people, it’s probably Mario Kart Wii. That game’s received thousands of custom tracks, hundreds of custom characters and more other mods than you can shake a stick at.

Either way, it appears that every Mario Kart modder is focused on maybe two games, with the others getting ignored and left behind.

However, this isn’t the case. Nope, while Mario Kart Wii and 8 take the spotlight, it turns out Mario Kart DS has been getting its fair share of mods too. Like Mario Kart DS Deluxe, a title that tries to take tracks from future Mario Kart games and reimagine them in the Mario Kart DS engine.

As you can tell, it certainly brings a wide array of tracks over from later games. You’ve got Moo Moo Meadows and Mushroom Gorge from Mario Kart Wii. Alpine Pass and Neo Bowser City from Mario Kart 7.

Hell, you’ve even got a bunch of Mario Kart 8 tracks all simplified and toned down for the 3DS, including Bowser’s Castle and Cheese Land! It’s a pretty crazy selection, and when you then add tracks inspired by other games (like Resident Evil) to the mix, you’ve got a crazy selection you’d never expect in any Mario Kart game, let alone one on handheld. 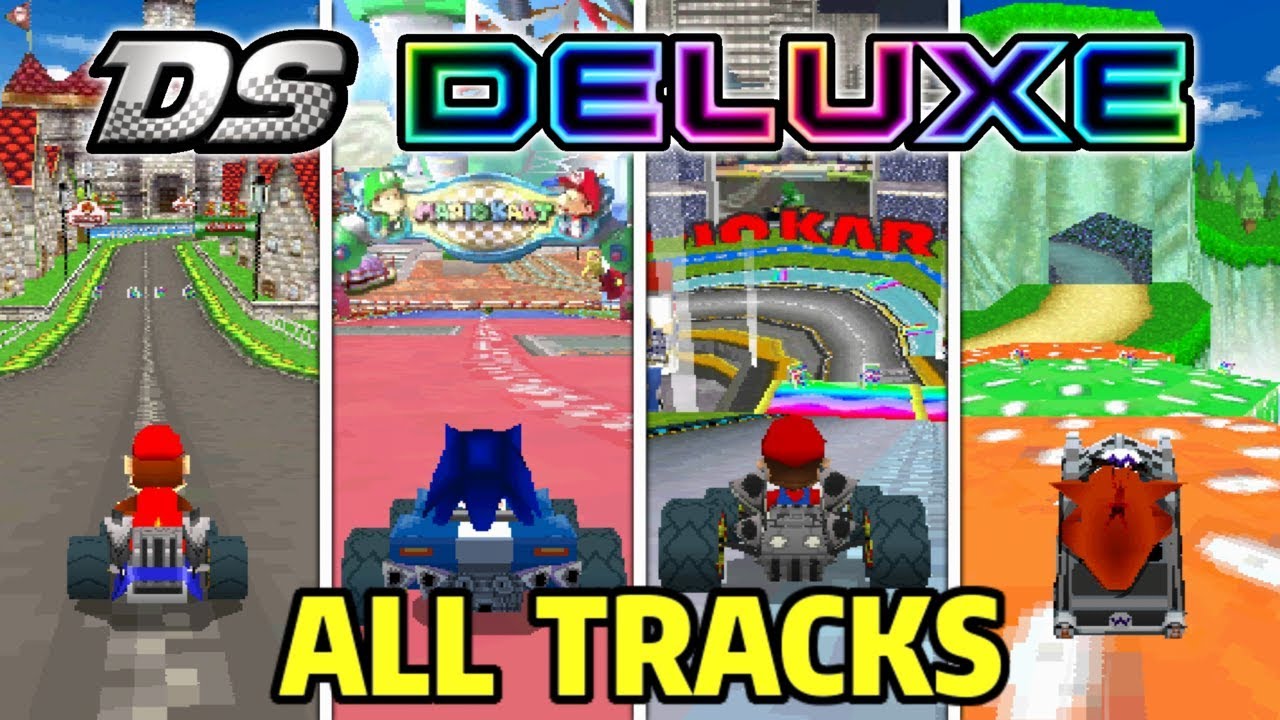 And it doesn’t seem like that’s all the mod provides either. No, it seems it’s switching up the characters too, with Sonic the Hedgehog and Crash Bandicoot (among others) making an appearance as playable characters. It’s all pretty neat if we do say so ourselves.

What isn’t so neat however is the trailer itself. Unfortunately, said video doesn’t advertise the mod well at all, and due to both a lack of driving skill and the game’s rough edges, it makes it appear somewhat lacking compared to how it could be.

It’s a shame really, especially given all the hard work put into the mod so far. At least if it was cut differently, the video could have avoided showing off things like Mushroom/Flower physics not working yet or certain backgrounds not being animated.

Ah well, it’s still a mod with a lot of promise and (assuming it gets finished) will likely be one of the better Mario Kart DS hacks we’ve seen in a while. So if you’re still interested in the game (or want to see how Mario Kart 8’s tracks could have worked on the DS), check it out. It’s definitely got some serious potential!