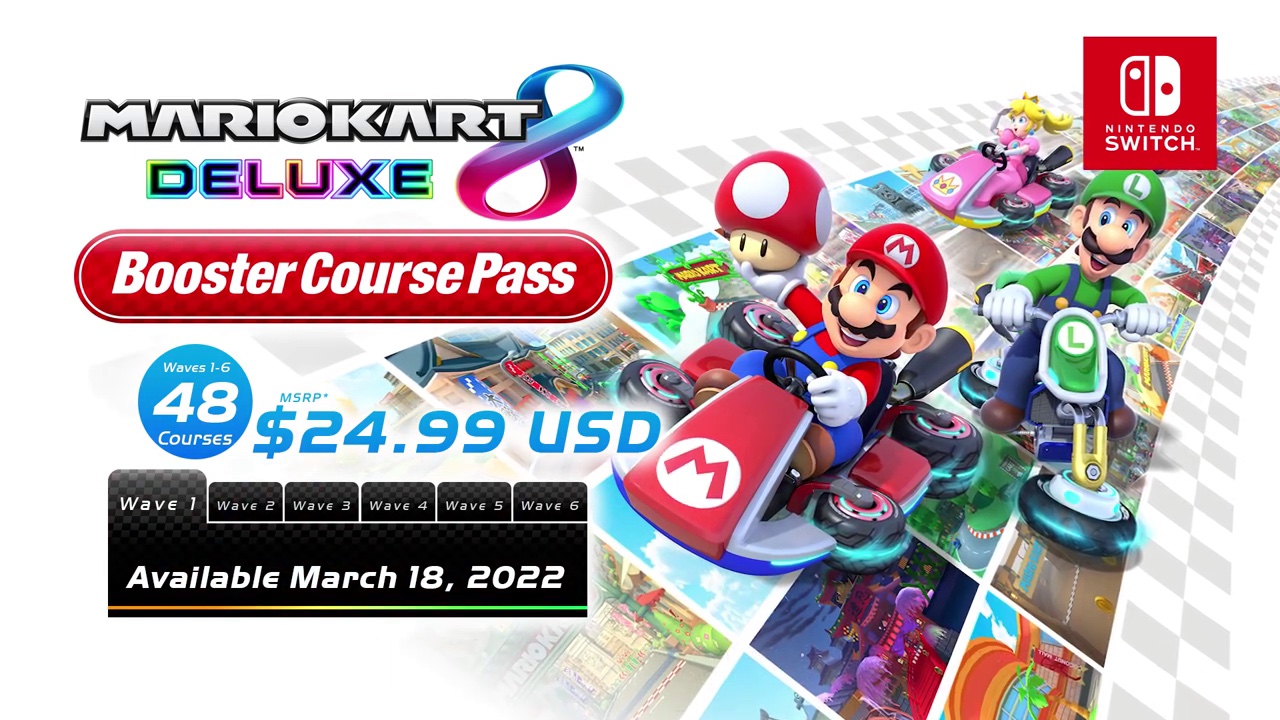 Well, this is a surprise we never thought we’d see in a million years! Yep, in today’s Nintendo Direct, Nintendo announced the Mario Kart 8 Deluxe – Booster Course Pass, which would be released in waves throughout 2022 and 2023 and include 48 remastered/remade tracks from previous Mario Kart titles.

Here’s the trailer showing it in action:

As well as a PR announcement from Nintendo:

A total of 48 remastered courses from across the Mario Kart series will be coming to Mario Kart 8 Deluxe as paid downloadable content! Eight courses will be released at a time over six waves by the end of 2023, which can all be played locally or online. You can enjoy the Mario Kart 8 Deluxe – Booster Course Pass at no additional cost with a paid Nintendo Switch Online + Expansion Pack membership or purchase it on its own for $24.99. Courses such as Wii Coconut Mall, N64 Choco Mountain and Tour Tokyo Blur will be included in the first wave.**** The first wave of the Mario Kart 8 Deluxe – Booster Course Pass will launch on March 18. Pre-orders for the DLC begin today in Nintendo eShop.

It’s a pretty insane deal really, and at the price of $24.99, one that just about every Mario Kart fan is probably going to want to buy when it begins on March 18th.

So what do you think? Are you excited for new Mario Kart 8 Deluxe tracks this many years after the game’s release? What tracks do you hope Nintendo is going to include here?