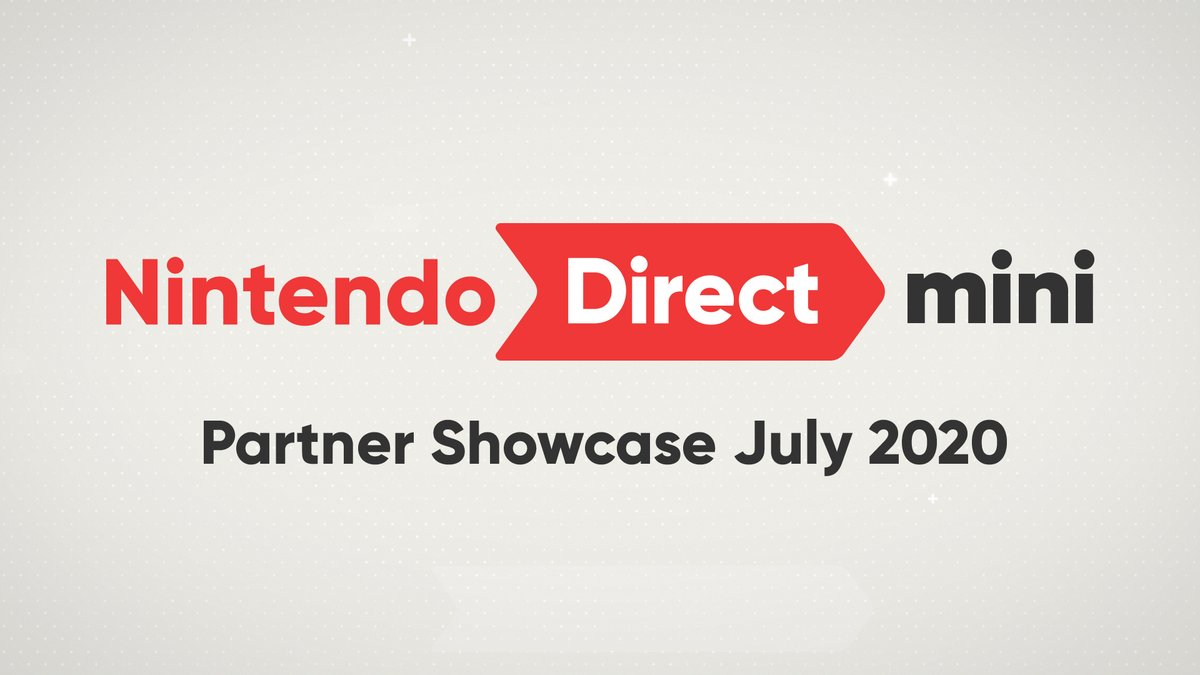 Well, it’s finally here. After months of rumours and speculation, Nintendo have finally announced a new Nintendo Direct is coming today at 3pm. Here’s the tweet from the company themselves confirming it:

What’s more, given the Japanese tweet about the Direct implies it’ll only be around 10 minutes long, it’s likely said presentations won’t be too detailed either. So less lengthy 2017 Switch Presentation esque deals, more short 2-3 minute ones.

Still, now it’s here, let’s look at it shall we? We’ll embed the presentation here when it’s finally available online (since it’s not being streamed live):

And we’ll post a liveblog in this article too. Interested? If so, it’s time to watch that Direct!

However, the Japanese Direct also leaves out WWE 2K Battlegrounds and Rogue Company in exchange for those, so swings and roundabouts I guess

That one still has Cadence of Hyrule and the Shin Megami Tensei games, but also includes a few I don't know the name of too.

If this was the start of a Direct, it'd be great. But on it's own? Come on, we need a few more announcements here.

Seems more like half a Nintendo Direct than a full one.

Well of course it's a simultaneous worldwide release. Nintendo Switch games aren't region locked, so they all are.

Again, looks promising, though there's no actual gameplay footage to go on. Just what seem like cinematics.

Shin Megami Tensei V now, which is a new game in the series for Nintendo Switch

Oh wait, not over.

It's a HD remaster of Shin Megami Tensei Nocturne 3. Seems like a good remake/remaster, though I'm not familiar enough with the original game to know how big the changes are here.

Final announcement now. And it's an Atlus game

Either way, it's coming on September 18th.

Probably better than the disaster that was last year's game

As expected, it's a very arcadey fighting game with WWE wresters, in the style of old school arcade and console games.

Next up, WWE 2K Battlegrounds

Next up, WWE 2K Battlegrounds

More info about it is coming later today

Cross platform play and cross progression seem neat though. Should become a standard feature across all games to be honest.

Next is Rogue Company

Version of game with all DLC launches October 23

DLC pack 1 is coming today, DLC 2 and 3 to be released later

Can change abilities based on mask worn

Pack 3 is Symphony of the Mask. Has you play as Skull Kid, as you venture through a new map with new songs and a new story.

Wait, Family Jules worked on these? As in, the YouTuber? Huh neat

Pack 2 is the Melody Pack, with 39 songs

Also Frederick. Who the hell is this guy?

Shadow Link and Shadow Zelda, for some reason

These include Impa, who excels with ranged attacks

Hmm, less than 10 minutes, and with a COVID warning. Ok.

Now it's up. Time to start watching!

Now it's up. Time to start watching!

Either way, the Direct ought to go online right now!

This is a test